Ortakoy Mosque is one of the most beautiful mosques of Istanbul, which are located specifically in Ortakoy Istanbul overlooking the enchanting Bosphorus Strait. It was built in 1853 AD, with foundations up to a depth of 20 meters to protect the building from earthquakes. It was ordered to be built by Sultan Abdul Majeed bin Mahmoud II.
The architect Qahrabet Amir Balyan built the mosque in the style of Baroque architecture, which is one of the most important places of tourism in Turkey in Istanbul, the capital, and it consists of two main pillars, namely, the worship corner, and the corner of the Sultan’s Forum, and is characterized by a bobble dome and surrounded by unique decorations, two minarets Two towers are very beautiful.

The best things to do in the Ortakoy Mosque

• When entering the Ortakoy Mosque in Istanbul, you will see elegant inscriptions and motifs that sparkle from the inside. You can also see the seal on the door of the mosque, which indicates that the Sultan who built the mosque is Sultan Abdul Majeed. 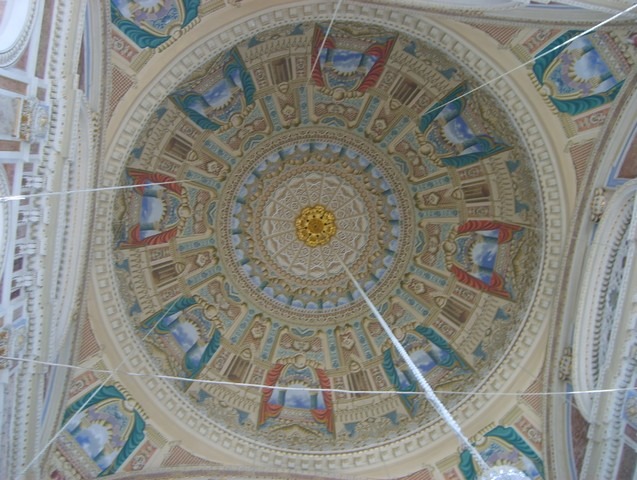 • Enjoy watching birds flying in the Istanbul sky around Ortakoy Mosque in a very beautiful view. You can also take some memorial photos around them. 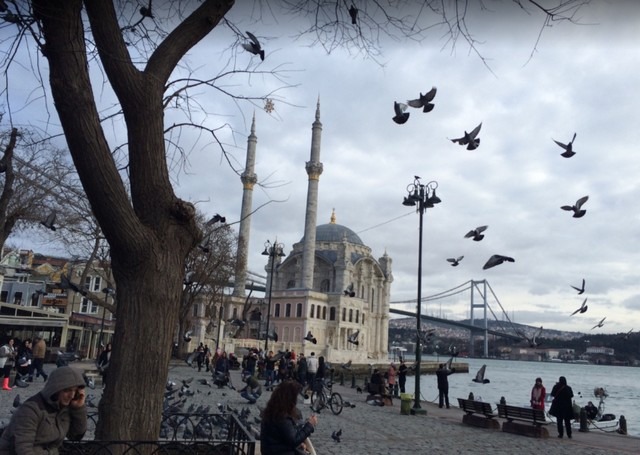 • You can perform daily prayers in this mosque, which is characterized by religious motifs, and also includes many bright chandeliers that illuminate the mosque magnificently.

• When the time for sunset comes, you will be surprised by the spectacular view of the sun rays swimming in the waves of the Bosphorus Strait around the coast of Ortakoy and the Ortakoy Mosque and making it a magical view.

• You can enjoy watching children swimming in Istanbul’s Ortakoy Mosque. 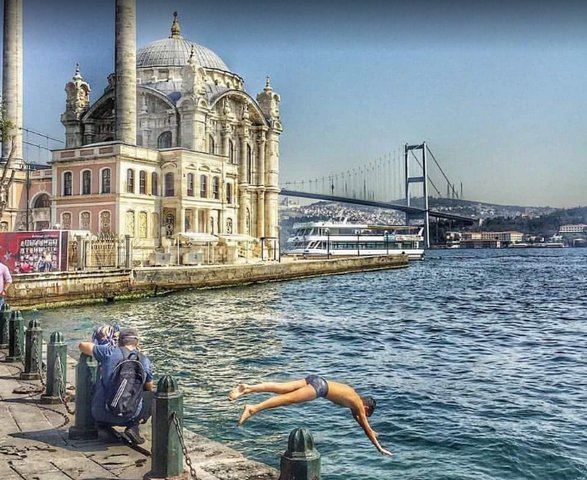 • Relaxation and mental clarity over the places to sit in front of this picturesque nature that surrounds the mosque, as it is considered one of the most beautiful tourist places in Istanbul, Turkey. 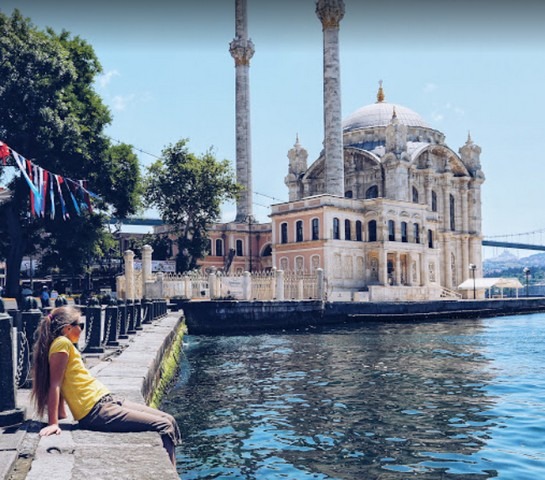 Enjoy watching the huge Bosphorus Bridge, which connects the Asian part with the European part in Istanbul.

• You can board a boat near the Ortakoy Mosque in the Ortakoy region for a great tour around it.

• At nightfall, the Ortakoy Mosque turns like a bright luminous light with bright lights in the middle of the Bosphorus in a panoramic view that pleases the eyes of the viewers.

Finally, you can continue your tour between the nearby Istanbul landmarks such as Ortakoy Bazaar, Dolmabahce Palace, Yildiz Park Istanbul and Yildiz Palace

Opening times at the Ortakoy Mosque

Radisson Blu Bosphorus is one of the best hotels in Ortakoy Istanbul, the hotel is 550 meters from the mosque.
Summary of Arab visitor ratings
The Radisson Blu Bosphorus Hotel has received good reviews about the location, hygiene, comfort and staff, with complaints about traffic congestion around the hotel, and other comments on the design of the bathrooms.

Princess Istanbul Hotel is one of the best Istanbul hotels, and it is only 350 meters from the mosque.

The hotel received good on-site reviews and good ratings on convenience, value for money, and free Wi-Fi.
Some visitors complained about the condition of the furniture and the level of hygiene in the hotel as well as the abuse of some employees.

The best 8 activities at Ayoub Sultan Mosque in Istanbul, Turkey