If you are a fan of ancient history, amazing beaches and wonderful food, there is no doubt that you will be fine with the Italian island of Sicily, one of the most important destinations in this beautiful country. Sicily is the largest island in the Mediterranean and provides all of those people that we mentioned and many more, it is the home of Mount Etna, the largest active volcanic mountain in Europe … and because the trip to Sicily deserves many days to discover its beauty and splendor, we will know the best that you can do within 10 days of Your visit to Sicily!

Palermo is a journey into history and beauty

The best place to start discovering this magnificent island is Palermo which is the capital of Sicily. Palermo is worth two days (and more) to discover, especially its old center, where you will find great attractions. We recall Maha Palermo Cathedral, a church built since the 12th century according to more than an engineering style, and Capuching Catacombs, a site considered as a journey in the history of Palermo as it contains a chronology of the inhabitants of this region with details of their lives, their tombs and their clothes … It is also necessary to visit the Palermo open markets Where you will find a lot of local Italian products that local craftsmen offer on the street, along with the freshest ingredients of fresh Italian cuisine and other…

On your way outside Palermo, climb towards Monte Caputo for a stop in Monreale, where you will find the huge cathedral built between 1174 and 1185 and world famous for its golden mosaic, which elegantly adorns the interior. Climb to the rooftop above the dome for stunning views of the area and the Conca d’Oro or Gold Bay.

Sicily is an ancient wonderland

Erice is the home of palaces

Your next stop in Sicily should be in Erice, an ancient town overlooking Trapani and the Mediterranean. If you like medieval architecture, you will be fond of Erice, home to ancient palaces, temples, reinforced walls, stone streets, and numerous churches. Like this town, it is known for its exclusive desserts, especially the delicious almond biscuit. Here you will also find one of the most popular Sicilian bakeries, Maria Grammatico.

Agrigento Valley of the Temples

Also in Agrigento where you can spend a day there you will find the most popular site in Sicily known as the “Valley of the Temples”. This valley includes ancient Greek temples dating back to 500 BC, along with traces of buildings and roads in what is considered to be the best preserved Greek civilization in the world. This site deserves a full day’s visit! We also recommend visiting the Archeology Museum, which includes more than 5000 distinguished works.

The splendor of Syracuse

In the old days, Syracuse was an important city that fell under the rule of many civilizations and rulers, including Greece, the Roman Empire, and the Byzantine Empire. Today this beautiful city includes stunning monuments from all these civilizations, including the Temple of Apollo, which is the oldest Greek temple in Sicily, the Roman theater as well as the huge Greek theater carved into the rock. The pleasure of discovering this cultural momentum deserves two days in this wonderful city.

The most beautiful hidden islands in Italy

Your next stop in Sicily will be in Taormina, a well-known resort overlooking the eastern Mediterranean. In this town you will also find many Greek engineering buildings, especially the Greek theater which is still in use today and from which you can see Mount Etna. Besides the cultural richness, there are wonderful beaches that you can rely on for unparalleled comfort and relaxation.

We move to Cefalu, a tourist destination located on the Tyrrhenian Sea in northern Sicily. There you will find distinctive landmarks, especially the Duomo, which is a huge cathedral consisting of two towers dating back to 1131 and inside the striking mosaic. You can also climb up the mountain of LaRocca where you will see the monuments of the historic Cefalu Palace and get panoramic views of the beautiful area.

Your last stop will be to return to Palermo, where you can end your trip to Sicily by enjoying food in the area. Enjoy a group of the most delicious exclusive food, especially the Arancini, which is fried rice balls or the Sfincione, a Palermo pizza, alongside the discovery of many street food vendors and their distinctive traditional recipes. 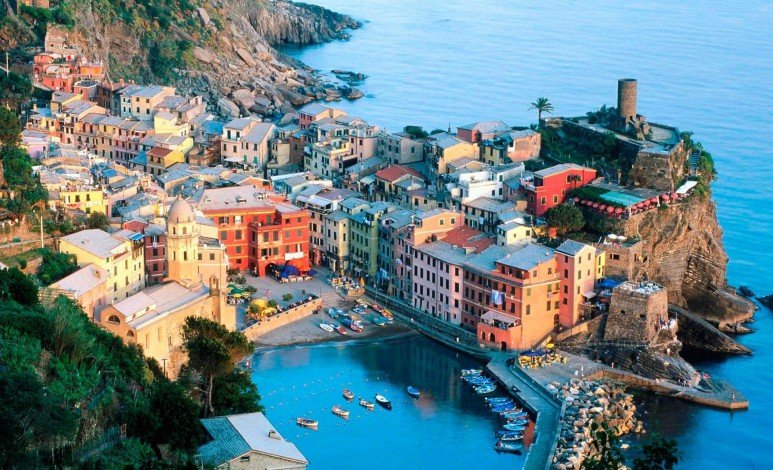 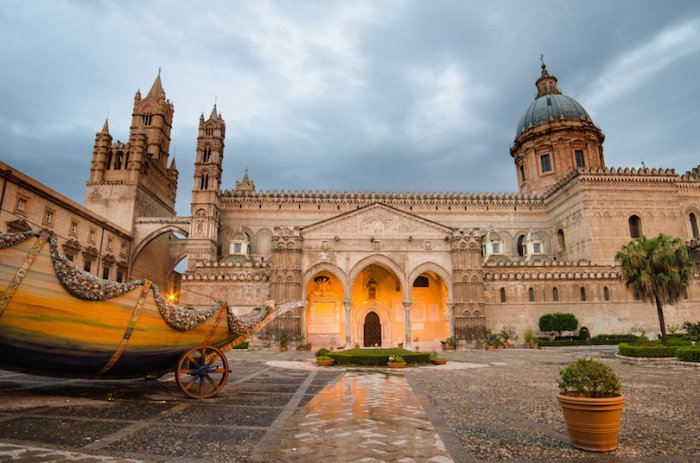 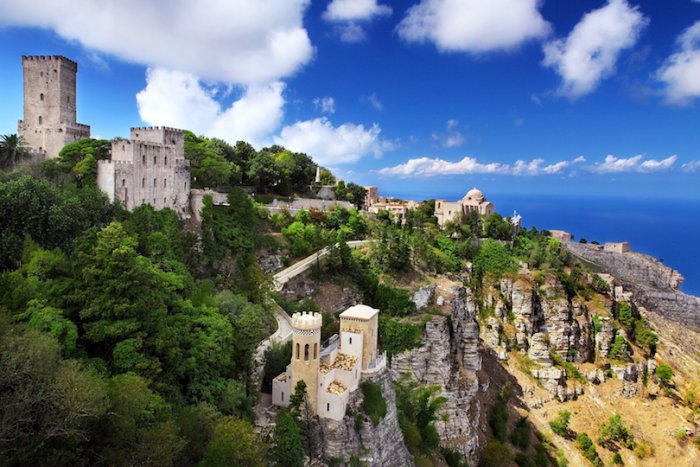 From the aesthetic Erice 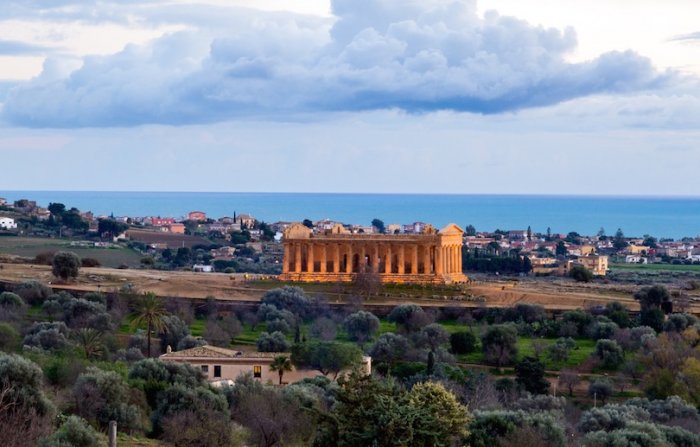 Valley of the temples at Agrigento 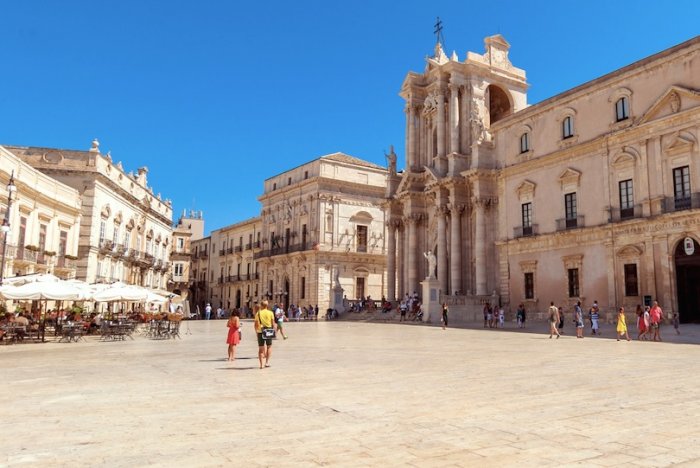 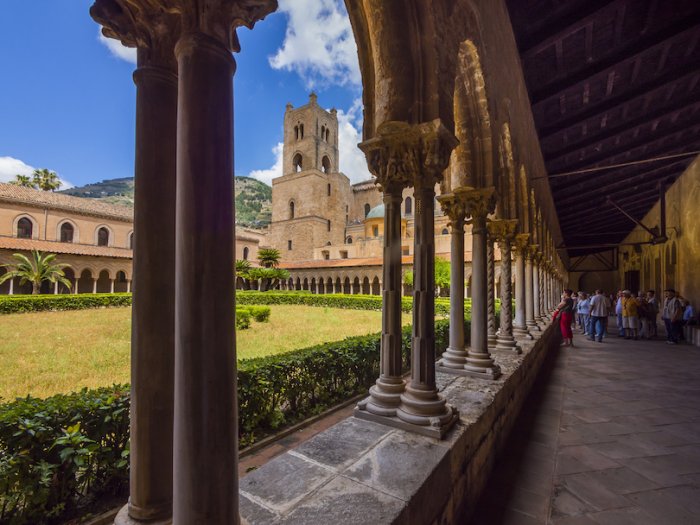 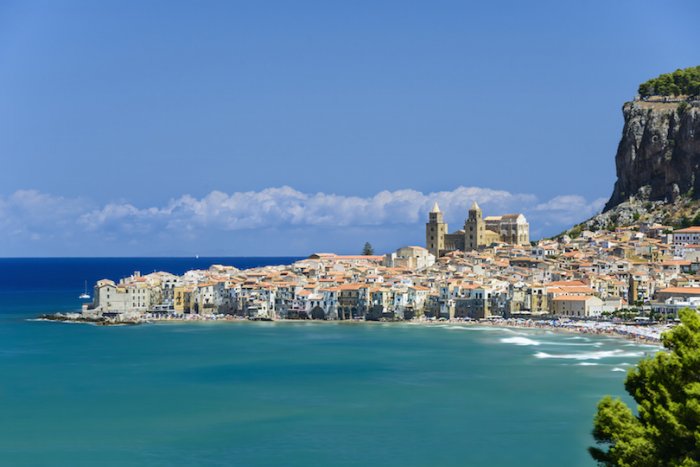 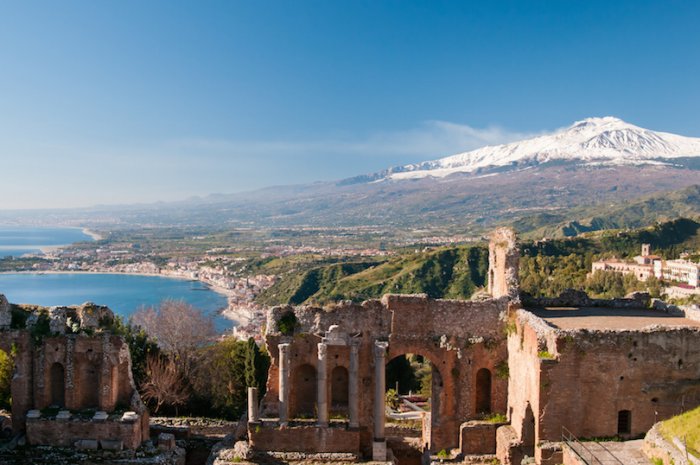 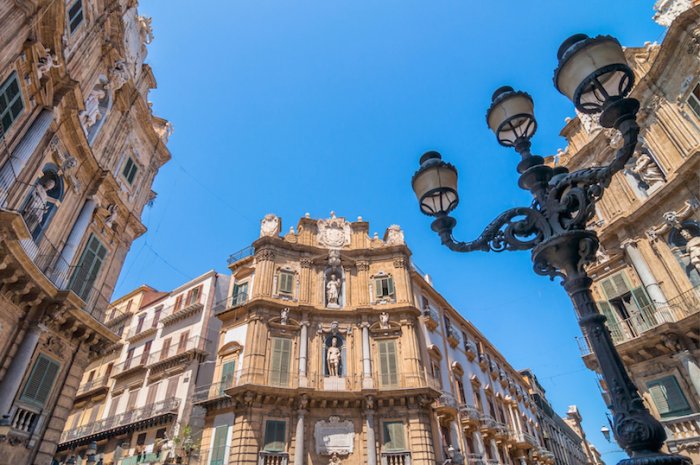 The splendor of Palermo

Good news for Saudis wishing to obtain an American visa!