There is no doubt that this option inhabits the imagination of many people from all over the world. Las Vegas, Nevada, is a great destination for celebrations .. Enjoy the continuous celebrations in the streets and the wonderful fireworks shows that are launched from everywhere in the city. And for dining options, Andre’s Restaurant and Lounge offers a luxurious menu for New Year’s Eve, and Top of the World is also considered the best with a special menu of 5 dishes at a height of 800 feet! The accommodation options are endless in Las Vegas, and we recommend Skylofts at MGM Grand, where panoramic views of the city are available. Nice that you can plan every detail of your trip through the city’s official website.

Not surprisingly, the city of Light Paris was a great place for the year-end celebrations. With attractions such as the Eiffel Tower (where noisy celebrations of fireworks are organized) and Arc de Triomphoe you will inevitably have wonderful times and will have a fine dinner before the celebrations begin in the Champs-Elysees. Among the most important dining options are Fouquet’s, which offers a special menu for events with live music, and L’’beille, the luxurious restaurant with 7 special dishes for the occasion, as well as Le Ciel de Paris, located on the 56th floor of the Montparnasse tower. Among the many hotel options include Hotel Plaza Athenee and Four Seasons Hotel George V.

An unforgettable night on the Sydney Bridge where you will see the huge fireworks alongside about a million people! This is part of the end-of-year celebrations in Sydney where many activities are taking place, including a concert at the Royal Botanic Gardens or La boheme gala at the Opera House. Sydney is a great place to enjoy a great dinner on year-end occasions especially The Sydney Cove Oyster Bar overlooking Sydney Bridge and LuMi Bar and Dining overlooking Pyrmont Bay. There are many options for accommodation, including Glenferrie Lodge, a historic hotel with excellent service and panoramic views, and Cremorne Point Manor, an intimate boutique hotel for wonderful days with a partner.

Once again, the Emirati city of Dubai is preparing for a unique celebration in the world. Having broken the world record for the longest and largest fireworks show, it is preparing for more dazzling this year. Get ready to experience the refined and luxurious style of Dubai across the emirate. There are many dining options in Dubai, we recommend 40 Kong, Mercury Lounge and q43, all located in rooftop overlooking the most amazing city.

The lights of the British capital, London, at the end of the year celebrations are not dim with the spectacular fireworks launched from the Thames and the London Eye. The best sites to watch these celebrations remain Victoria Embankment and South Bank. Barad is the end of the year one of the most important events taking place in London. For dinner, head to Galvin at Windows, located on the 28th floor of London Hilton at Park Lane or The Candlelight Club, which organizes grand celebrations and Hush as it attracts celebrities and members of the London velvet! For accommodation options, London Marriott Hotel County Hall is distinguished for its engineering, close to the “London Eye” and The Savoy, which organizes celebrations inside it, in addition to its wonderful services.

Celebrations in the street, the performance of the most important international artists, and of course the famous ball drop .. Highlights of the celebrations of the American city of New York, especially in Times Square. Buy a party card and get a chance to skip those red ropes and enter the heart of exclusive clubs where you may see a group of your favorite stars! Dinner options are many, including Diamond Horeshe or STK Rooftop and Monarch Rooftop Lounge. The accommodation options are luxury, most notably New York Marriott Marquis and The Knickerbocker.

What do you think of meeting with more than two million people in one of the most wonderful cities in the world, which is the city of Rio in Brazil! Rio has everything needed for a great vacation and an unforgettable year-end celebration, starting with the magnificent mountains, sandy white beaches and the distinctive Bay of Guanabara etc.… New Year’s Eve A huge party takes place on Cocabana Beach attended by hundreds of thousands. For upscale options, head over to the luxurious Cipriani restaurant, located in Belmond Copacabana Palace, which specializes in Italian cuisine with Brazilian touches and Rio Scenarioum combining premium food with live Latin music. The most prominent accommodation options are the 1923 Belmond Copacabana Palace, which retains its historical character and jw Marriott Hotel Ri.

The German capital Berlin celebrates the end of the year in a distinctive and legendary manner with parties held in all the city, especially those that take place around the Brandenburg Gate where more than a million people from around the world gather. The party spans 2 km with great ingredients, especially laser shows and fireworks at midnight. Among the dining options, we recommend Corbobar for its special menu for the New Year and Kat Kat trendy to the fullest extent.

What do you think of spending the period before the celebrations in the sixth largest shopping center in the world and then celebrating an unparalleled dinner in a floating boat in a charming atmosphere? All this can be done during the New Year celebrations in Bangkok, where a huge celebration will take place at CentralWorld Center, where thousands will have to wait at 12 at night with many options around the city. Dining options vary, including the Sirocco located on the 63rd floor of the Tower Club, as well as the Loy Nava Dinner Cruises where 10 fine Thai dishes can be enjoyed at Chao Pharya River. To stay, choose Mandarin Oriental, located on the banks of the Chao Phraya River, where you enjoy a special massage on the first day of the New Year or The St. Regis Bangkok offers excellent services and amazing views.

The Dutch capital, Amsterdam, is distinguished by gathering all its wonderful ingredients in close places. You can see the various celebrations on the night of December 31 in several places, even though the celebrations extend until two days before New Year’s Eve! The magnificent Amsterdam bridges offer great celebration views and you can visit the Rembrandtplein, Nieuwmarkt, Museumplein and Dam Square arenas where celebrations are held in each of them! Great accommodation options in Amsterdam during this period, especially The Exchange, The Grand Amsterdam and others … 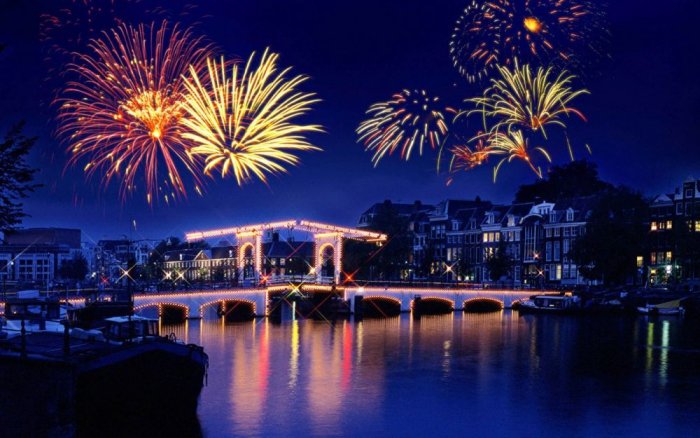 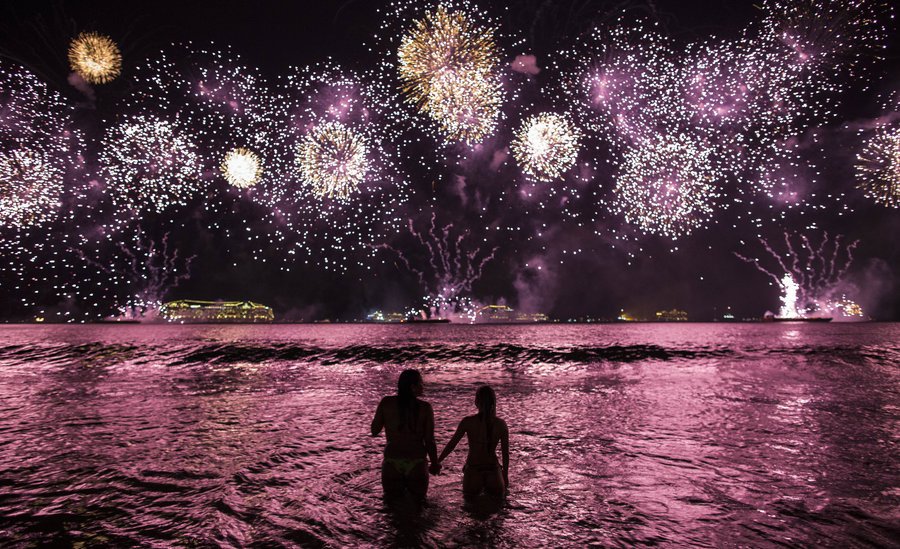 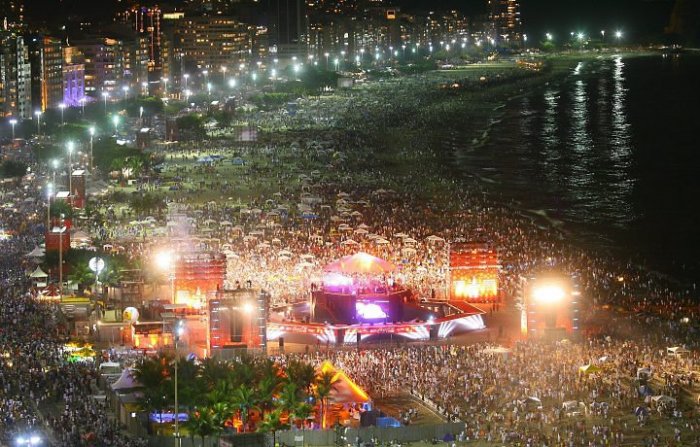 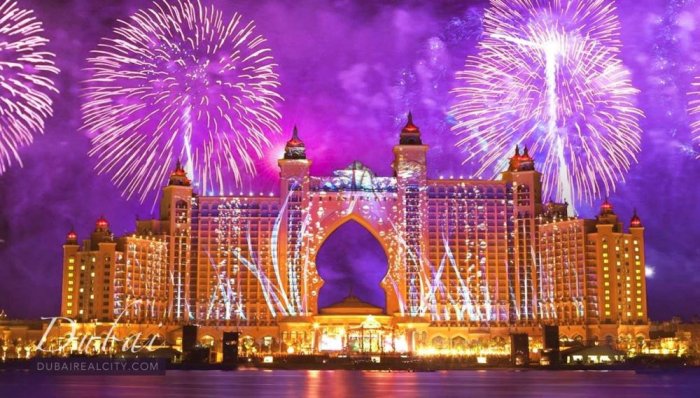 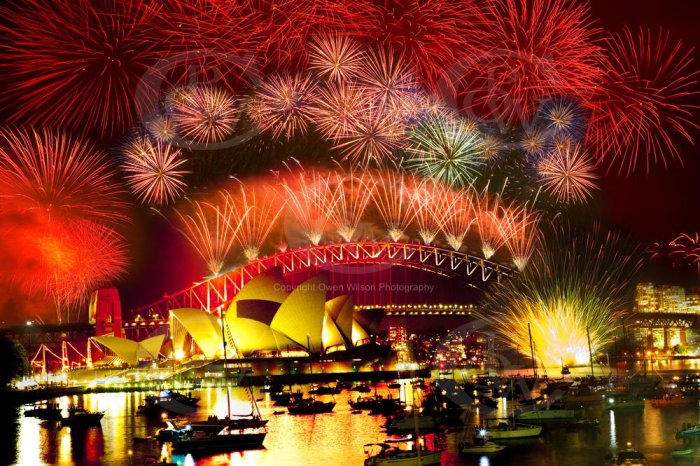 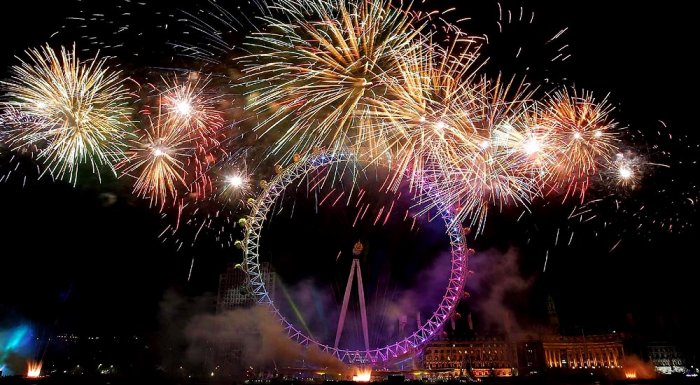 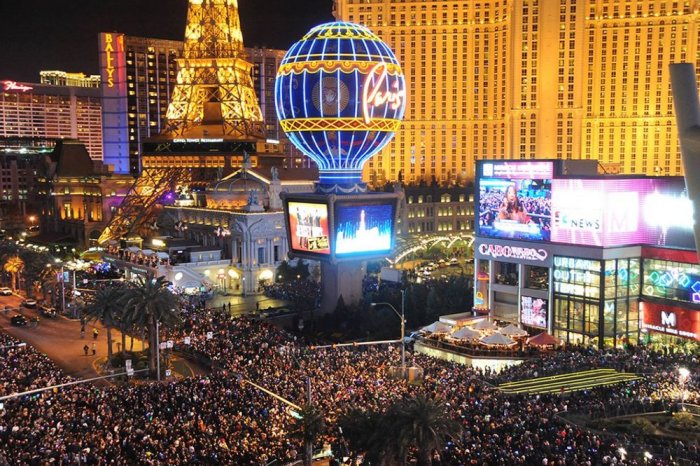 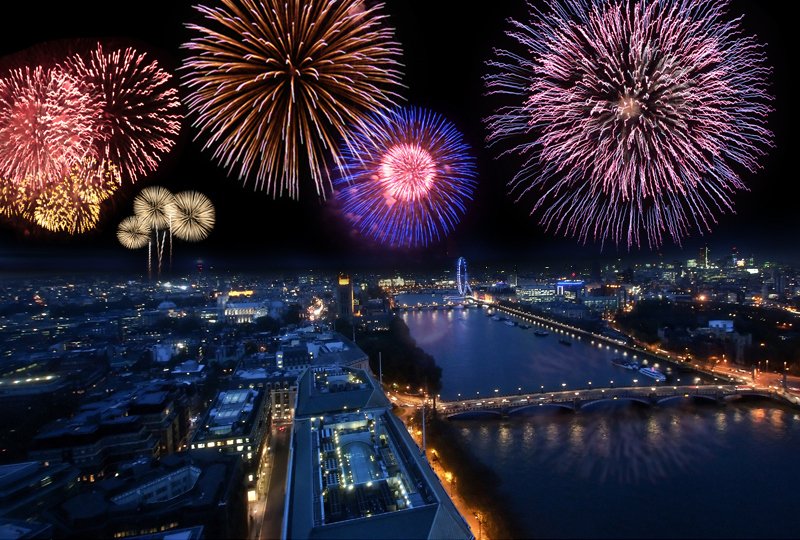 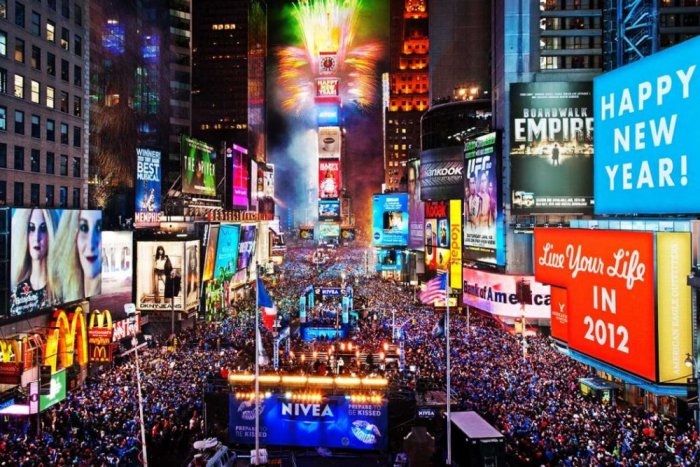 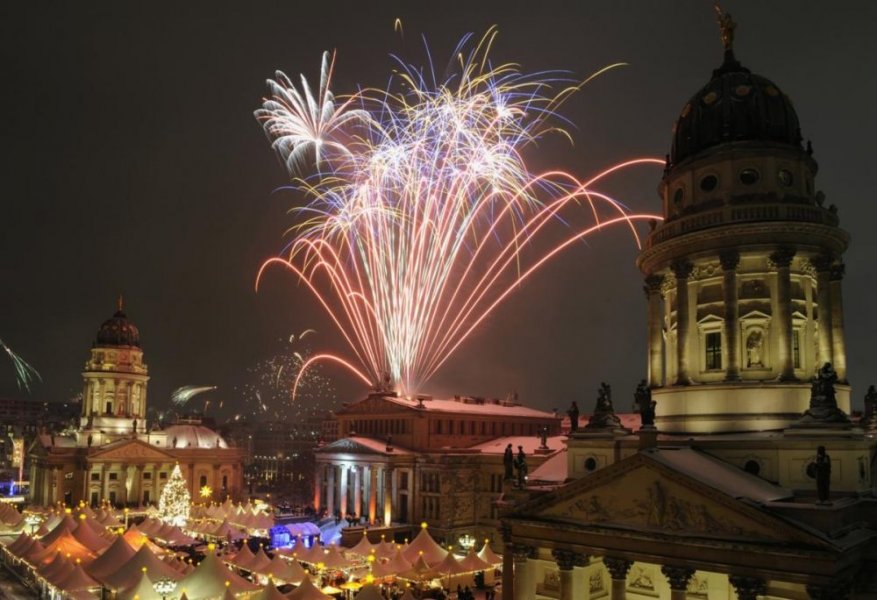 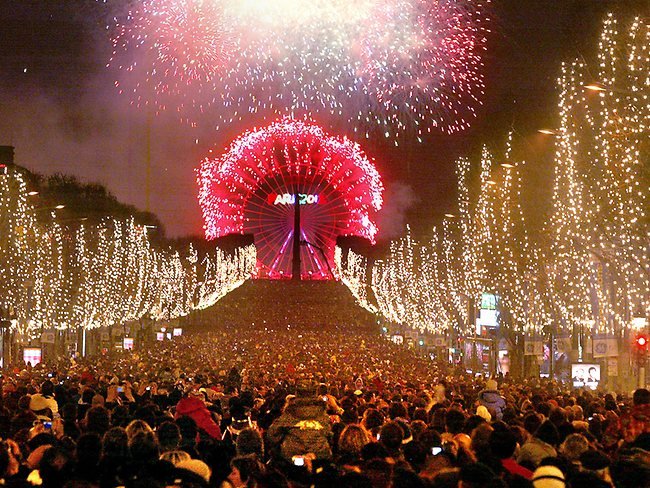 The Champs-Elysées at New Year’s Eve 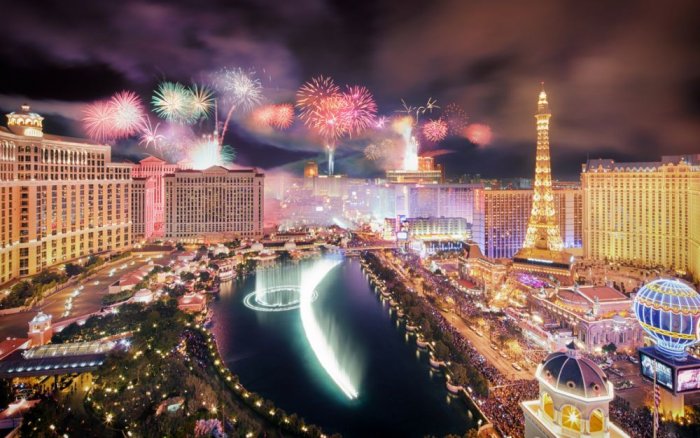 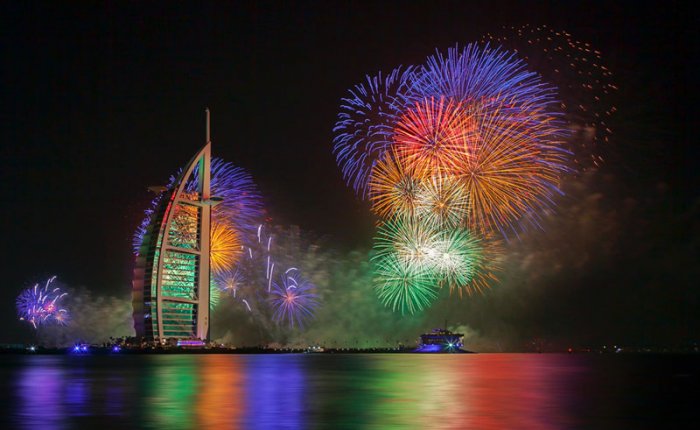 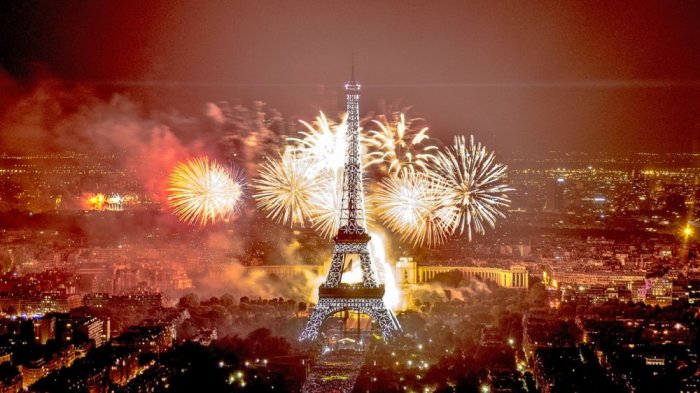 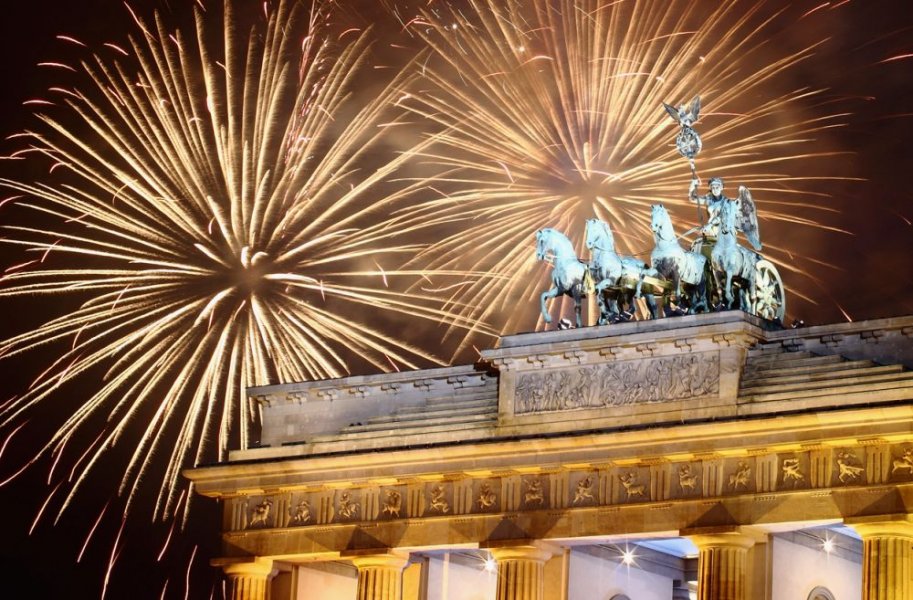 Berlin on the night of December 31 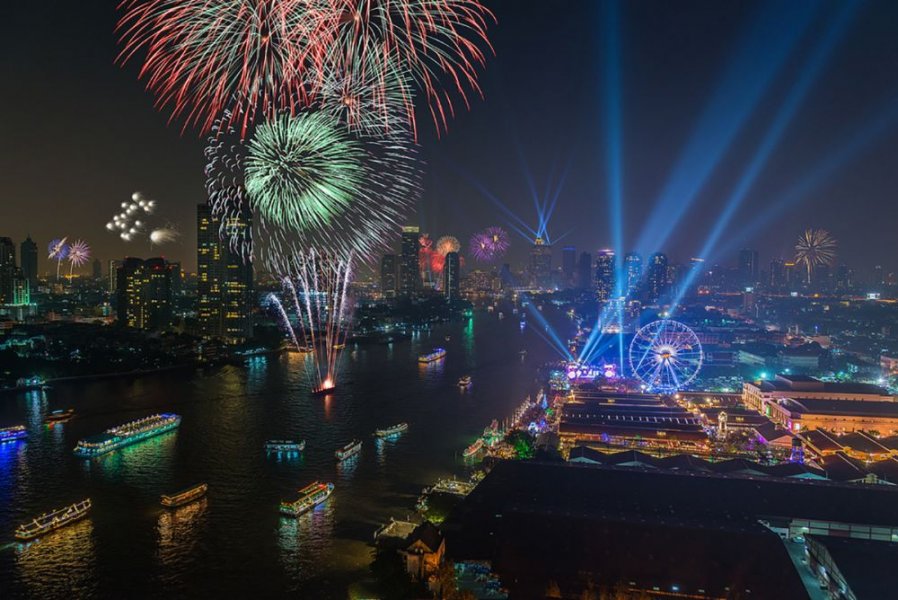 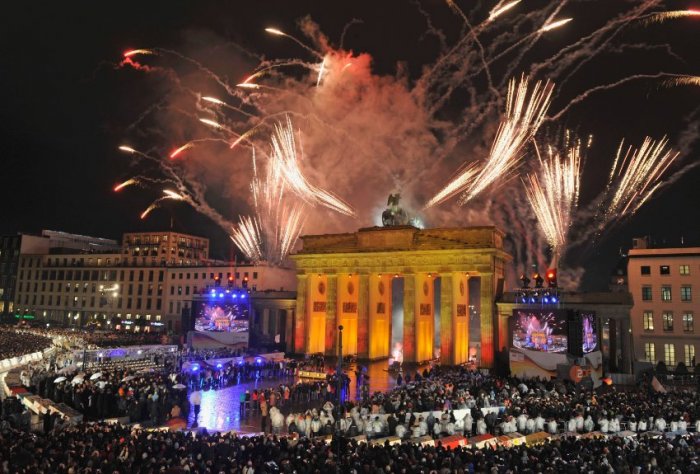 The best art museums around the world for art lovers

Finland in winter .. a white magic that warms your heart