10 most beautiful mosques in Istanbul, Turkey, which we recommend to visit

Istanbul (formerly Constantinople) is the central city throughout the history of ancient and modern Turkey, so it was natural for it to include a number of the most important tourist attractions in Turkey, on top of which are historical mosques, some dating back to the era of the Ottoman Caliphate and perhaps to the Roman and Byzantine eras as well, both of which left a number Quite a few of the ancient churches that were converted into mosques coinciding with the Ottoman conquest of Constantinople.
Istanbul mosques have a unique architectural style, exquisite interiors, and eye-catching colorful motifs that make them one of the most important tourist places in Istanbul. Recommended to visit when traveling and touring the city.
During the article, we review with you the Istanbul guide to the most important and most beautiful mosques of Istanbul, the most famous and popular and visited by locals and tourists alike.

The city of Istanbul includes a large number of high-end hotels in Turkey with different hotel grades that are appropriate in their prices and accommodation options, and the level of services and facilities they provide for varying budgets of guests. The link provides a comprehensive guide to the best hotels in Istanbul as previously valued by visitors .. 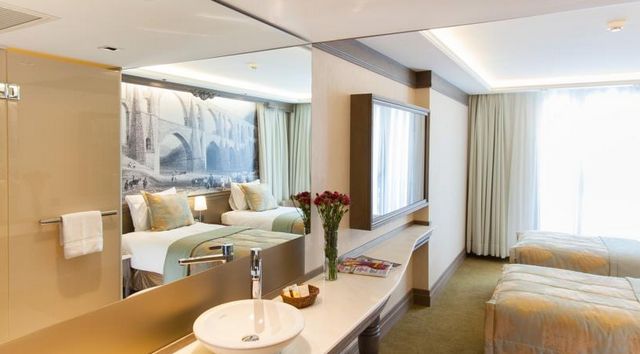 The most beautiful mosques in Istanbul

Istanbul hosts a variety of wonderful mosques with a historical heritage, this makes it difficult to determine which of them to visit during your tour in Istanbul, so we recommend you 10 of the most beautiful mosques that are worth a visit based on their architectural character and historical context:

The Sultan Ahmed Mosque or the Blue Mosque is one of the most beautiful mosques in Istanbul and one of the most important tourist attractions in Istanbul. This mosque was built in the 17th century between 1609-1616 on the site of the former Sultan’s Palace.
The Sultan Ahmed Mosque is located in the Sultanahmet district of the historical Fatih district, and is a wonderful example of Turkish and Islamic architecture and one of the most visited sights and mosques in Istanbul. It can also be considered a victory for historical cultural harmony and modern architectural elegance .. Read more 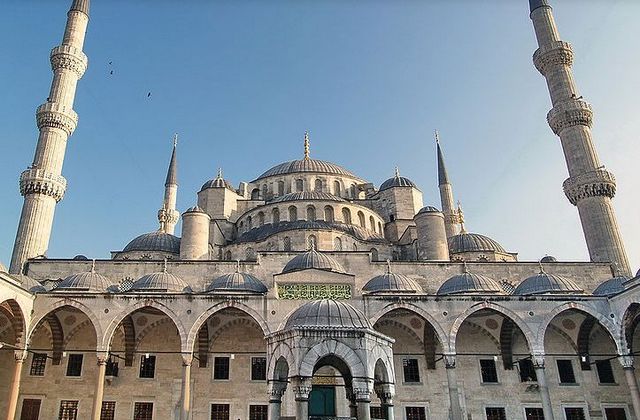 Hagia Sophia Istanbul is one of the amazing mosques of Istanbul and one of the marvelous architecture in the world, due to its huge historical importance and charming architecture, the deep interiors, which tourists come from all over the world to tour the wonderful museum, which witnesses a dramatic journey.
Initially it was built as a church and then converted into a mosque for hundreds of years, before finally becoming a secular museum, and it is undoubtedly one of the most beautiful mosques in Istanbul that are worth a visit .. Read more 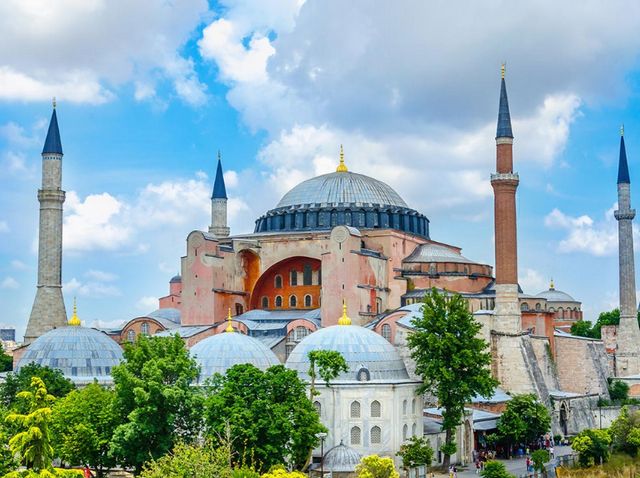 Although it is not the largest mosque in Istanbul, but it is one of the mosques of Istanbul with historical status and the great demand for his visit as it is one of the most important tourist attractions in Istanbul for its great location on the top of the Bosphorus Plateau.
Thousands of builders and engineers from the different countries participated in the construction of the mosque, so the design came with a high degree of elegance and good taste, and it blended a lot of different cultures and civilizations .. Read more 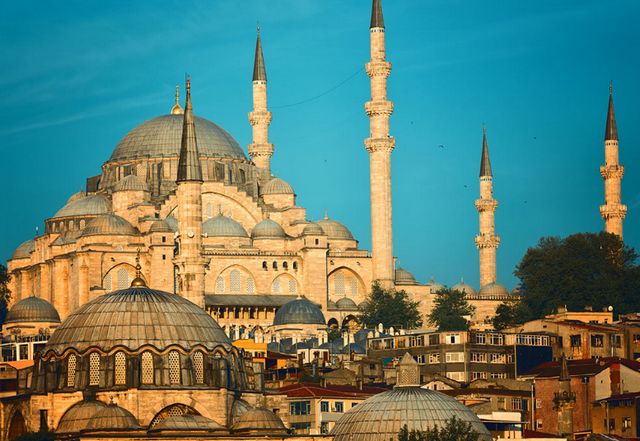 The Al-Fatih Mosque is considered one of the most important tourist attractions in ancient Istanbul, and the mosque receives the attention of the Turks in the same way that it attracts the interest of tourists coming to Istanbul, due to its ancient historical position and unique architectural design that combines authentic Ottoman art with modern European civilization.
The mosque, like many mosques in Istanbul, was built on the remains of a Byzantine church, which was ordered by Sultan Mehmed the Conqueror .. Read more. 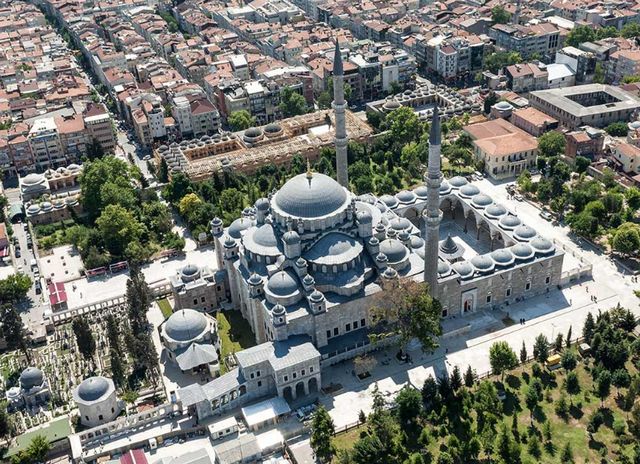 One of the magnificent mosques in Turkey Istanbul with a unique architectural design, located in the Ortakoy area overlooking the Bosphorus Strait and characterized by its dome embellished and decorated with exquisite decorations, and the two high-rise minarets are a distinctive sign for it.
Sultan Abdul Majid bin Mahmoud II had ordered the construction of the mosque and was designed by the architect, close to Prince Balian, who used the Baroque style in his exquisite designs .. Read more 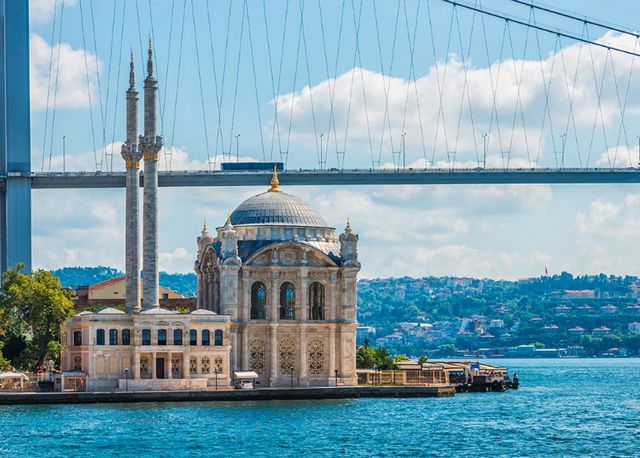 One of the important historical mosques of Istanbul, and one of the most famous tourist attractions in Istanbul, where its history dates back to the seventeenth century during the era of the Ottoman Caliphate.
It is located in the Eminonu district, one of the historical regions of Istanbul, and it is distinguished by its magnificent views of the sea and the famous Galata Tower. More 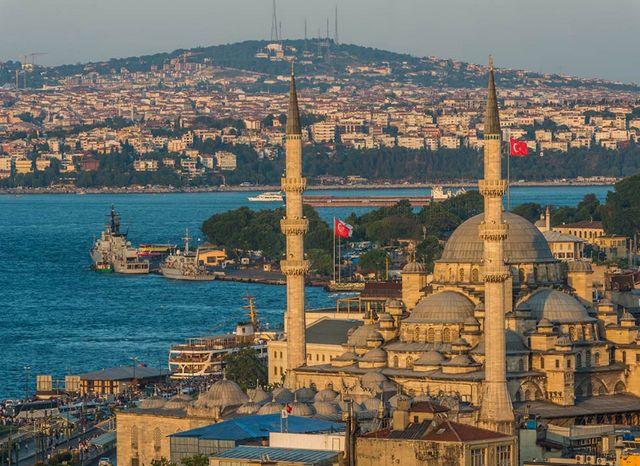 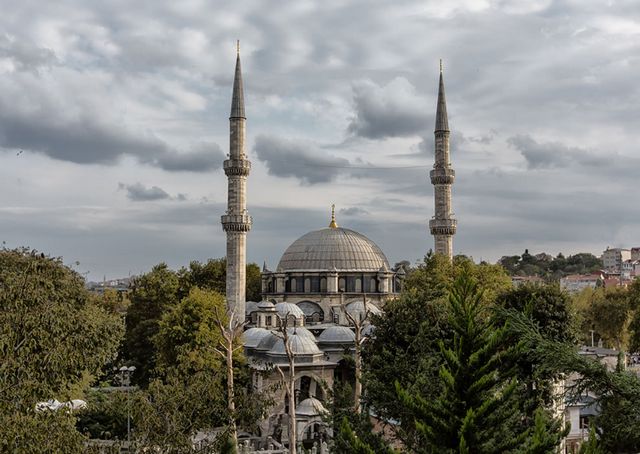 The Yawuz Selim Mosque is uniquely located on the fifth plateau overlooking the Golden Horn. Its construction was supervised by Suleiman the Magnificent and was named the Selim I Mosque in remembrance of it, and it is the second oldest historical mosque in Turkey.
The mosque is located near Taksim, where many mosques and archaeological attractions are celebrated by tourism tours in Istanbul. It also features a square hall with a high dome decorated with beautiful carvings and flowers of colored porcelain .. Read more 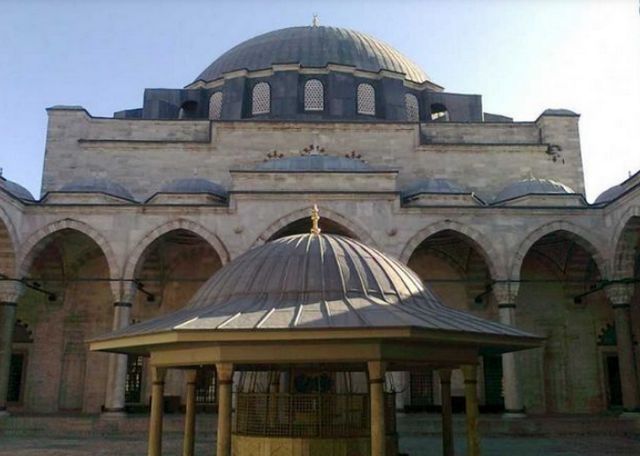 The Sultanah Mehrama Mosque is located in Escudar, in the Asian part of Istanbul. It is one of the most popular and most popular mosques in Istanbul and a visit among tourists coming to the city.
The mosque was built by the famous architect Sinan Pasha, in the form of a square, whose dome is based on four columns, surrounded by windows that provide daylight, and in addition to the mosque includes a school, hospital and a large kitchen .. Read more 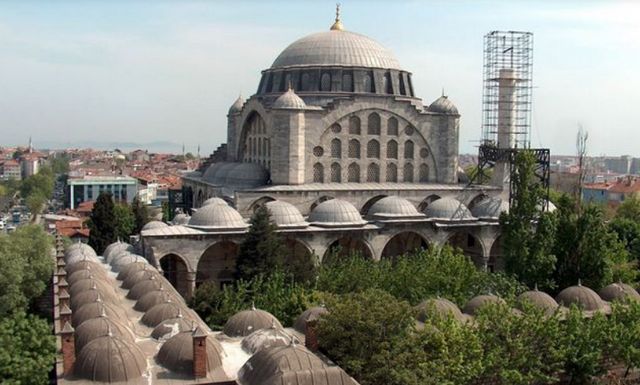 The Hamidiye Mosque is located in Yildiz historical monumental district of Istanbul’s Besiktas district, and it is characterized by a rectangular base and one minaret with a beautiful Ottoman motifs, the dome is based on 4 steel iron pillars dominating its wonderful decorations in a wonderful blue color, and the mosque includes a number of luxurious halls dedicated To receive princes and dignitaries .. Read more 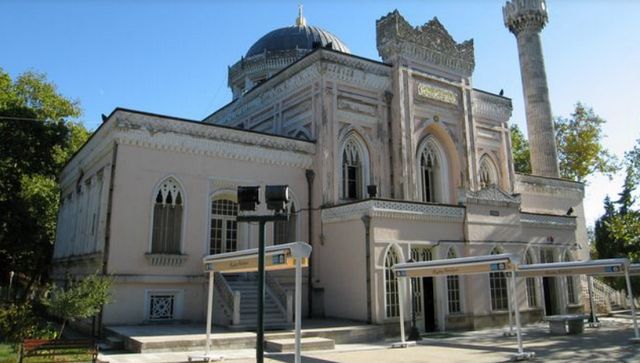 It is one of the mosques of Turkey Istanbul, which dates back to the era of the Ottoman Empire and one of the most important tourist destinations in Istanbul, where the old markets, tourist bazaars and historical monuments are spread.
The mosque is distinguished by its magnificent architectural design, its area accommodating huge numbers of worshipers in addition to it contains a number of shrines of the sultans of the Ottoman Empire .. Read more 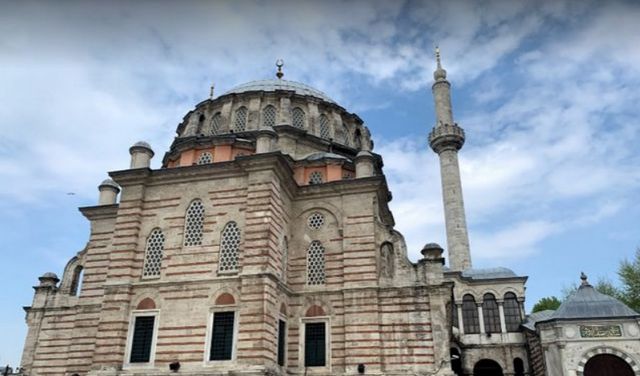