Hanoi Vietnam, this bright city located on the banks of the Red River, one of the oldest capitals in the world. Hanoi Vietnam possesses a unique tourism, as it is an open-air museum, in which the three cultures of China, French and Russian blend to produce the masterpieces of the architecture represented by the ancient temples. And the multiple museums, in addition to the quiet countryside between the lush parks and green mountains, and traditional villages, as well as distinct bays such as the famous Ha Long Bay.

Hanoi has a distinguished selection of luxury hotels that includes the finest accommodations with the provision of the best services, and is characterized by its location near the most beautiful views and the most famous tourist attractions in the capital, and below we will display details of the best Hanoi hotels based on the assessments and opinions of Arab visitors ..Read more 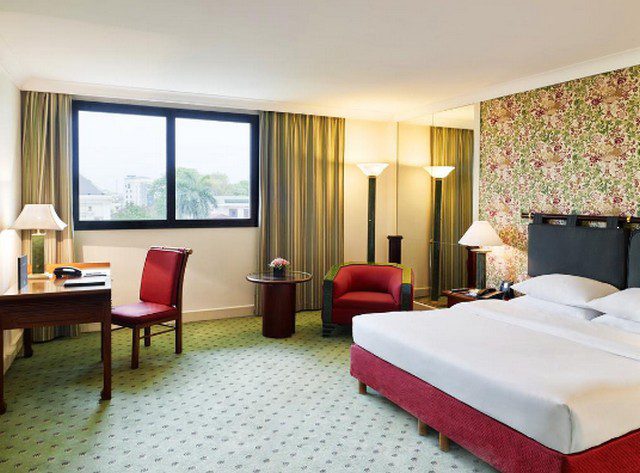 One of the most famous places of tourism in Hanoi, which enjoys its distinctive views of the wonderful Hoan Kiem Lake, and is the main commercial district in the capital, and its vibrant and authentic streets are characterized by charming colonial architecture in Buddhist temples and other buildings spread around it, and the old quarter provides a great pleasure for shoppers where Featuring artistic products from all over the country.
This neighborhood includes 36 streets, each of which specializes in selling a specific product, such as popular products, distinctive souvenirs, silk products, and art paintings, as well as restaurants and cafes that serve delicious Vietnamese food and drinks. 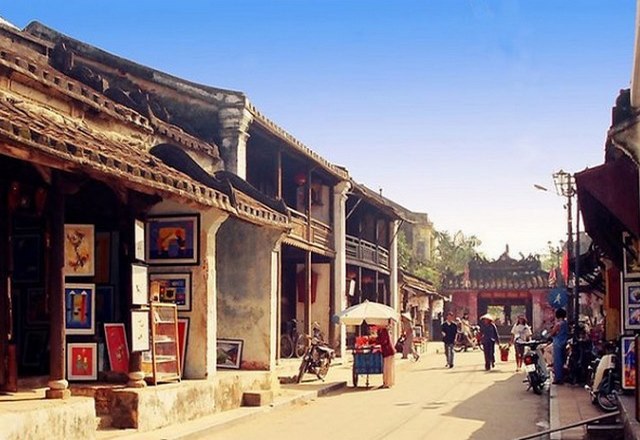 The most beautiful landmarks of Hanoi Vietnam and the largest lakes of the capital, located in the heart of the historical Hanoi neighborhood, and Hoan Kiem Lake is still a popular place for locals and tourists alike, and this lake is famous for its calm atmosphere and huge turtles, it is more than a place to relax, it is the site of an ancient legend tells the story of Emperor Lu Lowe, who received a magical sword from the Dragon King to fight against the wrongdoers.
You can do many activities during your lake tour, such as walking on the wooden bridge that extends amidst the lights and soft music, until you reach an island in the heart of the lake, which includes the temple, and the distinctive royal turtle tower. 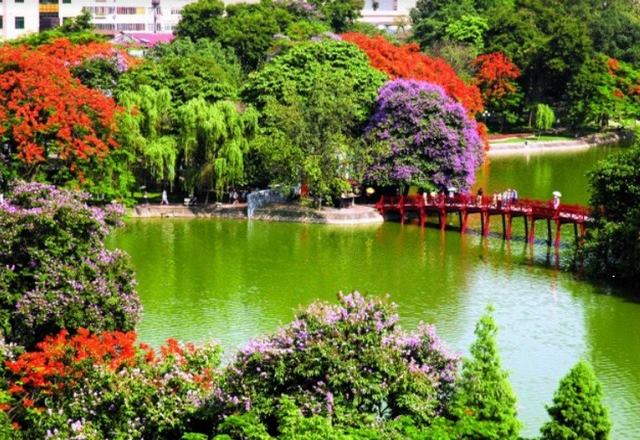 One of the most famous entertainment places in Hanoi, suitable for families and children, which allows you to attend a display of water puppets, to get acquainted with some of the oldest traditional Vietnamese arts, as the country displays the history of the country through dancing dolls on the water, and dances are accompanied by live music. Don’t miss a unique taste of exquisite traditional arts. 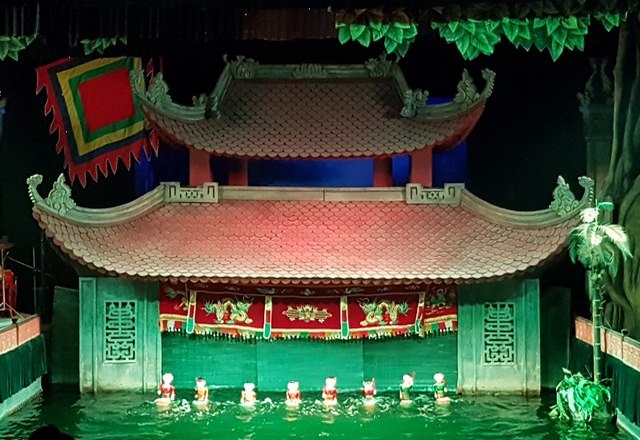 It is an important icon in Hanoi, Vietnam, and is a tourist destination visited heavily by tourists, represented in a large building located in the middle of Ba Dinh Square, where this monument includes a shrine for the body of the Vietnamese leader Ho Chi Minh, which was preserved in a glass box inside a room with a cool light dimmed , The massive Ho Chi Minh Monument was built on the edge of Baadhne Square, the place where Ho Chi Minh delivered the Declaration of Independence of the Republic of Vietnam to half a million of its citizens in 1945 after the surrender of Japan. 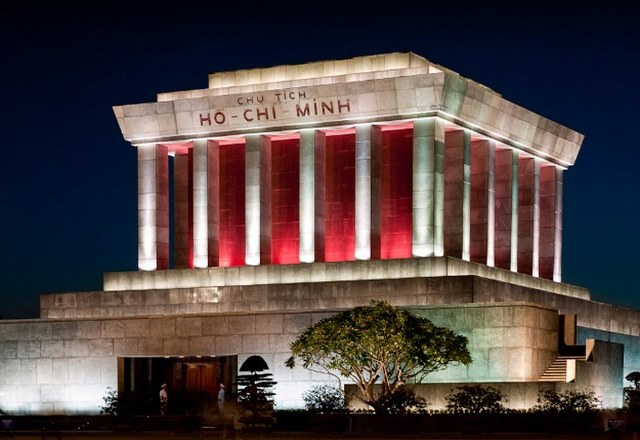 One of the most important and famous markets of Hanoi Vietnam, characterized by its elegant Soviet style, and is the largest internal market in the capital, which offers a wide range of goods ranging from fresh food, clothing, accessories, and access to electronic and home appliances.
The market consists of four floors. On the ground floor there are seafood, meat and vegetables available, while the back section sells a range of pets and wonderful flowers, and if you want to buy souvenirs directed to the upper floors, you can find many kiosks that sell fabrics Premium, handbags, and a variety of handicrafts are all sold at wholesale prices. 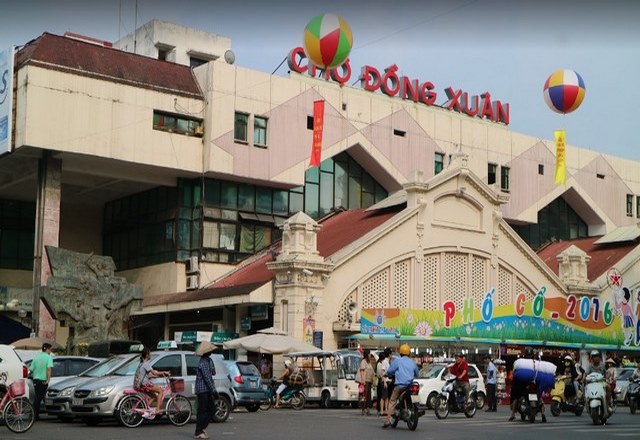 One of Hanoi’s most fun landmarks in Vietnam, and the most attractive to tourists, is an exceptional phenomenon in the capital and Vietnam as a whole for the year 2000, it is the latest facility in Southeast Asia at that time, and has an area of ​​approximately 35 km, you will find glide paths are the most exciting activities when visitors come to these Fun water park.
The park consists of high-speed lanes, carpet slides with a large height, for a breathtaking experience, and provides a chance for surfers in the high surf pool 3 meters deep and 450 meters long, in addition to a children’s area, and a wide range of food and drink kiosks. 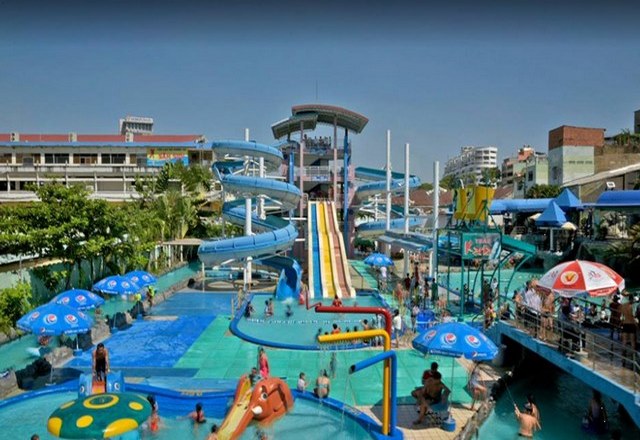 It is an unisex piece of classic French architecture in the heart of Hanoi, Vietnam. It was built along the lines of the Garnier Palace, the oldest opera house in Paris, where the exterior design is characterized by doors and domes with gothic columns, but from the inside it is more splendid and magnificent, between 600 seats for visitors, It is the largest theater in Vietnam.
Enjoy attending a concert, choral works, and theatrical performances, as well as national ballet performances that offer Western classics as well as performances of traditional and modern Vietnamese dances. 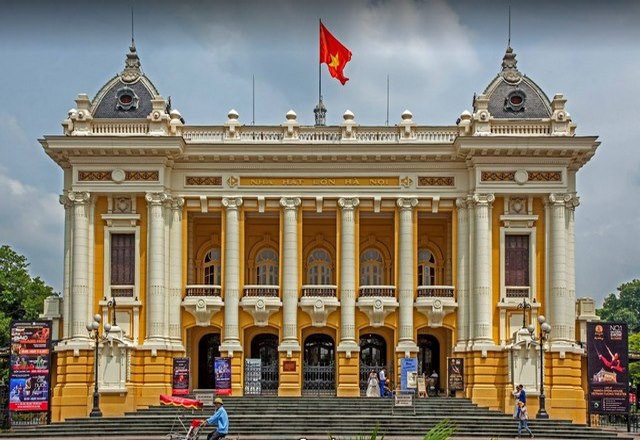 One of the most beautiful tourist attractions in Hanoi, Vietnam, which tells many stories of the wonderful arts of the country throughout the ages, where art pieces are provided in a chronological order that allows its pioneers to get the idea of ​​historical development, as well as a huge collection of colonial file and the Vietnam War.
The museum consists of three floors, the first floor includes statues and stone and wood carvings through many centuries, while the second floor contains art paintings painted on silk, unique artifacts, and the third floor includes more wood carvings, watercolor and oil paintings. 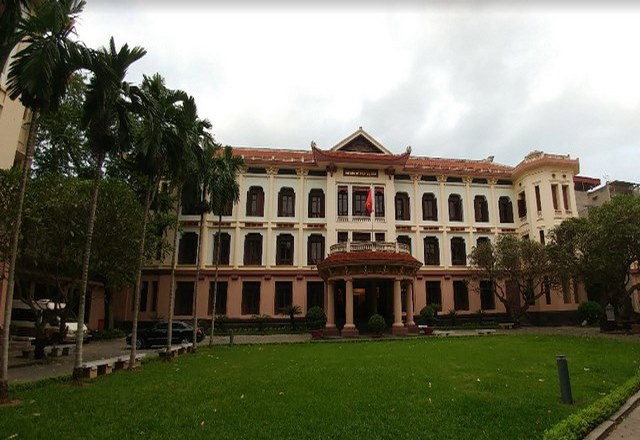 The most interesting tourist attraction in the history of Hanoi Vietnam and of great historical and cultural importance, was classified as a UNESCO World Heritage Site in 2010, the site has been the ancient political center of the country for 13 centuries in a row.
It is a stone castle that was built in the 11th century AD on the ruins of a Chinese castle dating back to the seventh century, and offers distinctive views of Ba Dinh Square, downtown Hanoi, and many of the surrounding monuments.You can’t miss taking pictures while you visit this ancient castle. 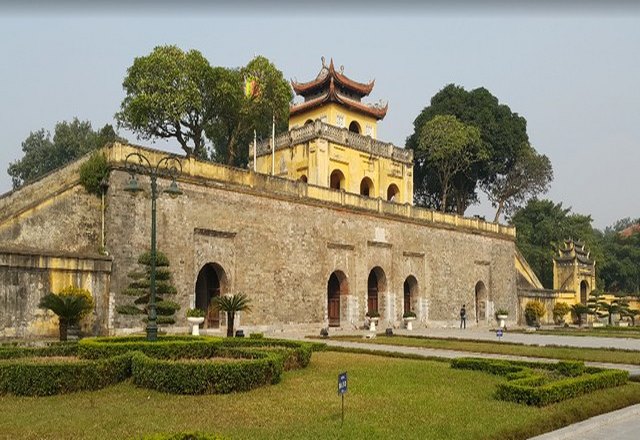 Pa Fen National Park is one of the most beautiful regions of Vietnam famous for its beautiful scenery and charming nature, concentrated around a high mountain range, and the National Park provides a wonderful haven in the city with refreshing mountain air and cool breezes between clouds and tropical rainforests.
The park includes a spa resort located at the foot of the mountain, and offers a range of natural treatments in a stunning forest environment. It contains a rich collection of rare plants, as well as animals. The garden offers many activities such as camping, campfire excursions, and a swimming pool, in addition to a restaurant and a café. 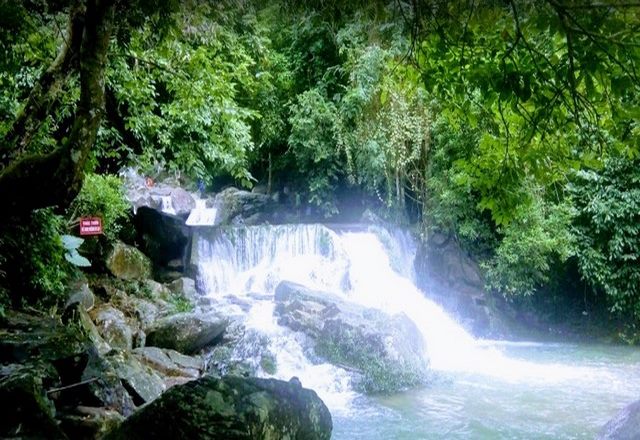 A report on the Hilton Muscat