Since 2020 is the year of environmentally friendly tourism, so you now have an irreplaceable opportunity to travel to several emerging countries in this tourism field, such as Bulgaria, Romania and Slovenia. These ten countries have a breathtaking nature and a very rich cultural heritage, and they are distinguished by not being more than 6 hours by air from Dubai, unlike other traditional tourist destinations, and they are not very crowded due to the fact that they are newly emerging in the tourism industry. 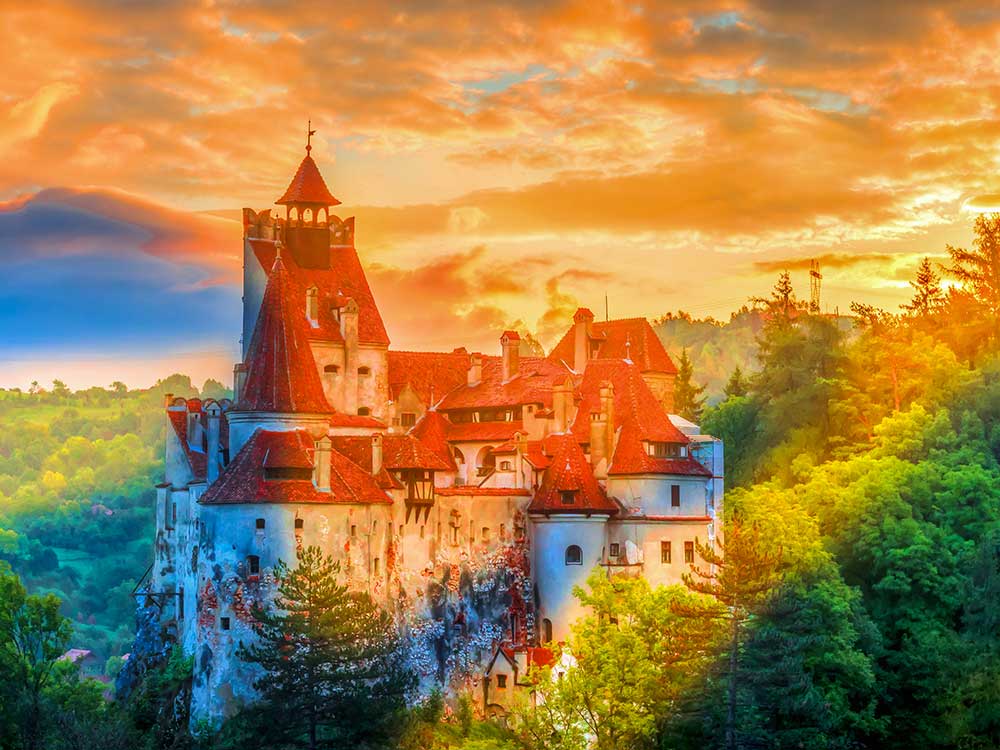 Duration of the flight: approximately 5 and a half hours
Romania is a country of dense forests, towering mountain baskets, rural areas, abandoned castles around which various fairy tales and legends have been woven, such as the stories of Dracula in Transylvania, while its capital Bucharest is characterized by imperial palaces and streets that are dotted with beautiful folk cafes. Among the scenic areas are the Danube Delta and the Karabat Mountains. 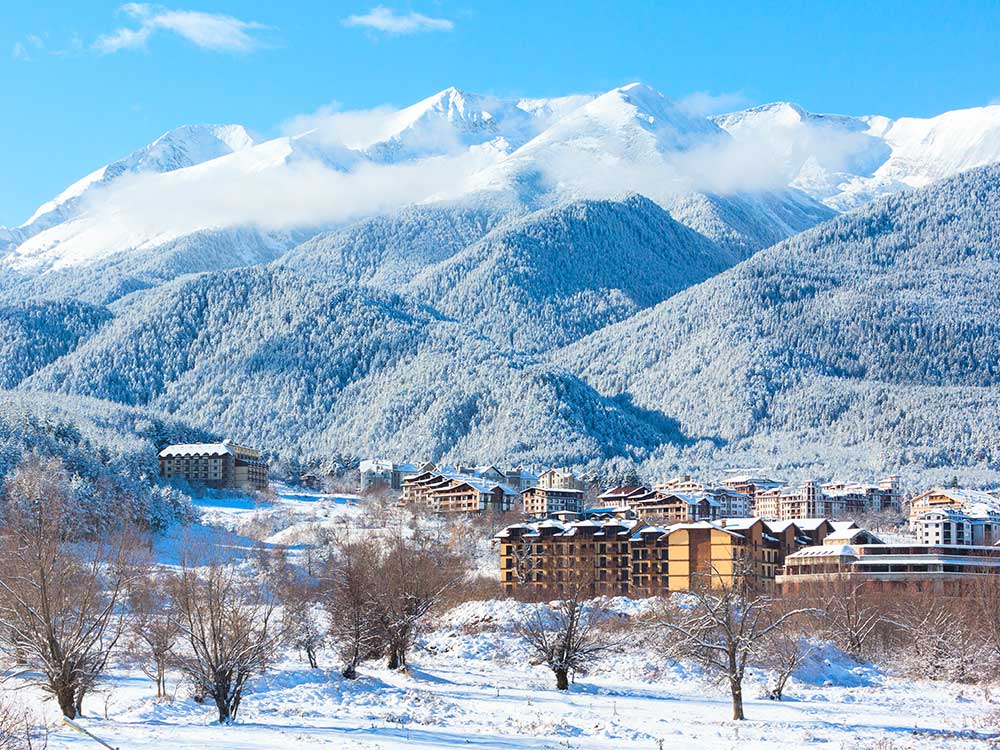 Flight duration: approximately 5 hours
Bulgaria is famous for its charming beaches on the banks of the Black Sea and ski resorts in the mountains, and all the ingredients that qualify it to be among the best tourist destinations in the Balkans. In addition to all of this, a trend currently prevails in the country to restore life to its famous landmarks, through the establishment of rock concerts in castles and orchestras in ancient Roman theaters in its cities such as Sophia, Bludev and others. 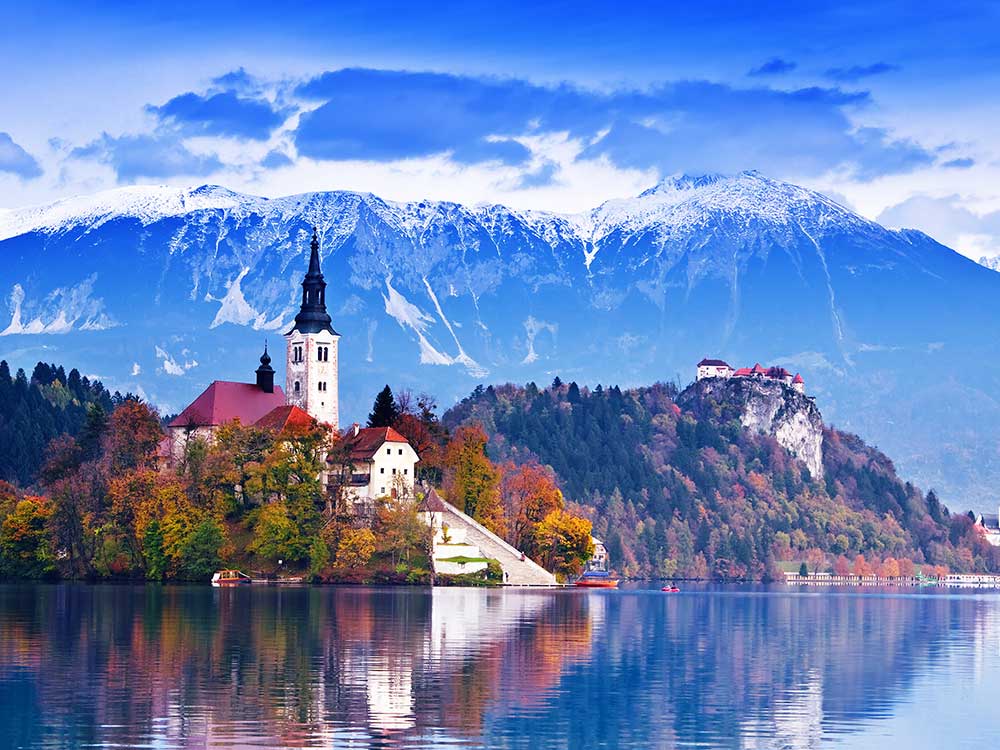 Duration of the flight: approximately five and a half hours
Slovenia is an ideal destination for fans of excursions and excursions amid the charming nature, this country is characterized by a number of picturesque lakes and beaches overlooking the Adriatic Sea, caves, caves and underground lakes. In addition, all of Slovenia is known for its dishes that mix Italian, Austrian, Hungarian and other Balkan countries. 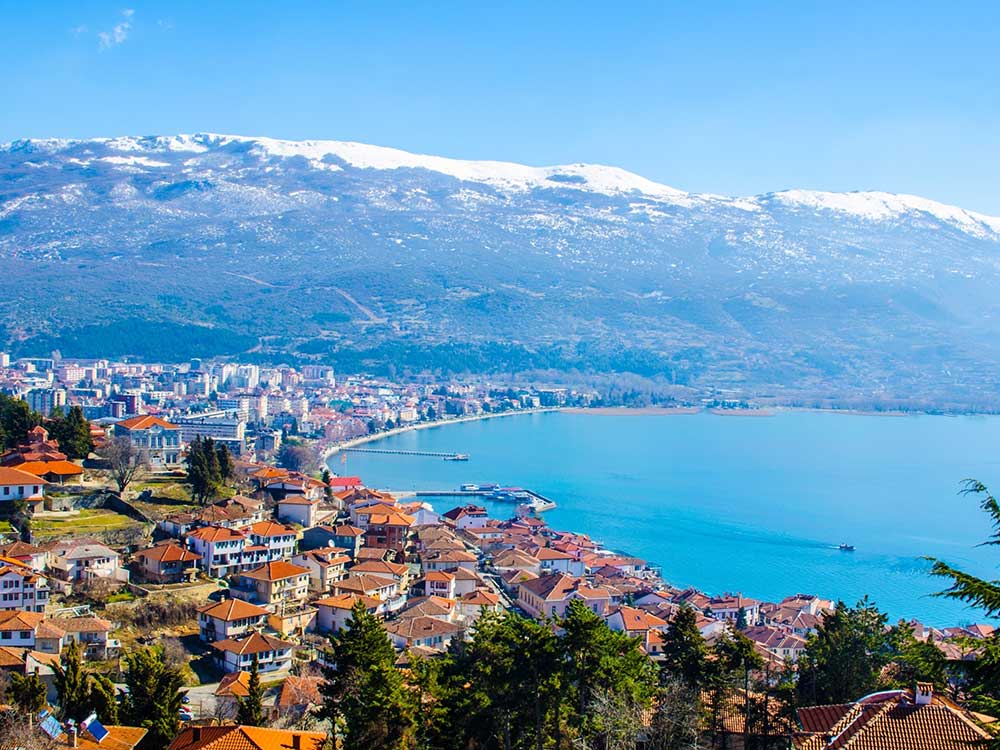 Duration of the flight: approximately 5 and a half hours
What distinguishes Macedonia most is that, despite its small size, its cultures are vastly diverse, due to its rich history, which has been influenced by Mediterranean civilizations such as the Greeks and the Roman Empire on the one hand, and the Balkan civilizations on the other, in addition to some of the effects of the Ottoman rule. The capital, Skopje, is a great entertainment center, where many cultural events and art shows are held, while those looking for recreation and rest go to the coastal city of Ohrid surrounded by beautiful landscapes, which includes many traditional cafes and quiet gardens. 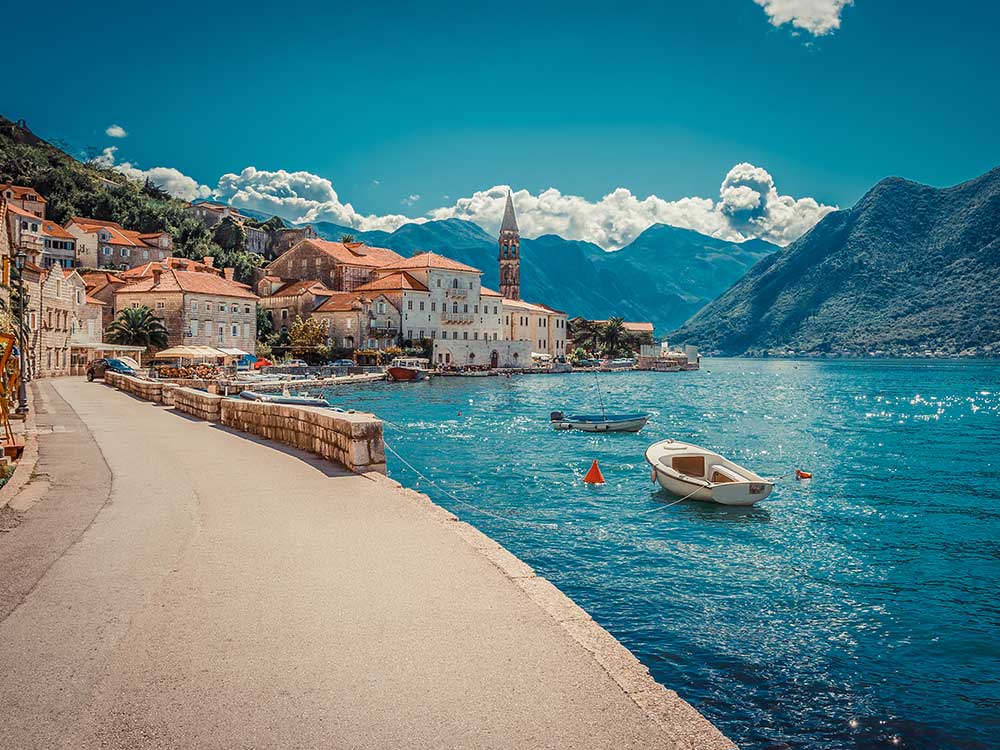 Flight duration: approximately 5 hours and a quarter
Montenegro (or the Republic of Montenegro) is considered by many to be one of the most beautiful tourist sites on the Mediterranean Sea, thanks to its combination of European medieval features and Greek, Ottoman and Austrian influences. While its capital, Podgorica, is characterized by its modern features, ancient sights can be seen in coastal medieval cities such as Kotor, Budva, Niksic and others. 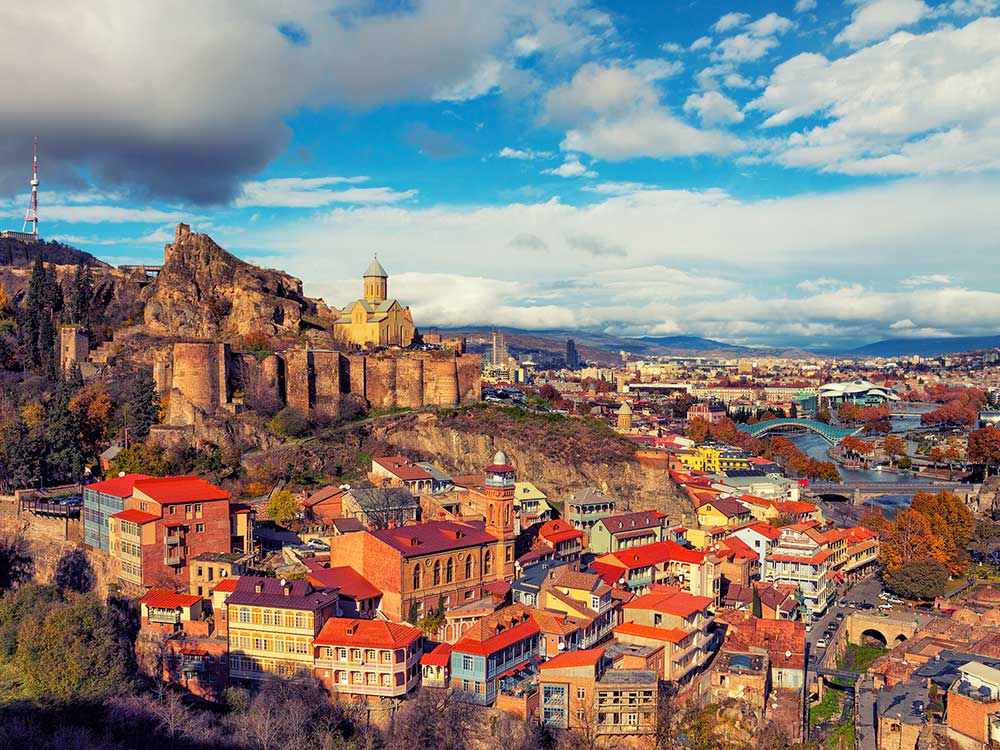 Duration of the flight: approximately 3 and a half hours
Georgia is one of the most beautiful countries in the Caucasus Mountains region, and it is famous for its fertile valleys, charming countryside, green forests and ideal plateaux for wild excursions, while its cities include many wonderful historical monuments. The capital, Tbilisi, is distinguished by its rich cultural heritage and its modern features, while Batumi is considered one of the most beautiful Black Sea resorts. Friendly people, delicious local dishes, and breathtaking nature, all of these and other things make Georgia one of the best tourist destinations in the world. 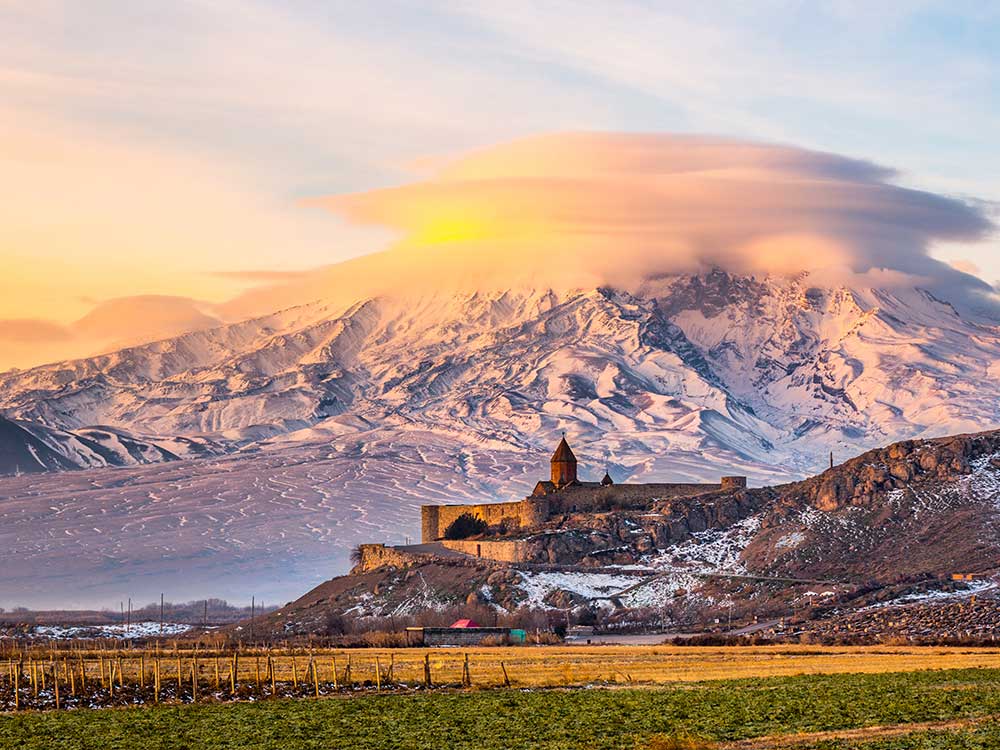 Duration of the flight: approximately 3 and a half hours
Armenia is located in the Caucasus Mountains region, and is surrounded by Azerbaijan, Turkey, Georgia and Iran. There are abundant churches and monasteries in these countries, as well as monuments belonging to the kingdoms that ruled these areas in ancient times, while its capital, Yerevan, is distinguished by its modern architecture and its huge buildings dating back to the Soviet era. In addition to the monuments, Armenia offers many opportunities for eco-friendly natural tourism in very beautiful places such as Sivan Lake, Debed Valley and others. 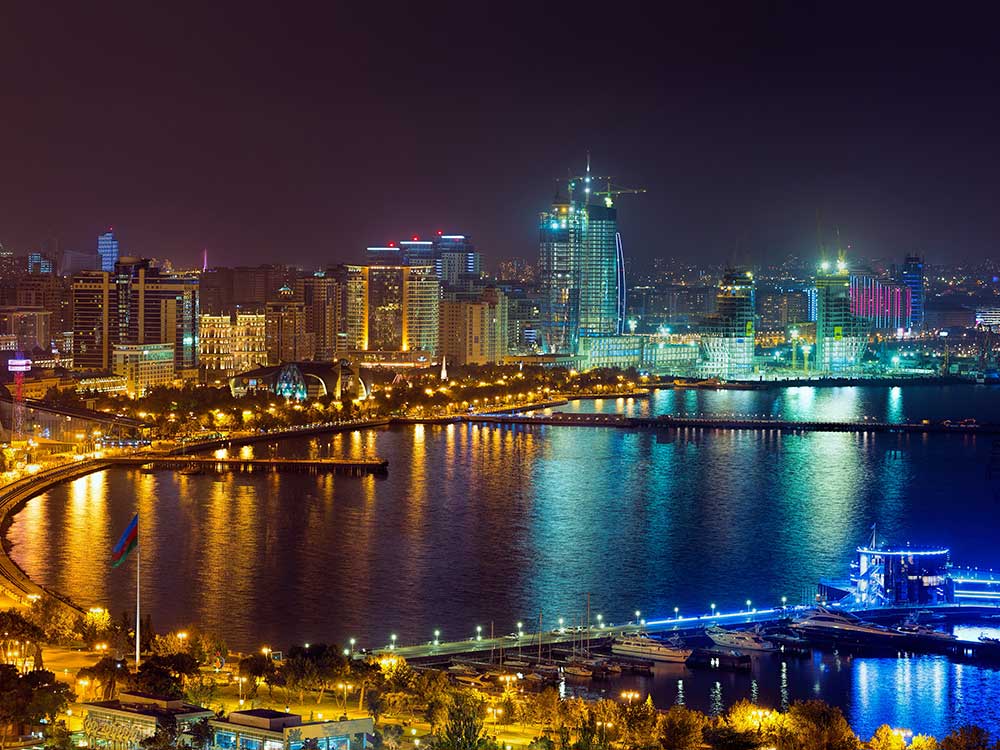 Flight duration: approximately 2 hours and 45 minutes
Among the countries of the Caucasus Mountains, and although Azerbaijan depends mainly on its economy for oil, it also enjoys a great reputation in the field of tourism and travel, thanks to the unique natural phenomena in it, such as mud volcanoes and fires emitted from the ground, and being diverse Geographically and surprisingly climatic.