The cities and regions that deserve to be visited in the world are very many, so we may not have enough time to visit them and enjoy their magic. From this standpoint, we try in “He” to provide you with the best and most wonderful to choose carefully and plan for your next trips, and in this framework we present to you today the best 15 cities around the world to visit during this year according to a large global survey conducted by the travel + leisure site specialized in the world of tourism and vacations. Let’s start our journey together!

Suffice it to say this city was the capital of the Inca Empire to make sure it is an impressive historical site located in the Peruvian Andes. Many of the ancient ruins and the Spanish engineering presence are still present in Cocozo, which is 3,400 meters above sea level.

The Thai capital, Bangkok, enjoys international fame due to its large tourism factors, as it is vibrant along with its religious and historical sites and its transformation into a commercial center and a major shopping site in Asia and the world.

This city became known as a major resort in the northwest of the country. Home to the remains of the Angkor civilization and the center of the “Khmer” kingdom which was ruling in the region between the ninth and fifteenth centuries. It is beautiful that ancient monuments have been preserved, including Angkor Wat (attending the flag of the country) and unknown faces bombed onto the huge Bayon Temple.

She managed to reserve her seat in the Lebanese capital while she was trying hard to gain her distinguished tourist reputation. Beirut has a bustling and vibrant life, which is characterized by its modern markets as well as Al-Qadinah, and it is home to the nightlife, nightlife and modern buildings, in addition to the many tourism services in it.

The Italian capital maintains its position among the best tourist cities in the world, as it combines tradition and modernity. In Rome, hundreds of Roman historical sites along with modern markets and a new style of modernity.

South Africa’s coastal harbor is located on a peninsula overlooking Table Mountain. In Cape Town, everything has beautiful views, from the crowded harbor and ships that land from different parts of the world to the many tourist sites. In Cape Town, the famous prison where the fighter Nelson Mandela spent his sentence, has now turned into a museum visited by hundreds of thousands.

A city in the US state of Georgia separated from South Carolina by the Savannah River. The city is known for its many parks and ancient architecture. It has many sites and delicate courtyards surrounded by flowers and lush trees. It is distinguished by its historical engineering center, especially the Cathedral of John the Baptist.

Barcelona, ​​the Spanish city of tourism, attracts millions of visitors annually and has a wonderful mix of the finest beaches and ancient heritage, in addition to being the home of the world famous football team.

The city, located along the Mississippi River near the Gulf of Mexico, is known as Big Easy because of the uninterrupted lifestyle in which it has a thriving music scene and a unique cuisine that mixes French, African and American civilizations. The city has many annual celebrations, especially Mardi Gras, which takes place at the end of winter, and is distinguished by its street performances and loud parties.

A wonderful Japanese city that was once the country’s capital. It is located on Honshu Island and includes thousands of historical parks, along with lush gardens, empire palaces, traditional wooden houses and Shinto shrines. It is also known for its special traditions, especially Kaiseki’s special dinner offered by famous geisha girls, and there are many restaurants that follow this pattern, especially in the suburb of Gion.

An unexpected option, but the city in the north of the Central Asian country of Laos has become a world tourist destination recently. The city’s location is great if it is a valley between the Mekong and Nam Khan rivers and is known to contain many historical Buddhist temples, including the 16th-century Wat Xieng Thong and Wat Mai, which is the seat of popular resistance in Laos.

Yesterday, we talked specifically about Florence, the Italian city, which is home to arts, culture and fashion, as it contains more than a million rare pieces of art and is the cradle of the most important international designers. (See more details)

Mexico has many great sites, but this Spanish colonial city is known for its historic European architecture, rich art and cultural scene, as well as distinct annual festivals. Don’t forget to visit the city center, which includes the Parroquia de San Miguel Arcangel church, which is built according to the modern Gothic style, as well as the iconic floral buildings in the main square, El Jardin, San Francisco temple is also a special place.

The northern Thai city is gaining increasing popularity and has placed it second. Chiang Mai dates back to the year 1200 and its ancient section still contains very ancient ruins and relics and has been preserved in the religious city center. The city is home to hundreds of ancient and modern temples, especially Wat Phra (tenth century) and Wat Chedi Luang (fifteenth century). There are also many annual festivals that welcome thousands of tourists.

It was surprisingly ranked first, but actually has a stunning history. It was established in 1670 and finds narrow stone streets everywhere and teeming with old houses dating to before the civil war. One of their most prominent features is the French Quarter, which is characterized by its unique architecture. Also visit the Battery Promenade, Waterfront Park and much more with beautiful water views. 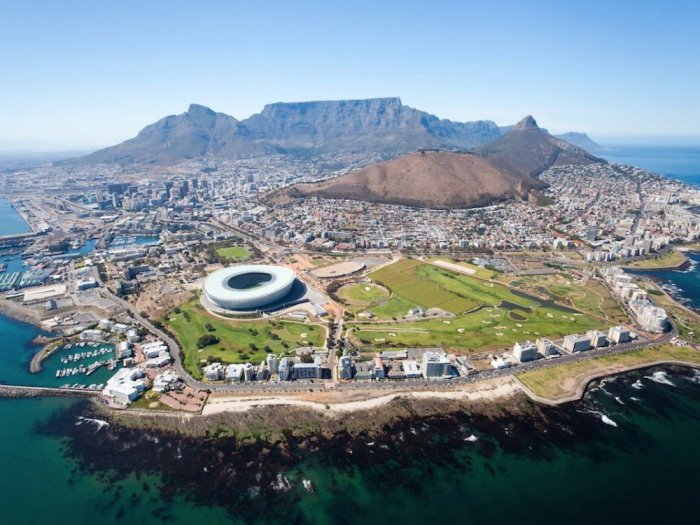 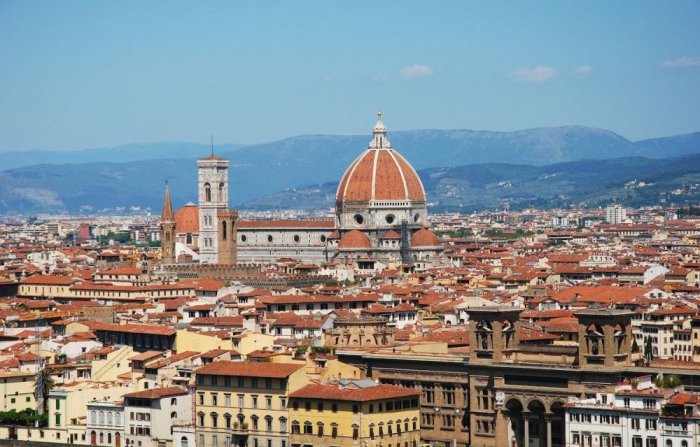 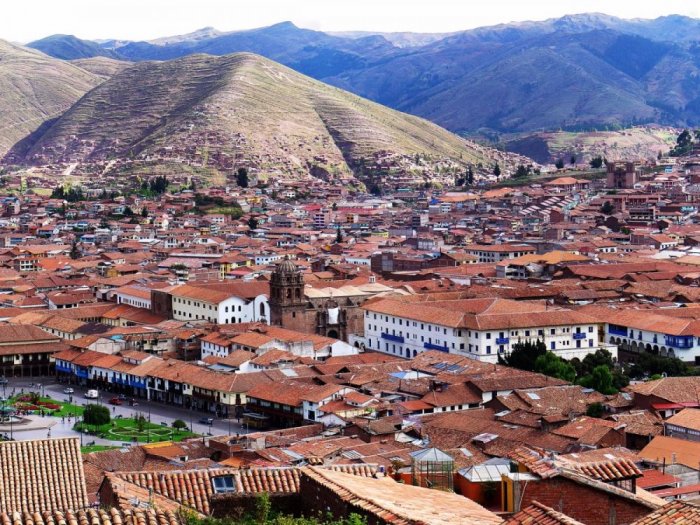 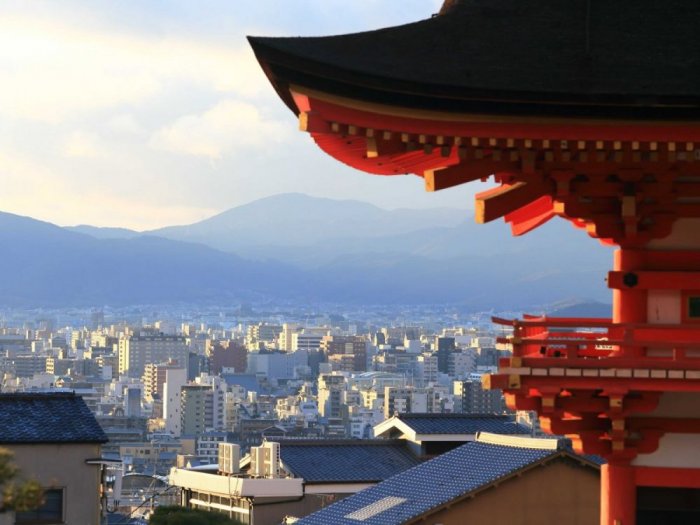 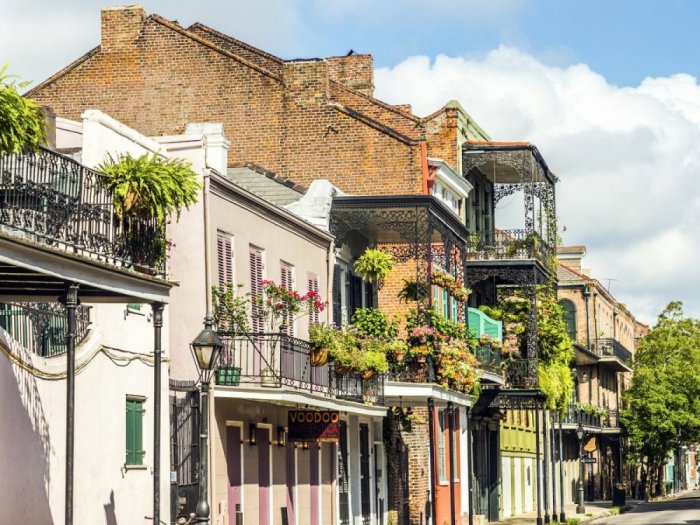 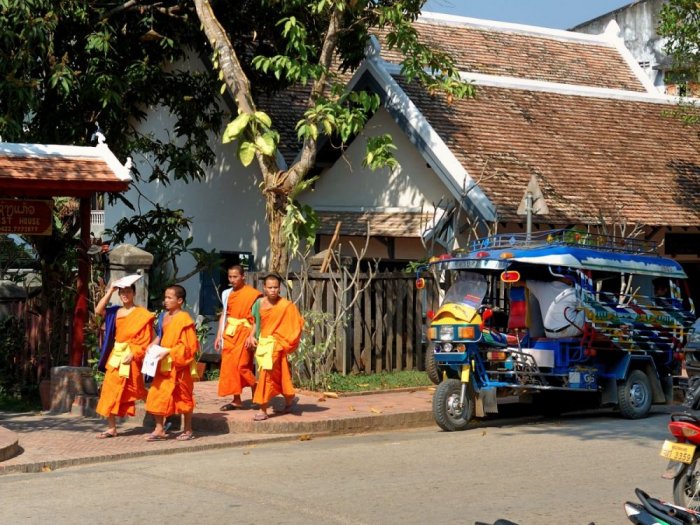 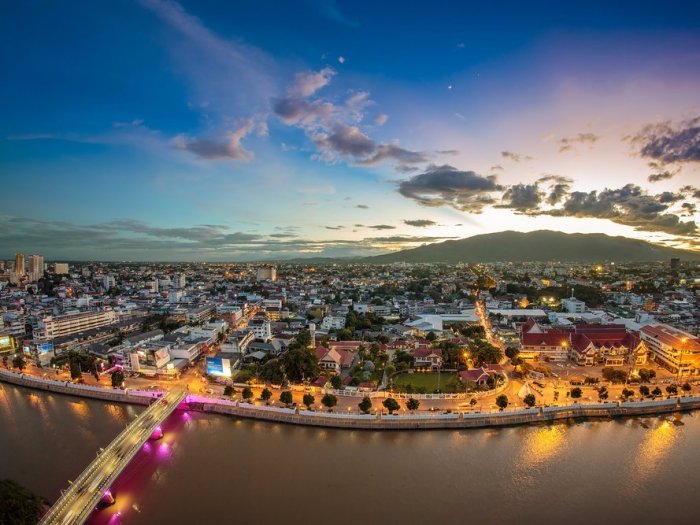 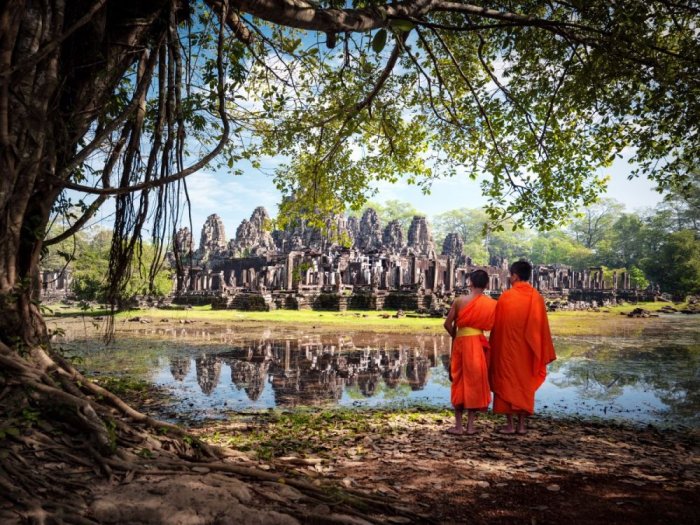 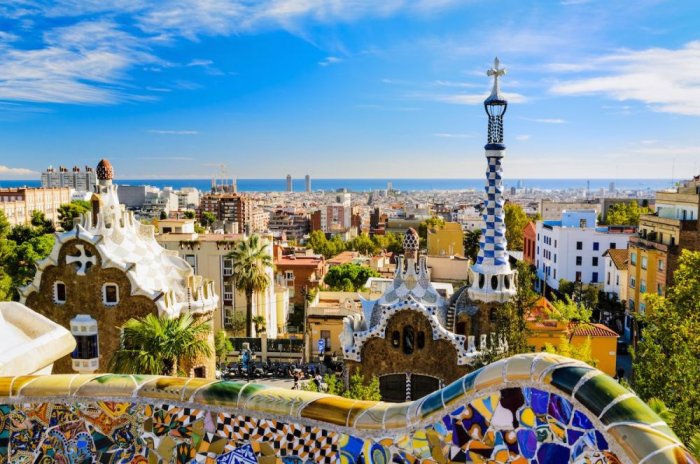 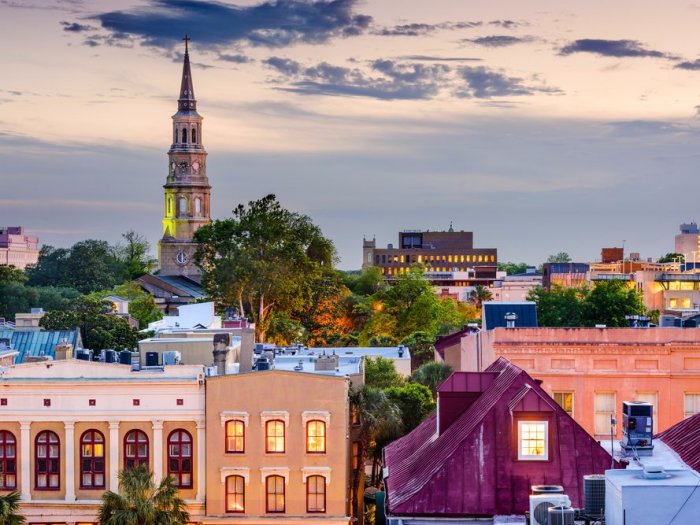 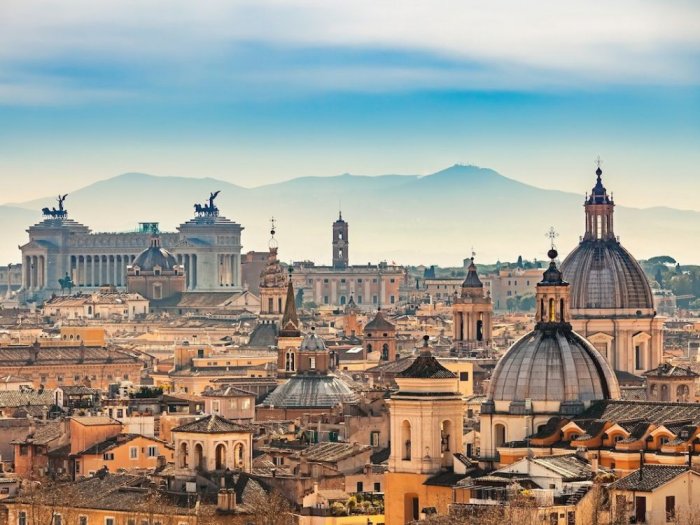 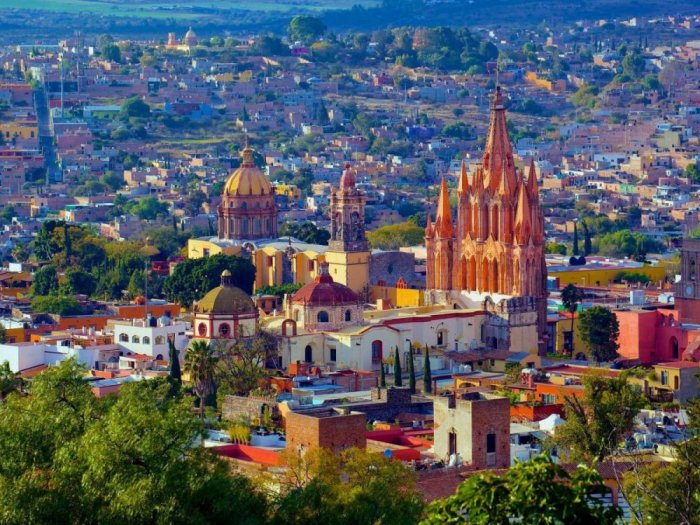 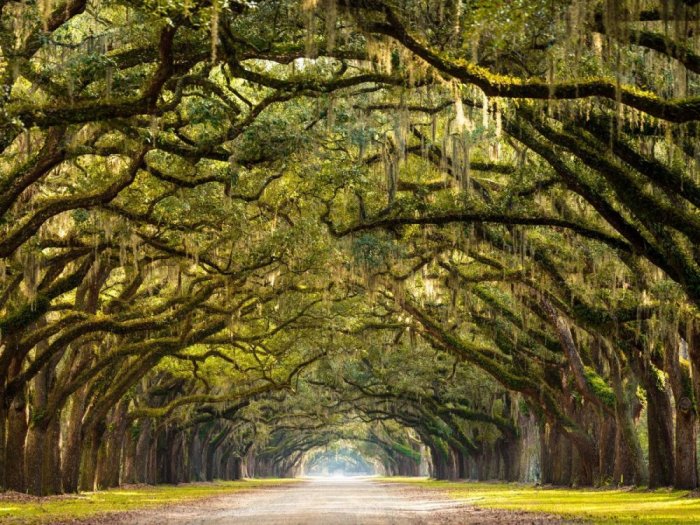 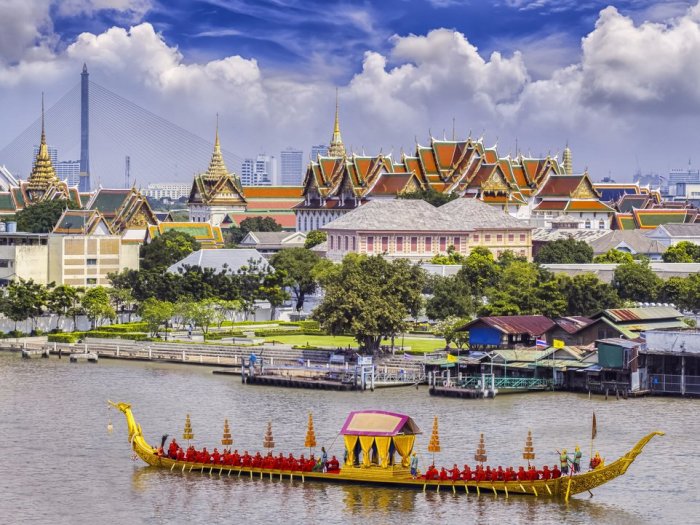 Learn about the beauty in Switzerland

The most beautiful European islands this summer