The Pantheon in Rome means this word that it is the temple of all the gods, as it is considered the oldest dome building still standing in the city of Rome. It is believed that this building belonged to the architect Trahan Abudulus Damascene, and was built during the reign of Roman Emperor Hadrian with the help of his accomplished architects
The Pantheon building is considered one of the most important tourist places in Rome

The best activities you can do in the Pantheon

• You can start wandering around the Pantheon building from the outside and see its wonderful and artistic building, take some memorable photos and get from one of the shops located near some light food or drinks. 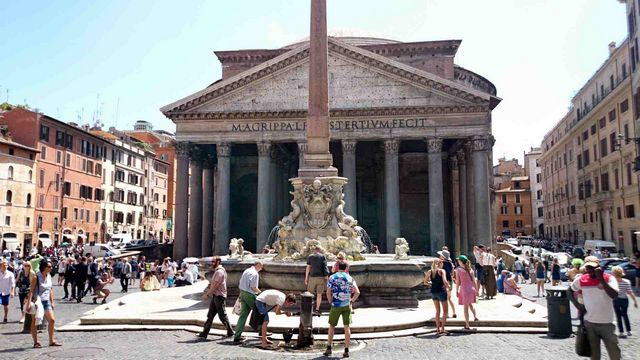 • You can see this huge edifice and get to know the parts of the temple. You can walk around the corridor, which consists of a large hallway topped with a perforated dome to enter the sunlight. 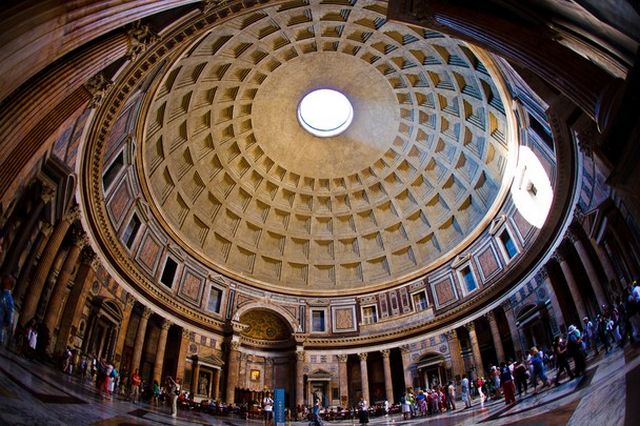 • You can see the large circular gallery consisting of huge columns built of granite, and you can accompany a tour guide to explain the history of the place, or you can take some pictorial publications on the temple to learn about the history of this huge temple.

Opening times of the Pantheon

The best Rome hotels near the Pantheon Rome

Grand Hotel de la Minervi is a 5-star rating with a very good rating among the best hotels in Rome, as it is less than five minutes’ walk from the Pantheon in Rome.
Summary of Arab visitor ratings
The hotel got very good reviews for the location, view, and staff. Furniture needs improvement.

The 4-star Pantheon Hotel with a very good rating among the best hotels in Rome, just a few steps on foot from the Pantheon.
Summary of Arab visitor ratings
The hotel received great reviews for the location, cleanliness, services, staff.

The location of the Pantheon, Rome, on Google Map

The 3 best activities in the Spanish stairs in Rome Italy

The best activities in the Trevi Fountain, Rome, Italy