4 most beautiful tourist cities in Slovakia

The country of Slovakia is one of the most beautiful countries of tourism in Europe, famous for its wonderful mountainous nature, as the highest mountain range in the Carpathians extends across the north of the country, and Slovakia has a unique tourism among nine scenic national parks, along with the amazing mountain caves of Domica and included in the World Heritage Lists of the organization UNESCO, and its lands run wonderful rivers.

In order to make it easier for those who wish to travel to Slovakia to travel, we offer some information, perhaps the most important of which is that the Slovak currency is the Slovak krone, its language is the Slovak language, and the capital of the country is Bratislava.

The best seasons of tourism in Slovakia

Slovakia is one of the landlocked countries in Europe, and in general the weather is characterized by a dark continental climate, where summer is relatively hot and short, and cold cloudy winter, spring can be the best time to visit, and the most visited season is summer, you will be able to make the most of the landscape And fertile forest areas, as for the seasons of the year in Slovakia, they are divided as follows:

In the spring that comes between March and May, it is characterized by warm weather and mild weather, and this is the flower season, when fruit trees in the Slovak fields are colored in beautiful colors.

The summer season comes from June to August, which is the peak of the tourist season in the country, as it attracts a large number of tourists, as visitors to Slovakia can enjoy all activities and look more amazing, the temperature that is at its highest levels reaches sometimes to 30 degrees Celsius .

As for autumn, which varies from September to November, it is a wonderful season during which it is recommended to visit Slovakia, especially with beautiful and clear weather, which lasts during the months of September and October, allowing the opportunity to visit the dense forests and the opportunities for hiking and hiking.

Winter comes in December to February, so it could be a good time to visit the capital, Bratislava, a city that is decorated with snowfall. It is also the most enjoyable time for adventure and snowboarding lovers in the High Tatras, while services decrease during the winter and some landmarks are closed in the period From November to March.

How long you can stay in Slovakia

When traveling to Slovakia it must be ensured that your passport is valid for a period of no less than six months, and since the Slovak authorities require citizens of Arab countries to obtain a visa in advance to enter their territories, which you obtain in the normal way by directing you to the Slovak embassy or consulate Available in your country, or by entering the country’s official website, this visa will give you an opportunity to stay in Slovakia for no more than 90 days.

Tourism in the city of Bratislava Slovakia

The glittering capital of Slovakia, located along the Danube, surrounded by vineyards and the Little Carpathian Mountains, which intersects with hiking and cycling trails, this 18th-century town is famous for hiking between cafes and vibrant shops, and Bratislava Castle is located. It was rebuilt on a hill, overlooking the old city and the Danube.

Bratislava Castle also includes a branch of the Slovak National Museum, with displays of antiques and crafts in the twentieth century, the main square lining the sides of the old city, and you find the medieval city hall, and the Slovak National Theater that offers original classic performances, St. Martin’s Cathedral Gothic overlooking the outskirts of the old city, and many other places of interest in Slovakia. 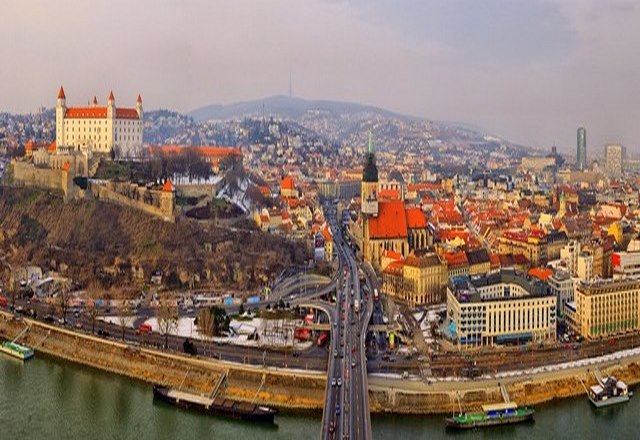 Tourism in the city of Košice Slovakia

Kosice is one of the most beautiful cities of Slovakia and its second largest city, which is located in the east of the country, and its origins date back to the period of the Middle Ages. The archaeological complex preserves fortifications from the thirteenth century. Ten, and do not miss to visit the iconic Wax Museum.

The East Slovakia Museum, located in the city center, contains a large screen of gold coins in the Slovak Technical Museum. Exhibits include a reconstructed mine, telescope and typewriters. The Slovak East Gallery presents contemporary works of local artists in the early twentieth century, and in the city outskirts includes a botanical garden More than 4 thousand species of plants, along with orchids, and aloe vera, then head further north at the Kochica Zoo which is home to zebras, tigers, as well as Dino Park as attractions include exemplary dinosaurs and 3D cinema.

The proposed duration of visit to the Košice Slovakia tourist regions is 3 days. 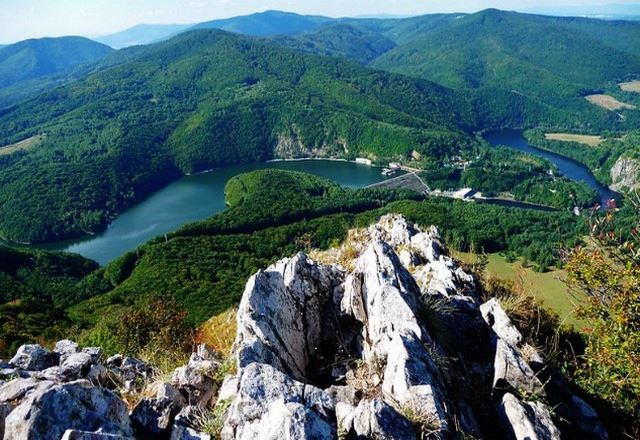 Tourism in the city of Piestany Slovakia

One of the most famous cities in Slovakia in the world, and it is known as a spa like no other, and the reason for this fame is its unique nature, through the presence of medical mud, geothermal water of a curative nature to recover from inflammatory diseases, as well as a variety of health and treatment measures .

This distinctive city also includes interesting historical monuments, such as the baths of Napoleon, and the beautiful artworks that can be found in the Garden of Niyal is really worth a visit, and you cannot miss seeing a statue of a man who breaks crutches on the magnificent Colonada Bridge, as this statue has become a symbol of Piestani In 1894 AD and today it is part of its motto, the city offers its guests a rich cultural life with many opportunities to practice various sports such as water skiing, golf and squash, along with fun activities including the Piestany Music Festival, Organ Days, and the International Rowing.

The proposed duration of visit to the regions of Piešانيany Slovakia is two days. 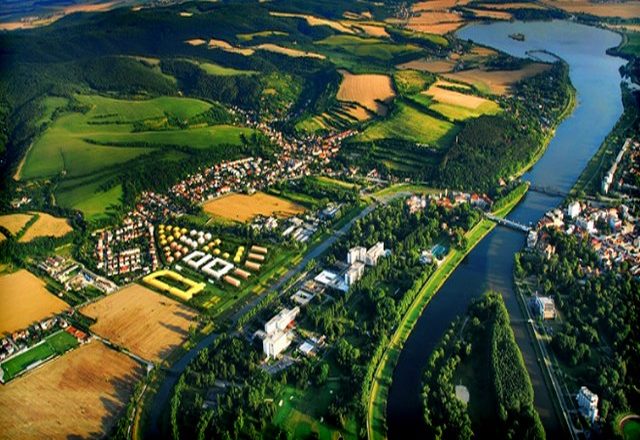 Tourism in the city of Nitra Slovakia

Nitra is one of the most beautiful tourist places in Slovakia, enjoying its great location at the foot of Mount Zubur in the valley of the Nitra River, which is the fifth largest city in Slovakia, and one of the oldest cities in it, and an ancient nitra was ruled by Slavic princes in the early Middle Ages, at that time This charming city was the capital of an emirate that captured most of western Slovakia.

The city includes the oldest dioceses of the country, and is based in St. Imam’s Cathedral. This memorial rises from the highest summit in the city within the walls of Nitra Castle, which is a mixture of Roman, Gothic, and Baroque buildings. Enjoy the exotic atmosphere throughout the castle, the upper city, and a wonderful tour of The range of the hills of the Zobor, steeped in myth, and visit many churches and monasteries in this wealthy city.

The proposed duration of visit to the Petra Slovakia regions is two days. 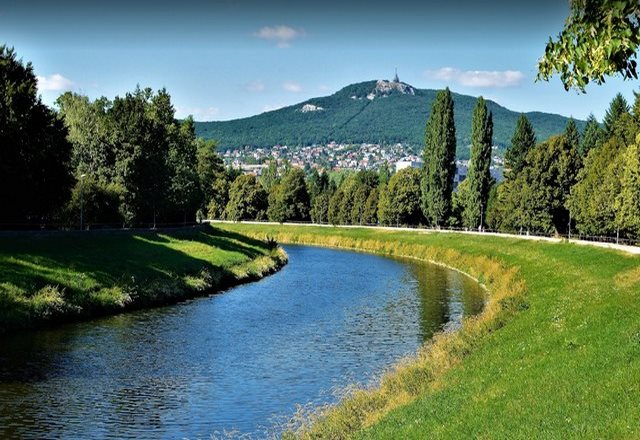 Slovakia supports distinguished tourism, offering a wonderful package of hotels that are strategically located near the most famous tourist attractions in the country and the best views. The accommodations also offer the finest rooms and suites equipped with the latest facilities and the best services, and below we will present a list of the best hotels in Slovakia based on the summary of the Arab visitor ratings And their opinions .. Read more 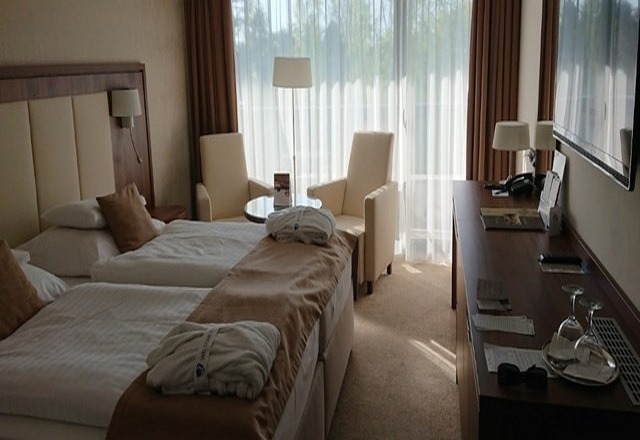