“Arab travelers” .. In this topic, 5 projects that are the largest in the tourism sector are presented to you: 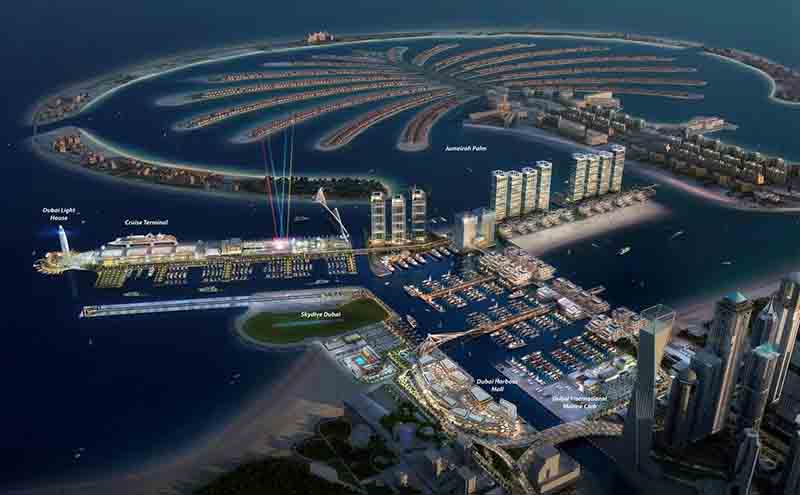 With the start of the Good Year, Dubai announced the Dubai Harbor integrated economic and tourism development project, which is being implemented by the “Meraas” group in the waterfront area located along King Salman bin Abdulaziz Al Saud Street, between “The Palm Island” and “Jumeirah Beach Residence”. It is one of the most important projects that directly serve the tourism sector in Dubai.

Among the most prominent components of the project is “Dubai Lighthouse”, through which it guides ships and yachts at night to help them navigate to and from the port area and yacht marina. The lighthouse reaches 135 meters and is located at the top of it is a control center in the field of vision 360 degrees and surrounded by a hotel with a semi-circular design and a group of restaurants Distinctive, the beacon is characterized by a window-free interface, which makes it a high-res screen and ideal for light shows.

The yacht port, which will be the largest ever in the Middle East and North Africa, and can accommodate 1,400 yachts, in addition to a port equipped to receive huge cruise ships supported by an integrated service to receive passengers with a capacity of 6,000 passengers, a unique shopping destination, events center, various hotel and service facilities, and high-end residential and office buildings While the project streets will be designed with its various components in a special way in which it can host Formula car races, in addition to “Dubai Light House” which will be one of the most important and beautiful features of the “Dubai Harbor” project, which will take four years to implement in its future design. Years from the date of commencement of construction work, while it will be delivered in several stages.

The project design was taken into consideration to ensure ease of movement using marine transportation, as the project was provided with a number of water taxi stations, the most prominent of which are in the commercial center area and the group of hotels, which feature direct access within a unique design that ensures passenger comfort.
With regard to internal transportation, the Dubai Harbor project is characterized by an advanced land transportation network including the monorail system, which extends to transport passengers between the various components of the project and its main features, including the passenger ship terminal building, cruise ships, hotels, yacht club, commercial center and Skydive Dubai. And “Dubai Lighthouse”.
A pedestrian bridge linking the Yacht Club to Skydive and the commercial center will also be available at the marine destination, in addition to a similar bridge that will connect Dubai Harbor to the Palm Island, including a running track and another for bicycle users, while it will also spread throughout the project tracks for jogging and cycling. 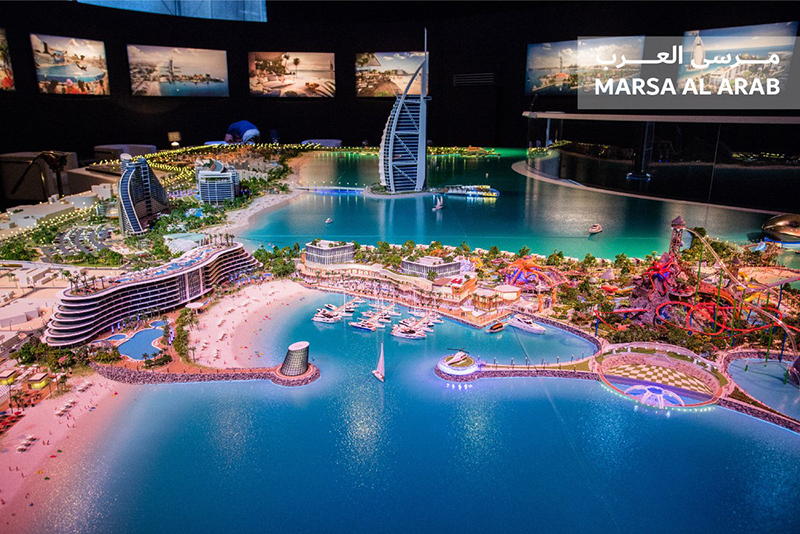 The promising leisure and commercial tourism project “Marsa Al Arab” to be implemented by “Dubai Holding” on the shore of Jumeirah in Dubai and close to the Burj Al Arab site.

The new project “Marsa Al Arab” consists of a new family hotel and “Wild Valley” to which new rounds and water games will be added and unprecedented entertainment options. It also includes a complex of office space for international companies, a huge multi-use conference center and a shopping center with an area of ​​more than twenty thousand Square meters, various restaurants and cafes.

The “Marsa Al Arab” also includes 300 apartments overlooking the waters of the Gulf, in addition to 140 luxury villas built on the land of a new island that is distinguished for its privacy and luxury, and on the island also a “boutique hotel” equipped with luxury service and entertainment facilities with world-class specifications that reflect the cultural status of Marsa Al Arab as a tourist destination Attractive with its facilities that include pedestrian walkways, a hiking and sports track, a bike track and swimming pools.

The marina will also include ten thousand parking lots and a fast and fast transportation network to facilitate movement between resorts and entertainment destinations in the marina.

Two artificial islands with a total area of ​​four million square feet, at an estimated cost of six and a half billion dirhams. The two islands include four hotels with a capacity of 2400 hotel rooms, “Wild Valley”, water park, “Dosole Circus”, the Pearl Museum, 40 luxury villas, 300 apartments and six office towers And an outlet for retail and restaurants numbering 400 stores, restaurants, a conference and wedding center, a yacht club, a private yacht marina and other facilities that will make Marsa Al Arab a meeting place for families, major international companies, businessmen and tourists from all cultures and civilizations. 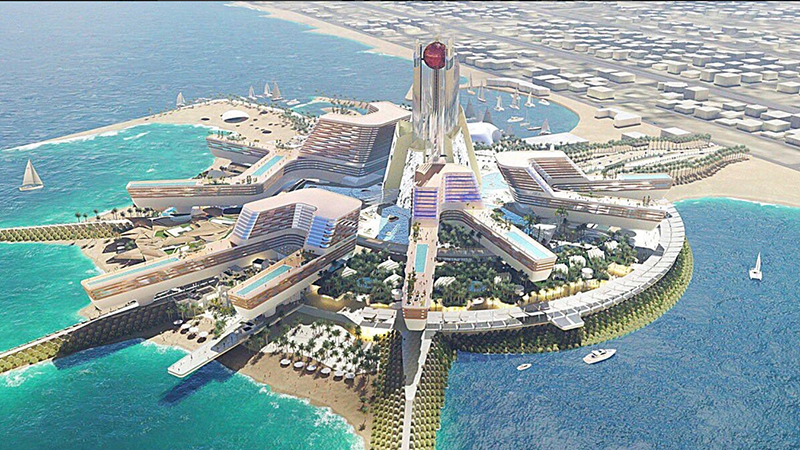 Among the most prominent components of the promising project, which is implemented and managed by “Wasl Asset Management” in cooperation and partnership with MGM, a global company based in Las Vegas, in the United States of America, three major hotel and residential components consist of a thousand rooms and hotel apartments, in addition to ten private villas, and the third component A group of fine restaurants and cafes, and the Bellagio Hotel and Resort will be constructed with international specifications and the distinctive MGM Hotel, with its own private beach view.

In addition to the two luxury hotels, the island includes a building dedicated to hotel apartments, in addition to indoor and outdoor swimming pools, gyms, a business club, water fountains, artificial waterfalls, stunning views and green spaces that give a family and entertainment atmosphere to the island’s visitors, which also includes the “Dubai Sphere” project, which is an entertainment tower in the middle of the island It rises to a distance of 110 meters and can accommodate about 300 seats for guests to enable them to view sound and light displays in three dimensions with special effects. Visitors can also experience vertical travel that carries them on an upright axis to the top and complete with access to the top of the dome J open automatically to reveal panoramic views of breathtaking views of the entire island and the most beautiful areas of the city of Dubai.

And among the components of the project are three structural towers in the form of waterfalls that surround the “Dubai Sphere” and connect with it through many floors, which are dedicated to events, exhibitions, etc. and are available in retail shops, restaurants and cafes.

The other entertainment component of the promising island is the theater that accommodates about 800 guests and an area of ​​more than eighty thousand square feet, which is dedicated to the shows that will be organized by “MGM” that runs the island, and these offers will be the first of its kind in the world not to mention hosting Conferences, festivals and other events such as weddings, etc. The theater connects with the beach club to provide an enjoyable and entertaining experience.

The project also includes an “adventure cave” with an area of ​​about 124,000 square feet to enable children who visit the island with their families to spend fun and enjoyable times through playing sports and games that suit the needs of children of all ages.

As for the beach club on the island, it provides visitors with many activities in luxurious and luxurious facilities on an area of ​​33,000 square feet. The club includes the lake area, which covers an area of ​​about ninety thousand square feet, to organize water shows, especially in the evening hours. It will be open to visitors daily and the club can accompany five. Nujoom to host special events for people who want to honor their guests.

It also surrounds the island “Corniche” extending for a distance of a kilometer and 200 meters and includes many retail spaces, restaurants and cafes. 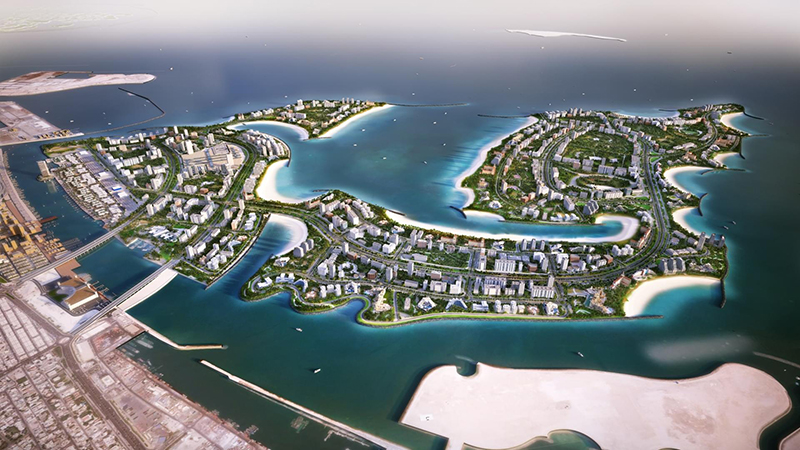 The Deira Mall project in the Deira Islands, which is implemented by Nakheel, has a total investment of about 6.1 billion dirhams, the highest value for one project since the establishment of the Burj Khalifa in 2004.

The Deira Mall, with rent rates of more than 4 million square feet, is the largest in Dubai in terms of retail space.

The center is located in the center of the Deira Islands project, which has an area of ​​15.3 square kilometers and is implemented within the vision of Dubai 2021. It accommodates more than 250 thousand people.

The center also includes 1000 shops, cafes, restaurants and entertainment outlets distributed over three floors. The center is surmounted by triangular ceilings that allow sunlight to enter and to shop in open space in moderate weather.

The center is the jewel of the crown in the Deira Boulevard complex, which is implemented by Nakheel at a cost of 5 billion dirhams, and which includes 16 residential towers with about 3 thousand apartments, in addition to restaurants, retail stores and entertainment spaces. The complex with Deira Mall provides 4.5 million square feet of retail space. The Boulevard tender was launched last January.

Deira Mall is one of the largest retail projects implemented by Nakheel Malls in Deira Islands. As for the second project, it is the night market in the Deira Islands, which will be the largest night market in the world, which includes 3500 shops and more than 100 cafes, cafeterias and restaurants. The project will be completed before the end of 2020. 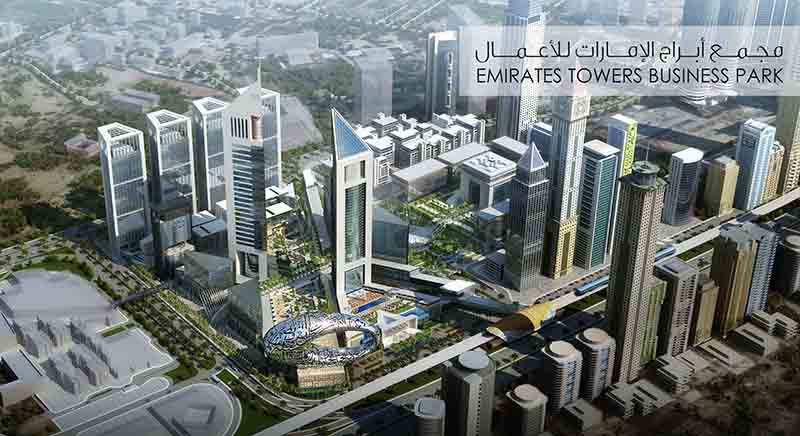 A few days ago, the “Emirates Towers Business Park” project, which was implemented by Dubai Holding in the area between Sheikh Zayed Road and Al Saada Street and close to the Dubai International Financial Center, will be announced and upon completion it will form an integrated business destination in the heart of Dubai.

In future, the complex will provide a supportive environment for the business community, in light of the legal and regulatory environment provided by the Emirate of Dubai that adopts the highest standards of global integrity and transparency, knowing that all new companies joining the new business area will operate in the supervision of the Dubai International Financial Center authority.

The new business district is fully supported by the Dubai International Financial Center, which provides the center with the ingredients to ensure success for all its partners from all over the world.

The complex, which represents a valuable addition to the existing business environment, will provide a wide choice of excellent office space for international companies looking to transfer their headquarters and regional business to the emirate, and will also host three luxury five-star hotels that the Jumeirah Group will manage one while the other two hotels will be managed By leading international hospitality companies, retail space, which will include a prominent group of international brands, a series of restaurants and cafes, a central plaza dedicated to hosting events, public plazas and gardens, as well as facilities to facilitate and serve businesses and companies.

The complex has an ideal location, ensuring easy access to and from all its facilities and buildings, where the basement has been divided into three levels, one of which will be allocated to facilitate traffic and vehicles, while the other two levels will be used to provide 13,000 new parking spaces, in addition to two covered pedestrian bridges connecting the project The Dubai International Financial Center.

The Museum of the Future will remain an important landmark near the Emirates Towers Business Park, which includes laboratories for innovation in the fields of health, education, smart cities, energy and transportation. The complex will add a new dimension of brilliance to the urban horizon of the financial district in Dubai, knowing that construction work will start at the end of this year, and it is scheduled to be completed within four years. 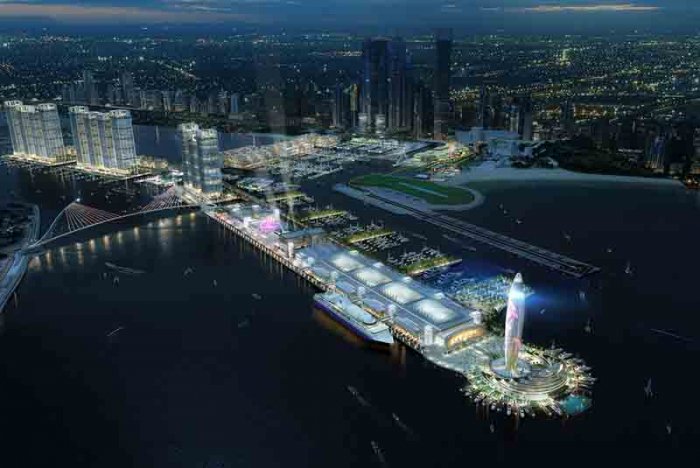 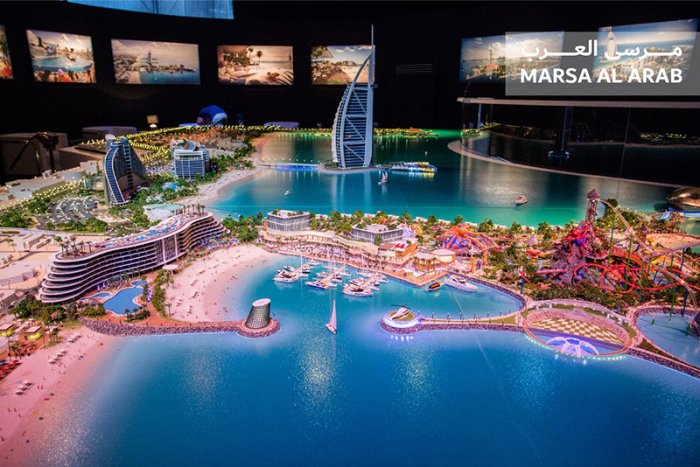 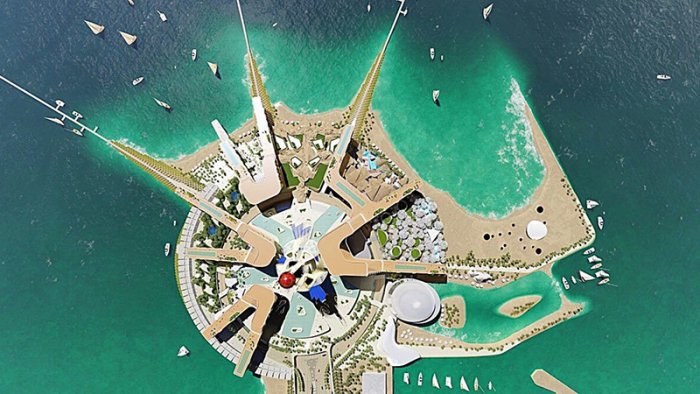 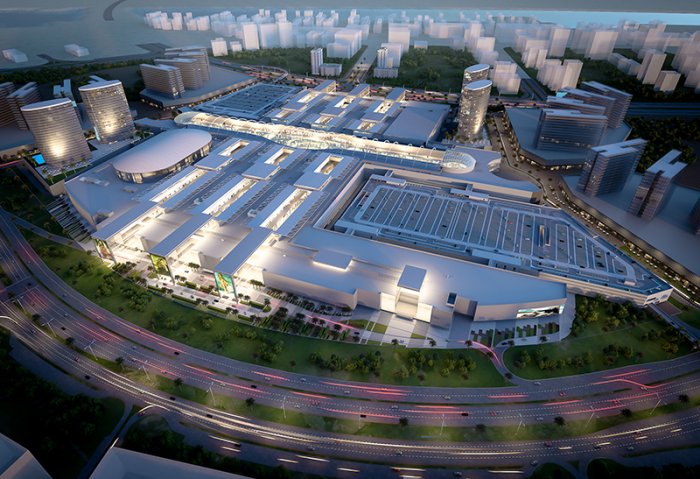 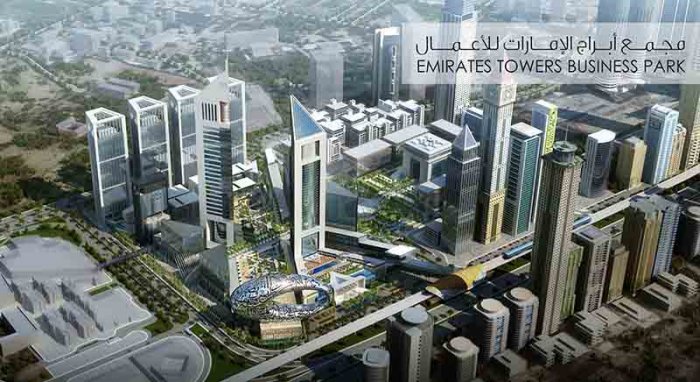 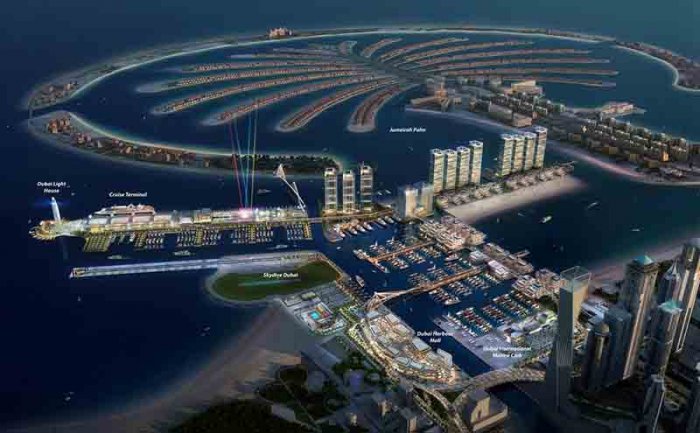 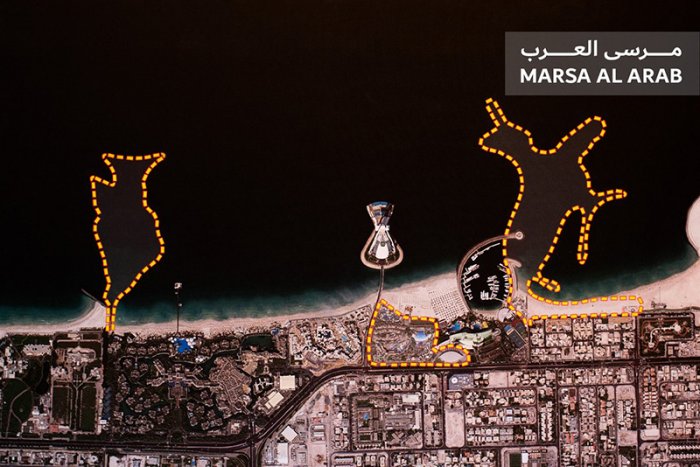 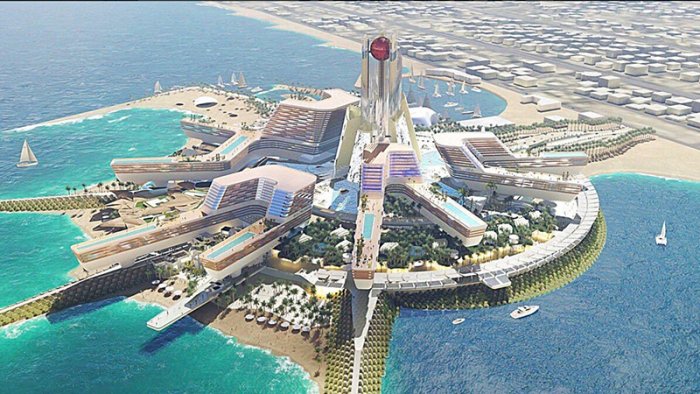 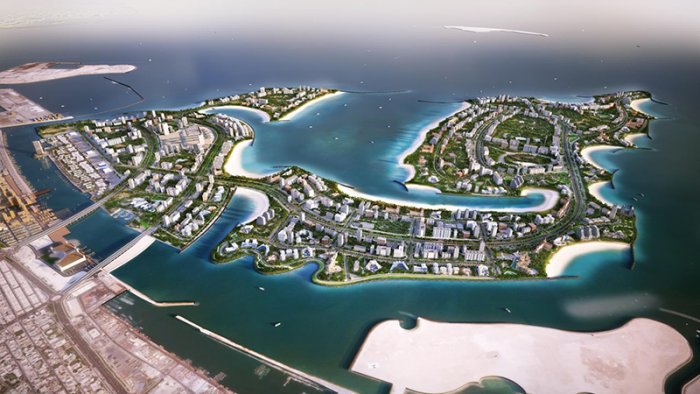 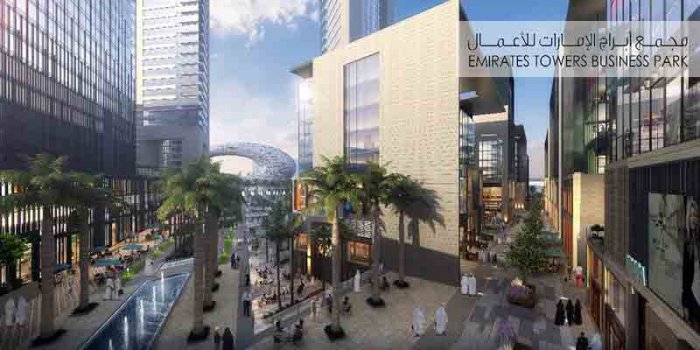 Sentosa Island, the most beautiful tourist areas in Singapore

The 5 most beautiful tourist destinations in Europe for summer 2020