6 most beautiful Italian countryside villages We recommend you to visit

There is no doubt that the Italian countryside is one of the most magnificent tourist destinations in Italy, which is the most beautiful haven for those looking for the charm of virgin nature and the charming atmosphere that dominates calm and tranquility. And wonderful lakes.
Some of the Italian countryside villages are on the UNESCO World Heritage List, and others are car-free in order to preserve their traditional ambiance. They also own many museums with rare collectibles and archaeological sites dating back to the Middle Ages.

Italy has a distinguished selection of hotels that guarantee to its guests the finest rooms and suites equipped with the latest facilities, and provide the best services, next to its unique location overlooking the most beautiful views and the most prominent tourist attractions, and below we will display a group of the best hotels in Italy based on the reviews and opinions of Arab visitors .. Read more 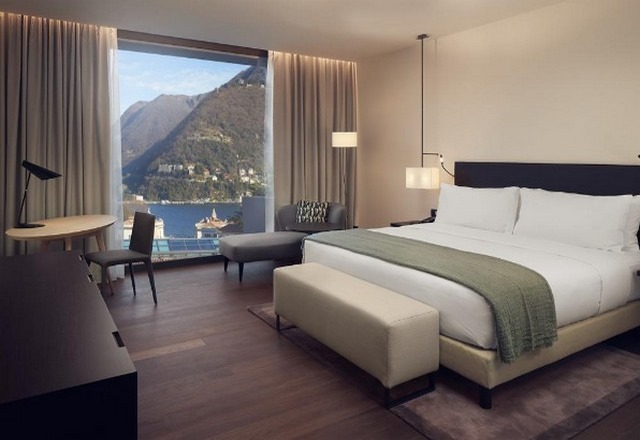 The most beautiful villages in the countryside of Italy

We will accompany you on a tour that gives you an opportunity to savor the charm of the Italian countryside, taking among an unparalleled group of villages that deserve to be visited and explored.

The village of Castelluccio

Casteluccio is one of the most picturesque villages in the countryside of Italy, it is a small village perched on a hill in Imperial, overlooking the huge heights surrounded by the mountains of Abyan in central Italy, which is at an altitude of 1452 meters, which made it the highest settlement in the Alps, near the Monte Sibilene National Park.
In the flower season between May 20 and July 20, this village is covered with a colossal texture of red, yellow, and purple flowers, in harmony with mountain peaks covered in ice, and horses grazing on their land on the grass on the sloping side of the hill in a breathtaking landscape.

One of the most beautiful and oldest villages of the Italian countryside dating back to the Middle Ages, which is now considered an ideal destination for families to spend a special holiday, and the name of the village is associated with the name Carlo Lorenzini, author of Pinocchio, so statues of this character are spread in the village and includes its largest wooden statue.
The village of Collodi includes an impressive series of small houses that climb straddling the sides of the hill, in great order, while at the top of the hill there is an old castle that dominates the entire village, and next to it is the beautiful Church of San Bartolomeo Diocese, in addition to many decorative fountains and charming orchards.

The village of Atrani is one of the most beautiful villages of the Italian countryside, that wonderful village that extends along the Amalfi Coast, overlooking the valley of the Dragon River, and is surrounded by Civita Hill and Oreo Hill, while it possesses the traditional antique houses with balconies directly facing the beach, which gives them the best view, as it is distinguished This village is free of cars.
Among the important landmarks of the village is the Church of San Salvatore, with an elegant marble fountain. Beside this, Atrani features an impressive array of restaurants serving delicious seafood.

The village of San Gimignano

Is one of the most important villages in Italy’s countryside, located in the province of Siena in the region of Tuscany in central Italy, and is famous for its high towers with amazing inscriptions in the Roman style, dating back to the medieval, which resembles skyscrapers, overlooking from a hill at an altitude of 350 meters from the sea.
The village of San Gimignano is full of Roman and medieval art and architecture, as well as the Renaissance, as it houses the impressive San Gimignano cathedral, a museum of sacred art alongside the chaplain wards, and the Museum of the Fercia de San.

Matera is one of the most beautiful Italian countryside villages, located in a rocky area in Basilicata in the south of the country, and includes a complex of carved caves at the foot of the mountain, the Vico Solitario Museum, next to the rocky churches, and also includes a prehistoric settlement of Morgia Timon and a bronze age cemetery.
In western Matera there is a Sin Crypt decorated with large murals from the ninth century AD. The Museum of Contemporary Sculpture displays Italian and international works, from the late nineteenth century to the present day, and the Domenico Ridola National Archeology Museum, which includes much of the country’s history.

The village of Alberobello

This legendary village has been a World Heritage Site by UNESCO since 1996, thanks to the architectural and historical value of unique houses with white conical roofs known as Trolley, which is considered one of the best examples of the architecture in Europe and an open-air museum.
This village owns the City Museum, the Museum of Del Teritorio, and the region of Rón Monti, which is located on a slope and consists of several narrow lanes in curved paths along the hill. Touring this place is very enjoyable, among a distinguished group of stores. There are also many pizza restaurants in the village And snack shops.

The 5 most beautiful German rural cities are recommended