Kyrgyzstan is one of the most beautiful, charming and glorious cities in the world. It possesses an unparalleled nature and breathtaking views that speak of breathtaking beauty. In addition to popular markets, entertainment places, archaeological sites, all this and more in the largest tourist cities in Kyrgyzstan.

The best hotels in Bishkek Kyrgyzstan

Bishkek hotels Kyrgyzstan, which is characterized by its unique location overlooking the most important landmarks of the city, and also provides its guests the finest rooms and suites equipped with the latest facilities with the provision of the best services, and below we will display a selection of the best hotels in Bishkek Kyrgyzstan, according to the reviews and opinions of Arab visitors .. Read more 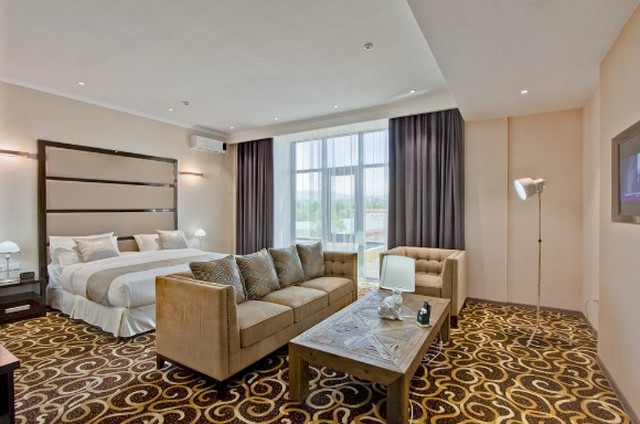 Which is the most famous tourist attraction in Bishkek Kyrgyzstan and the most crowded, it is the main square in the capital, and its name means the great mountain so it symbolizes the mountainous terrain and nature of the country, and many official events are held by parties and festivals, this square is adorned with lights on Independence Day, but on New Year’s Day It is decorated with a large tree, with traditional Kyrgyz designs.
Ala Too Square contains seating seats, and is surrounded by a distinct water fountain topped with a statue of Manas. It is surrounded by many cafes, restaurants and parks, in addition to attractions that are worth exploring in the capital. 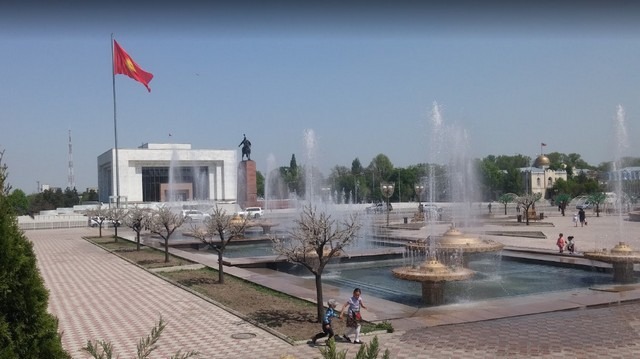 The National Historic Museum is one of the most important tourist and archaeological monuments located in Bishkek, Kyrgyzstan, and was established in 1927 AD, and this museum contains many unique remains dating back to the Soviet era, including carpets, textiles, a number of tombstones and some archaeological murals.
The museum building was formerly the headquarters of the Soviet Intelligence Service, and now it has been divided, so the first floor has been dedicated to the country’s national heritage, and the second floor has been dedicated to all golden and silver antiquities that hold much of the country’s history throughout the ages. 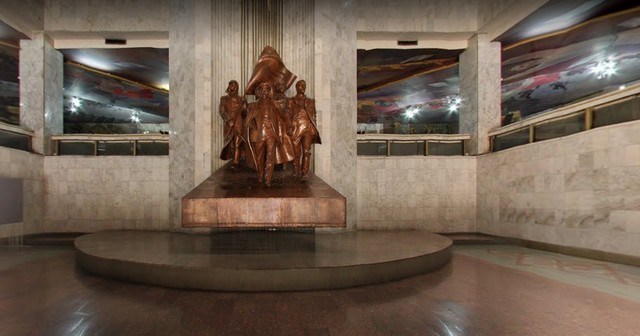 Oak Park is one of the oldest places in Bishkek Kyrgyzstan, where the age of this park dates back to the establishment of the capital itself, so it is one of the most important tourist and recreational attractions because of its wonderful views of the vast green spaces interspersed with distinctive oak trees, and also has a fountain It is surrounded by an obelisk of 11 meters high and a monument to the soldiers of the army, and the people of the city visit it in the summer to enjoy the wonderful atmosphere and its picturesque view.
Oak Park is divided into two parts, a section is a garden that includes a large number of giant trees and unique flowers, while the second section includes the cultural center that contains many tourist monuments and sculptures, as well as multiple art galleries. 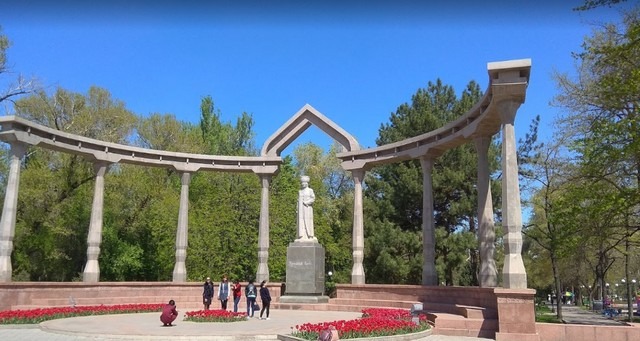 It is one of the largest markets in Kyrgyzstan, Bishkek, and it is located on the western side of the city, this wonderful place gives you an opportunity to get a glimpse into the cultural and local life of the residents of the capital and its neighboring cities. You can also buy food products, clothes, and souvenirs, in addition to machines Musical, Kyrgyz uniforms in the national goods division, they also sell carved tree trunks.
You can eat delicious popular cuisine with the largest selection of local sweets such as sweet cakes, dried fruits, and many other products offered by this huge market in the capital. 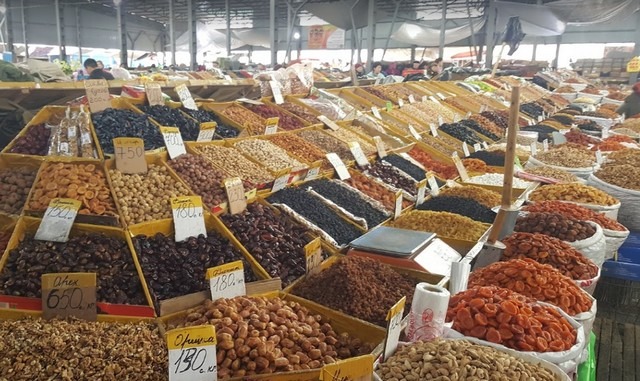 The park is a magnet for visitors to Bishkek Kyrgyzstan, which possesses the most beautiful views and landscapes worth contemplating, as the park covers an area of ​​200 km, and includes the Ala Archha River Pass and the highest mountain peaks of up to 50 mountain peaks, 20 rivers of small and large glaciers, in addition to the Adegine Valley A tree that contains waterfalls and water springs.
It also provides its visitors with a lot of activities among its charm-rich parts, from horseback hiking, skiing to frozen lakes, and mountain climbing for those looking for adventure between ice trails and rocks, in an exciting experience full of vitality, and in the late summer and early fall Hundreds of tourists camping in the valley. 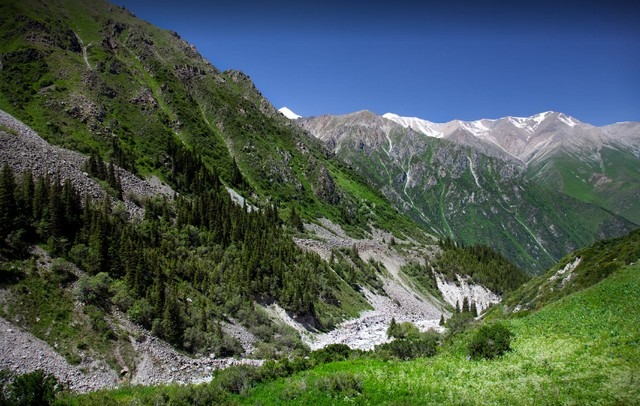 The central mosque in Bishkek

The oldest gatehouse in Bishkek Kyrgyzstan, one of the largest and most famous mosques in the city. The central mosque was built in 1886 AD, and is one of the most prominent tourist attractions, as it has a simple and not free architecture of its architecture, so its doors look like an art piece that was carefully and brilliantly engraved, in addition to Its prominent minaret and magnificent silver domes, and its interiors are also beautiful, do not miss to visit this ancient mosque during your special tour. 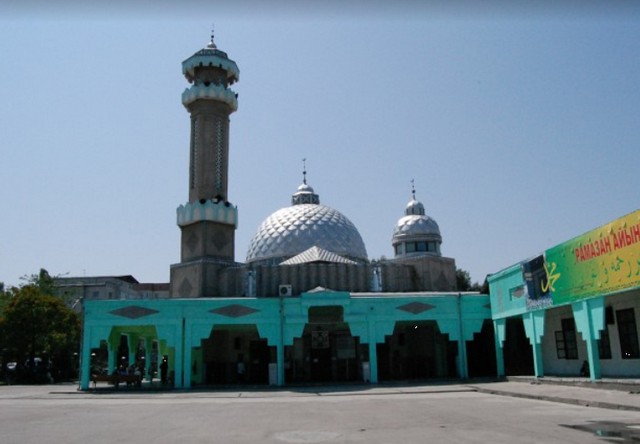 One of the most famous places of entertainment in Bishkek Kyrgyzstan, which represents the most important tourist attractions that visitors come from inside and outside the city, and where it provides many aspects of enjoyment for adults and children, including the high-tech 3D Cinema iMax of glasses, comfortable chairs, and giant screens It also houses a bowling center equipped with the highest quality.
In addition to a lounge that includes a large number of restaurants and cafes with international names and other local, a dedicated area for children’s games, and a hall for video games and laser favorite many, and a theater where many shows and live events are held, as well as souvenir stores, you will have a lot when you are in this special center . 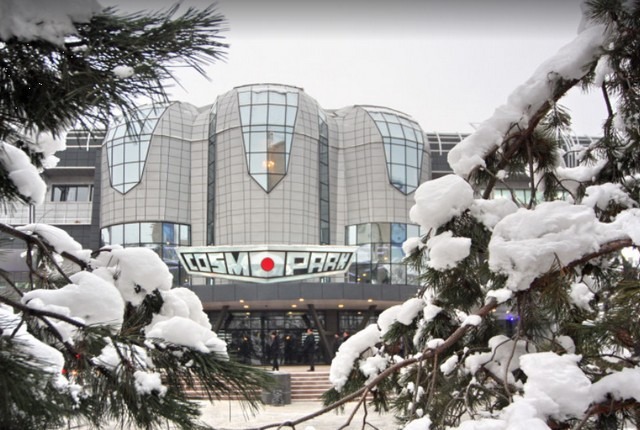 Kyrgyzstan is the most distinguished and wonderful place, is a valley and mountain resort consisting of three groups of thermal springs in the Alps on the right side of the Arashan River, and a wonderful forest view is at an altitude of 2435 meters, and it contains hot sulfur baths that are used to treat a number of diseases. The resort is in a botanical research area called Arashan Nature Reserve that includes many leopards and bears. 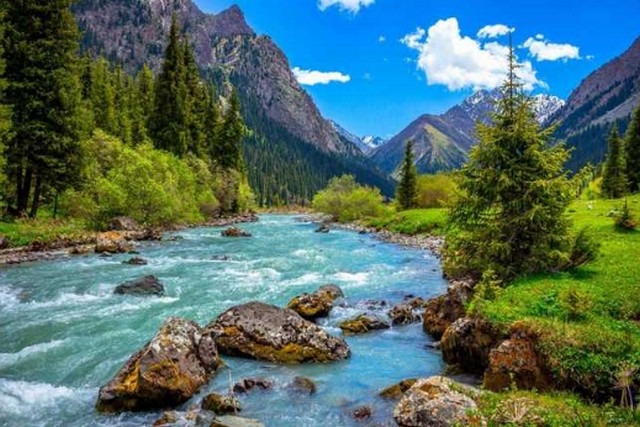