Bayanindah is considered one of the most picturesque monuments in Kuala Lumpur, which must be recognized, as it is a building specializing in Malaysian cuisine, preparing and cooking the most delicious and wonderful foods that Malaysia is famous for, and there is also a school inside it, and Which teaches everyone who attends the most important wonderful recipes to prepare authentic Malaysian meals, and that is why we have chosen it to introduce you to one of the most important Malaysian food shelters in general, which is the Bayan Indah Foundation. 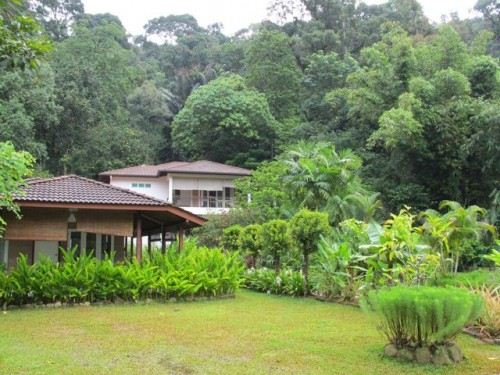 As we have talked about Bayan Indah, it is located in a small suburb, within the suburbs far from the city center in Kuala Lumpur, as there are around it a group of large hills, which are covered by various types of trees and dense and interlocking rainforests, as they also contain Those around it have many different bodies of water, full of strong water currents that collide in the forests.
All this as it contains a large pond, inside which a group of different kinds of fish lives in it, and a group of attractive aromatic plants and flowers wraps around the pool, making it one of the most beautiful tourist attractions that must be visited, to get away from the noise of the city and crowding it all the time, and It takes about thirty-five minutes to separate it from Kuala Lumpur City Center. 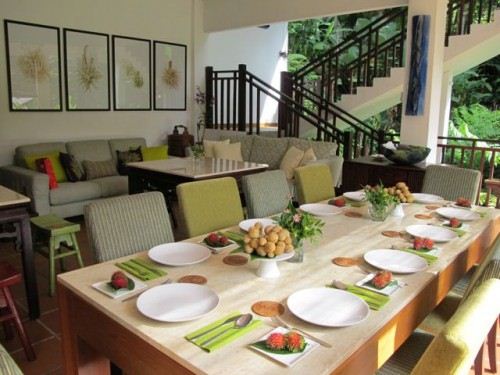 Bayan Indah from the inside
The Bayan Indah Foundation is known to contain a cooking school, which teaches children of all ages the most important ways of cooking, and learn how to use cooking tools and their names, and the secrets of the kitchen and Malaysian food, which is known in the heritage of the Malay Island and is passed on to generations. And not only that, but it also contains a back garden of the building, which contains many types of ingredients used in preparing meals, which include sauce and soup ingredients, and all kinds of spices, herbs, and different saltes. 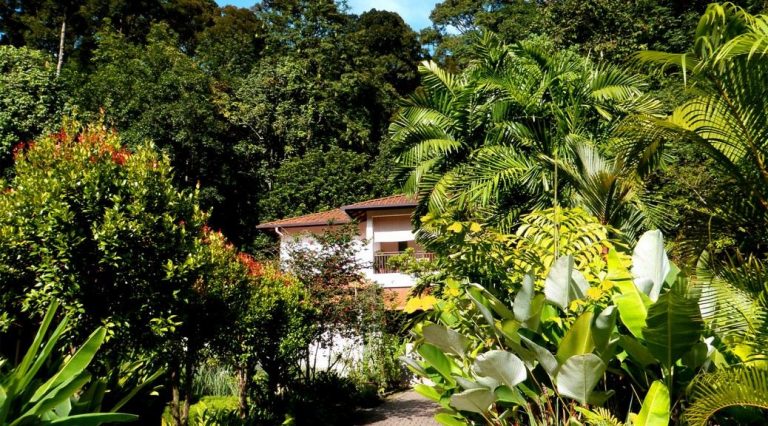 Malaysian cooking courses
And tourists can also participate in the courses set up to teach Malaysian cooking, as there is a set of short courses, through which the most important basic rules can be learned in preparing the Malaysian meal, and learn several types of wonderful Malaysian meals, and what distinguishes the Bayan Indah kitchen also It is constructed in the open air, in front of the tropical rainforest facing the building, which makes everyone in the kitchen feel the breeze in the air coming from the forest, and the scents of aromatic herbs and flowers from within.
One of the most important lessons that all expatriates learn to the Bayan Indah building is the way to wrap the various leaves of grass, which are followed by the villagers, and that they inherited from their grandparents, as these windings are one of the most famous ways of winding, and that makes the rolled grass look like cigarette rolls Thin, also it is possible to identify the most important secret mixes and spices with its exact amounts to reach the desired taste. 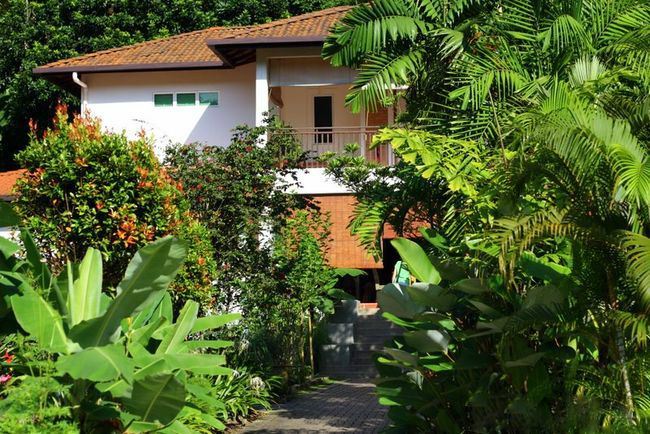 Organizing the building and kitchens
It is worth noting that the Bayan Indah building consists of about four rooms, and the four overlook different directions of the magnificent forest, as it is characterized by good treatment from all workers of the place, and this building has been established and managed, by one of the most famous chefs in Malaysia The whole, which is Chef Rohani Gilani, who has worked to care and care in the construction of this place and equipped with the best distinguished equipment.
Chef Rohani Gilani started teaching cooking since 2001, as she had various skills that she liked to teach her to children and the rest of the people around her, which made her convert her own kitchen to this shelter for Malaysian cuisine.