A tour of Sharjah for the most prominent landmarks

A tour of Sharjah is the focus of our article today, as the Emirate of Sharjah in the United Arab Emirates has become one of the most important tourist destinations, thanks to the diversity and great development witnessed by its tourist attractions, which made it the first choice for many tourists from different countries of the world, and through the following lines in Arab travelers will learn about the most beautiful landmarks in Sharjah for tourism and leisure, it is recommended to visit.

Sharjah National Park is one of the most important and popular tourist places in the emirate, where families are witnessing a great demand for spending pleasant times during their weekly holidays, through which they can enjoy watching the greenery and the wonderful landscapes away from crowding.
Visitors can also wander between the sides of the park, by renting the entertainment train and spending a wonderful time in it, and the park of the park contains figures on the most famous recreational and archeological sites in the emirate, and the park also includes a city of entertainment games suitable for all ages, in addition to the presence of playgrounds to practice various types of sports such as Basketball, hand and foot.
Visiting times: The park is open seven days a week, from eight in the morning until ten in the evening. 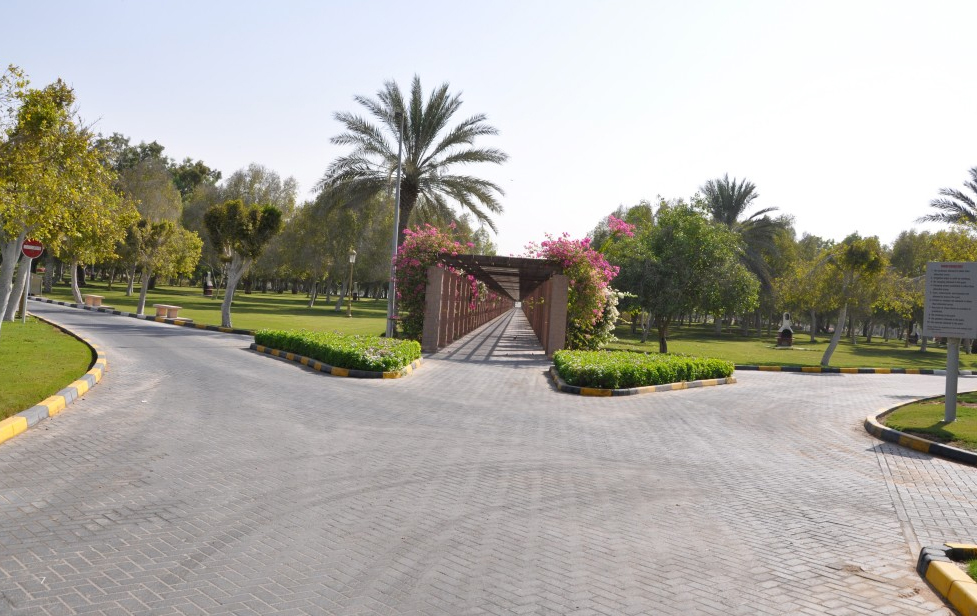 This museum is located in the Souq Al-Majara building, and it is one of the most famous tourist facades in Sharjah. The museum provides important information about Islamic science and culture through exposure to thousands of pieces that express Islamic civilization and all its arts.
The museum includes many exhibitions that numbered 7, including the Abu Bakr Gallery for Islamic Faith, through which the visitor learns about the principles of the Islamic religion and the meanings of the Noble Qur’an, in addition to the Islamic Arts Gallery that displays metal, ceramics, artifacts, all artifacts, artworks and Islamic artifacts, as well as Weapons and crafts in other lounges.
Entry prices: 7 dirhams for adults, 3 dirhams for children from two to 12 years old.
Visiting times: From Saturday to Thursday from eight in the morning until eight in the evening, and on Friday from four in the afternoon until eight in the evening. 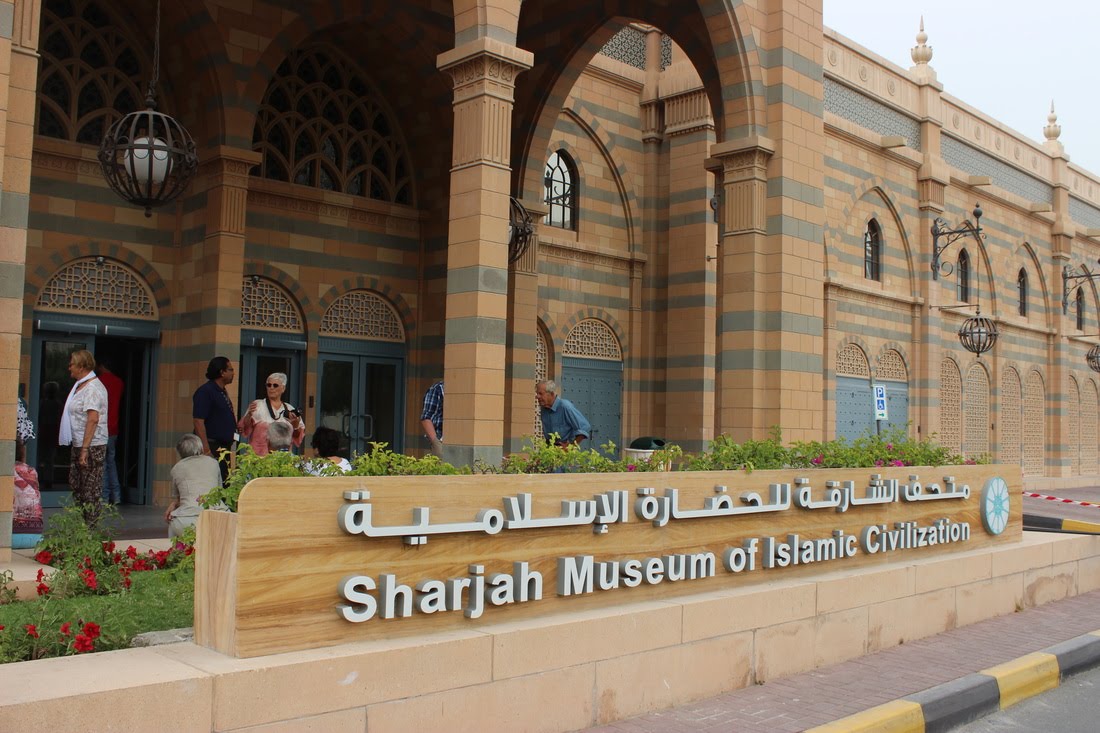 Sharjah beach is considered one of the most suitable places where unforgettable family picnics can be spent, as its waters are characterized by warmth and purity, in which diving and snorkelling activities can be enjoyed and watching a variety of marine creatures and coral reefs, and on its white sands sand baths and recreational activities such as ball Beach and others. 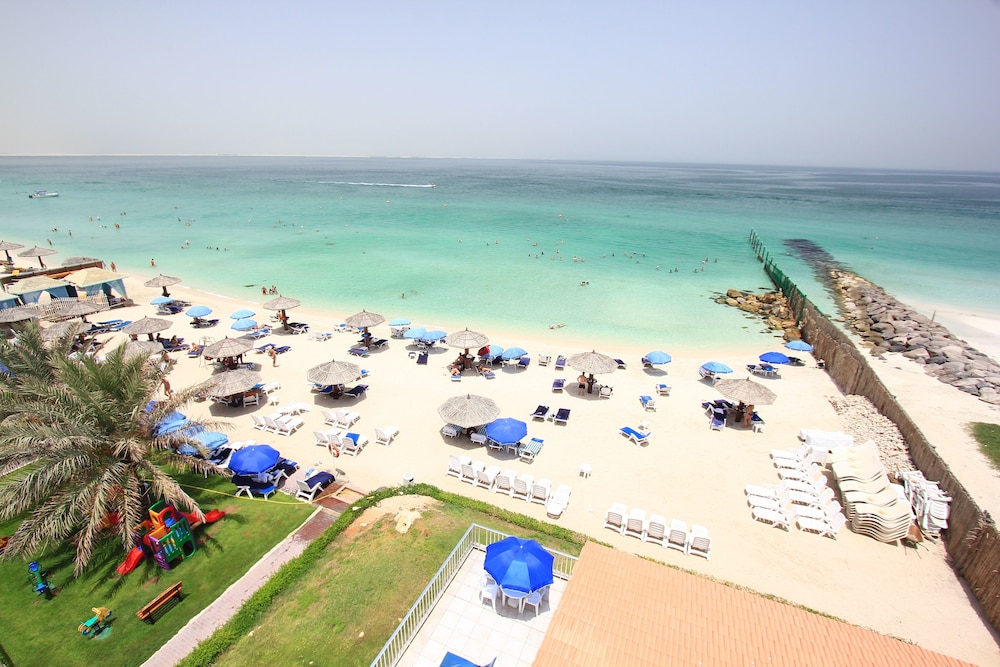 The city of Al Qasba

Perhaps the most important thing that the Emirate of Sharjah is known for is the city of Al Qasba, which blended entertainment and culture, it includes the wheel of the Emirates Eye with its air-conditioned booths, which its passengers can enjoy watching the wonderful views of the emirate over the entire emirate, along with fountain shows mixed with lights and charming music that are held daily and continuously .
The city also provides a recreational area dedicated to children’s games and suitable for all ages, and there are other ways for visitors to enjoy, including taking a wonderful marine tour by renting a boat, in addition to the air cart suitable for children.
To know more activities and services provided by the city and the dates of the visit, you can access the official website of Al Qasba from here. 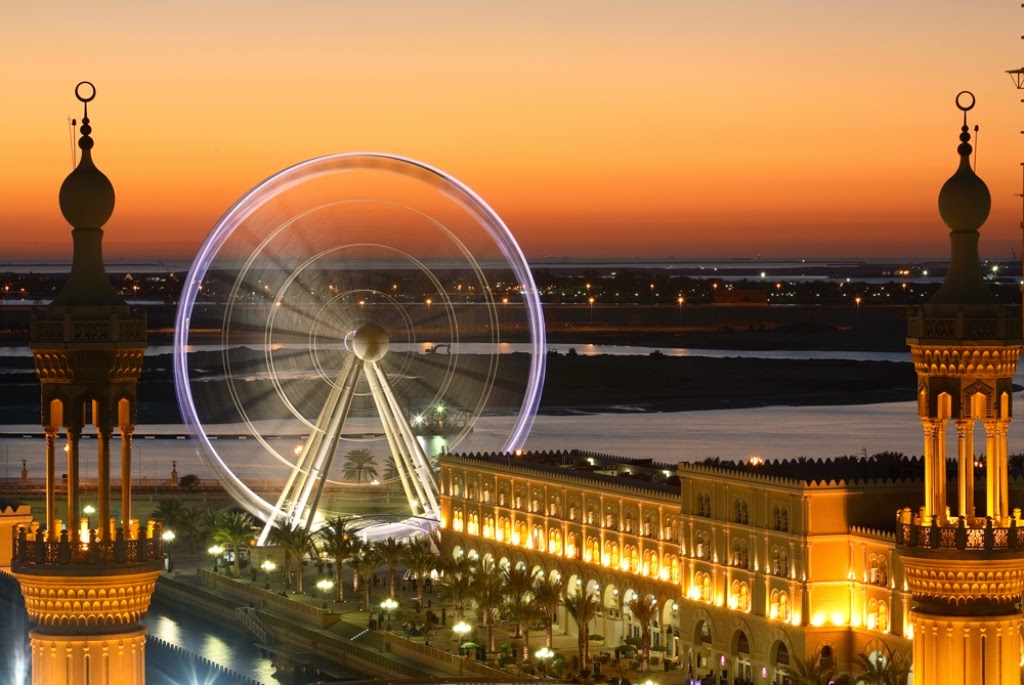 Sharjah Zoo can be considered a natural reserve for the various types of wild animals, which number more than 100 species, in addition to turtles, amphibians and reptiles, which there is what is threatened with extinction, and at the entrance to the park there is a video explaining to the visitors the most important information inside.
As for predators, they roam freely between trenches and rocks, and visitors can see them from behind a glass fence inside one of the halls. Also, the garden night house includes a group of rodents and mammals that live in their natural environment, in addition to the wing that contains the rarest types of birds.
Entry prices: 15 dirhams.
Visiting dates: From Sunday to Thursday, except Tuesday from nine in the morning until half past five in the evening, and Friday from two in the afternoon until five thirty in the evening, and on Saturday from eleven in the morning until five thirty in the evening.