The Danish city of Aarhus is the second largest city in Denmark, an attractive city with its tourist and artistic attractions, and abound in many Michelin-winning restaurants.

The European commissioner has declared Aarhus the capital of European culture for 2020, a title she will share with Paphos, Cyprus.

The competition in Denmark was between the two cities of Aarhus in the east of Denmark and the Sunderburg in the south, and Aarhus’s victory comes as an enhancement of its position and an additional tourist attraction.

This coronation of the Danish city comes to contribute to its tourism rediscovery and identification by millions of tourists around the world, where it is expected that the number of visitors will reach 5 million visitors in 2020.

The city has many art and cultural attractions, such as the “Aarhus” Museum of Contemporary Art, designed by Danish artist Olafur Eliasson.

The museum is one of the most important landmarks of Aarhus City and participates in the activities of the Capital of Culture by presenting an art project called the park, which is the development of an area of ​​4 km to transform into an open-air art gallery.

The city enjoys modernity, youth and creativity, where many events are organized on this cultural occasion under the slogan of rethinking, which aims to break the barriers of traditional thinking and free thinking and support development to build a better future.

Aarhus is a city dating back to the fourteenth century, but it is developed with all modern means of life and includes a major university, an international shipping port, and a lively art, music and cultural scene.

The events of the Capital of Culture will include many major events and artistic and cultural festivals, which include the presentation of contemporary European artworks.

Aarhus also organizes its annual festival for sustainability and environmental conservation, to be part of its activities as the capital of European culture, and the epic Red Serpent, which tells the Vikings biography, is shown.

This great epic show will serve as a history of the first settlers’ biography of this European region and will also be held in the open air on the square around the Muisgard Museum.

On this occasion, many flock to the Danish city, which is famous for peace and security and the lowest rates in traffic accidents, where many prefer to roam in bicycles.

Aarhus events also include ballet performances, music performances, and orchestras, including the Eastern Diwan Orchestra, which are presented at the concert hall Aarhus Concert Hall.

Performances of opera, contemporary dance and theatrical works are also presented to the most important young theater directors in Europe, in addition to European cinematic performances.

And in late summer every year, the city presents many popular festivals, including the great Aarhus Festival, which is an important annual event that attracts thousands of tourists.

Each year, a different logo is chosen for the festival, as it includes many cultural events, theatrical and musical parties, and performing arts that are presented to the public on the street. Coordination between the festival and the activities of the Capital of Culture will take place this year.

Aarhus also attracts visitors to the Museum of the Old Town and the Mojsgaard Museum of History, Archeology and Ethnography for the Region and Denmark.

The city also includes the Viking Museum, which is visited by fans of Viking civilization from around the world, and the Latin Quarter, which is distinguished by the 14th century architecture, which includes many vital cafes.

In Aarhus, you can enjoy visiting the picturesque soft-sand beaches, and various parks such as the Botanical Garden, Deer Park and National Park. 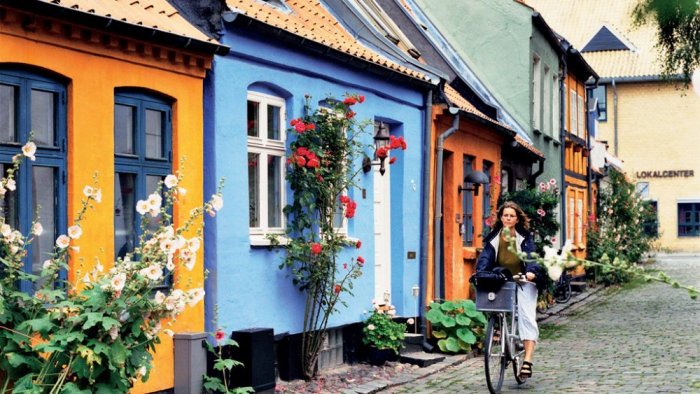 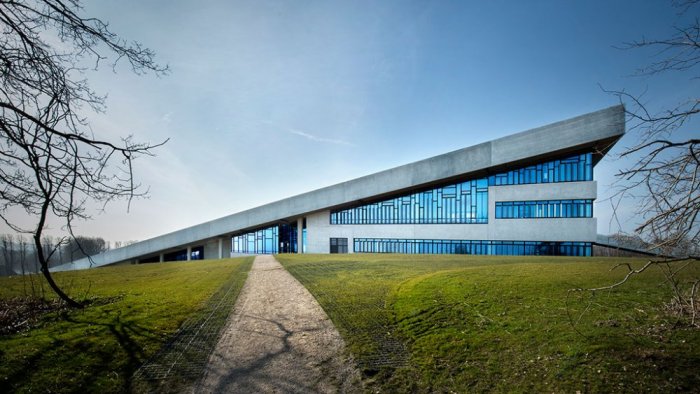 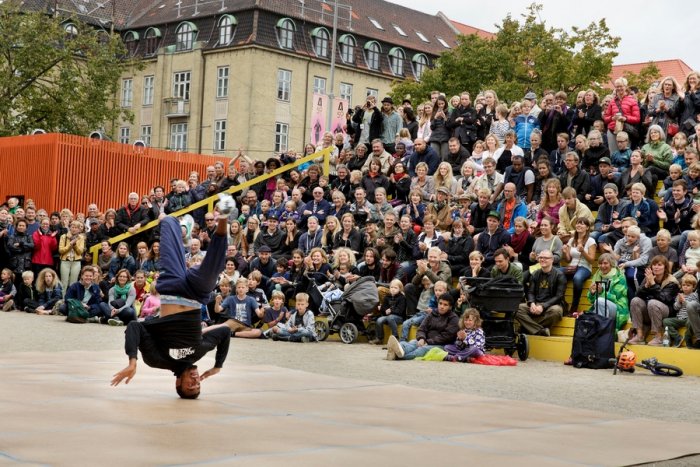 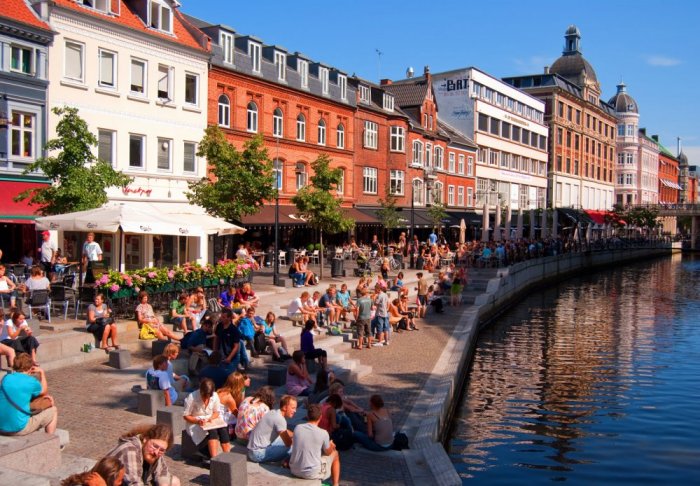 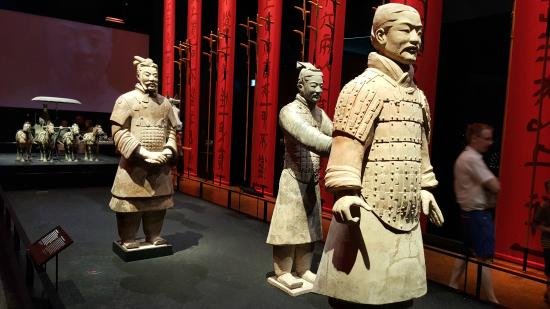 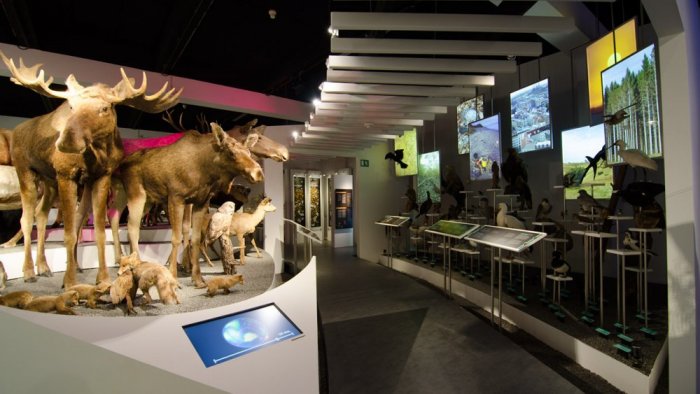 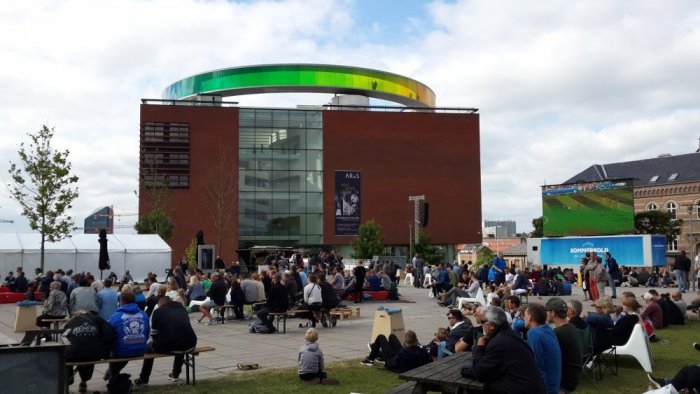 Events in the art museum square 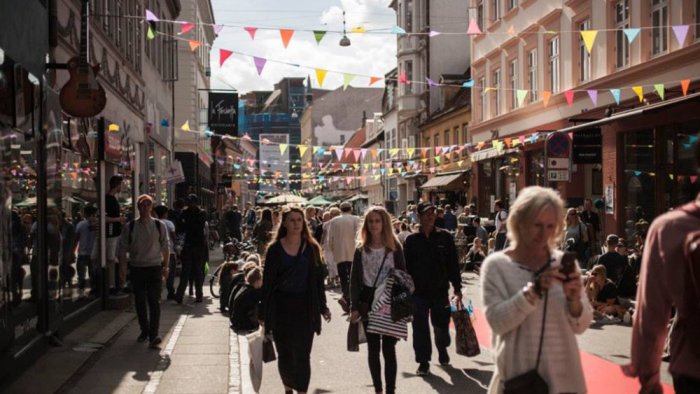 Shopping and cafes in Aarhus 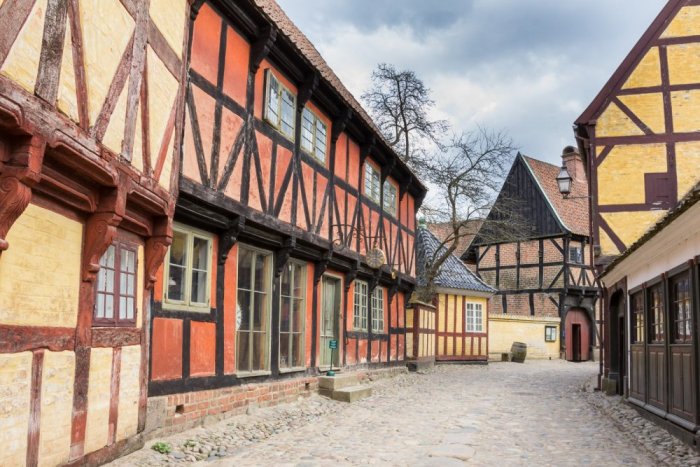 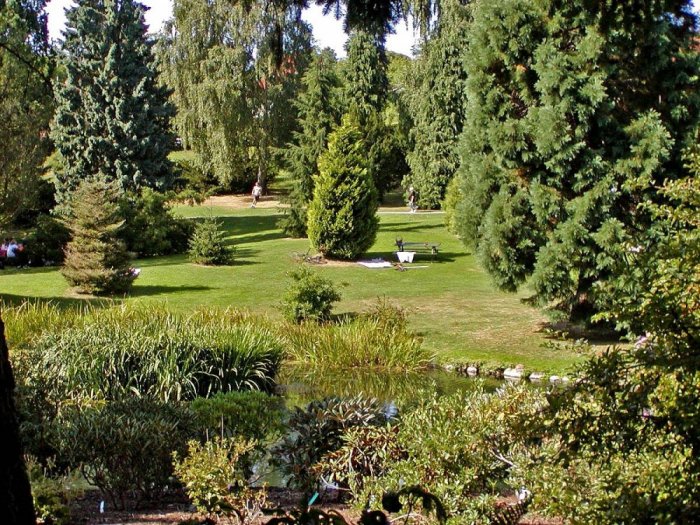 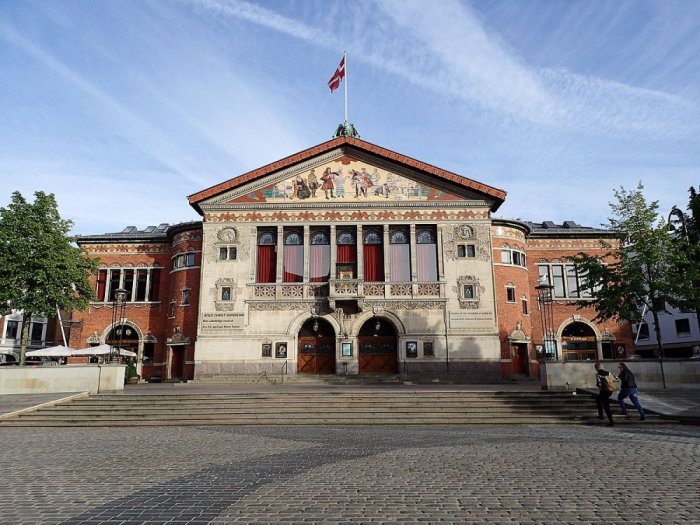 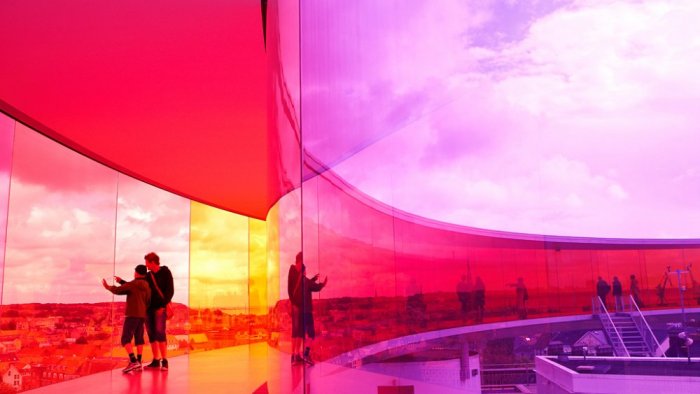 Aarhus is the capital of European culture 2020