Al Qunfudhah Recreation .. The most beautiful beautiful areas in the city

In this article, we will discuss some of Al Qunfudhah parks which make it a popular place for visitors. Al Qunfudah Governorate is one of the best places to attract tourists because of its wonderful views of the Red Sea coast. 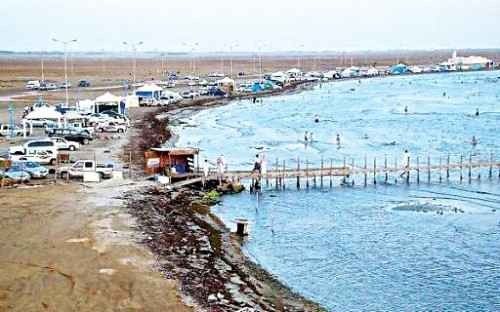 Some holidaymakers in Hanaish Beach ParkHanaish Beach is considered one of the most beautiful beaches in the Kingdom of Saudi Arabia, especially Al-Qunfudhah region, attracting and attracting visitors, as it is a picturesque waterfront with a dazzling view of the eye and captivating the heart. Boats for excursion where the clear waters and golden sunshine, you find many Saudi families and tourists heading to the beach with their children and spend a day at the beach where the air is fresh and the nature is beautiful, and the innovations and developments brought about by the competent authorities In Hanish Beach, a reason for increased tourist arrivals at Hanish Beach is one of the best parks in Al Qunfudhah, where the tourist finds the splendor of the place and the joy of time and merges in a beautiful compatibility with the engineering additions made by Al Qunfudhah Municipality to embody the features of modern life in its simple form. Read also: Tourist places in Al Qunfudhah 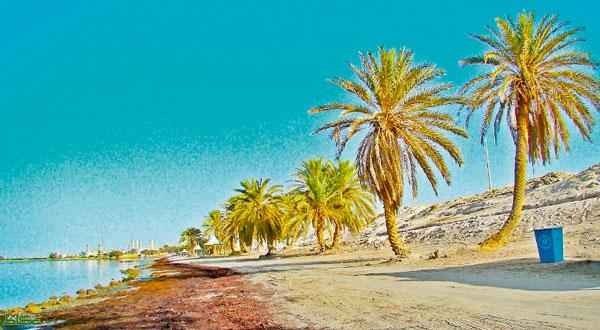 Palm trees stretching on the beach of Al-Qana: Along the mountain covered with white sand lies the beach of beauty and splendor of unique nature and distinctive soil here lies the beach of Al-Qana where the yellow sandy heights and pashdam trees that give it another luster of beauty, an artistic painting created by God for each visitor to enjoy this spot The witch, where the seashore embraces its turquoise blue waters with palm trees under the golden rays of the sun, to be that brightly colored picture that delights the soul and captures the heart and mind, Al-Quna`yah Beach Park is located in the Al-Qunfudhah Park in the southwestern part of Al-Qunfudhah Province and away from it A pest of about 7 km, and hikers come from the people of Al-Qunfudhah, Al-Baha and the rest of the Kingdom to enjoy the picturesque atmosphere and its white sands, but appeals to the municipal visitors to increase basic services such as lighting poles, toilets, a mosque, installing umbrellas, preparing the beach, and setting up a restaurant and cafe on the site where these developments will be an attraction factor for a greater number of Tourists. 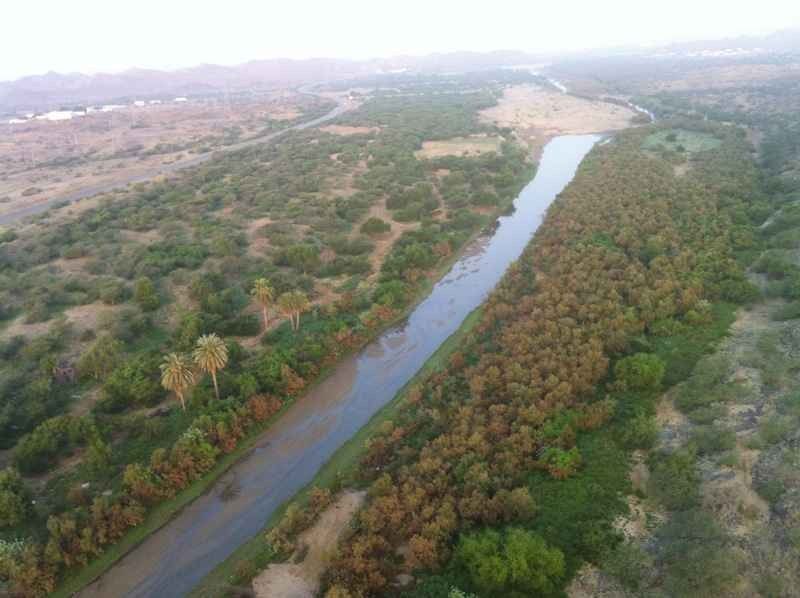 The beauty of the charming nature on the banks of Qanunat Valley The Qanuna Valley Park is considered one of the most beautiful Al Qunfudhah Gardens, which is characterized by abundant fresh water and streams running throughout the year and the vast green areas that bring the same comfort and calmness, Qanuna Valley is located in the southwestern region of the Kingdom of Saudi Arabia. 108 km One of the features of this valley is the presence of one of the most famous ancient markets in it, the Habasha Market. The Qanouna Valley Park is characterized by picturesque flowering orchards with bright colors and various crops of wheat, sesame, millet, etc. alongside the palm trees For a valley to draw an artistic painting that no international artist can draw from, glory to the Creator, all of these elements of orchards, stunning views, a moderate atmosphere and green spaces increased the beauty of Qanuna Valley and made it a place to attract hikers from all over the Kingdom to enjoy the beauty of the peaceful nature, also for adventure lovers can enjoy a sport Hiking (climbing) .Read also: Entertainment places in Medina. 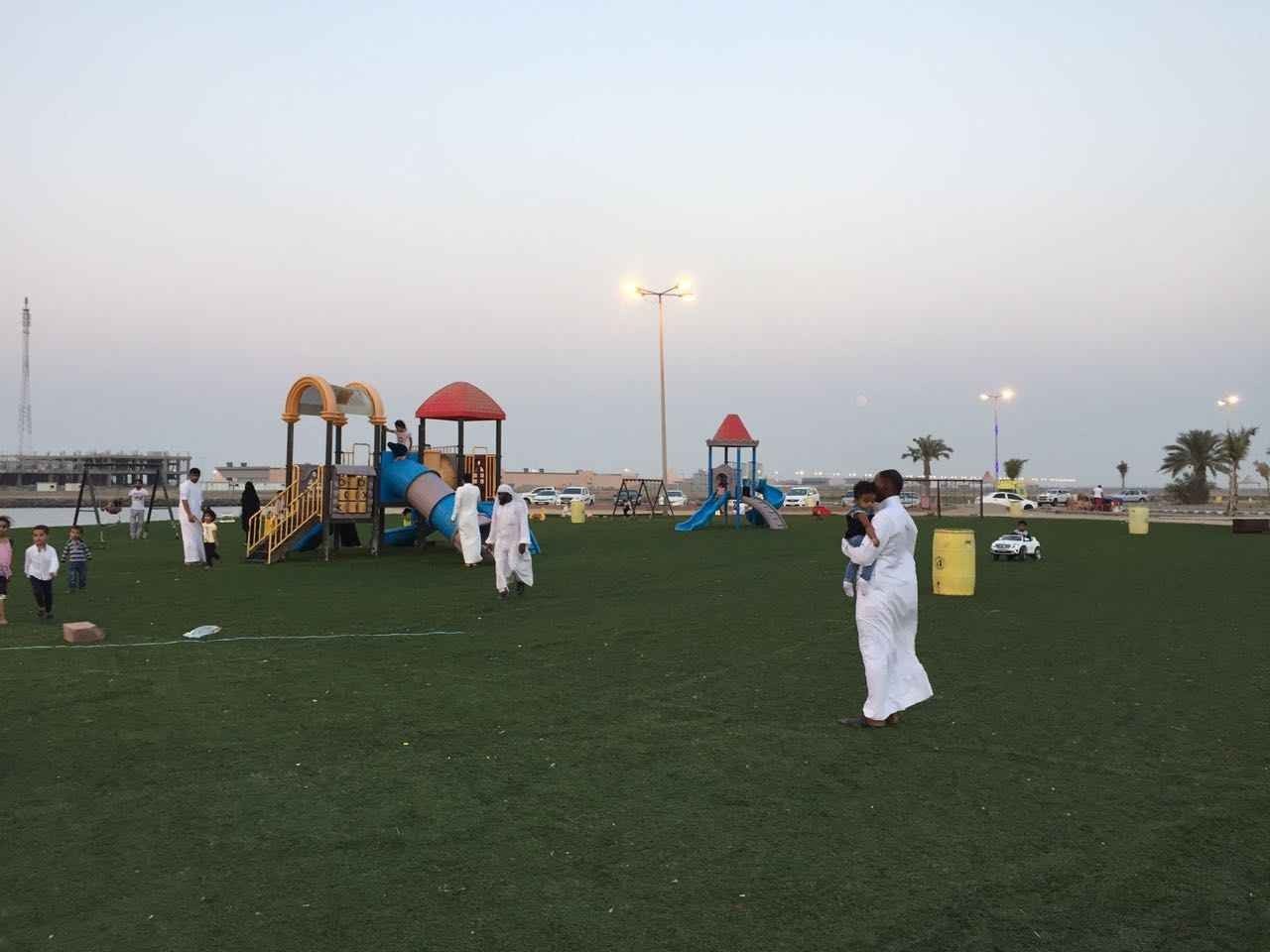 Some visitors while spending quality time with their children on the beach of Qunfudhah Lake. The Qunfudhah Lake beach is crowded with one of the most beautiful parks Qunfudhah every evening with a large number of visitors to spend a fun and magical time on the shores of the enchanting beach. The lake mediates the city of Qunfudah and separates the western and eastern neighborhoods. To receive visitors as hundreds of families go out to the shore of Lake Al Qunfudhah, which is the first tourist destination for many of them where they can enjoy the clear blue waters and picturesque atmosphere that gives a state of joy and psychological comfort, it is worth mentioning that this beach was developed and Hussein’s many green spaces and places to sit clean has also been increased to provide large areas for children to be able to play and entertainment making it the beach a suitable place for a family outing assembled. 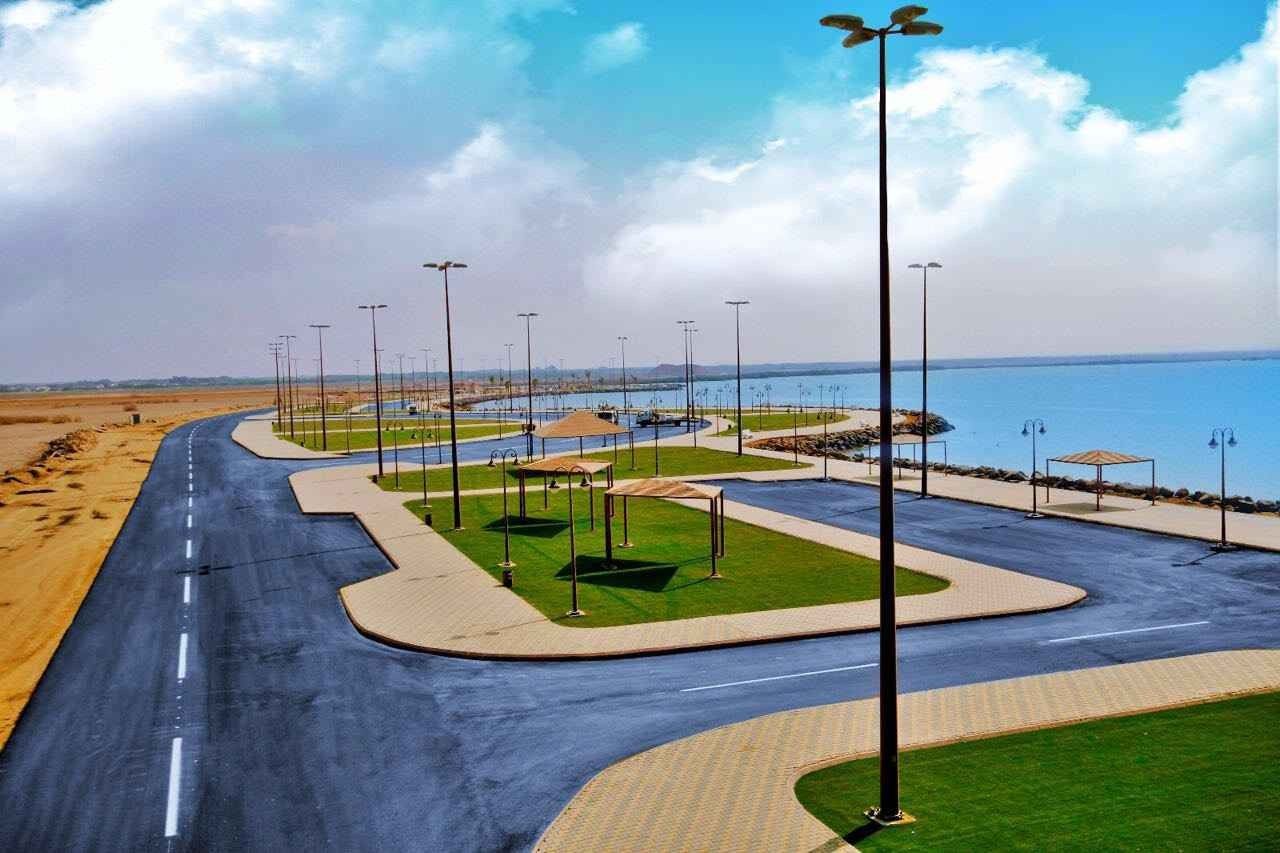 Coral Beach in Al Jumai’at Park Al Jumayat Park is one of the most beautiful marine al-Qunfudhah marine parks that extends on the shore of the Red Sea and is characterized by its soft yellow sand and clear sea water that attracts a large number of the people of the Kingdom and outside to spend a special time in it. In light of this matter, the municipality is preparing to open the Coral Beach in all, which will include all the amenities, privacy and excellence in the place, which will increase the beauty and splendor of the park and increase the number of visitors and tourists, and the beach includes green spaces very beautiful in terms of nature Picturesque and open sites equipped with umbrellas to give visitors privacy in addition to providing places for children equipped with beautiful and interesting games, making it a suitable place for family picnics. 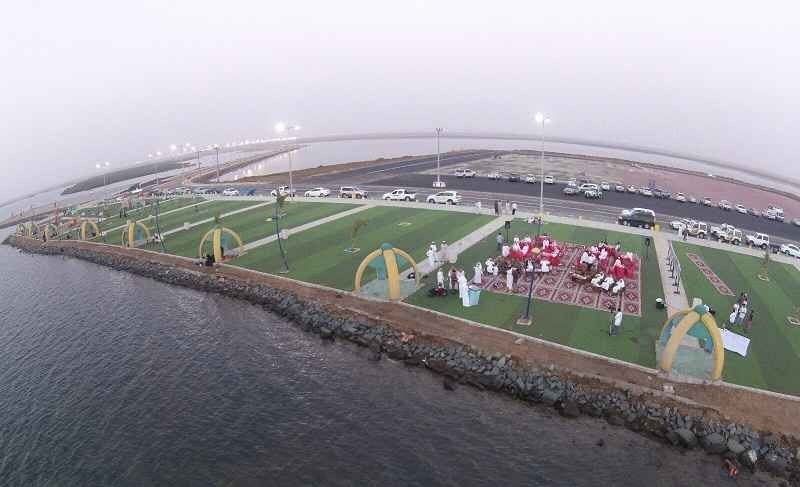 A unique and unique view of Al-Muzhail Beach, the Al-Mudhaif Corniche, which is considered a distinctive tourist destination in Al-Qunfudah Governorate and includes a beautiful beauty park, one of the most beautiful parks Al-Qunfudhah, which is crowded with tourists and hikers from the people of Al-Baha or from outside the Kingdom. And hunting and large numbers of families flock to spend a quiet and distinct time away from the noise of the city to regain their activity to face the pressures of life again, and one of the best features of that beach is that it has distinct and organized sessions for youth and families and provides outlets for selling The needs of visitors, as the municipality worked to develop the place, and it predetermined the road to the corniche, and the road was illuminated and provided with hygiene containers, which made it a greater attraction for tourists.