Cambodia possesses a wonderful heritage, warm friendly people, stunning landscapes and heritage, where the ruins of the beautiful and comprehensive temples in Angkor, which is now one of the UNESCO heritage sites, the Khmer civilization and one of the most exciting historical sites in Asia.

Cambodia was during the second century AD the center of the Kingdom of Funan, but it collapsed with the end of the eighth century AD, then the Khmer people controlled Cambodia between the ninth and fifteenth centuries AD. 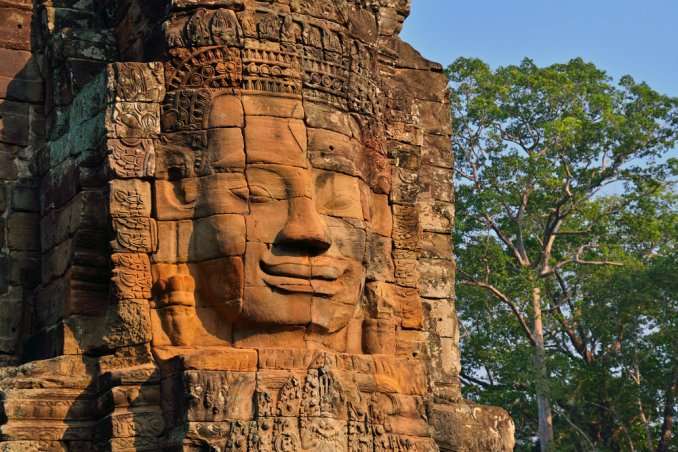 The capital and major cities of Cambodia

The city of Phnom Penh is the capital of the Kingdom and its largest city, in addition to being the economic, commercial and industrial center, and the city of Siem Reap, located along the ruins of Angkor Wat, is considered the gateway to the Angkor region, and the main tourist destination in Cambodia.
And Battambang, which is the largest city in western Cambodia, famous for the production of rice, and the coastal city of Cyanokville, which has a major sea port and the well-known beach resort.

Location and area of ​​Cambodia 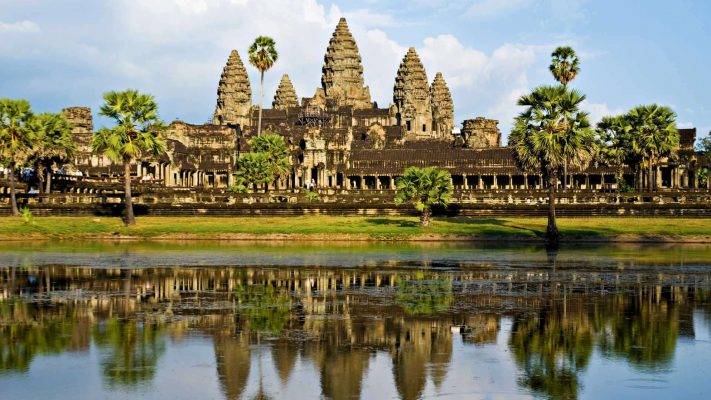 The language in Cambodia

The Khmer language is the language spoken by the majority of Cambodians and it is the official language in the country.

The majority of Cambodia’s population is of Khomeinist origin (more than 95%) who speak Khmer, they are very homogeneous. Its minority groups include (1.2%), Vietnamese (0.1%) and Chinese (0.1%).

The currency used in Cambodia is the Cambodian riyal

Cambodia’s climate, like the rest of Southeast Asia, is dominated by monsoons, known as moist and dry tropical due to the distinct seasonal variations.
Cambodia’s temperature ranges from 21 to 35 ° C (70 to 95 ° F) and faces tropical monsoons.
The southwest monsoon blows the windy lush wind from the Gulf of Thailand and the Indian Ocean from May to October.
The northeast monsoons are welcomed in the dry season that lasts from November to April.

Rice, fish, timber, garments and rubber are Cambodia’s main exports, on which the Cambodian economy depends and most rural households depend on agriculture and its related sub-sectors.

Agriculture is the mainstay of the Cambodian economy. Agriculture accounts for 90 percent of GDP. Rice is the main crop in Cambodia. Secondary crops include corn, cassava, sweet potatoes, peanuts, soybeans, sesame seeds, dry beans, and rubber.
The main commercial crop is rubber. In the 1980s, it was an important commodity, second only to rice

The tourism industry is the second largest source of hard currency in the country after the textile industry. 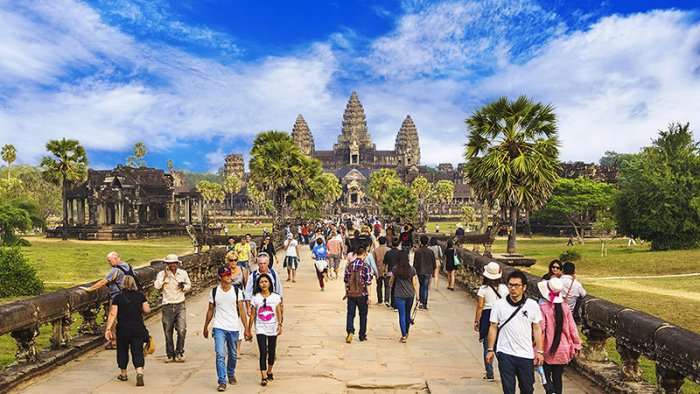 Tourist destinations include Sihanoukville in the southwest, which includes many famous beaches, and the quiet town of Battambang, on the banks of the river in the northwest, and both are a popular stop for travelers who make up a large proportion of visitors to Cambodia. Kampot and Cape surroundings including Bogor Hill Station are also a visitor’s interest

Here is a list of the best budget airlines in Italy