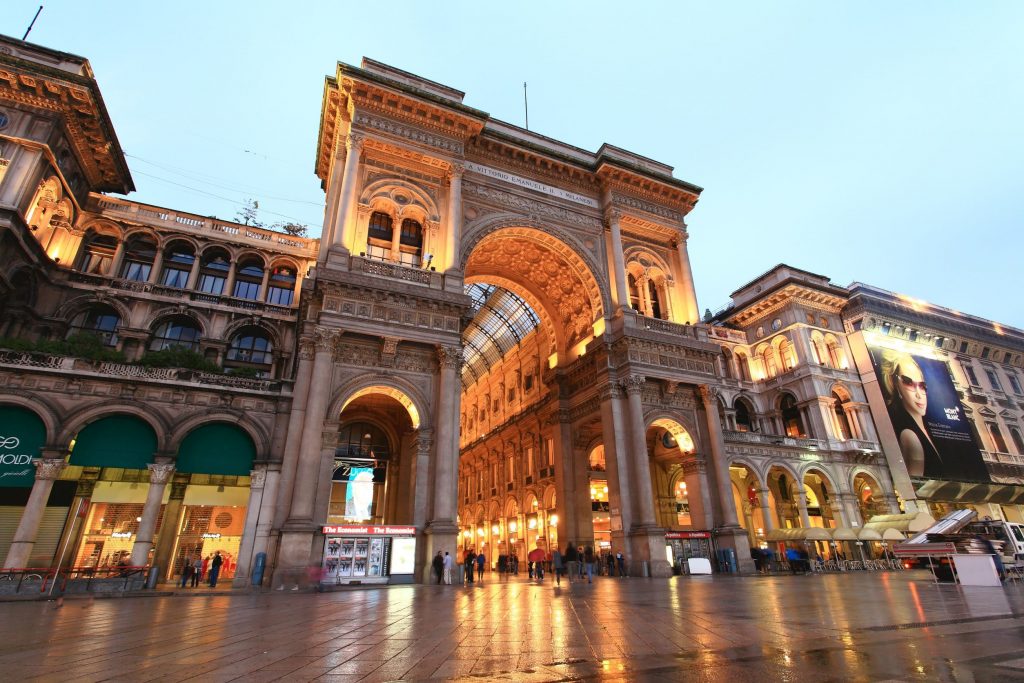 The famous Galleria Vittorio Emanuele II, Milan’s magnificent shopping arcade, which is covered with glass and decorated from the inside, the impressive five-storey structure with national mosaics and statues.
It is known that the Galleria Vittorio Emanuele II is the distinguished and wonderful site, which links the square of Del Duomo with the great square della Scala, with all the upper classes in the Milan society that pass through it at any stage, and they meet businessmen there on various occasions of meetings with payment About € 10 for a cup of cappuccino on the veranda.
The galleries of the ceiling of the Galleria Vittorio Emanuele II are decorated with mosaics, representing Asia, Africa, Europe and America, at ground level.
architecture 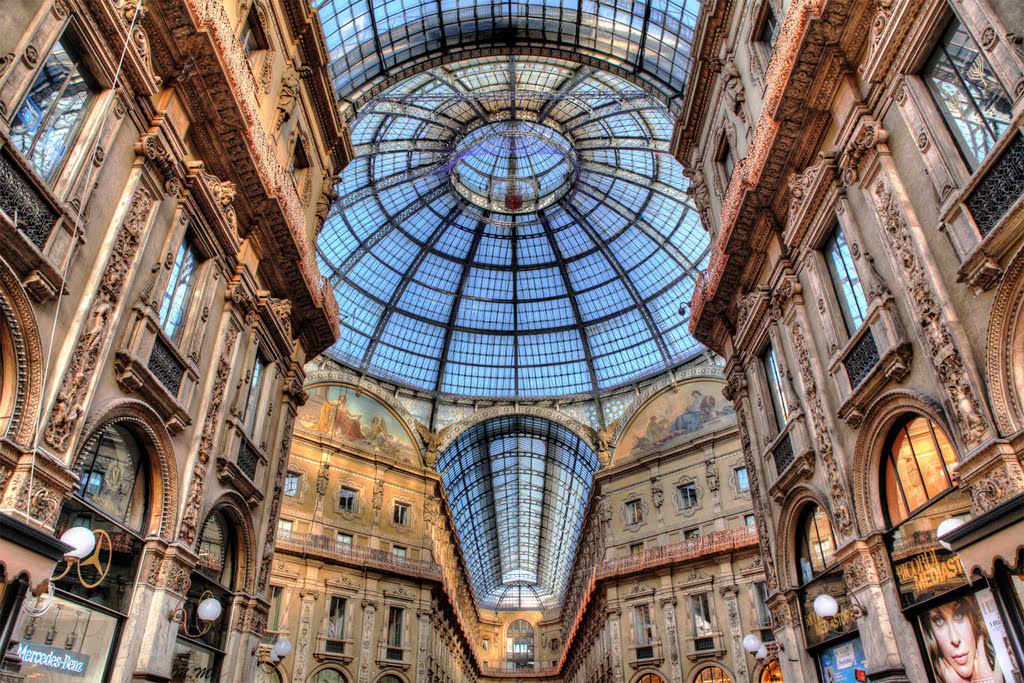 The architecture of the structure is two intersecting domed glass shops in an octagon, covering the street between Piazza del Duomo and Piazza della Scala. The street is covered with shaded glass, and the iron roof casts popular designs for 19th century arcades, such as the Burlington Games Center in London, which was the first model of the largest glazed shopping mall, starting with prayers in Saint-Hubert in Brussels that “opened in 1847” and the Galleria Umberto I In Naples “which opened in 1890” and Budapest Galleria.
On top of the octagonal and central glass dome, where Milan Galleria was the largest in size from its predecessors, and the important step in the development of the modern glazed and closed shopping center, which was the direct ancestor, for them that Galleria used many other shops and shopping centers.
On the ground from the central octagon, there are four mosaics depicting the coat of arms in the three capitals of the Kingdom of Italy “Turin, Florence and Rome”, in addition to Milan. The Galleria connects two of Milan’s most famous monuments: the Duomo and the Scala Theater.
Shops, restaurants and hotels 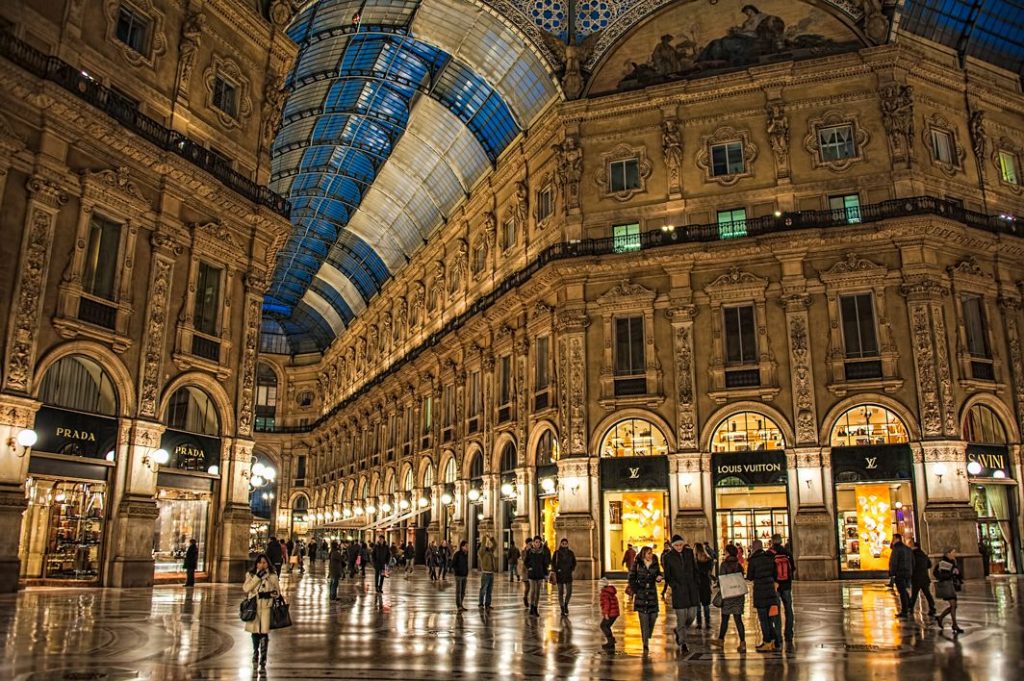 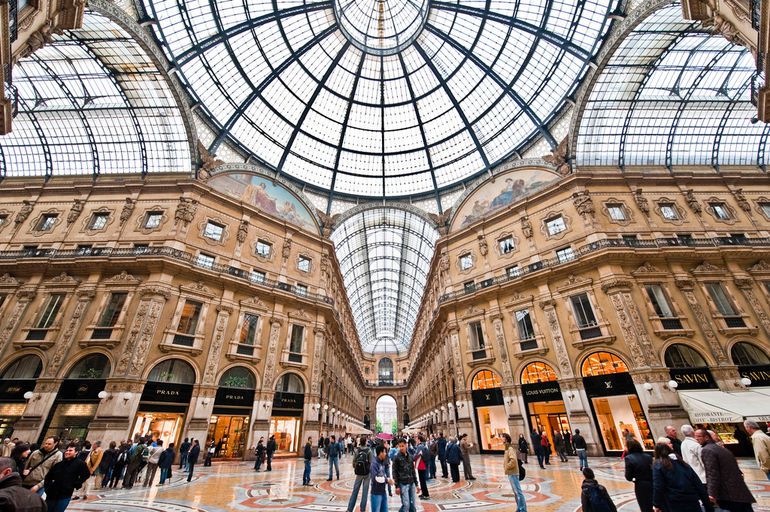 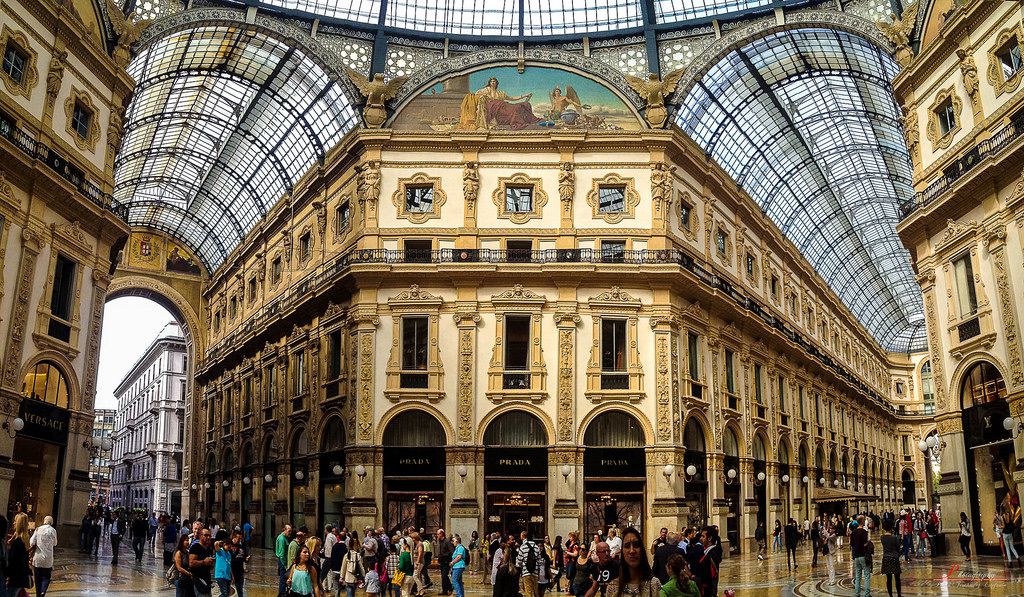 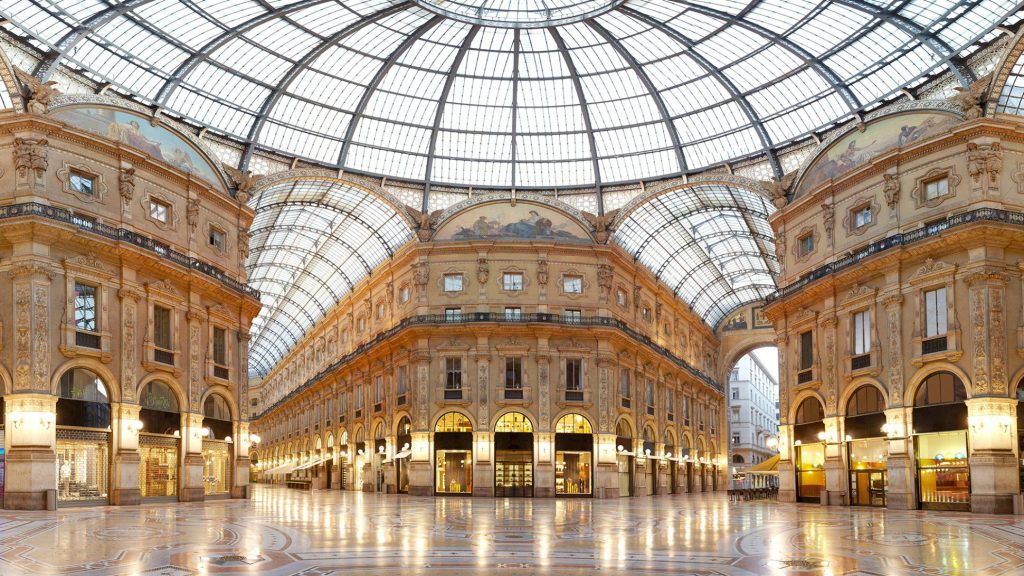 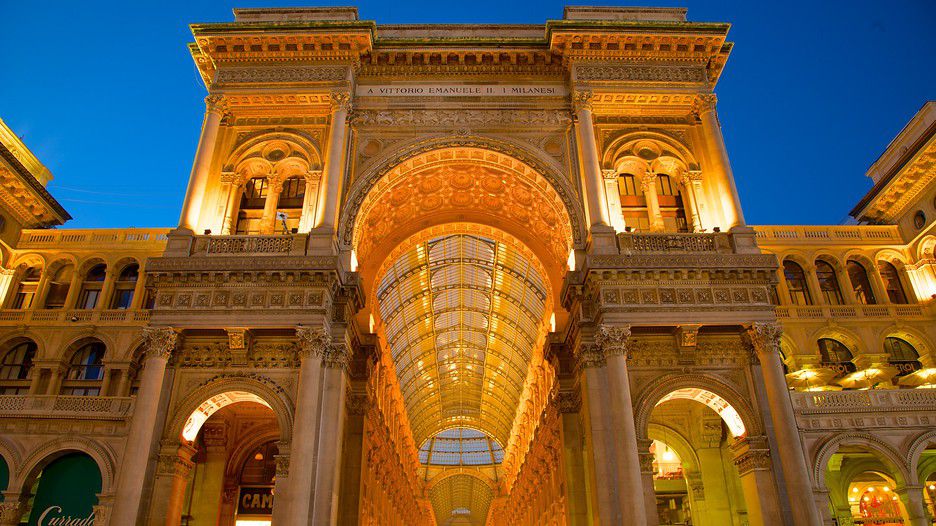 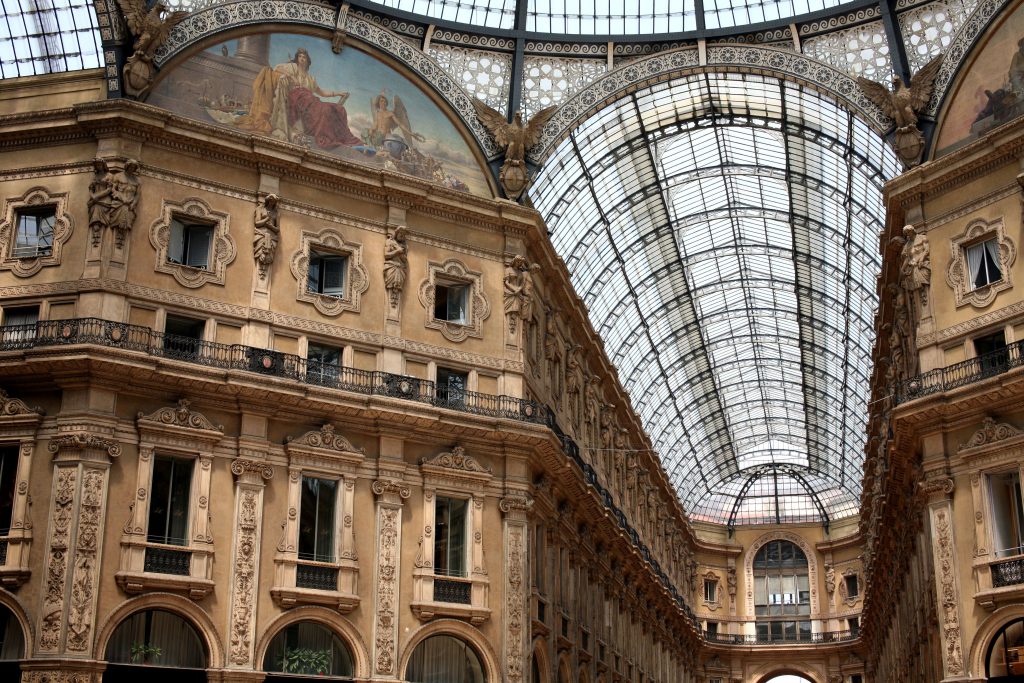 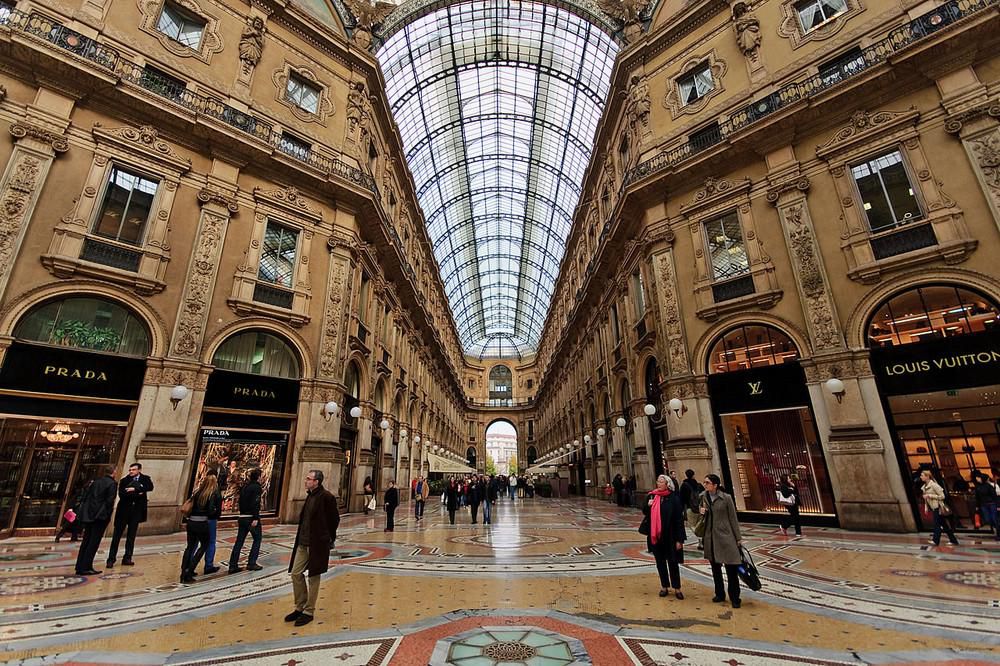