Currency in Sao Tome and Principe

The island’s currency is the dobra, symbolized by the STD, including the paper and metal units. It was issued in 1977 and is divided into 100 centimeters. There are all categories of them, from 10 dobra to 5,000 dobra.

This currency comes in second place from the list of the cheapest currencies on the world level after the Iranian riyal, where the price of one dollar reached twenty-four and a half thousand dobras at a relatively lower value against the euro, which is a very simple price and does not contribute to any role in the global stock exchange and occupies the last boxes in the African stock exchange, which Affects the economy and investment in the island.

Population, percentage of Muslims and other religions

The population of the island, according to the 2010 census and the National Statistics Institute of Cape Verde, is 16,378, distributed as follows: 157,000 on Sao Tome Island and 6,000 on Principe Island.
The majority of the population condemns Christianity by 97%, and we find that 75% of the number are Catholics, the rest are Protestants, Seventh-day Anglicans, and the spread of Christianity is due to the Portuguese occupation of the island.
The number of Muslims does not exceed 3%, and the island does not contain any mosques or Islamic institutions, and the proportion of the religious is almost negligible. The Roman Catholic Church has a major role in serving the various religions on the island.

Transportation on Sao Tome and Principe

Economy in Sao Tome and Principe

The waters in the Gulf of Guinea are rich in oil, so the island’s economy began to expand, relying on these natural resources, after it was limited to exports of cocoa spread over the island.
The Portuguese government, which is actually responsible for the oil industry in the region, agreed in 2003 to take advantage of the island with a share of oil exports in the Gulf of Guinea by 40%, which greatly revived the economy and contributes to expanding the field of work in the oil industries inside the island, along with the remaining exports of cocoa and bananas.
The island’s sugar industry has decreased recently due to the strong competition from Brazil in this field and at a level that exceeds the island.

The most important fruits grown on Sao Tome and Principe 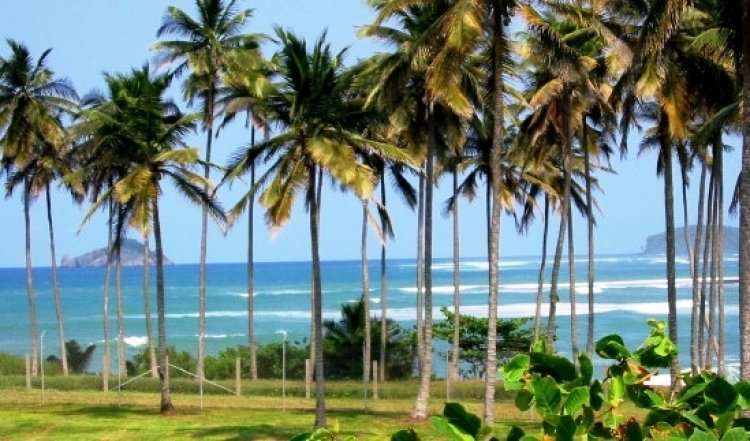 The island is characterized by fertile soil suitable for all crops, even though the most famous trees scattered there, which are among the natural features of the island are cocoa and banana trees.
The island is famous for cocoa cultivation in particular, as it represents a sixth of the world’s production of this delicious fruit. Sugar cane cultivation has also been introduced recently to the island, although Brazil is competing in the cultivation of this type of fruit, but the island maintains this lateral cultivation. The island is also known for its distinctive chocolate drink, which is Tourist of all nationalities is admired.

The most important industries on Sao Tome and Principe

Learn the most beautiful and best places to stay in Shanghai