An unparalleled trip to Vietnam, a land of magical contrasts

In recent years, Vietnam has turned into a global tourist destination, as it is rich in several factors that made it among the fastest growing countries in the field of attracting tourists. Vietnam is very rich culturally and historically and is characterized by its own food with its ancient temples and wild jungles, which makes it ideal for exploration lovers. If you are planning to visit Vietnam, you will have the best in it and advice on what, where and how to explore it.

Durrat Al Sharq: the city of contradictions
If your first visit to Vietnam, the following places are necessary to discover the richness and legacy of the country. Ho Chi Minh, formerly known as Saigon, was dubbed the “East Dora” by the French and is indeed a city full of many surprises. It is the largest city in the country and is known for its narrow streets full of small cafes scattered and open-air markets. You will find contradictions everywhere in the city, where luxury hotels are in tandem with the simple houses designated for rent by tourists, as well as supermarkets, as well as the stalls of local mobile vendors.

Hanoi … the mix of tradition and modernity
In Hanoi, the country’s capital, which celebrated its 1,000th year since its founding in 2010, life continues to evolve and grow steadily, despite retaining the authentic Vietnamese cultural identity and distinctive customs of the population. Visitors to the city will discover that old and new Vietnam are similarly represented. In the morning you will find a number of residents practicing the traditional “Tai Shi” sport in Huan Kiem Lake and at the same time students arrive at their universities and schools through the surfboards. In Hanoi, it is necessary to visit the old quarter, where travelers will discover many museums that contain a group of traditional Vietnamese products in addition to the ancient palaces and many temples.

“The Great Dragon”
In Halong Bay, there are 2,000 small islands scattered around, creating a distinctive aesthetic. The literal translation of the bay means “where the dragon travels to the sea” which gives an idea of ​​the history of these islands, which the popular legend says is a great dragon formed during its transportation at sea. The distinctive site is listed on the UNESCO World Heritage List, and a night boat tour can take a magical atmosphere. And on the islands there are many caves and floating towns.

Premium hotel options
In Halong Bay, you can spend your days on board a ship. Paradise Luxury offers 17 modern rooms equipped with either Paradise Peak that includes 8 guest rooms and must be booked in advance to obtain a place in these ships. As for Ho Chi Minh, if you like staying in a distinguished hotel, we recommend Hotel Nikko Saigon that is distinguished for its modern and minimalist décor. In Caravelle Saigon, located in the heart of the city, you will find the meaning of luxury in all its manifestations. It includes 4 integrated suites ranging in size from 720 to 100 square meters, including a bedroom, lounge, dining room, private terrace and swimming pool … As for the Apricot Hotel in Hanoi, it is considered one of the best and is located near Huan Lake As a mixture of ancient and modern cultures in Vietnam, you will find sculptures and paintings restored by local artists. Melia Hanoi is in Hanoi’s commercial and diplomatic center. And if you want to arrive in a unique way, there is a possibility to cover your helicopter on the roof of the hotel, which received a number of international personalities such as British Princess Anne, King of Spain Sofia and members of the Royal Family in Brunei.

Endless activities
The old section in Hanoi is packed with street dining options and you’ll discover many adventures in it. There is also the “Temple of Literature” built 1,000 years ago and submitted to Confucius as the first university in Vietnam was built inside its walls. Hanoi is also the best place to learn about traditional music, Vietnamese theater and opera as well, as it hosts folkloric and legendary performances inspired by the country’s history.

In “Hui Chi Min”, the landmarks of Emperor Jade Pagoda, War Remnants Museum and Phan Tiet Beach are places to visit. I also mean Dong Koi Street, many options for the evening. He also plans to organize a visit to the Cu Chi Tunnels built during the Vietnamese War to secure supplies for the Vietnamese forces.

In Halong Bay there are more than 20 caves to explore and the options for marine sports are kayak, swimming, fishing and snorkelling.

when are you going?
The climate varies between north and south of the country in the same season. In the south (Ho Chi Minh City) the climate is always tropical and hot, but the hotest period is between March and May. The north is less free than the rest of the country (Halong Bay and Hanoi) and the best weather time is between November and April. 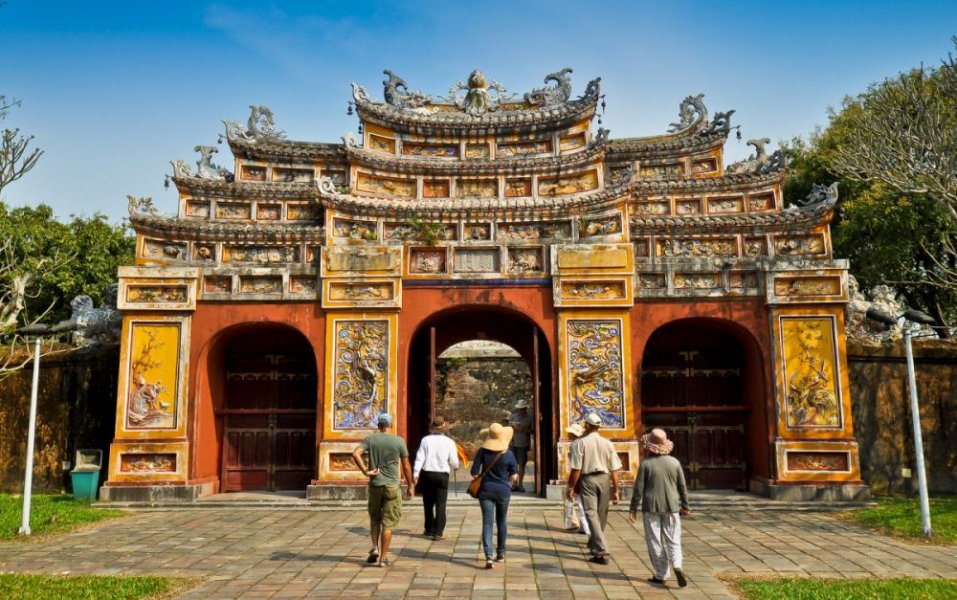 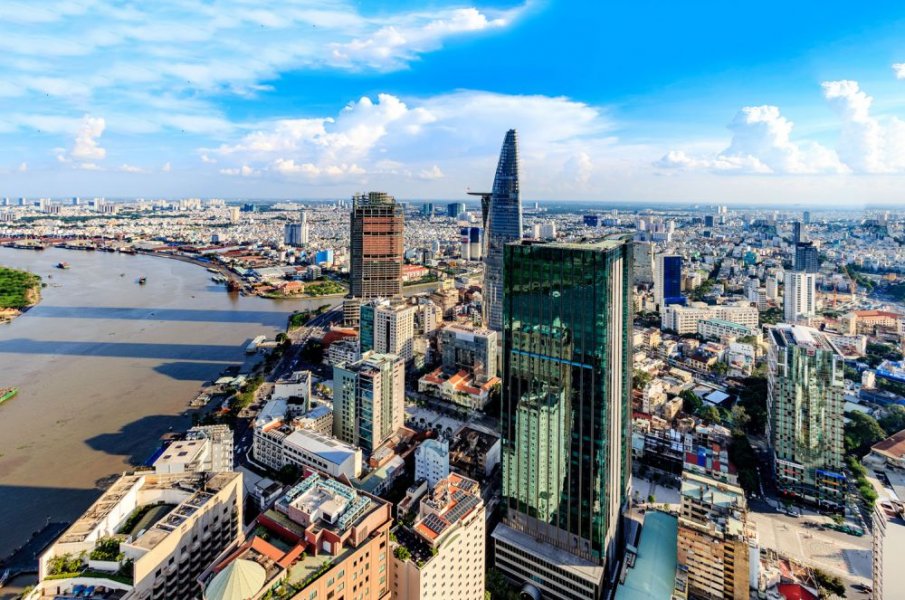 A scene from Hanoi 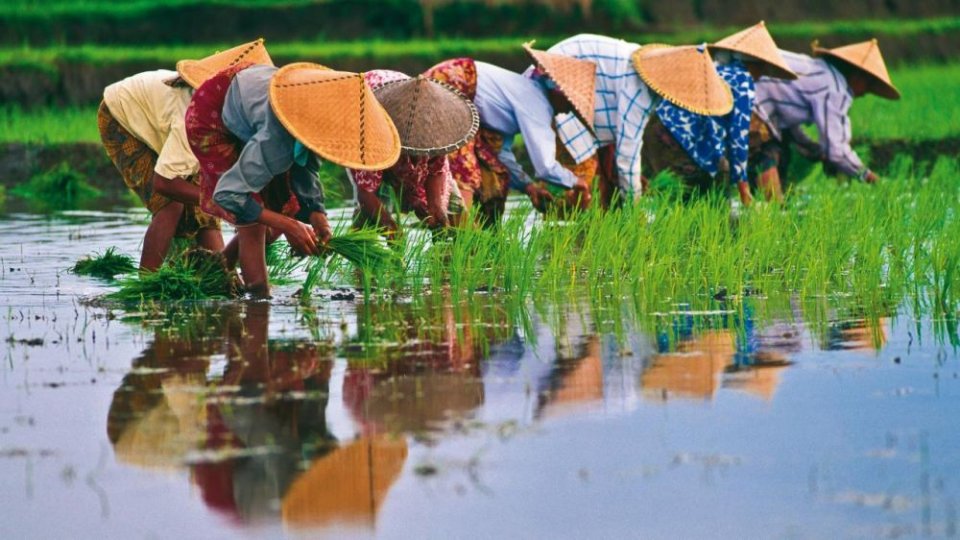 It is a traditional cultivation in the country 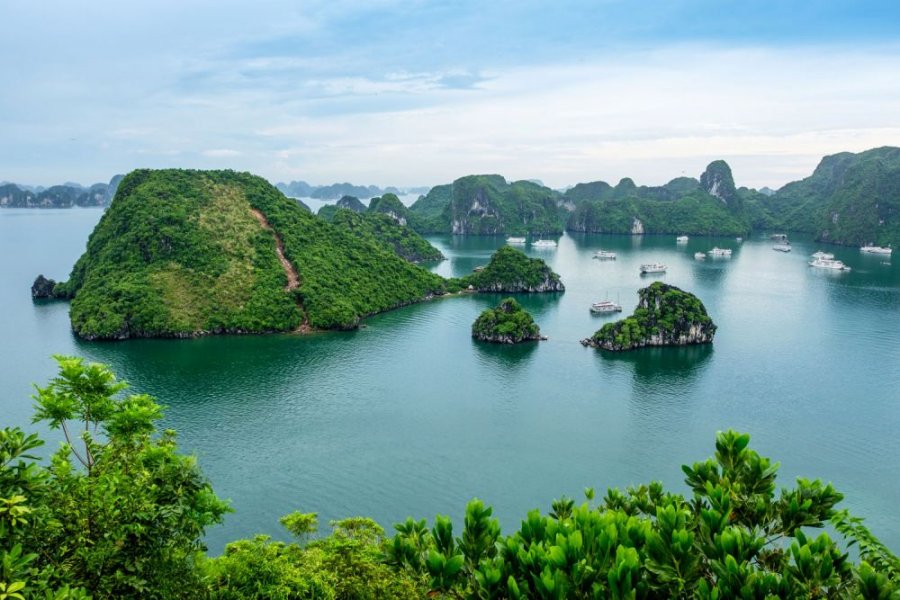 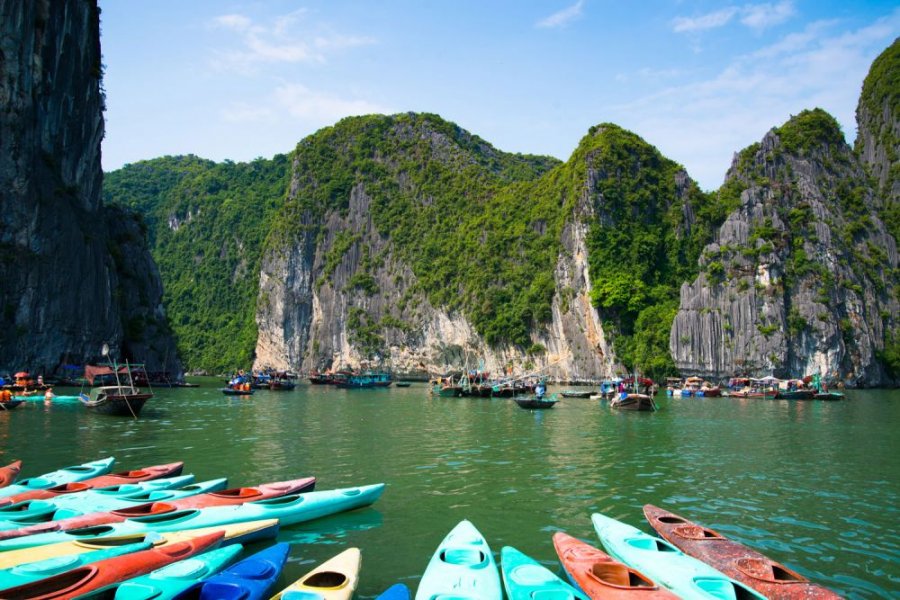 Many activities in Halong Bay 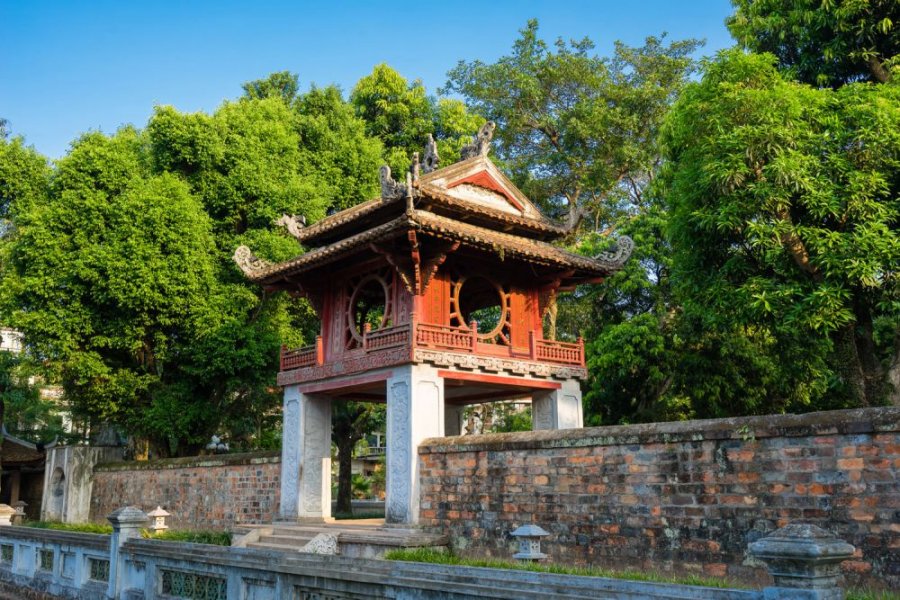 From the temples of Vietnam 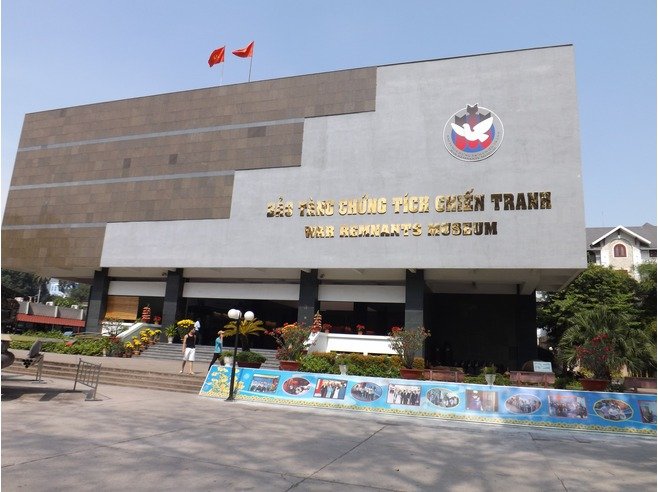 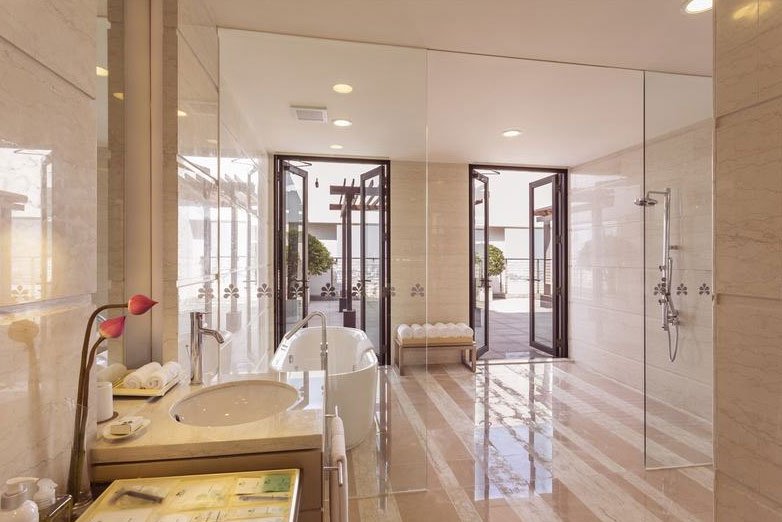 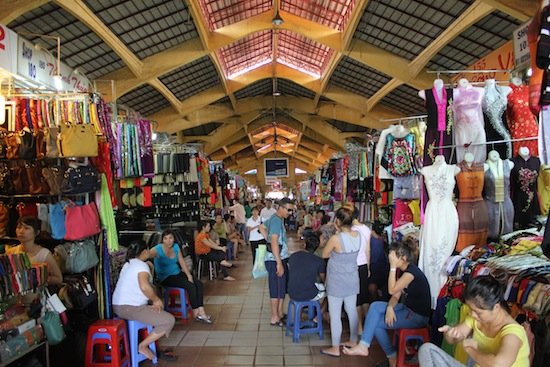 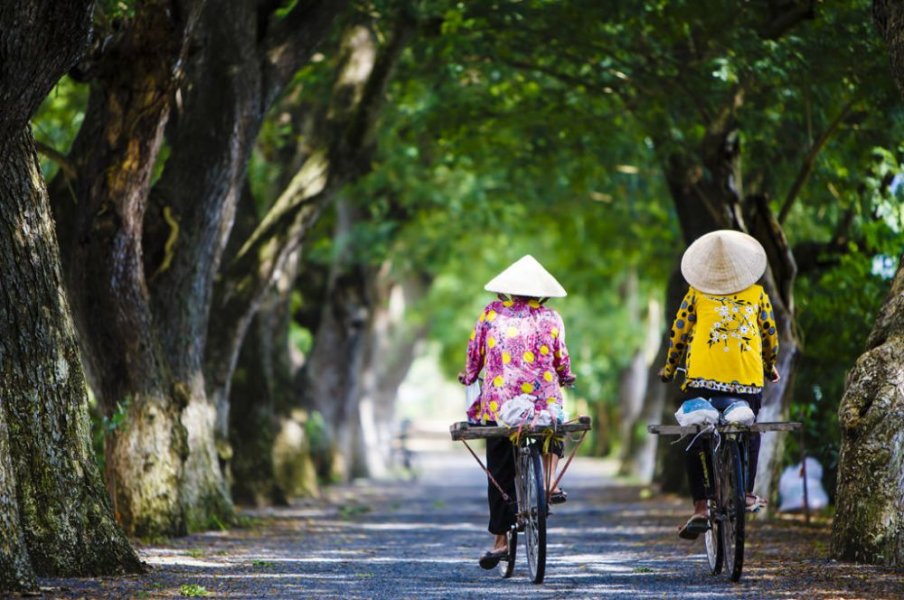 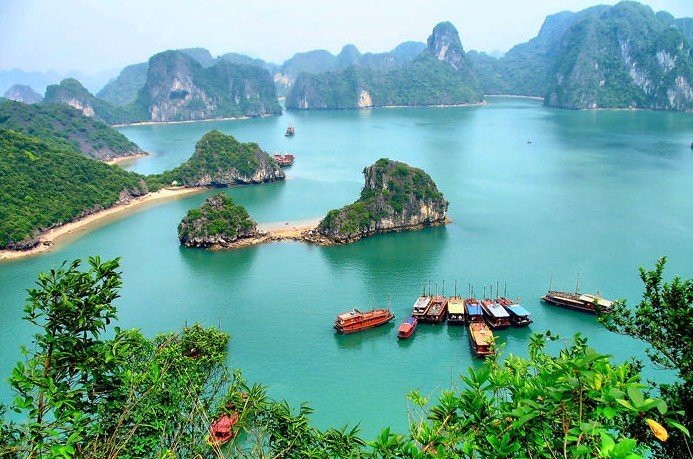 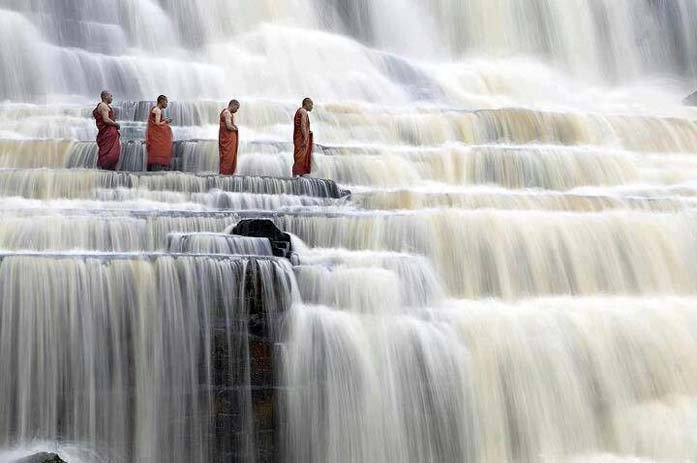 Traditional rituals in waterfalls in Hanoi 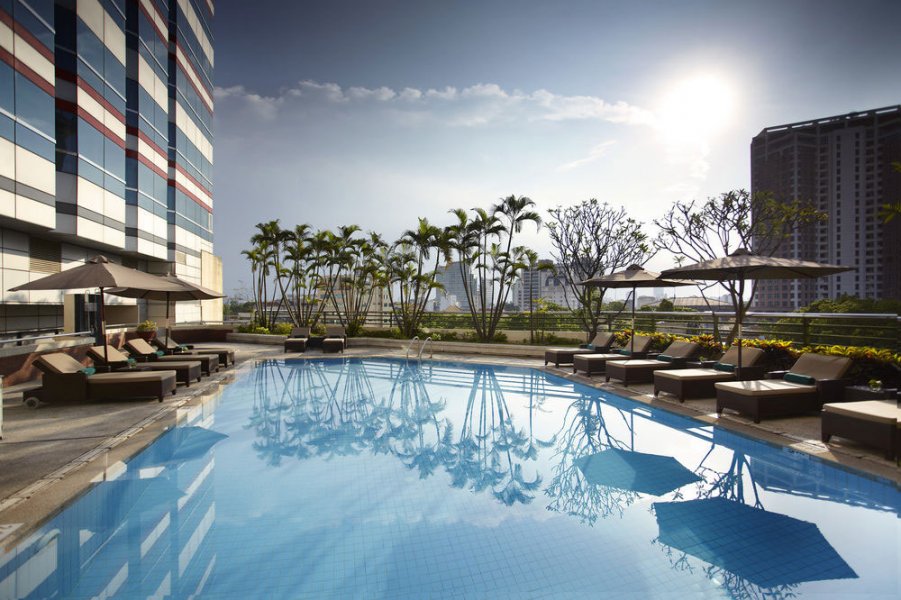 The modern section of Hanoi

The Amalfi Coast is a paradise of southern Italy