Good news we present to all residents of Dubai, as we approach the occasion of the National Day of the United Arab Emirates, many people are waiting for this holiday to seize the opportunity and travel to one of the places where the weather is beautiful during this period. On this page, we will help you to do this through the special Arab Passenger packages and great offers on six great tourist destinations: 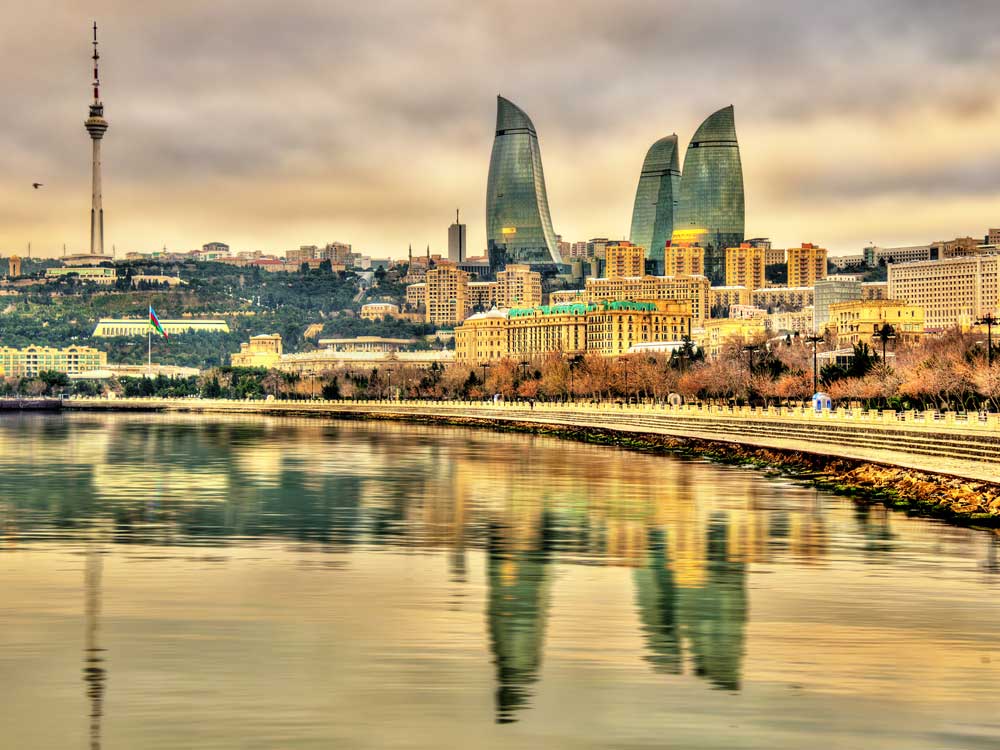 Azerbaijan is famous for its natural beauty, as it is bordered by the Caspian Sea on one side, and the Caucasus Mountain Range on the other side, and it is characterized by its rich cultural heritage that combines European and Asian cultures.
Landmarks and activities covered in the offer:
Baku, which includes flame towers, as well as a mountain park, the Martyrs’ Walk and the old city.
– Historical monuments such as Virgo and Sherwan Shah Palace.
– Azerbaijani carpets and handcrafted artifacts in the Carpet and Applied Arts Museum, which includes a wide and amazing range of carpets from different places, and in the “Azirlem” carpet center where you review ancient Azeri methods of weaving.
– The Temple of Fire and the “Gala”; the temple is 17 km from Baku, and the “Gala” is a city famous for the Museum of History and Human Races set up in the open air, which is 40 km from Baku.
Show link:
National Day holiday in Baku – with airline tickets and 4-star hotel 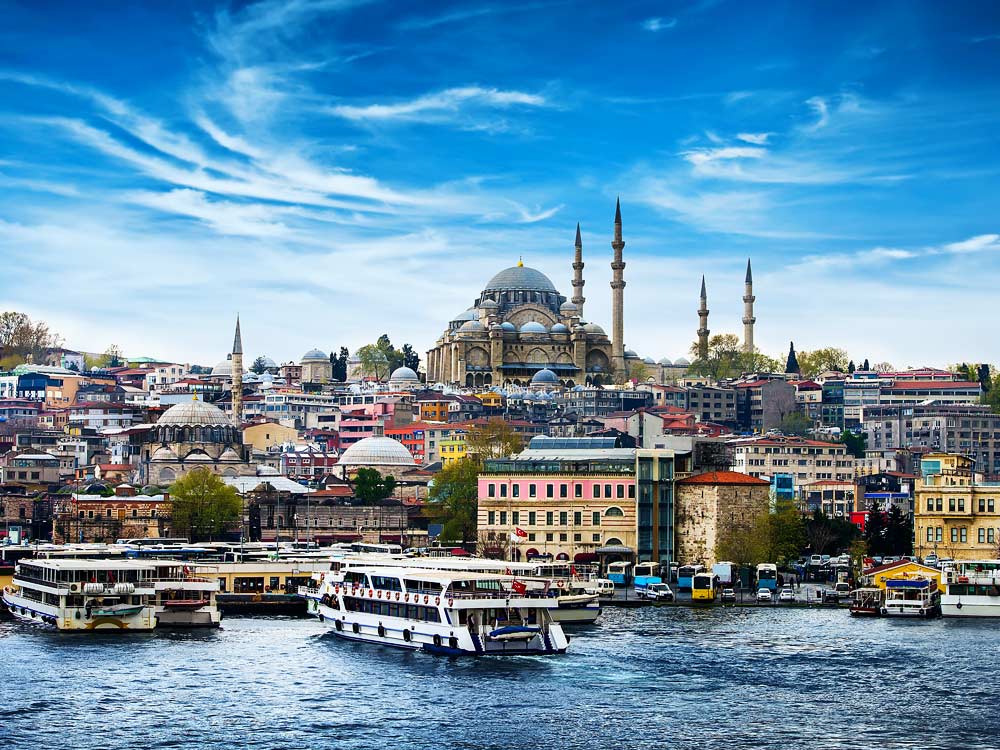 Turkey is a country distinguished by its ancient and legendary past, breathtaking natural landmarks, rich cultural heritage and delicious local cuisine, and therefore it has always attracted huge numbers of tourists. More recently, it has become easier and affordable to travel to Turkey due to the drop in oil prices.
Landmarks and activities covered in the offer:
A tour of Istanbul, including lunch, during which you will see the High Gate Palace, the famous Sultan Ahmed Mosque, which was built in the sixteenth century, and the ancient horse racing field that includes three relics from the Byzantine period;
– Cruise through the Bosphorus Strait, during which you will see wonderful tourist attractions such as Dolmabahce Palace, Yildiz Palace, Ortakoy Neighborhood, Seragan Palace, Rumeli Castle, Bellerbeye Palace, Kamelika Plateau and the Egyptian Market. Then you will cross from Asia to Europe, to start the shopping tour, where you will explore local handicrafts and Turkish rugs, as well as jewelry and leather clothing.
– An optional trip to Vialand, the first modern game city in Istanbul, which includes more than fifty different entertainment means such as highway rides, circular playgrounds, 3D movie theaters, and others.
Show link:
Istanbul National Day holiday – with airline tickets 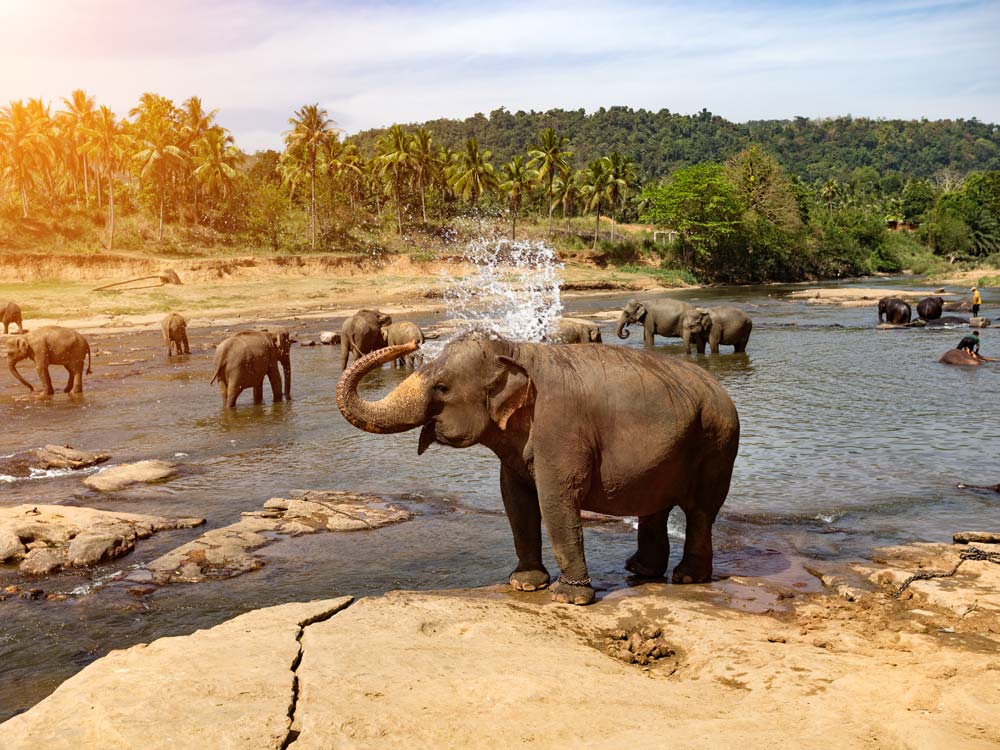 This beautiful island welcomes you with all its greenery, charming beaches, tea plantations and its rainforest with amazing biodiversity, in addition to the many historical sites. Sri Lanka has everything a traveler would want, and on this trip you will go on a pleasant tour between the historic cities of Kandy and Colombo.
Landmarks and activities covered in the offer:
Visit the Temple of the Sacred Tooth, the Museum of Gems and Precious Stones, and watch cultural performances in Kandy.
– Kandy city tour to explore its beautiful sights, including the Royal Botanical Gardens.
– Visit the Pinawala Elephant Sanctuary.
A tour of Colombo city, where the British fort and the sea promenade are, as well as the old market area, the Caymans Gate, the Dutch Voldendol Church, the Kelaniya Buddhist Temple, the Davatagaha Mosque and a copy of the Avocana Buddha and Independence Square.
Show link:
National Day holiday in Sri Lanka – with airline tickets 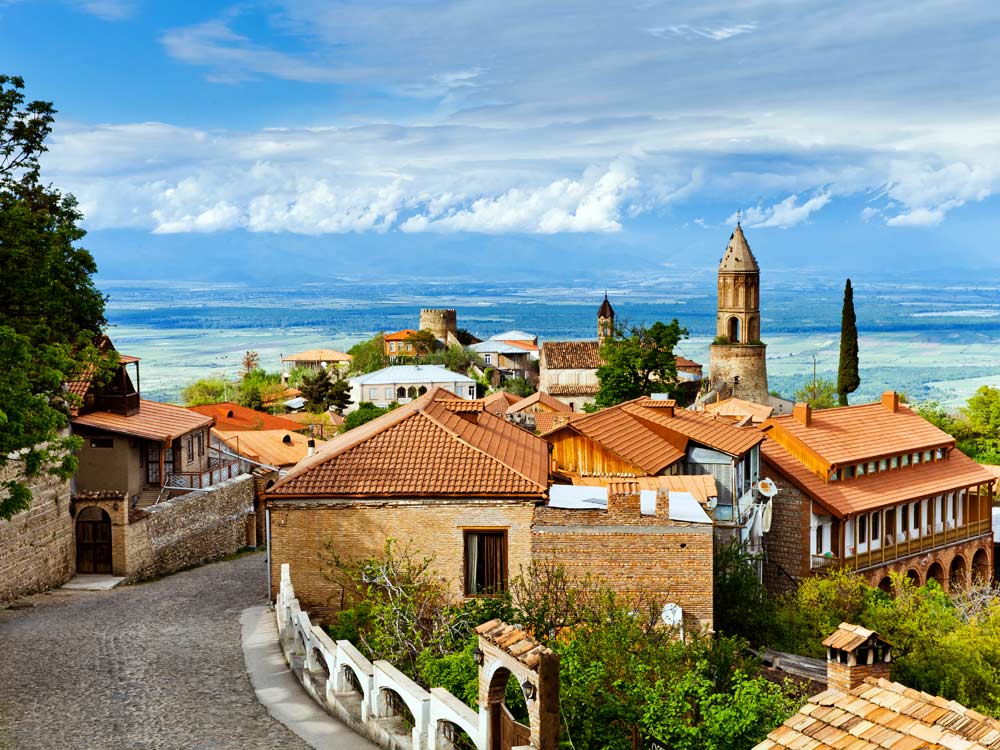 Soon this small European country has become a favorite destination for many tourists from the Middle East, as Georgia boasts stunning and varied landscapes, and includes some of the most beautiful monasteries and mountain churches, not to mention the delicious local cuisine and its friendly residents.
Landmarks and activities covered in the offer:
A tour of the capital, Tbilisi, on notable landmarks such as the Old City and the Grand Square, as well as sulfur baths, the Metekhi Plateau, the Peace Bridge, Samba Church, Rustaveli Avenue, Freedom Square and Turtle Lake.
– A tour to Metskheta, the ancient Georgian capital, where the mountain views from the Jaffari Monastery, which dates back to the sixth century AD, in addition to the Church of Svetiet Sukhovili, which was built in the eleventh century AD.
– A jeep safari tour to Goudauri and Kazbegi, via the famous Georgian military road, passes near Ananuri Castle, towards the Gudauri ski resort, and reaches the village of Kazbegi, from which you can see the Kazbek Mountain if the weather is right. In addition to a walking trip to the Trinity Church that was built in the fourteenth century, visiting the Daryal Strait.
Show link:
Georgia National Day holiday – with flight from Sharjah 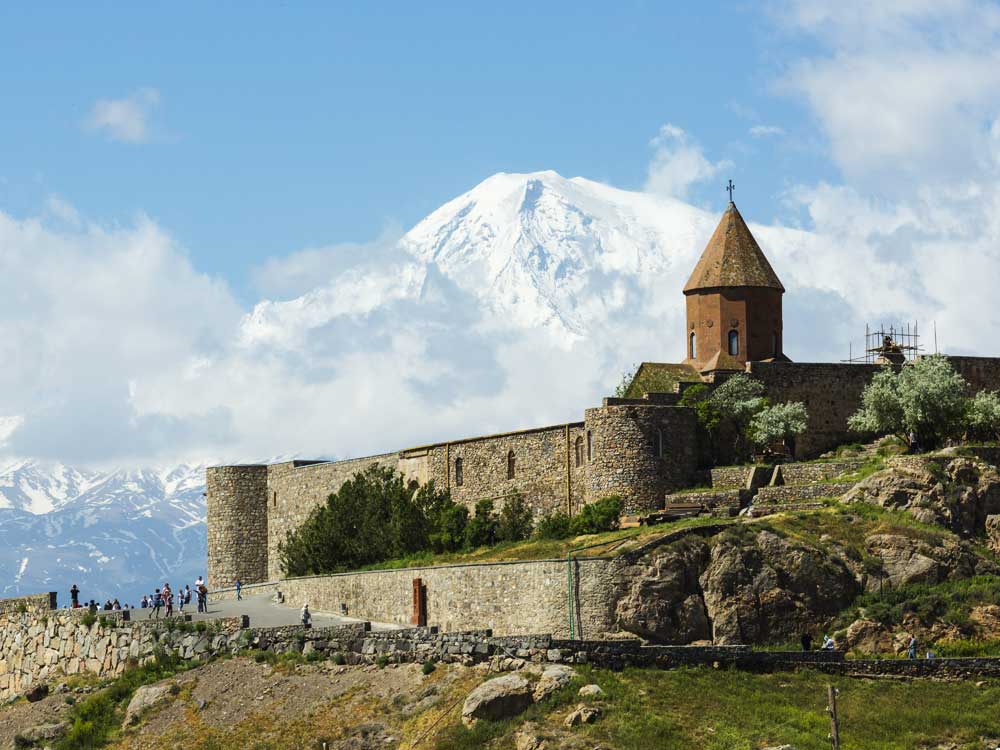 If your idea of ​​a perfect vacation includes watching green meadows, mountains, valleys, rivers and forests, then Armenia is the country you should go to. Although it is not considered a popular tourist destination, it is characterized by breathtaking landscapes and amazing historical monuments.
Landmarks and activities covered in the offer:
– Visit the Matindaran Museum, which is among the oldest libraries in the world.
A tour of the capital, Yerevan, including a visit to Republic Square, the city center, the State University, the Parliament Building, the Presidential Palace and the Opera House, as well as the Armenian Genocide Museum.
A tour to Echmizazine, which was the ancient capital of Armenia, and there you will visit the historic Zvartnots Temple, the famous Garnier Temple, and the remains of the royal palace and bath. In addition to the unique Temple of Geghard, which is inscribed on the UNESCO World Heritage Site.
Show link:
National Day holiday in Armenia – with airline tickets 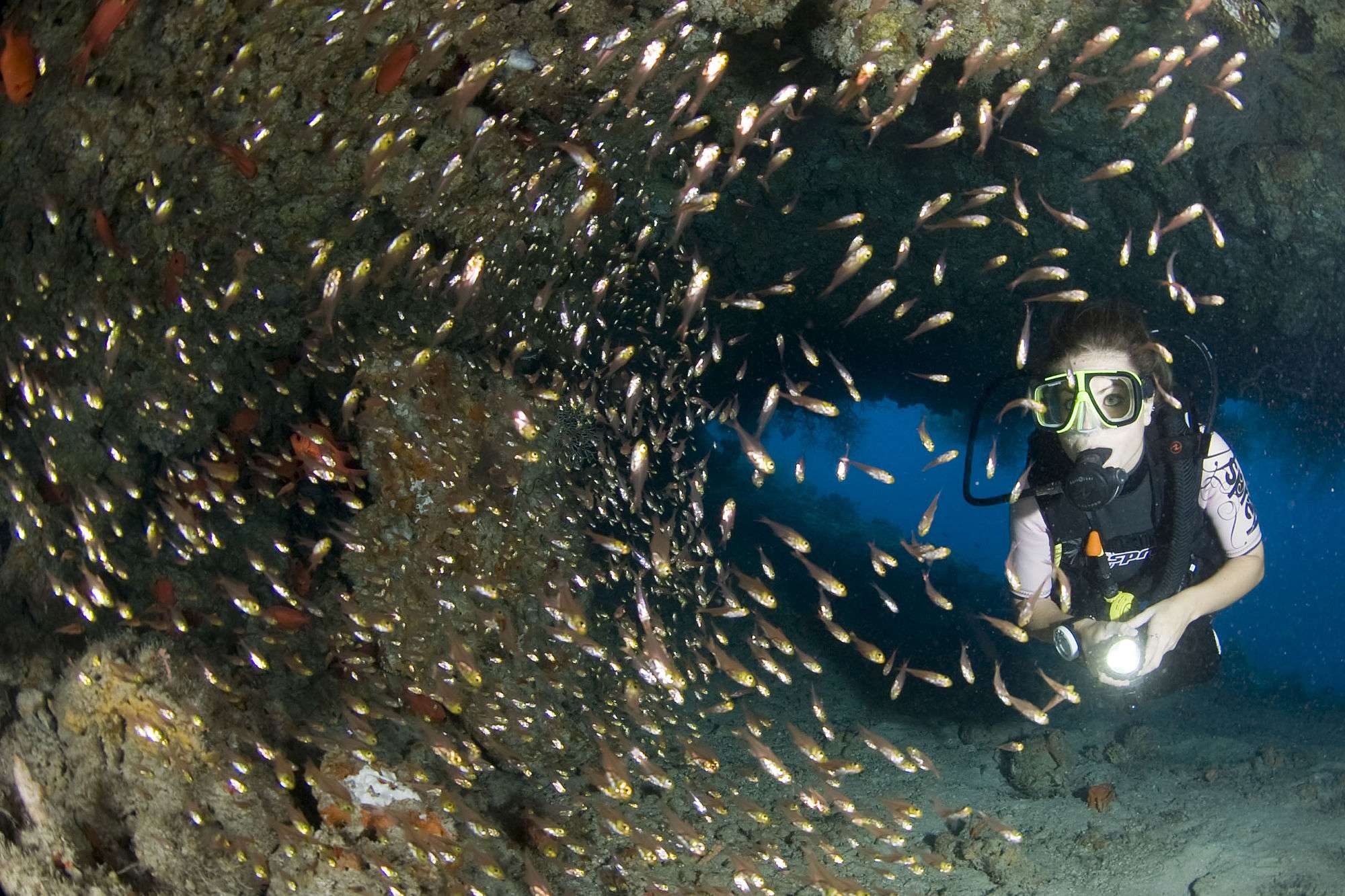 Maldives is known around the world for its picturesque islands, coral reefs and breathtaking beaches, and it also houses some of the most luxurious resorts in the world. The Maldives has solidified the prevailing idea that it is the “beach retreat” that everyone intends, due to the large number of ideal beaches. As for the capital, Male, it will fall in love with it once it reaches it.
Landmarks and activities covered in the offer:
– The National Museum in Male, where you will learn about the history of the Maldives, through a rich and wide range of artifacts dating back to the previous eras that passed through the country.
The Hokuru Misaki Mosque in Male, with intricate designs and motifs from ancient coral stones dating back to 1656 CE.
Swim and dive with a breathing tube, in the clean waters of Ari Atoll, and watch shark whales, the world’s largest fish.
Sit down and have a drink with the sunset on the beach in Voledo Island, which is considered one of the most beautiful and romantic beaches in the country.
Show link:
National Day holiday in the Maldives – with airline tickets

A one-week tourist program in the Philippines