Austria and Switzerland are at the forefront of Europe when it comes to unforgettable tourist holidays throughout the Alps. And often this competition appears between the two countries in the discussions of travel forums and the accounts of many expert travelers, both of which are located in the Alps, and both have super natural beauty and an abundance of luxury mountain resorts, in addition to what is guaranteed by many beautiful cities and towns. This means that the differences between the two countries in terms of the richness of tourist attractions, cultural and natural, and the strength of the tourism sector and good hospitality therein, are marginal differences, and therefore the matter is confusing! Austria or Switzerland? Which is better for a fun alpine vacation?
Switzerland has always been a favorite European tourist destination for many travelers and tourists, as its charming provinces and cities are famous for their Swiss-German architecture, in addition to their excellence in the manufacture of luxury Swiss cheese and chocolate, and they enjoy the scenic views of the blue lakes surrounded by snow-capped Alps, the abundance of green meadows, farms, orchards and charming rural areas. And great ski resorts, which places Switzerland at the forefront of European tourist destinations. 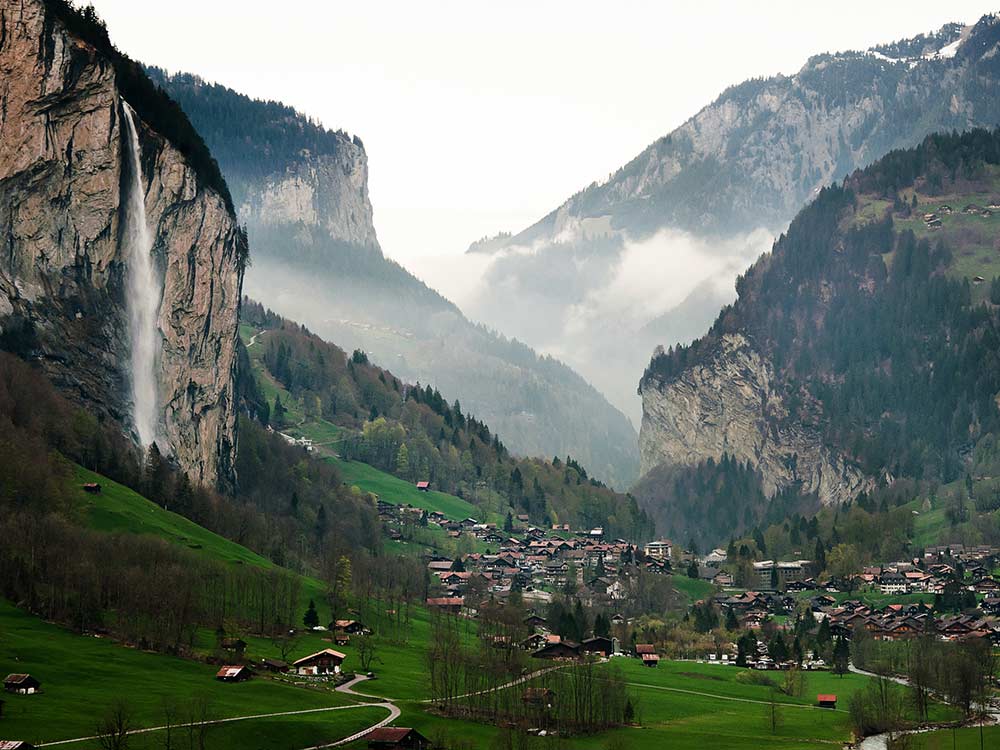 As for Austria, it is not inferior to its tourism sector either. Vienna, the former capital of the large Austrian Empire, is considered one of the most important centers of art and culture in the world, and its ancient imperial edifices still abound in the most prominent European artworks in the fields of music, art, literature, drama and live theater arts. Salzburg, the city of the famous musician Mozart, is an architectural masterpiece adorned with magnificent palaces, stunning lakes and various cultural attractions. Austria also includes various stunning destinations such as Innsbruck, Hallstatt, Zell am See, Leinz, Lake Aachen, St. Gilgen and Kitzbühel, among others that make Austria equally visible with Switzerland. 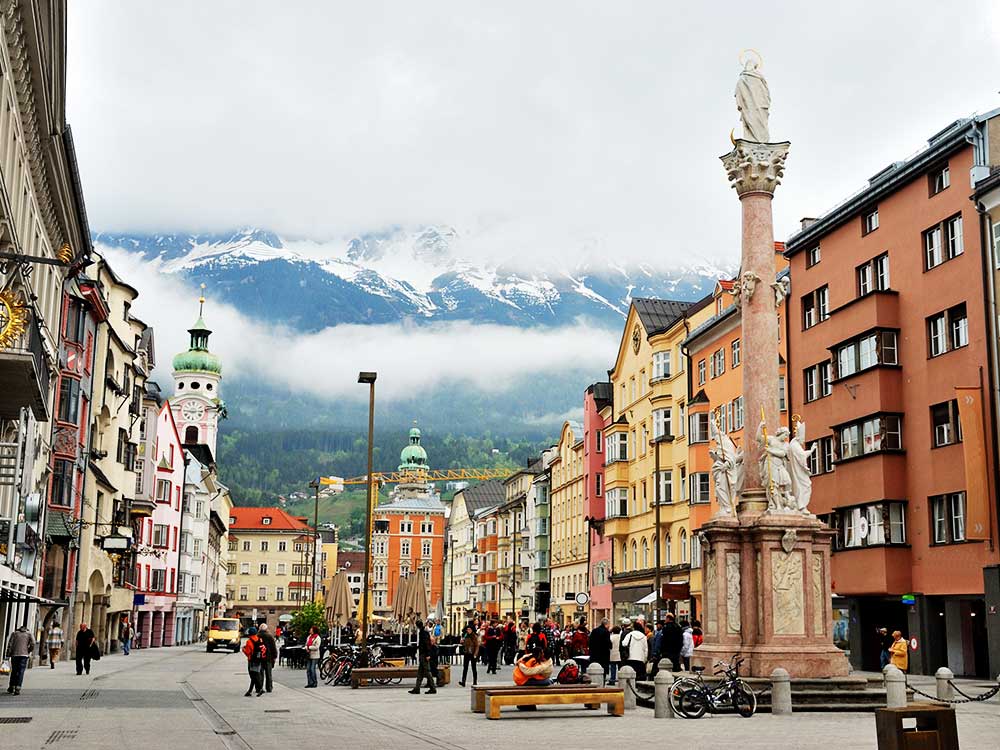 Although its geographical area is small compared to Austria, Switzerland has many more wonderful destinations. Its capital, Bern, still maintains that European appearance, which dates back to the Middle Ages. Zurich is the world center for banks and money, combining Swiss traditions with the development of the modern world, while Geneva is also the center of world diplomacy and the axis of European trade. The country is also full of many other great destinations such as Lucerne, Interlaken, Zermatt, Lugano, Basel, Locarno, Lausanne, Andermatt, St. Moritz and Grindelwald.
The tourism industry in Switzerland is more established, because it has defined and still defines the standards of tourism in the entire world for a long time, and therefore Switzerland is characterized by its heavy tourism and commercial activity, the public transportation system in it is among the best in the world, and is characterized by its high organization and unified service standards throughout The country. Thousands of tourists arrive every year in Switzerland to enjoy its outstanding cultural attractions, which in turn represents a major addition to the flourishing Swiss economy in all its fields.
On the other hand, Austria is distinguished by its multiculturalism while maintaining the same level of development. Austrian cities are characterized by vitality and vitality because of their focus on arts and culture, intellectual debates and a distinctive lifestyle. Immigrants also transferred to Austria from around the world their own cultural touches to it, in addition to the fact that the living costs and expenses in general in Austria are more precious than Switzerland due to the presence of immigrants and many European agencies, and its wonderful tourist destinations such as Vienna and Salzburg are no less famous than Zurich and Geneva. Also other Austrian cities are the focus of attention of tourists, with its traditional rural atmosphere around the Alps, which is difficult for the Swiss resorts and commercial and commercial cities to match.
In the end, it advises Arab travelers new travelers to the world of tourism and travel to visit Switzerland, for its fame as one of the most important European modern tourist destinations, while we recommend young travelers who are looking for a different experience in some adventure such as trekking or staying in local homes to visit Austria.