Avignon … the city of popes in France

Avignon is an ancient city in southeast France, with a population of approximately 90,000.
It is now considered one of the most important tourist destinations for local residents and tourists from all over the world.
This is because the city was listed in 1995 as a UNESCO World Heritage Site.
This is because of its many features, as it contains the Popes Palace, Avignon Bridge, in addition to many cathedrals. The beautiful places that we will mention in some detail in this article. 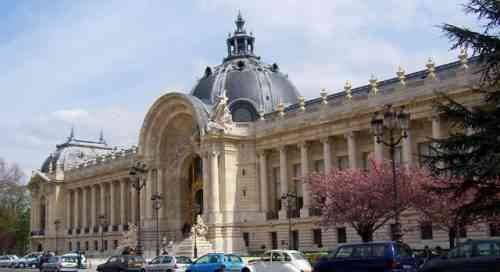 Avignon is the capital of the Vaucluse region, located on the east bank of the Rhone River, 229 kilometers from Lyon.
In 1348 it became a permanent headquarters for the Popes, and they numbered 7 Popes.
This explains the large number of churches and cathedrals built in this city. Their residence was known as the “Palace of the Popes.” 2- The climate of Avignon:
Avignon has mild winters and warm summers, with continuous rain throughout the year.
But August is the hottest month. While January and February are cooler. 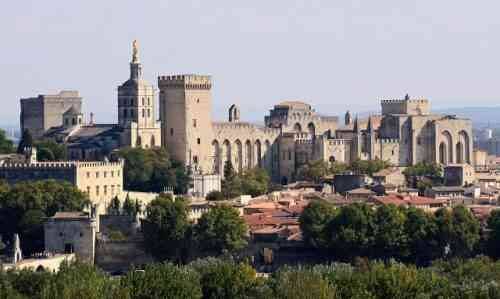 Read also: French city of Devon ... the splendor of the French countryside

3- The most famous tourist attractions and monuments in the city of Avignon:

The city contains a historical center that includes a group of artifacts and fences, which reach a thickness of five meters.
These walls were built between 1335-1364 AD.
This made the city a strong and fortified tower to repel any attacks from the occupation. We will mention in some detail these monuments: Palace of the Popes or Palais Des Papes: 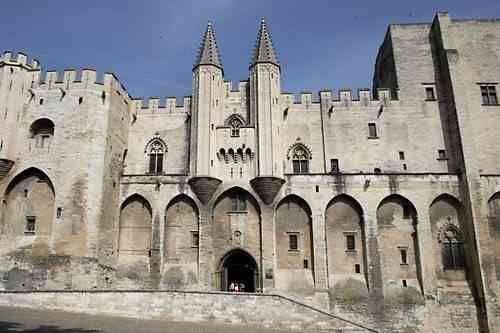 One of the most important Gothic palaces, which was built in the Middle Ages of the continent of Europe.
It was designed by the engineers, "Jean-de-la" and "Piarbison".
It houses a group of rooms that feature great murals, and luxurious walls.
It includes a huge library that contains more than 2000 volumes of book mothers, and you can take many memorial photos inside the palace.

Read also: Palace of Versailles ... your tourist guide to the Palace of Gold

Saint-Bénezet Bridge:
One of the most famous bridges in the city, it was destroyed in 1955, and it was rebuilt again with 22 stone arches.
His name was associated with the name of an Arabic song called "Sur Avignon", and she became very famous because of the beauty of her words. 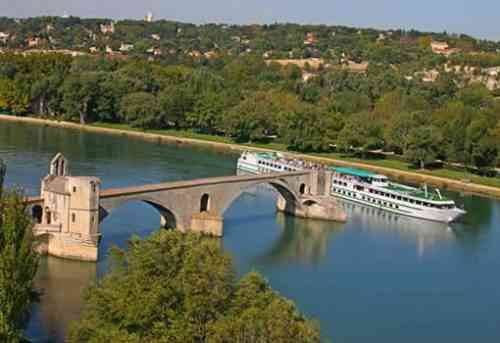 Notre Dame Cathedral:
Its history dates back to the twelfth century and is famous for its golden statue, located above the lighthouse. It was the seat of the archbishop at that time.
It is considered one of the most important historical and religious monuments, due to its wonderful architecture and unique designs.
A group of small churches abound in the city, all in Gothic style. 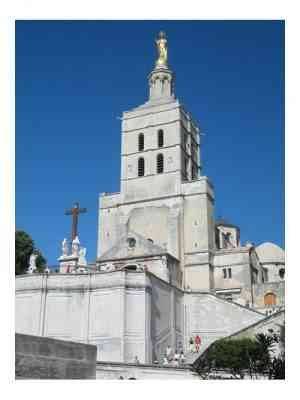 Calfah Museum:
It is a museum from the Middle Ages, and within it there is a collection of art pieces and ironworks amounting to 140 thousand works.
It takes place in the summer period, and is housed in a group of ancient buildings.
During your visit to France, we invite you to make Avignon one of the cities that you will visit.

The best popular markets in London