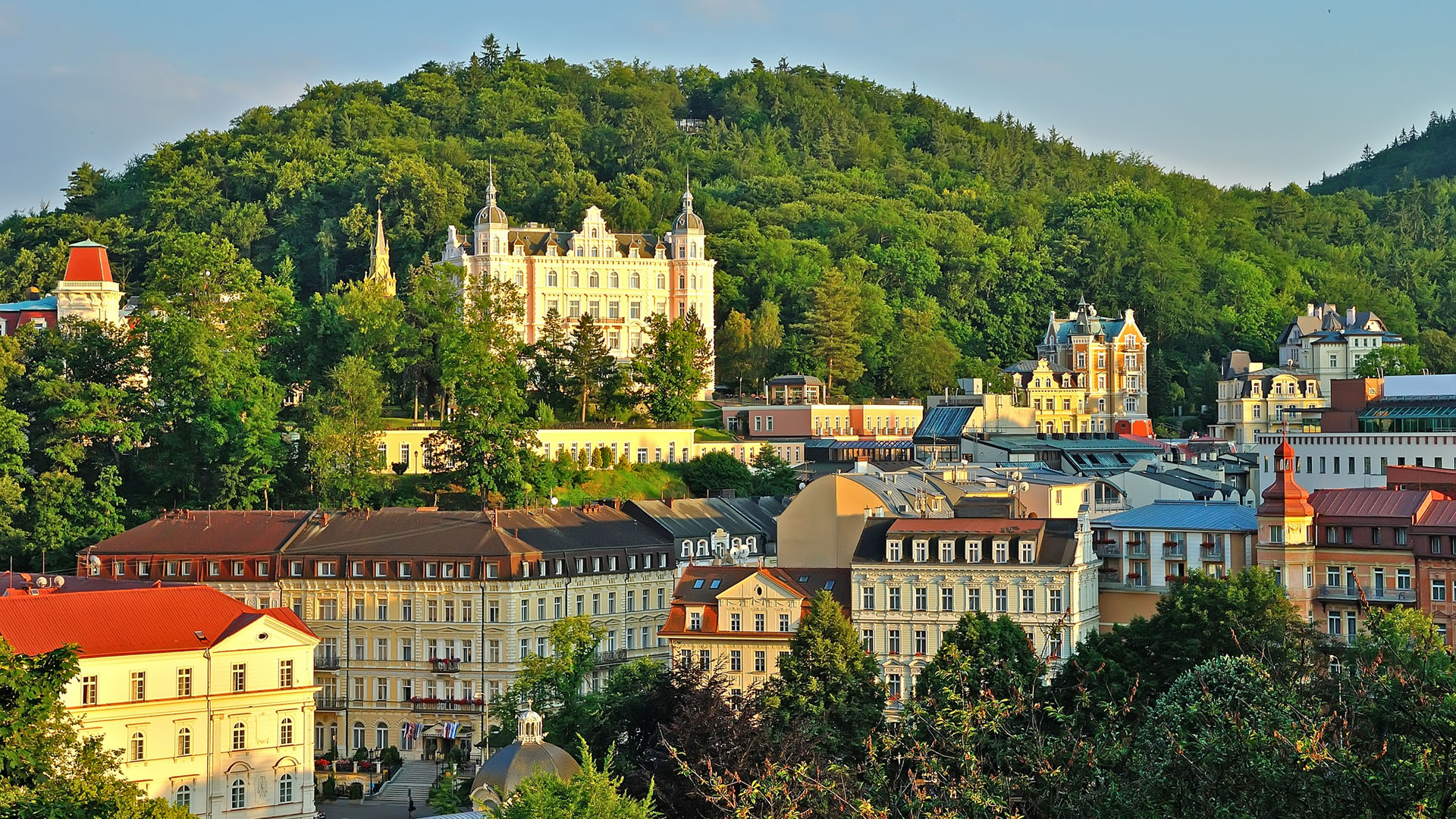 The non-Czech population is about 7% of the population of the Karlovy Vary region, after Prague, and this is the highest percentage in the Czech Republic, and it was the largest group of Vietnamese foreigners, followed by the Germans, Russians, and Ukrainians.

– Local buses and cable cars carry passengers to most areas of the city, the imperial railway is the oldest in Europe and the diana railway was the longest during the reign of Franz Joseph I in Austria and Hungary.
– The city can be reached by motorway, and public transportation options include intercity buses and the Czech railways.
– Karlovy Vary Airport is an international airport located 4.5 kilometers (2.8 mi) in the southeast of the city, in the nearby village of Olchova Frata, and as of August 2018, the airport is only serviced by scheduled flights to Moscow. 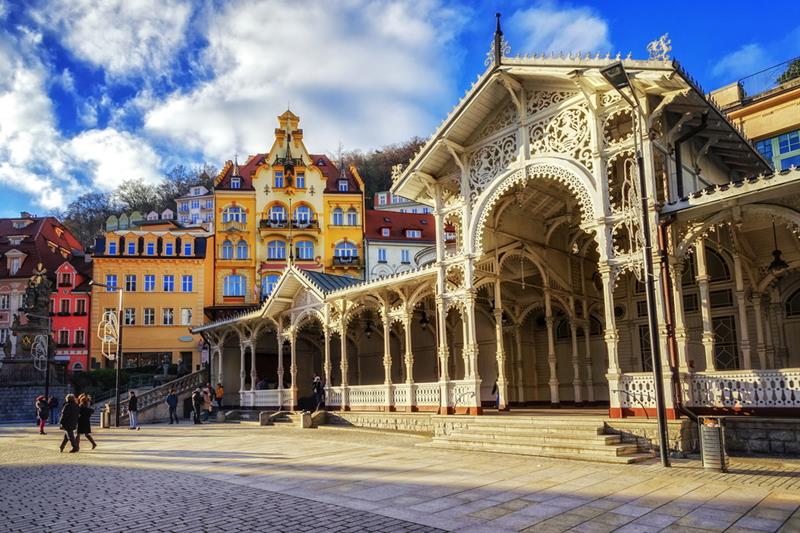 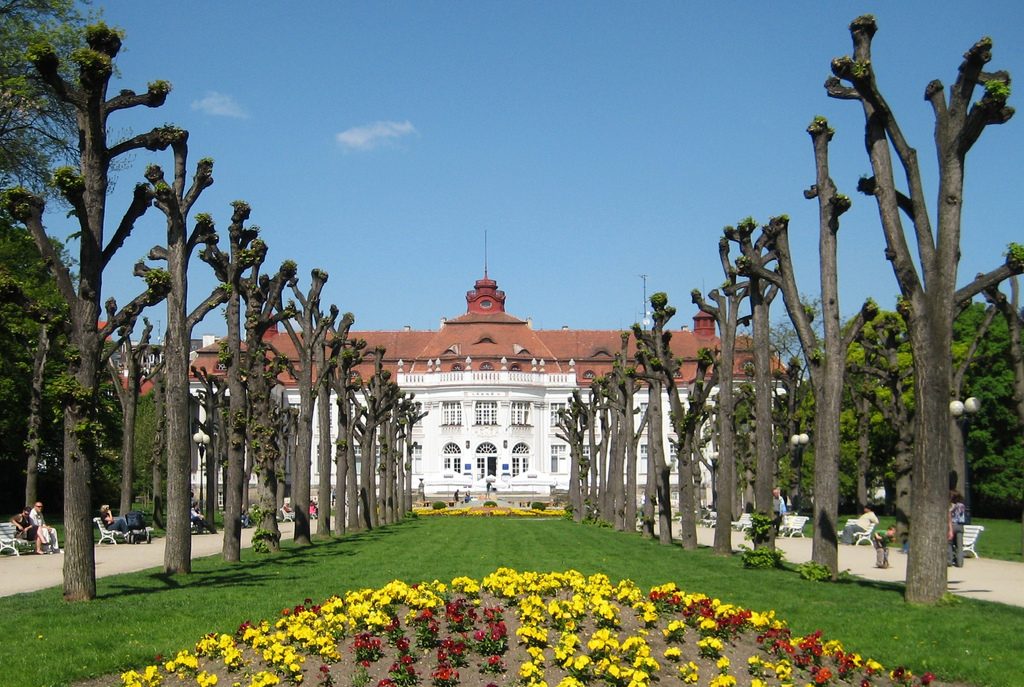 – In the nineteenth century, Karlovy Vary became a popular tourist destination, and is particularly known for the international celebrities who visited it for spa treatment, and the city is also famous for the Karlovy Vary International Film Festival, which is one of the oldest festivals in the world and one of the most important cinematic events in Europe.
It is also known for its famous Becherovka Czech Liquor and the production of the famous Moser Glass Factory, which is located in Karlovy Vary. The famous (Carlsbad Chips) arose in the city in 1867, and also presented its name to “Carlsbad Peaches,” Zwittschögen stuffed with candy.

– The city has been used as a location for a number of cinematographic films, including 2006 Last Holiday films and Casino Royale, both of which used the Grandhotel Pupp in the city in various forms, moreover, the Palace Bristol Hotel in Karlovy Vary was used as a model for a movie The Grand Budapest Hotel.
Karlovy Vary is also the home of ice hockey club HC Karlovy Vary and its smaller branch, HC Energie Karlovy Vary (kids). 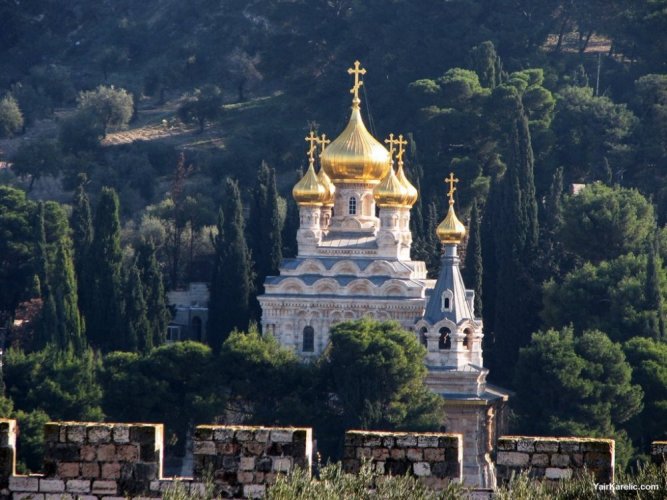 The most famous characters who visited Karlovy Vary

Commemorative plaque of Russian First Peter in Karlovy Vary.
Peter I of Russia visited Karlovy Vary in 1711.
Mustafa Kemal Ataturk, founder of the Republic of Turkey, as well as its first president, visited Carlsbad in 1918 for spa treatments.
Frantik Bohonik, a scientist and novelist in Karlovy Vary, died.
Johann Wolfgang Goethe, German poet, novelist, philosopher and scientist also visited the spa in Karlovy Vary.
Princess Michael Kent (born Baroness Marie Christine Agnes Hedwig Ida von Ribnitz), a member of the British royal family, was born in January 1945, before the German population was expelled later that year.
– Adelbert Satter, the Austrian writer also visited Karlovy Vary.
Ludwig van Beethoven, the composer, came to spa treatments, and he and the poet Goethe were wandering together, which made locals happy.
– Frederic Chopin, the composer, last met with his parents during a vacation in Carlsbad, between August and September 1835.
– Anthony J. died. Drexel, the first partner in Drexel, Morgan & Co. and founder of Drexel University, in Carlsbad in 1893 while spending a summer vacation in Karlovy Vary to consider his health.