August remains one of the best months of the year, but for some it is the most appropriate time in the summer for fans of activities, outdoor sports, recreation on the beaches, swimming and taking advantage of the hot climate in most countries of the world in many summer tourist destinations, in addition to other destinations that some prefer to escape from the heat in August. Here are the top tourist destinations for August 2020: 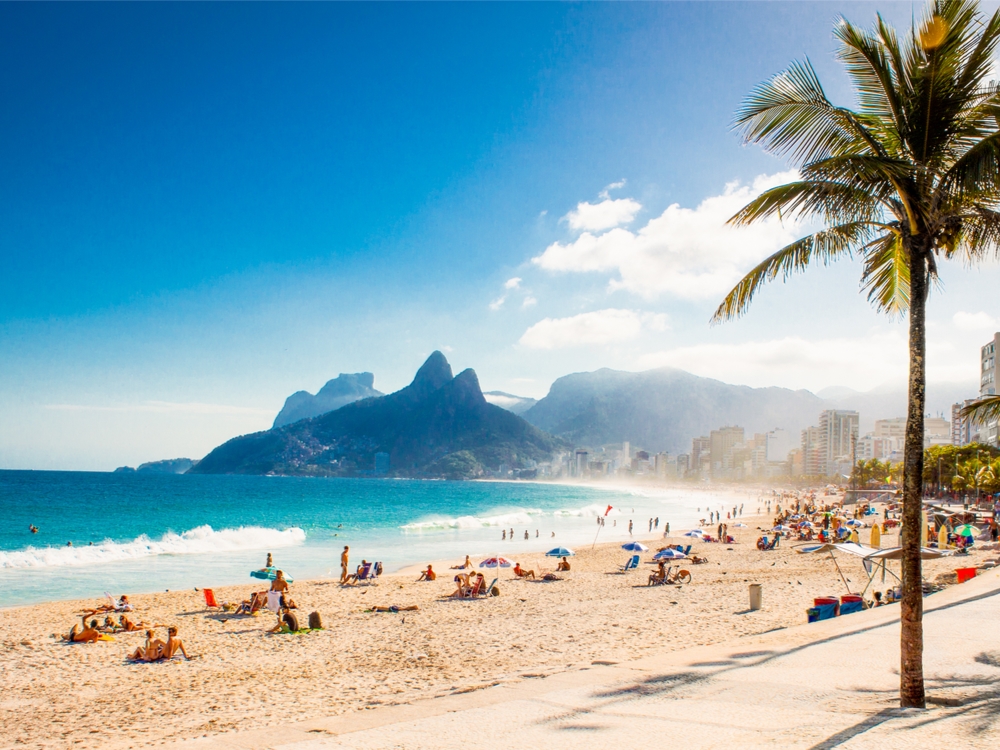 Brazil is the largest country in South America, and it is one of the best tourist destinations in the summer, especially August, because it contains wonderful beaches and several unique tourist places such as the statue of Christ the Redeemer in the city of Rio de Janeiro, which was classified among the seven new wonders of the world, and there are the forests of the Amazon Likewise, the historical and cultural areas of Minas Grace, in addition to the Iguazu Falls in the state of Parana on the border with Argentina, are all landmarks that made Brazil occupy first place in the South American continent in terms of tourism rates. 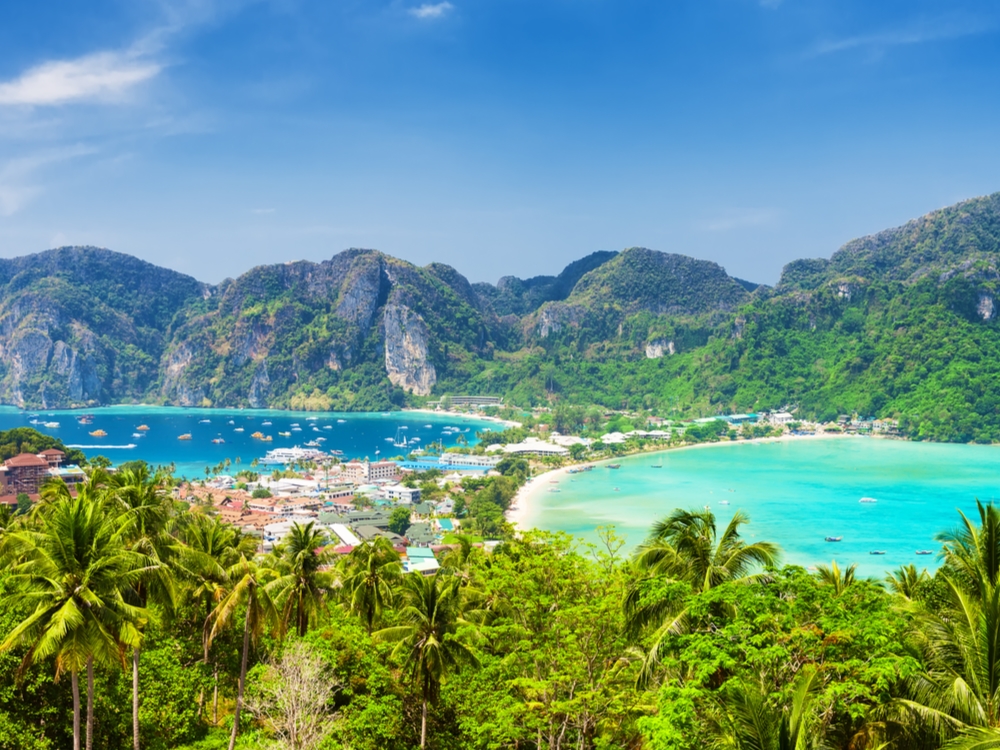 Australia is located off the southeastern Asia and the western Pacific, and remains one of the best destinations for those who want to get away from the summer heat in August, as the climate of about a third of the area of ​​Australia is tropical while the rest is located in the temperate zone, and tourists can choose from among many tourist areas And the antiquities on the continent, and Australia is also characterized by the presence of unique wild and water animals, and the Great Reef is one of the most important tourist areas in the country. 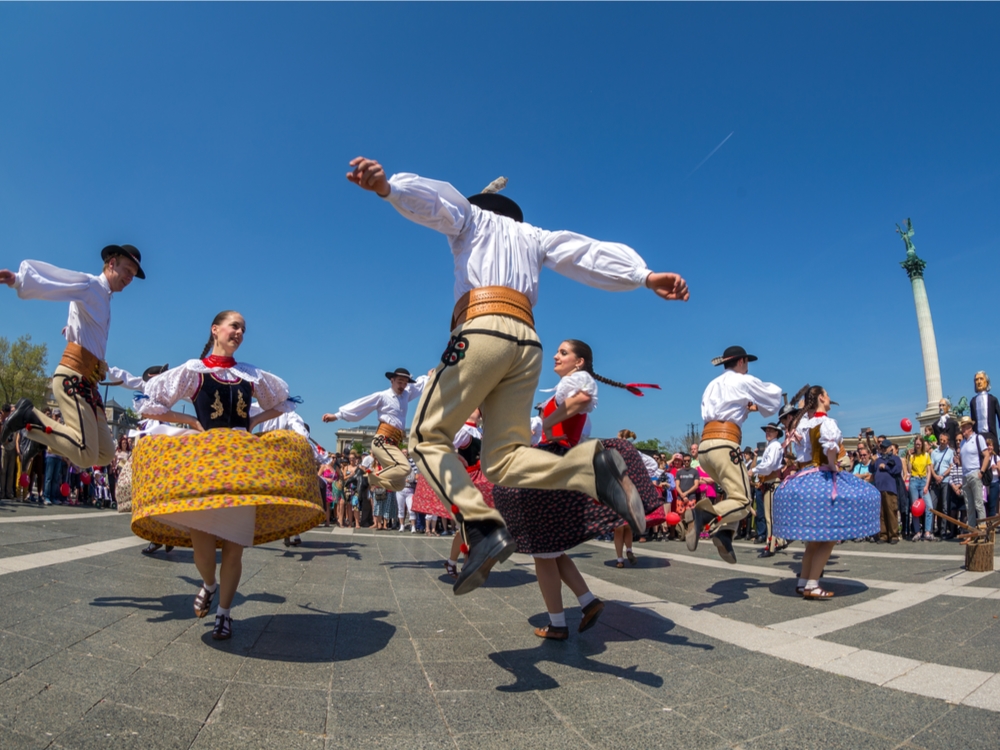 Hungary or Hungary is a country located in the middle of the European continent and does not have access to the sea, and is affected by a continental climate characterized by moderate and warm temperatures during the summer, and in August in particular. Its capital is Budapest, which is one of the most important tourist destinations alongside Debrecen, the city of culture and history. Hungary embraces a variety of terrain, such as flat and sloping plains, mountain ranges such as Mount Kikis, and rivers such as the famous Danube, and lakes such as Lake Balaton. 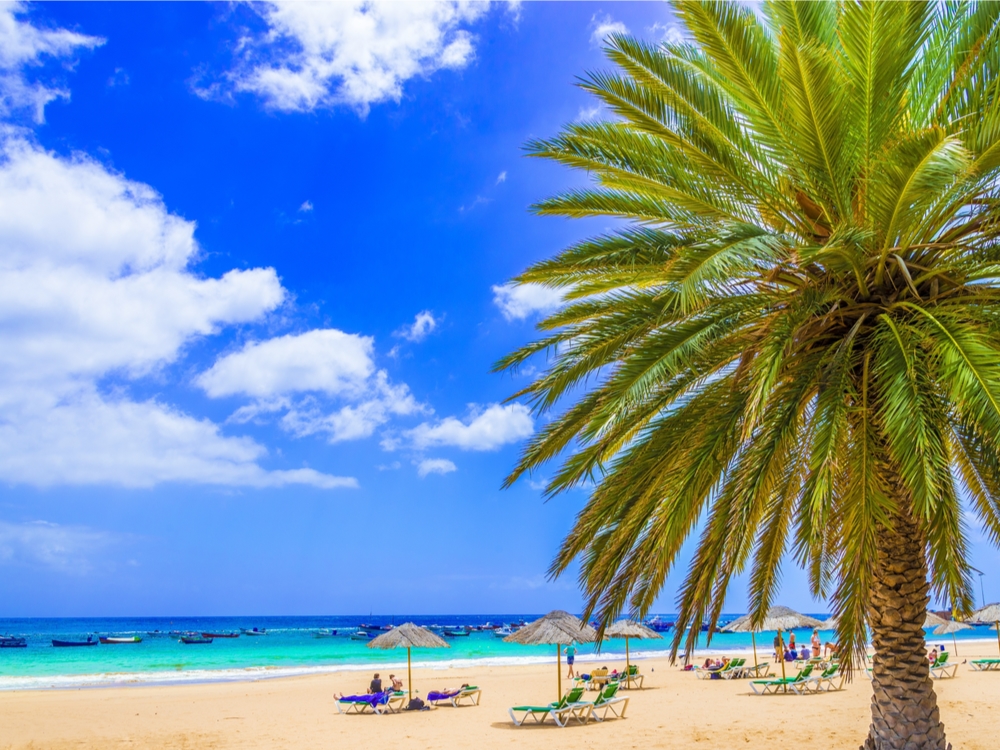 The Canary Islands are a marine archipelago consisting of seven main islands belonging to Spain in the Atlantic Ocean, off the coast of Morocco, divided into two provinces, Santa Cruz de Tenerife and Las Palmas. The Canary Islands are mainly composed of four major islands, surrounded by dozens of small islands, and from the greater Canaria islands Tenerife and Palma, in which many tourist resorts are located along its shores, have turned into popular destinations for inbound and outbound tourism thanks to their ever-moderate temperatures, including in August. 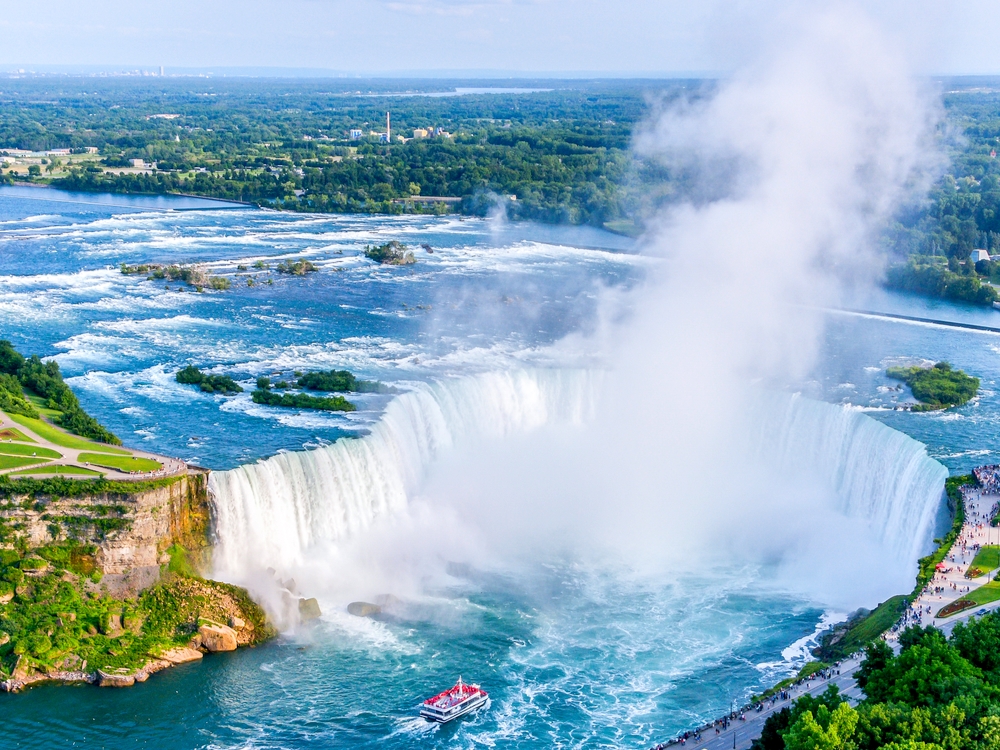 The climate of Canada in the summer is characterized by being warm in the south, especially along the southeast and southwestern beaches, which makes it an ideal destination to visit in August for those who want to escape the summer heat in the rest of the world. Canada remains a beautiful country rich in its water springs and its famous waterfalls. Tourism is concentrated in the four major cities, Toronto, Montreal, Vancouver and the capital, Ottawa, as well as Niagara Falls and Canadian Rockies. 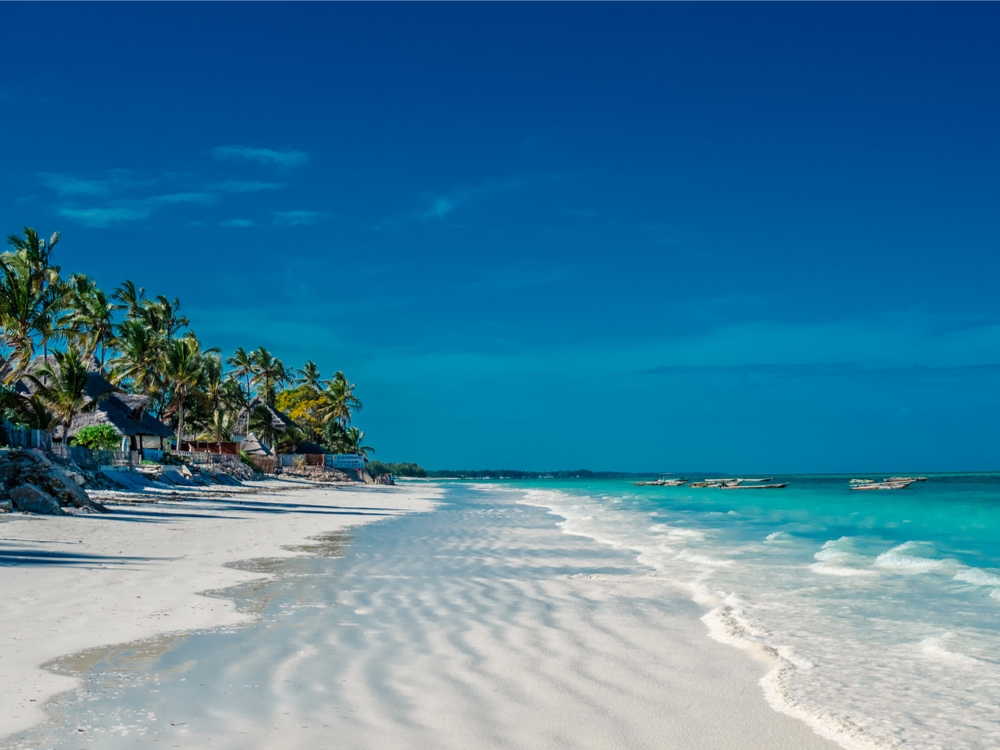 Tanzania is a country with a tropical climate located in east central Africa on the Indian Ocean, and its land extends from the ocean in the form of sandy beaches and coral reefs, in addition to the swamps in which the coastal mangrove forests grow. The city of Dar es Salaam is the largest and most famous city alongside the island of Zanzibar, which is characterized by the beauty of its natural scenery Manifested in white sand beaches and palm trees, and its white houses and coral beaches, which remain one of the most beautiful destinations in Tanzania, as tourists go to enjoy water activities such as diving, surfing and canoeing. Tanzania is famous for many tourist places, the most important of which are Selous Reserve, Lake Minyara and Tarangiri National Park. 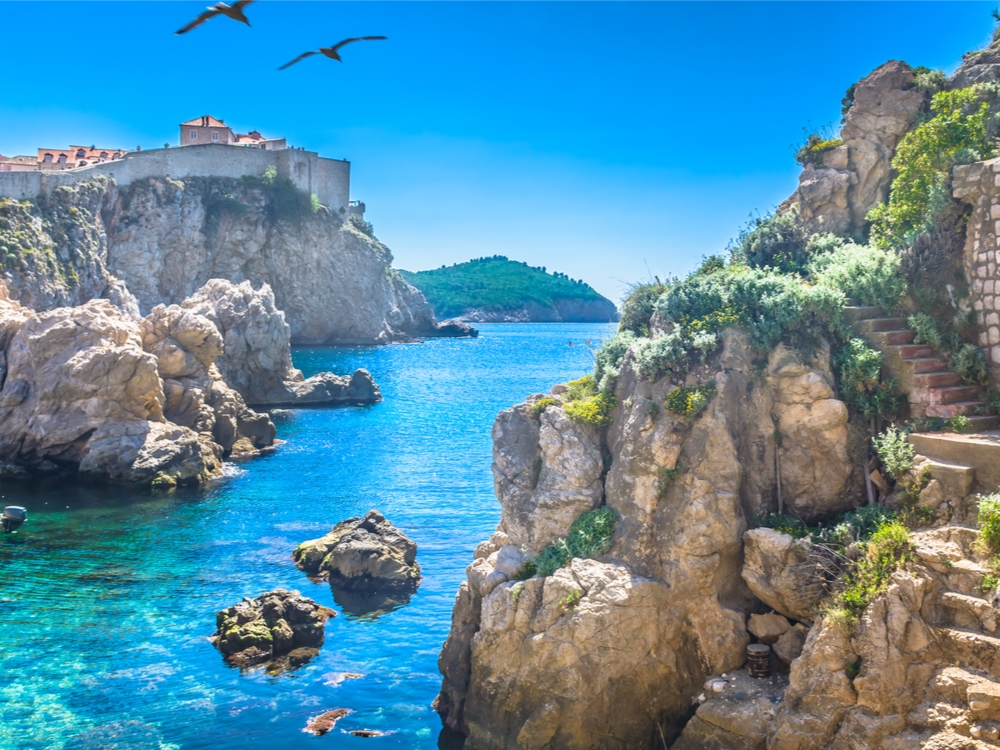 Croatia overlooks the Mediterranean Sea in the southeast of the European continent, its capital and largest city of Zagreb, which is characterized by its historical monuments of ancient buildings, museums and others. Croatia is blessed with a diverse climate between the mostly continental climate and the Mediterranean climate, and it boasts many tourist attractions, whether ancient monuments such as castles and ancient architecture, or picturesque natural parks and public parks, and the peak tourist season in Croatia in the summer and August remains the most important times to visit the country.
One of the most important tourist destinations in Croatia is Dubrovnik, which includes places on the World Heritage List, and there is Lushin Island, which is one of the most famous islands in the country and one of the best islands for honeymooning or for different water sports. 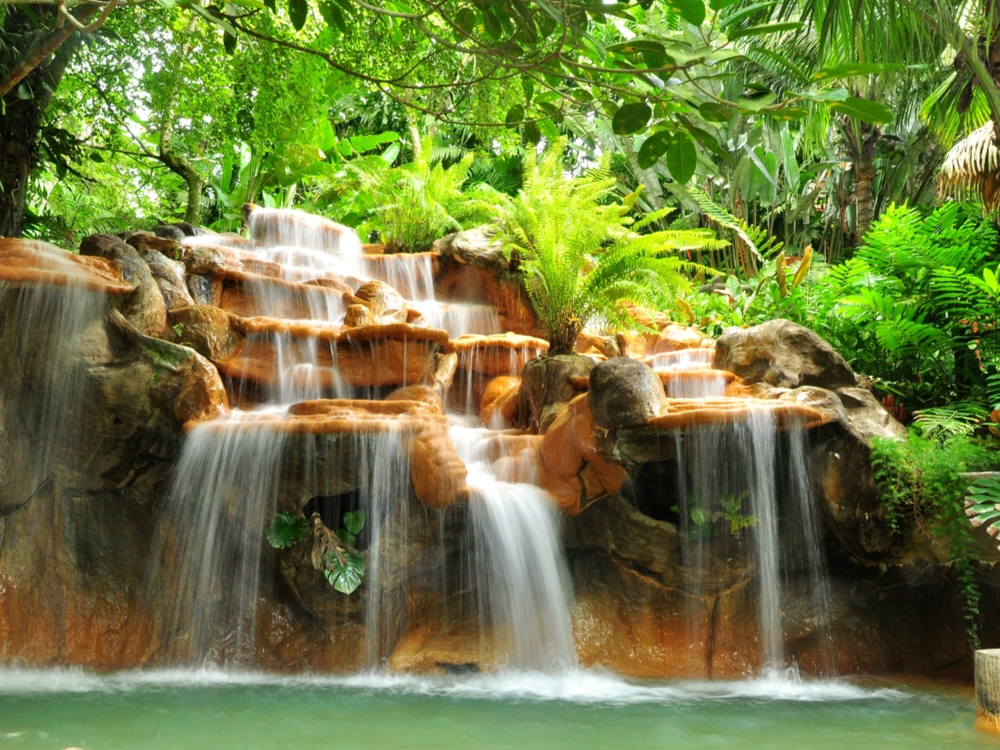 Costa Rica is located in Central America and it has a moderate climate all year round, and its name means the rich coast, and it is a name in the name of being home to one of the largest plant and animal densities, and because of its amazing terrain diversity, from mountains, volcanoes, forests, valleys, beaches, lakes, rivers and water fountains. Costa Rica’s beaches are also characterized by a clear diversity in nature, some of which are located on the coasts of the Pacific Ocean, while others are located on the coasts of the Caribbean Sea. There are many tourist places in the country, and the capital, San Jose, remains one of the most important, in addition to the town of Manuel Antonio and the Monteverde Misty Forest Reserve, among others. 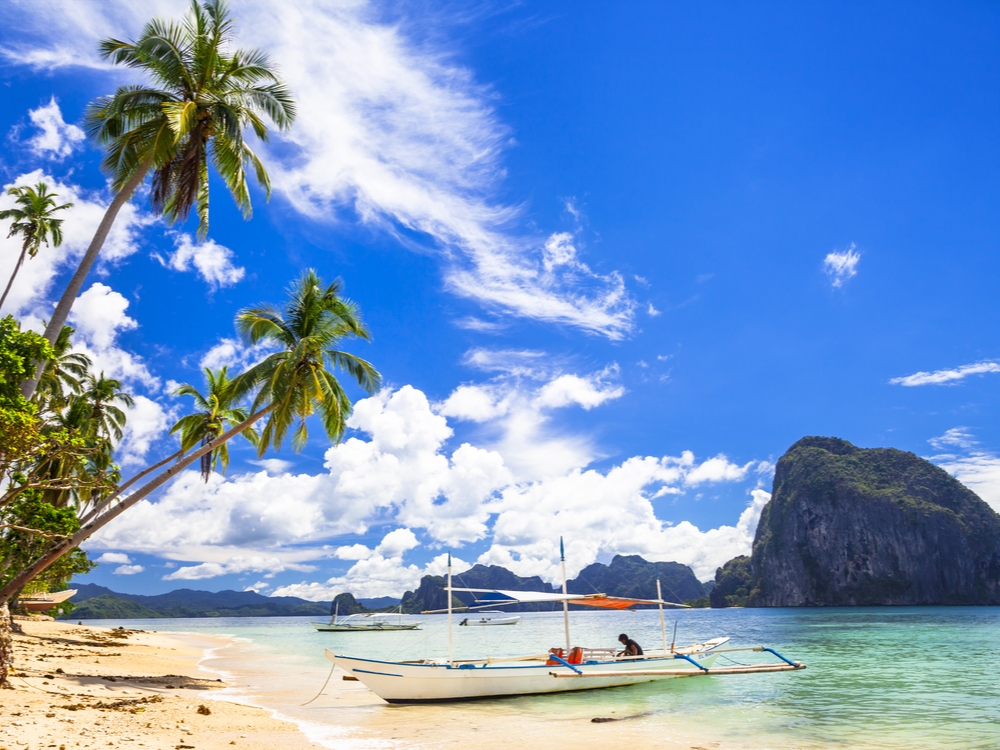 Known as the Pearl of the East and its capital, Manila, it is located in southeast Asia, west of the Pacific Ocean, and is considered one of the largest archipelago in the world as it consists of 7,641 islands, all blessed with multiple races and cultures. The Philippines remains one of the richest areas of biodiversity, and has a coastline of 36,289 km, while most of the mountain islands cover tropical forests. The country boasts many attractions that attract visitors from all countries, and one of the most important tourist destinations in the Philippines is the island of Boracay, which is famous for its white sand beaches and clear waters and includes many beach activities such as diving and snorkelling. There is also Cebu Island, which is a very popular destination, which includes many charming views, such as waterfalls and forests. 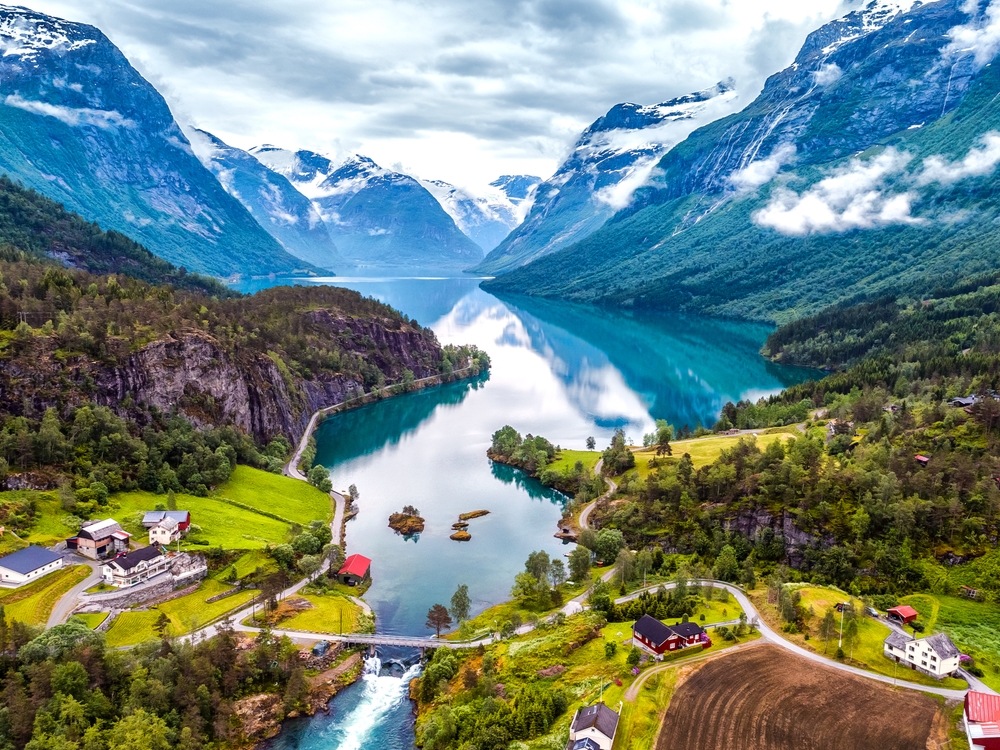 Norway is located in northern Europe and occupies the western part of the Scandinavian Peninsula, and enjoys a geographical location that makes the summer season moderate compared to most of the rest of the world, which makes the country a great tourist fame in the month of August for those who wish to escape from the heat. Norway is famous for the beauty of nature and archaeological tourism sites such as museums, galleries and ancient architecture, and the most important tourist destinations in Norway are the Vöring Vossen waterfall, the Gösterdalsprin Glacier, the Viking Ship Museum and the Norwegian North Cape, among others.

Travel advice to Macedonia .. We guarantee that you will spend a distinctive tourist trip in the most beautiful tourist destinations in Macedonia