Great news for football lovers in the Arab Gulf states, we have released a very special four-day show in Barcelona, ​​which includes tickets for the El Clásico match at the El Nou Camp, alongside 99 thousand fans on December 4, 2016! This is in addition to ample time for getting around and shopping in Barcelona, ​​which is considered one of the most beautiful tourist destinations in the world. To find out more, visit the following link.
The controversy between supporters of Barcelona and Real Madrid has no end, and comparisons between the achievements of each of them, and who is the best star, the best attack, the best defense, the best coach will return again to the interface with the proximity of the Clasico match that all football fans are waiting for, and not only the fans of the two teams. . And if you are a fanatic of one of the two teams, the opportunity to watch a match right from the heart of the Camp Nou is an experience not to be missed. Although the match will end in 90 minutes, the memories of watching it from the stadiums, and the enthusiasm of the fans, will remain for decades.
Book a Classico Spain offer today, to receive attendance tickets (limited quantity), one of the most followed football matches in the world, on December 4, 2016.

The roots of the traditional enmity between Barcelona and Real Madrid go back to the thirties of the twentieth century, and they have more than sporting proportions, and stem from the sensitivity between the Catalan and Madrid inhabitants that was one of the results of the Spanish Civil War, but it continued and flared with some accidents over the following years. Ironically, the founders of Real Madrid, the brothers Juan and Carlos Pedros, are of Catalan origin!
• The hostility between the two clubs intensified in 1953, following the accident of the Argentine player Alfredo Di Stefano’s deal, when both clubs signed a transfer deal with the player at the same time! Until the issue was resolved in favor of Real Madrid.
Danish player Michael Laudrup is the only player to have won the La Liga championship with both teams. The first time was with Barcelona in 1993, while the second time with Real Madrid was in 1994.
• The first match between the two teams was held on May 13, 1906, even before the La Liga championship was established! It was part of a friendly tournament to celebrate the coronation of Alfonso VIII as king of Spain. That match ended in favor of FC Barcelona (3-1).
• Spanish player Alfonso Albeniz was the first player to move from one club to the other, when he moved from Barcelona to Real Madrid in 1902.
• One of the interesting traditions of the El Clasico is the “Basilo”, where the team members stand in opposite rows in front of the tunnel that leads to the pitch to applaud the other team members during their exit, in the event that one of the two teams won the league championship before the Clasico match and the end of the league.

The most beautiful landmarks of Barcelona

Church of the Holy Family – one of the most beautiful tourist attractions in the city that should not be missed. 2.8 million tourists visit the church annually, and it is characterized by the beauty of the details of its construction and the fact that it has been under construction for 100 years!
• Magic Fountain Show (Font Magica Fountain) – The fountain was built in 1929, and it is visited by 2.5 tourists annually, and it is one of the most wonderful landmarks in Barcelona.
• Picasso Museum – one of the most famous museums in Barcelona, ​​and includes one of the largest collections of works of the famous Spanish painter.
Las Ramblas (Barcelona’s most famous street) – was described by the Spanish poet as “the only street in the world that I wish it did not end”, and is referred to as the beating heart of Barcelona that if you did not wander around, as if you had never visited this city.
Camp Nou Stadium (FC Barcelona stadium) – one of the largest football stadiums in the world, with a capacity of approximately 100,000 spectators. Millions of tourists visit the stadium annually, in addition to the huge number of fans of the club.
• Barrio Gotico region – a famous old city district, with its Gothic and medieval features. The neighborhood is built around the ancient Roman city “Parcino” which is the oldest in Barcelona, ​​and it contains many churches, squares, markets and museums.
• Park Guell – A UNESCO World Heritage Site and one of the most beautiful works of artist Gaudi. The park is located on the hill of Carmel, and enjoys amazing views of the city.
• Modernista buildings – Three of the most beautiful buildings in the city include “Casa Amatler”, “Casa Batllo” and “Casa Liu-Moreira”, in addition to one of Gaudi’s “Casa Mella” works.
• Montiwick Hill – This area includes many parks and sights such as Montiwick Castle with wonderful views of the city, and the village of Buble Espanyol is one of the most visited places in Barcelona.
• Tibidabo Hill, the Sacred Heart Church and the Tibidabo Park – a great destination for families, the park is located on top of the hill and is ideal for children outings.
Montserrat Mountain and Monastery – The legendary Monastery of Montserrat is an hour away from Barcelona, ​​and is one of the largest sights in Spain.
• The city of Girona – this historic city is an hour away from Barcelona, ​​and scenes of the famous series “Game of Thrones” were filmed. 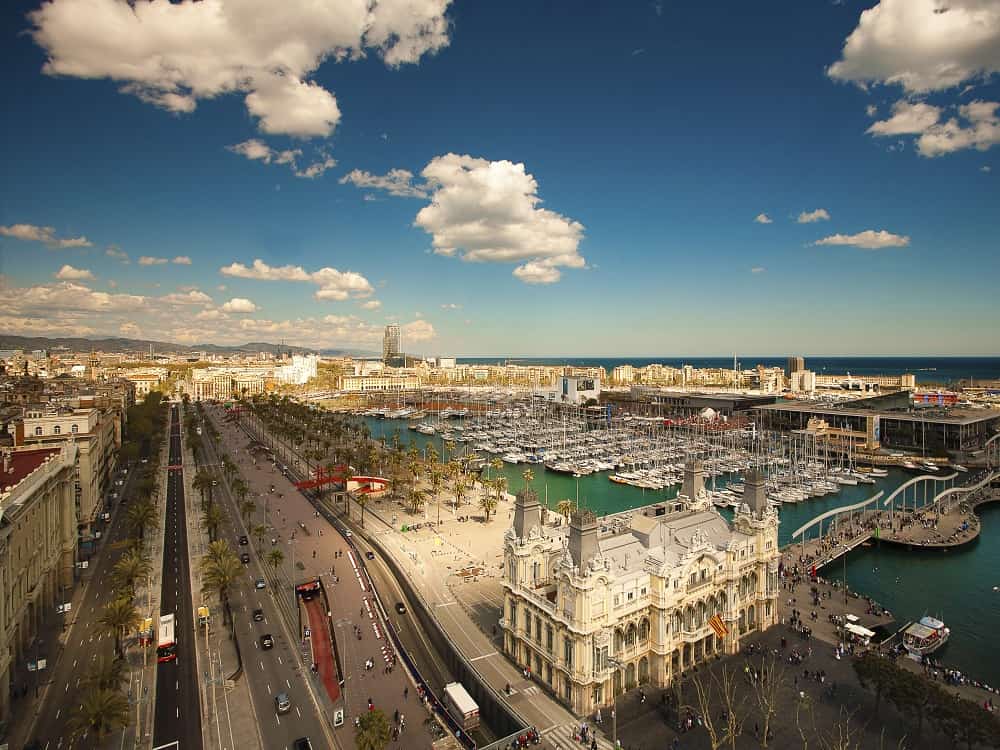 • Barcelona visits more than 8 million tourists annually, making it the third most European city in terms of number of tourists, after London and Paris.
• There are two different narratives about the city’s birth story, one of which says that the city was built by Hercules 400 years before Rome.
La Diada de San Jordi (St. Gerges Day) is the largest and most important event in Barcelona, ​​and it falls on April 23 of each year. UNESCO has declared this date as “World Book Day”. The people of Medina used to gift some of them books and roses on this day.
La Rambla is the city’s most famous street, but in fact it is made up of 5 streets that are a long street.
Barcelona is the first city in the world to win the Ripa Royal Gold Medal.
• The “La Merce” event is held on September 24 of every year, and it is an official holiday since the world of 1871 AD.
Despite its wide international reputation, five beaches did not exist in Barcelona prior to the 1992 Summer Olympics.
• The artist architect was not the first to work on the Church of the Holy Family, but the architect Francesc del Villar was the first to be commissioned to design the church. But when Francesc withdrew from the project a year after its launch, Gaudi took over the project, and radically changed it. 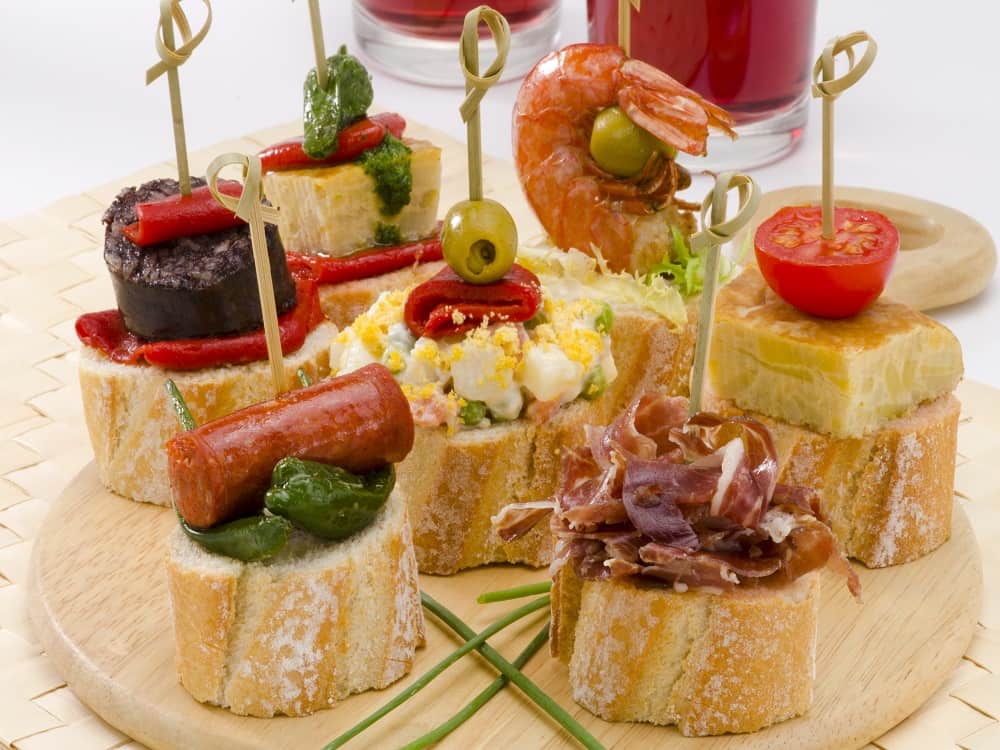 The Catalan cuisine follows the very old cooking methods of the Mediterranean region, using natural herbs and locally raised animal meat. Many of the great chefs from Catalonia were famous as Albert Adria and Carl Abellan.
We advise you to take advantage of your opportunity to be in Barcelona and try these dishes:
• Bella – the favorite dish of the Spanish population, and spread widely in Barcelona. Bella consists of rice, chicken, marine ingredients and saffron, and represents the Spanish love of art and color.
Tapas – is a very wide variety of starters and snacks, found in all parts of Spain, and varies from place to place in the way of presentation and ingredients.
Escalada – Salad made with eggplant, pepper, tomato, onion, olive oil and vinegar.
Cream Catanella – a traditional Catalan dessert consisting of a layer of custard on top of a layer of caramel, usually served at room temperature.
• Alioli – a traditional Catalan sauce, similar to mayonnaise, using garlic and olive oil.
Hurry up to book the El Clasico show, and live an amazing tourism and sports experience from another world in Barcelona, ​​one of the most wonderful tourist destinations in Europe and the world.

Museums in Oman, Muscat .. and 6 most beautiful museums