Britain Hotels: List of the best hotels in England 2020 cities

Tourism in Britain is one of the most enjoyable travel activities ever, as it is considered a gateway to experience successive and long historical eras with all its victories and defeats, in addition to the fact that the vast Kingdom of Britain is distinguished by its cultural and environmental diversity between rural and urban areas.
Britain Hotels is one of the oldest hotels in the world, where specialized references have proven that the origins of the hospitality industry began mainly from England, this article is a guide for you that includes the best hotels in England recommended from the experiences of previous Arab visitors to stay in.

In this report, we offer you a selection of the best recommended hotels in Britain. Most visitors praised these hotels and rated them as the best:

It is the most sophisticated and civilized European capital. Everything in it is worth a visit, and everything that it offers to the visitor is luxurious and enjoyable. It is full of antique historical buildings, interesting recreational parks, luxury hotels, restaurants and distinguished markets.
Spend an enjoyable time in London needs to know first about all the features and prices of hotels in England London You may be lucky to book one of them .. Read more 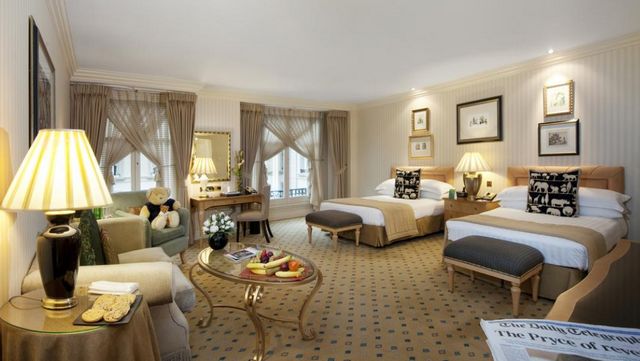 The city of Liverpool is considered a city of gardens and museums because of the many of these two attractions, and they are all beautiful, magnificent, and magical.
In this link, we have collected for you the details of the best British hotels in Liverpool, according to reviews of visitors who have previously lived in these hotels .. Read more 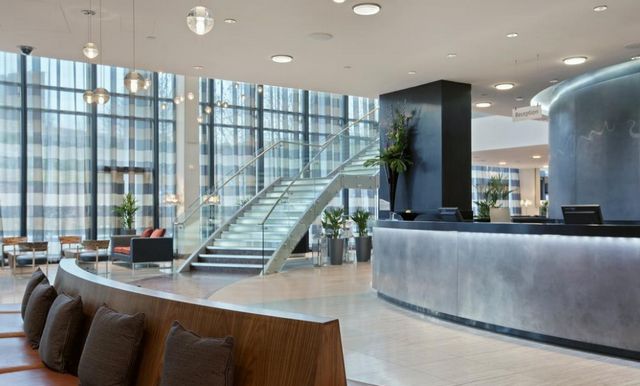 Manchester is the capital of the northern part of the Kingdom, as well as it is one of the most populated cities, so that the inhabitants belong to different origins and races, which was followed by the emergence of neighborhoods of various shape, character and culture, in addition to that being the focus of English history and the cradle of the industrial revolution, which made it It abounds in countless historical facilities.
In this link, we have gathered for you the most accurate information about the best British hotels in Manchester, according to visitors’ nominations and ratings. Read more 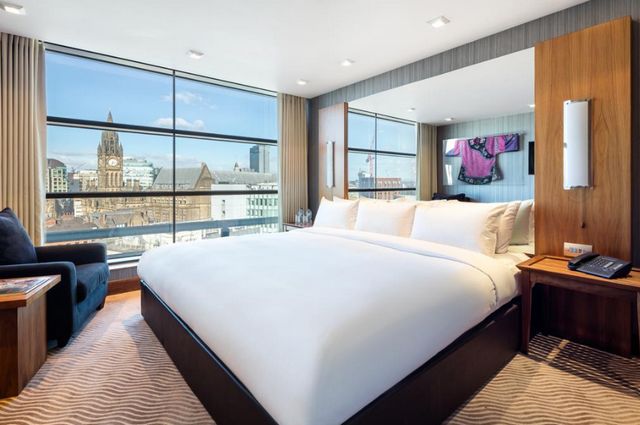 It is nicknamed the green European city thanks to its multiple mountain scenes that are covered and surrounded by vast green areas, as it overlooks the banks of the Avon River, and then it offers visitors a special dose of recreation between the charming nature.
The following link provides the best British hotels, Bristol, their prices and reviews of previous visitors .. Read more 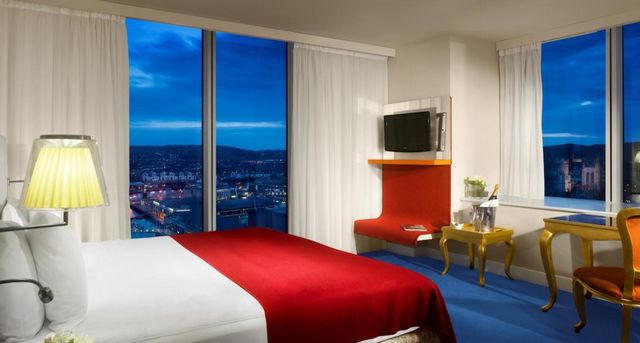 Leeds is located on the River Aire, which is the most famous royal city in Britain, and therefore possesses royal palaces, gardens, theaters and museums that Al Ain cannot see anywhere else.
We have prepared a comprehensive guide that includes the best British hotels in Leeds, recommended in terms of prices and services provided .. Read more 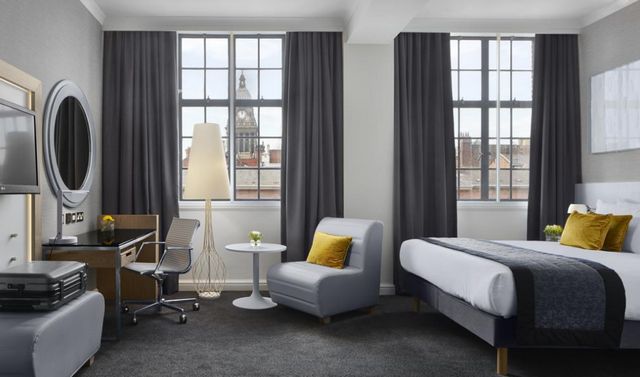 The city of Nottingham, in central England, attracts millions of tourists every year to enjoy its fine mix between historical authenticity and contemporary urbanization, in addition to enjoying its local and specialized markets such as the Asian, Arab and African wonderful.
Here is a detailed report that identifies the best hotels in Britain Nottingham according to the experiences and nominations of visitors .. Read more 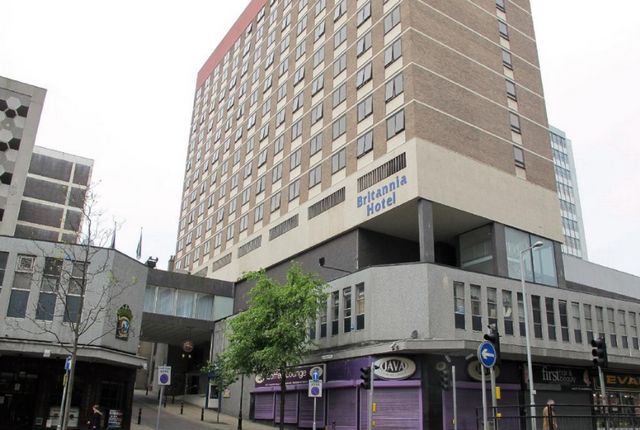 Sheffield is located in the arms of the rural mountainous nature, and it is characterized by complete calm, complete security, and relaxation amid the enchanting nature of Sheffield. It must be preceded by getting to know the best hotels in Britain and Sheffield, inspired by the visitors experience, which is what this link provides .. Read more 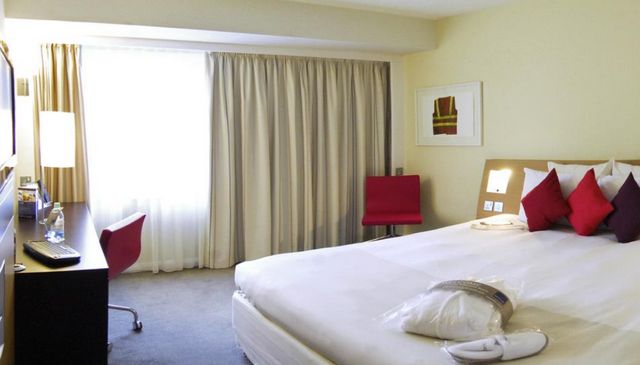 Blackpool is a beach city that is hugely popular with tourists for its fresh air, golden sandy beaches, luxury leisure destinations, parks and malls.
This report provides you with all the information about the best hotels in England, Blackpool in terms of prices and services, as previous visitors tell us .. Read more 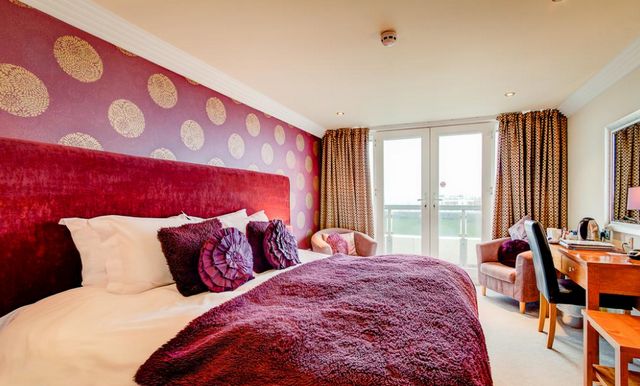 Formerly known as the city of boats, and it is now known as the city of actors, due to the many festivals and carnivals that are witnessed throughout the year, it is also an essential destination for shopping tourism and enjoying delicious English dishes.
This link takes you to a group of the best British hotels in the city of Birmingham, according to visitors’ ratings and recommendations .. Read more 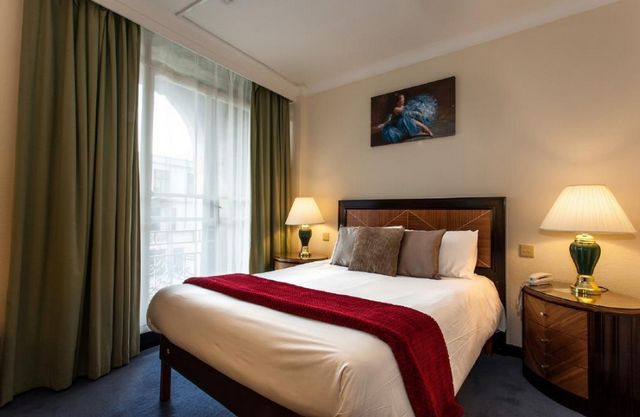 Brighton is famous for its many historical monuments, including the Victorian pier witnessing all the wars of successive English fleets, in addition to the city owns international shopping malls and annual art festivals, in addition to parks, museums and various attractions.
Here we present to you a group of Britain’s best recommended hotels in Brighton, which have the highest ratings .. Read more 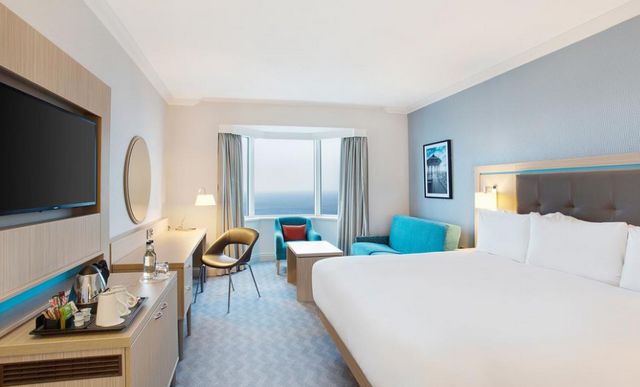 The city of Oxford overlooks the famous Thames Valley, and it includes a group of harmonious skyscrapers, so it was nicknamed the Dreamy Towers City, and it has international fame in European history, especially in scientific and academic terms.
We present to you a guide with all the details about the best Oxford hotels in Britain, which were appreciated by its visitors .. Read more 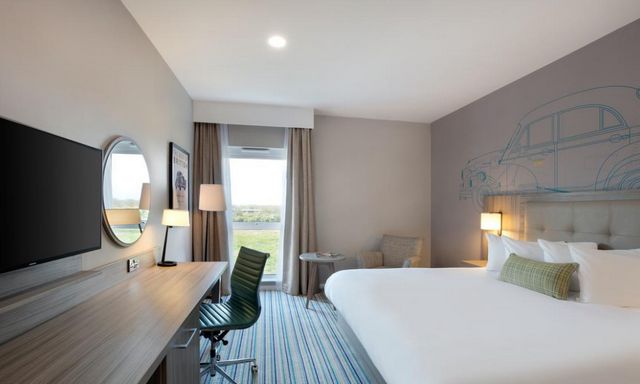 Articles you may also be interested in in England:

The most important 6 tourist cities in England