Cape of righteousness and the beauty of travel to it 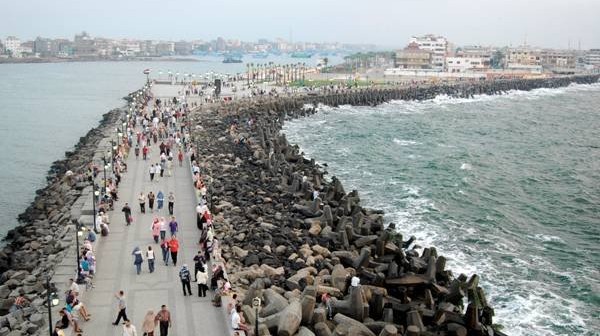 Ras El Bar Island is considered one of the important tourist islands in the Arab Republic of Egypt and is located in Damietta Governorate, and interest in it began as a tourist resort in the beginning of the nineteenth century, and after the end of the wars, it is worth noting that it started its importance when the merchants visited it to meet their merchant ships after returning from their cruises, and Ras began Righteousness when families built huts of lakes and mats, and took the head of righteousness in the architectural development until it became modern in shape, and it is worth noting that the head of righteousness was that in the old days there was a center for fishermen residing on their homes in times of peace, and was transformed in times of war to a battlefield, and resides B Here are the military barracks.
Ras al-Bar witnessed a lot of development and reform, after meeting the opinions on the impossibility of remaining old in nature that contradicts urban development and progress in the modern era, so services and facilities were provided, and it became one of the most important tourist cities in Egypt, and tourism development plans were implemented and planned In the form of making it a resort that suits all categories and levels. 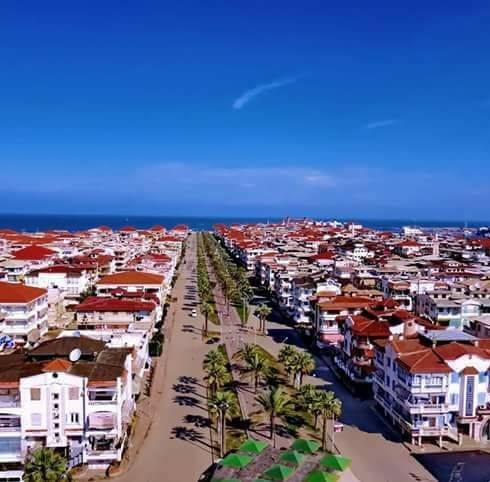 The road to Ras al-Barr 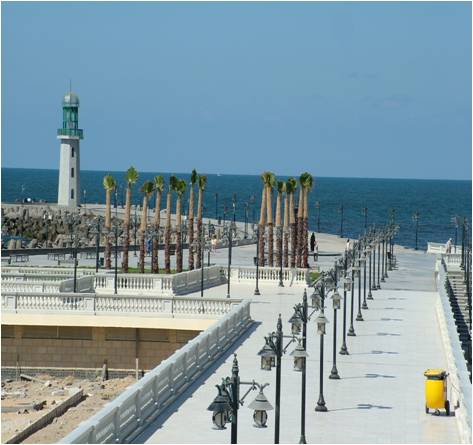 The most important beaches of Ras El Bar

Ras El Bar contains many beaches, hotels and recreational places, which made it the sight of many wishing to spend their summer vacations, or even for entertainment and fun in times of winter.
_ Palm Beach .
_ Families Beach, 109 Street.
Beach 51.
These beaches are distinguished by its distinguished location and distinguished services, and all the beaches of Ras El-Bar are affiliated to the Regional Authority for the Promotion of Tourism in Damietta, and the authority rents them to the private sector to provide services to visitors. 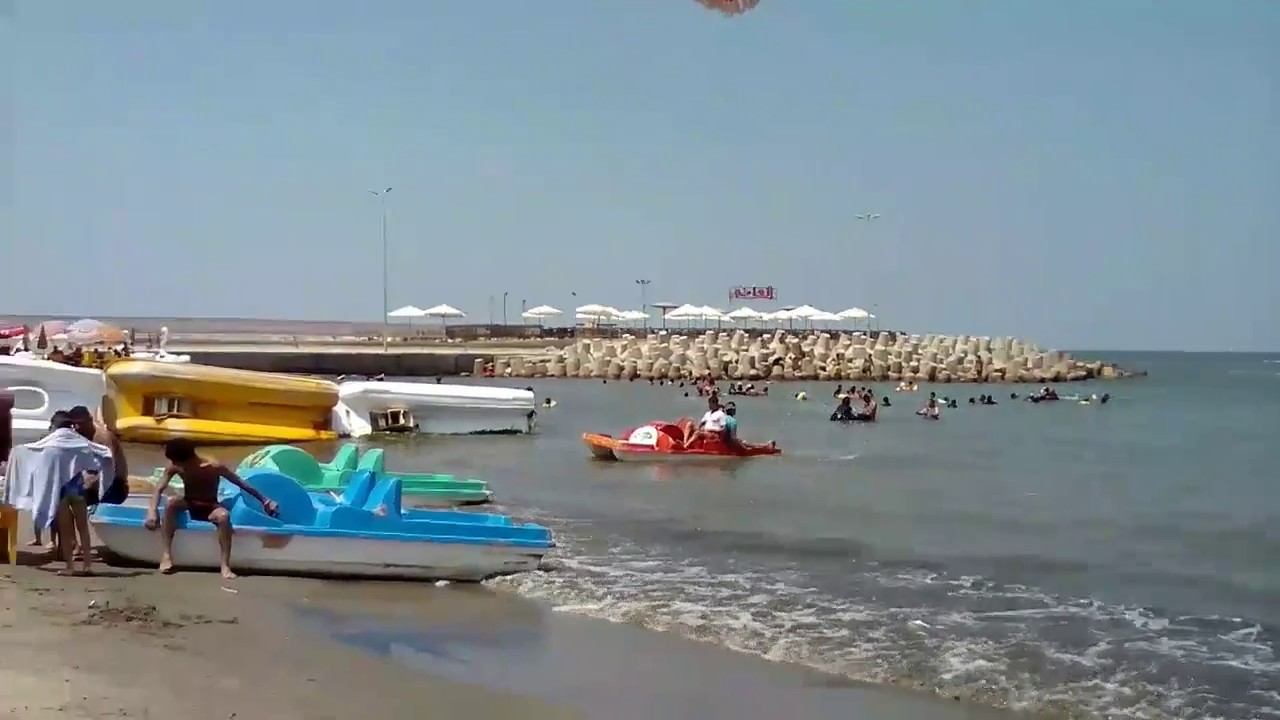 It extends along the coast from 18th Street to 107th Street and includes a coastal walkway of 2.50 km in length, about 10 meters in width, and includes a large number of beach services, restaurants and cafeterias.

The goal of the Gulf was to restore the beaches that are eroding them. It is worth noting that this region is characterized by calm and limited waves, which leads to the restoration of large parts of the eroded beaches. 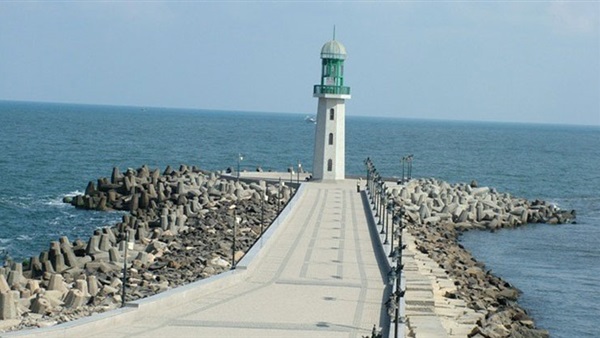 The tongue region is known as Ras al-Barr, and its importance is characterized by the convergence of the waters of the Mediterranean with the waters of the Nile, and the greatness of the Creator is evident in this matter.
The tongue area is one of the most important areas of Ras El Bar. It is a tourist walkway located on the east coast of Ras El Bar Resort. It has been reinforced with barriers to protect the beaches from erosion. The tongue area is the most beautiful for walks at night.
It is worth noting that the tongue area has witnessed a lot of development work and many shops, cafeterias and restaurants have been established at the foot of the walkway.
A stage theater has been established on the right side of the tongue area in order to present concerts and art shows, in addition to the sound and light project that tells about the history of Damietta and Ras al-Barr. 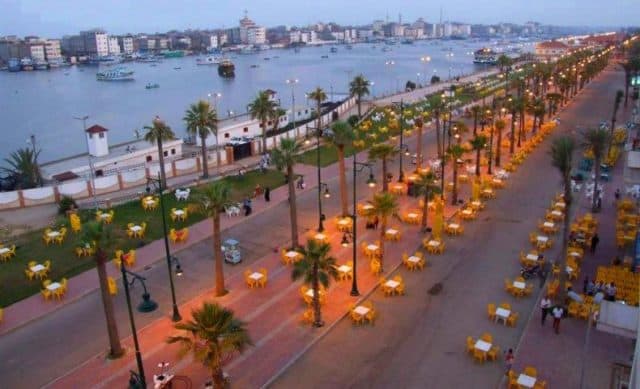 The Nile Street has witnessed a series of developments and is an important walkway that contains a large number of hotels, casinos, restaurants and shops. The Nile Street directly overlooks the Nile River and between them is a Corniche that was developed, modernized and provided with the necessary lighting.

Development projects in the tongue area included the establishment of an international hotel, consisting of five floors, all of which rooms overlook either the Nile or the Mediterranean Sea, and the hotel contains a number of swimming pools, restaurants and halls, and all services are available, and it is worth mentioning that the eastern bank of the river was developed The Nile (the city of Izbat Al-Burj) commensurate with the development taking place in the tongue area and the modern architectural systems of the hotel.

This region is of a therapeutic nature that distinguishes it from the rest of the regions and is famous for its dry sand that contains thorium, which treats rheumatic diseases, and it has many casinos overlooking the Nile River, and it is frequented by Nile swimming lovers. 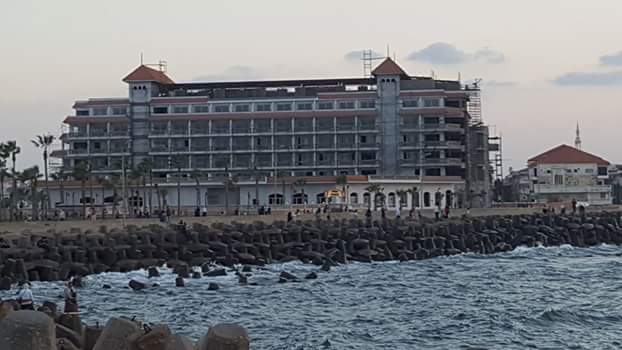 The village of Ras al-Bar Zaman 1

This village was established on 109th Street and was designed in the old style of Ras El Bar, which was characterized by privacy as it separates each housing unit from the other four roads and the units directly overlooking the beach, and the opposite road to the cars, there is no intersection with the movement of pedestrians. The village is surrounded by a fence separating it from the inconvenience factors, which allows privacy and tranquility for the region’s pioneers and residents.

The village of Ras al-Bar Zaman 2

This village is characterized by its calmness and it is like its predecessor Ras Al Bar Zaman 1 village, it contains housing units between each unit and her sister four roads and has swimming pools and seating areas.

Port Said Street has witnessed a great development where the movement of pedestrians was separated from the movement of cars with green areas. Port Said Street starts from the entrance of Ras El Bar to the tongue area, which is a single path and is a major erasure of the pedestrian movement in Ras El Bar, which is the third axis after the Nile Corniche and the seashore, and the most important characteristic of green Dense and palm trees. 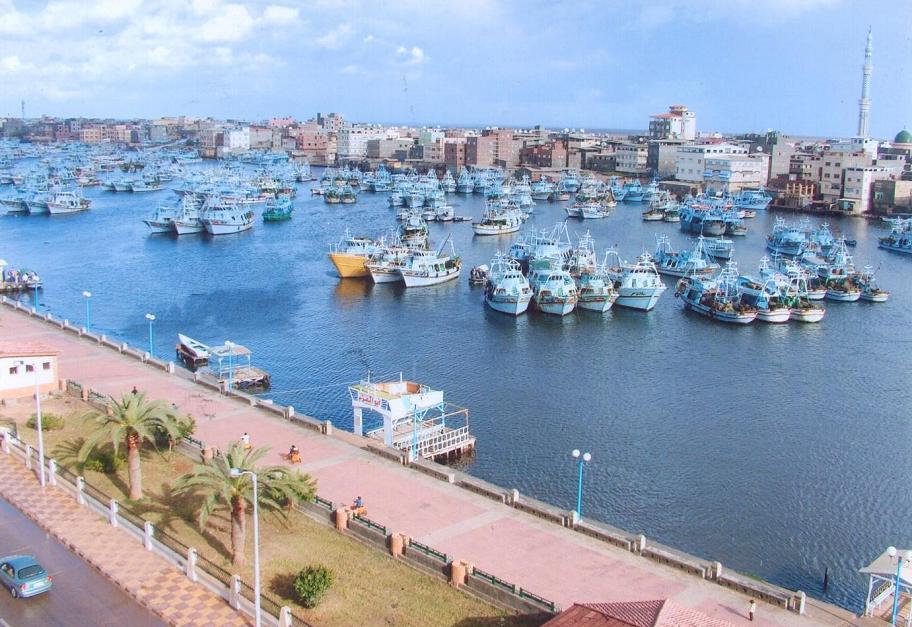 The most important recreational areas in Ras El Bar

Tour of the Museum of Islamic Art, the largest museum in the world