Cheap Arabic restaurants in Paris .. Get to know them!

You cannot leave Paris without enjoying one of its main attractions; food. The capital includes a large number of restaurants, from different cultures, and countries with different prices. Arab restaurants have a large share of that, in particular; Moroccan, Tunisian, Algerian, and Lebanese. In order to enjoy this diversity, we monitor for you the best, and most suitable for your budget.

Here is a group of the most important cheap Arab restaurants in Paris, France

The Blue Man restaurant is one of the most prominent cheap Arabic restaurants in Paris where it has a simple atmosphere and an intimate Moroccan Arab hospitality style so you always find it crowded. You can have a plate of couscous and grilled lamb, with marqaz sausage for eighteen euros. There is also a chicken dough for fifteen euros, and next to each one is served a dish of fresh vegetables, with lemon. What distinguishes its dishes is the carefully chosen type of meat, cooked in an excellent way, in addition to the sauce mixed with it, which gives it an authentic Moroccan flavor. 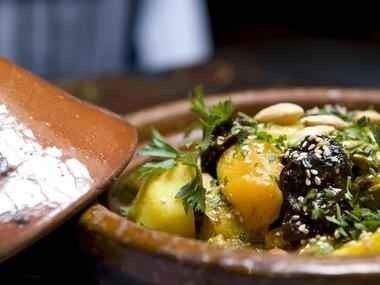 It may not look very much promising on the outside, but this small restaurant is one of the jewels of Paris that is very popular with tourists and locals. The Little Blue Restaurant offers the perfect couscous, for ten euros. This is in addition to the tajine dishes, grills and offers both of that with a large share; enough to satisfy you for a long time. So expect to wait a little longer for a table, or to take your food to eat anywhere you like. 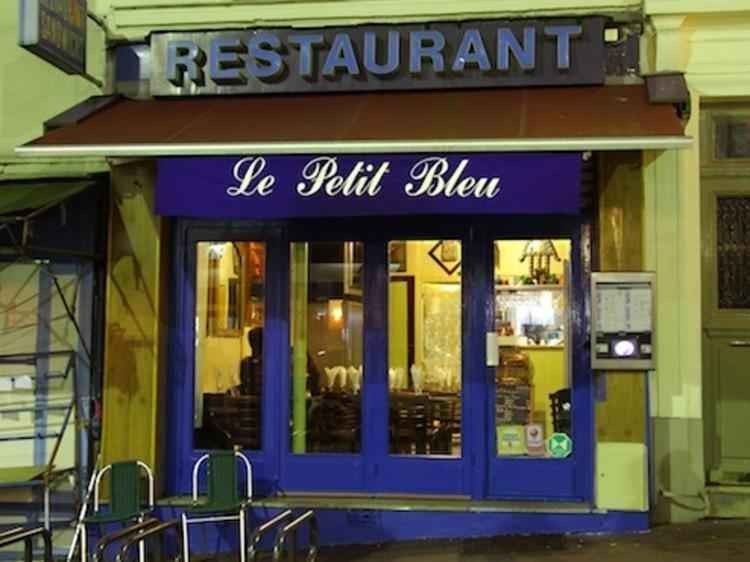 A cheap, family-run restaurant, with its own culinary style; it mixes French, English and Tunisian cuisine. The place has a pleasant design with bright colors filling every corner, wooden lamps, brass crafts, and some traditional accessories. As for the food carefully prepared It has fresh ingredients, with a cheap price of twelve euros. Turkey meat seasoned with citrus fruits, served with basmati rice from the tastiest of the served. There is also pepper stuffed with dried tomato sauce, in addition to the restaurant’s special dish; couscous with eight types of vegetables and dumplings for fourteen euros, so it is located among the best cheap Arab restaurants in Paris. 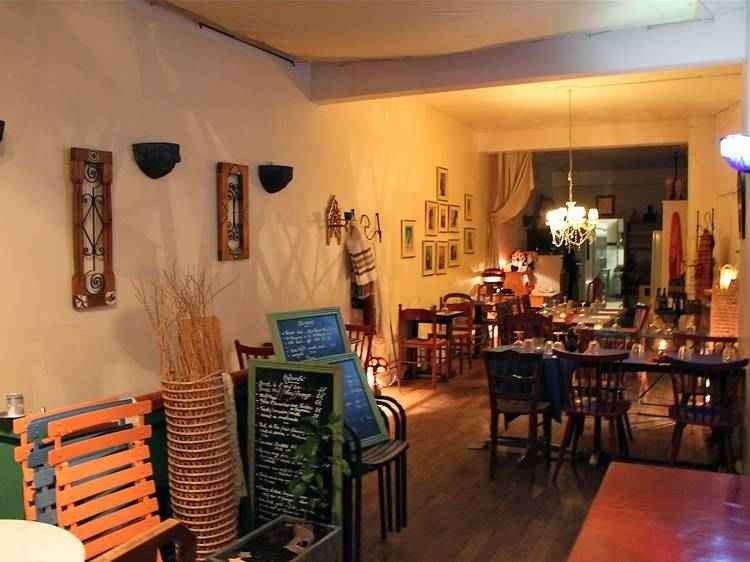 The Armenians played a big role in a number of Arab countries, especially the Levant, as they greatly influenced the kitchens of those countries, and the restaurant of the Armenian Culture House perfectly reflects this, making it more like a treasure than the treasures of the French capital. You will feel like you are in your home inside this friendly place, Full of happiness and love. The menu is full of classic delicacies; including; ravioli meat, spicy and smoked chicken, eggplant stuffed with veal with charcoal flavor, served with rice noodles, and a refreshing light salad. None of that for ten euros, which places him among the most prominent cheap restaurants in Paris. 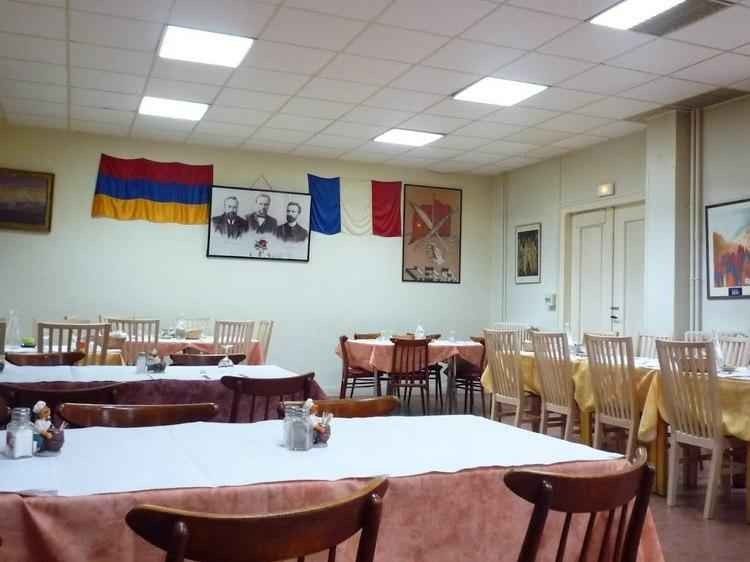 The Lisa restaurant reflects a side of the wonderful, unique food of contemporary Beirut. Its dishes are healthy and delicious, including lentil salad with fried onions and oranges. There are also kebabs, grilled halloumi cheese with apricots. For main dishes; lamb kebabs are spicy spinach, and rice is one of the best it has to offer. If you like a snack, there is plenty to choose from such as tabbouleh, fattoush and Baba Ghanouj. 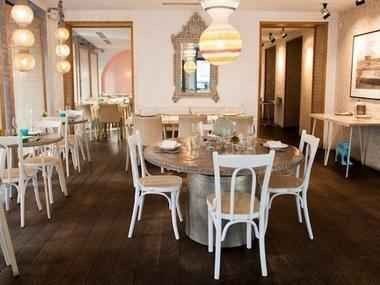 The Daily Syrian Restaurant is located among the most important cheap Arab restaurants in Paris, where it is characterized by serving delicious traditional Syrian dishes such as labnah, tabbouleh, kibbeh, etc. You can eat a huge sandwich of chickpeas, falafel, grilled eggplant, broccoli and potato chips for five euros. As for lovers Meat There is meat shawarma, chicken with lemon and garlic for five euros as well. 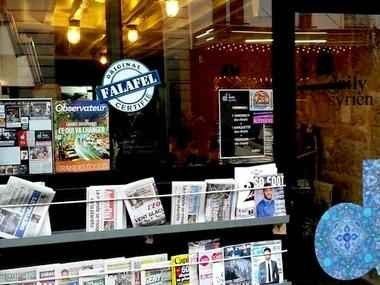 Another cheap restaurant that belongs to Lebanese cuisine, and enjoys a wonderful atmosphere with a balcony and a roof overlooking Notre Dame Cathedral. It features cheap Lebanese dishes, up to six euros. The staff are friendly and cheerful, so you won’t be bored. Ziryab is a great destination for a refreshing, enjoyable breakfast that begins with your guided tour. 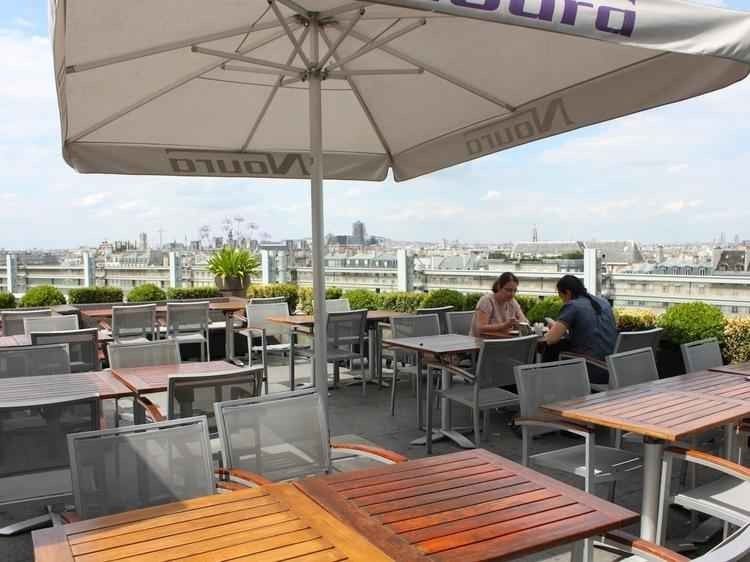 Tourism in Ahmedabad, India .. guarantees you to spend a unique trip in the most beautiful places of tourism in India