The cheap markets in Amman Jordan attract both low-income people in the Jordanian capital in search of popular markets that offer products at prices that suit their entry, in addition to some wealthy people who want to experience the pleasure of shopping, and when roaming in these markets, you get to know them through their luxury cars located on the side of the road, as it is It includes fixed and seasonal markets, which we will look at in this article.

The downtown area of ​​the Jordanian capital, Amman, is the commercial and economic center from the 20th century until the early 1980s, and it is the most populated area in all parts of the Kingdom due to the diversity of trade in it, and the area is surrounded by the citadel and hollow mountains which caused its pollution clearly, as it has suffered from Economic stagnation due to construction operations in 2000, which have not ended since then except for the transfer of the “Raghadan Complex” dedicated to servicing cars to the station, in addition to the rehabilitation operations in the Hashemite Square, which caused its closure for years, and finds in the region a group of cheap markets in Amman, Jordan, and the best known to know it: Al Salti Street, Al Salt Street, in the downtown area, contains a group of shops, cafes, repair shops, agencies, antiques, exchange shops and bazaars that attract a large number of foreign tourists, because it reflects the culture and history of the Jordanian people, as it contains some of the most prominent features, the most important of which is the Roman Amphitheater and Museum Roman history and the National Library of Amman. Read also: The best entertainment places for families in Amman, Jordan Sukariq Square, Sugar Market in the old Amman area, close to Al-Husseini Mosque, which was built by Caliph Othman bin Affan for the first time, and the history of building Market until 1957 AD to include 20 stores dedicated to selling perfumery and catering supplies, some of which are for the sale of fabrics, founded by 4 institutions: Noureddin Al-Masry; Haydar Arafat Trading Company; the Palestinian Commercial Company; Al-Kayyali Stores; and Muhammad Ali and Badi Darwazeh stores. The market is located in an area characterized by the spread of The alleys and distinctive old alleys, and merchants expand their trade, are no longer limited to legumes, nuts, spices and other food supplies, so you can buy delicious good fruits from the stands spread in the market, and it is considered one of the cheapest markets in Amman, Jordan. 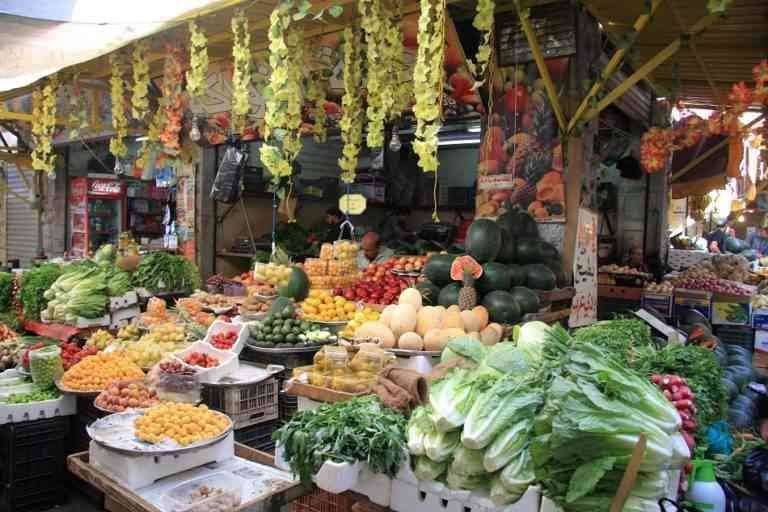 The Sugar Market – the cheap markets in Amman, JordanThe Bukhari market When you visit Amman and want to buy a handcrafted masterpiece, the Bukhari market is the most appropriate place for this task, as it provides hand-embroidered clothes, perfumes and accessories, strings, costs and traditional jewelry, and the Bukhari market is located on the opposite side of Al-Hussaini Mosque in the downtown area Amman, and it was named after immigrant Bukhari traders from Uzbekistan to Jordan, in a desire to reside in an Islamic country. The Bukhari market is distinguished by that it combines originality and modernity as it includes 23 shops that display their products in an artistic manner that may be imagined by some as an antique artistic masterpiece, It contains products that are difficult to find elsewhere. 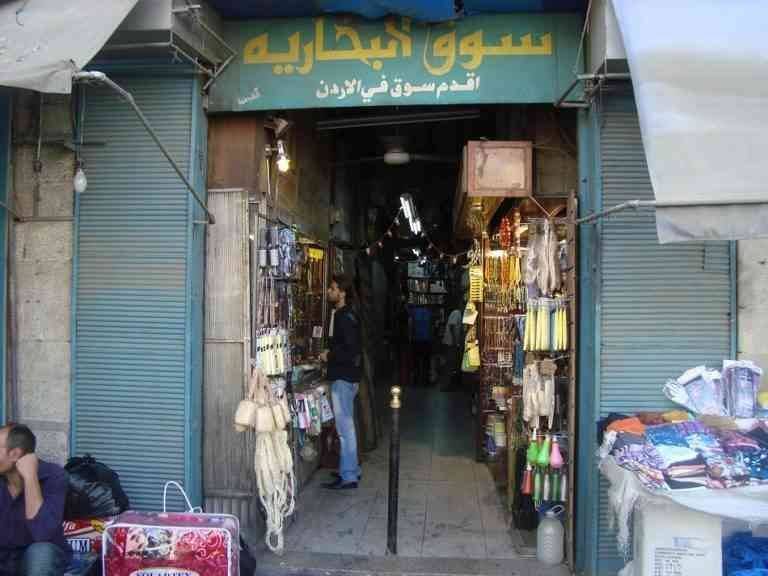 Al Bukhariah Market – Cheap Markets in Amman Jordan. The goldsmith or golden market. The gold market in Amman is famous for its competitive prices and you can buy gifts of gold and silver from there as it contains about 50 stores that contain all kinds of jewelry. Read also: The most beautiful entertainment places for children in Amman Jordan You find the halal market, which is the market dedicated to selling livestock, whether they are sheep or cows, and it is a seasonal market where traders used to gather on Monday and Thursday to offer their animals for sale, and the market was covered by the roof of the torrent. a An interview with the Al-Husseini Mosque and next to the Bukhari market, and this name was named after the Balbisi family, and the market is one of the city’s landmarks because it was established during the fifties of the last century, and includes a group of accessories stores, sewing materials and cosmetic tools. Friday Market is held in Al-Taliani Street in the downtown area every Friday Auction Publicly to sell birds, reptiles, foxes and dogs, from the early hours of dawn until noon prayer, and the market attracts the poor and the rich from animal husbandry, as it offers animal husbandry supplies such as accessories for birds, cages and decorations in addition to veterinary medicines and Feeding pills. The dogs section is the most popular, and its prices range from 30 dinars to 500 dinars, followed by the bird section that includes various types of pigeons and canaries. The price of the husband reaches 100 dinars, and their prices start from 7 dinars, and for the rest of the week the used clothes and cars are sold. The white public service on the Italian street. There are also several other markets in the downtown area, the vegetable market, the grain market, the Yemeni market, the Happiness Market, the Garden Building Market and the Antiques Market.

It is a popular neighborhood located close to the downtown area in eastern Amman and finds a large market and includes a group of popular cafes and restaurants and is one of the cheapest markets in Amman, and you can reach it by using the taxi “taxi” or public transportation as it has public services such as banks, medical services and shops Selling vegetables and fruits.

Rainbow Street is a long street in which you find many popular products in Jordan, such as gifts, souvenirs and antiques. It is one of the most attractive streets for visitors to Jordan to distinguish and uniquely its exhibits. The street is located in Jabal Al-Weibdeh area or as it was known in the past as “old Amman” and one of its most famous stores is “House City” It is a store that allows you to prepare your own meal and eat it after the completion, which is a unique experience that attracts cooking enthusiasts and learners. Read also: The best tourist places in Jordan for families

Jarra Market is one of the seasonal markets in Amman that starts annually from the first Friday of May to the last Friday of October, and it is a heritage market interested in folklore, plastic arts and folklore, and it displays accessories and handicrafts and includes a lyric theater for folk parties, as well as an oriental cafe and children’s area. 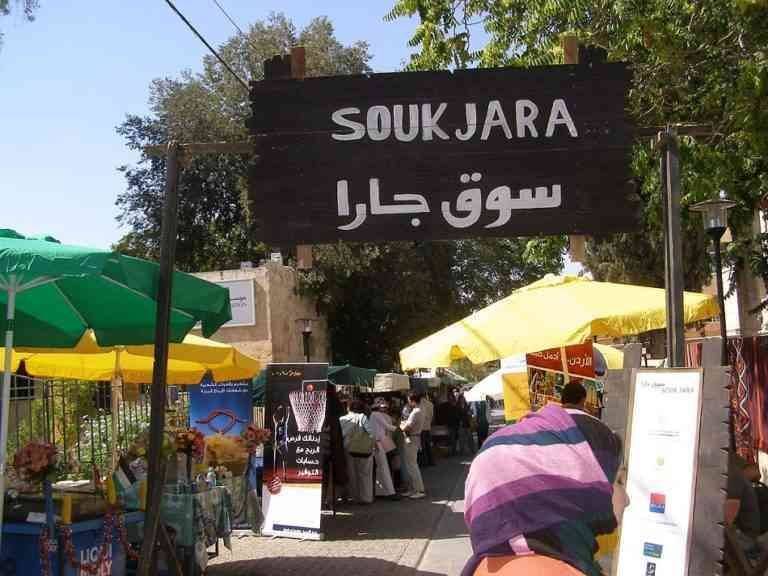