There are many popular markets in Cairo, each of which specializes in selling a specific commodity that suits the needs of the Egyptian family at prices that suit the middle and poor classes. In this article, we will learn about the cheap markets in Cairo and their products that suit all tastes.

Ataba market is considered the largest market in all parts of Egypt, especially that it is located in the downtown area and is easily accessible through the subway or public transportation, and it is visited daily by thousands of residents of Cairo and other governorates, as well as wholesalers, it is the first destination for them. The region is famous for being the largest A market for shoes, clothes, toys and bags, and the trade volume in the region has reached billions of pounds, although it is the cheapest market in Cairo, and next to it there is a bathroom market that was established about 700 years ago, and it is dedicated to selling all the requirements of brides, including clothes, perfumes, cosmetics and shoes. H.

Abdulaziz Street is located in the downtown area and close to the threshold, and it is distinguished as the only gathering of all technology products starting from home appliances, computers, portable devices and accessories and a watch repair center, and merchants accept it because it is the largest commercial center for electrical appliances at the republic level, and it is managed according to old rules based on Customs and traditions developed by the big merchants at the time, and it is available for small merchants to rent the stalls and fountains available in front of the shops at prices up to 15 thousand pounds per month, equivalent to 1.8 thousand dollars, and individuals accept to buy their needs from Abdulaziz Street because it is characterized by a decrease Prices are relatively comparable to outdoor malls and agencies.

Next to the Al-Hussein Mosque there is one of the most famous and most important and thinner markets in the world and it is Khan Al-Khalili, which is one of the markets of tourist attractions not for the beauty of its exhibits that express the Egyptian and Islamic civilization and is located in one of the beautiful neighborhoods of old Cairo and enjoys the charming Islamic architecture that dates back to the Mamluk era, that is, more than about 600 In Khan Al-Khalili, the best souvenirs are available at prices that suit all individuals, as it includes carefully crafted and handcrafted antiques, in addition to handicrafts, antiques, metal crafts, heritage clothing and incense, and it has many popular cafes and restaurants, and it also attracts Visitors to view its exhibits, not for the purpose of purchasing only and taking souvenir photos, and has one of the most famous coffee shops in Cairo El Fishawy Café. 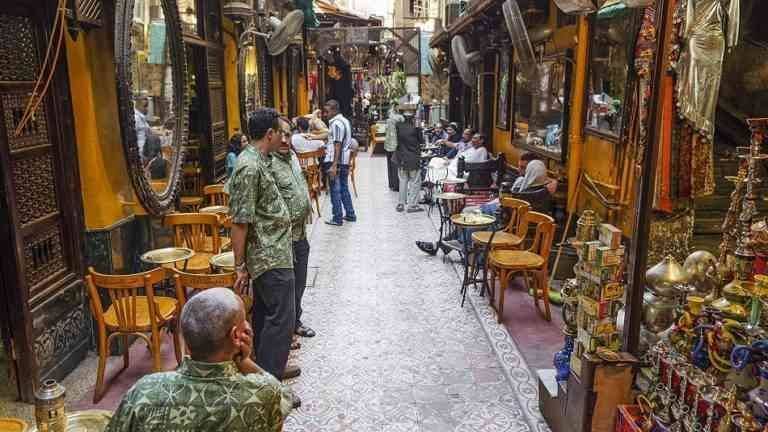 Al-Ghouriya Market is an extension of Al-Moez Al-Din Allah Fatimid Street, and it still retains its archaeological form since it was built in the Mamluk era. Specialized in selling all kinds of fabrics at almost low prices. 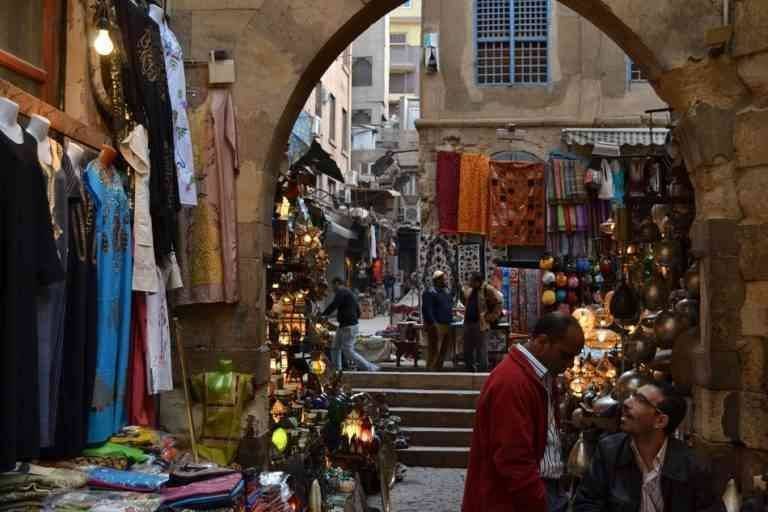 It is one of the most famous cheap markets in Cairo, and it is close to the Ataba region, and it provides a variety of commodities, and it branches into small markets in the adjacent streets, including a market for shoes, accessories, women’s clothing, toiletries, industrial flowers, furniture, household goods, perfumes, personal tools, spices, and another for children’s toys. 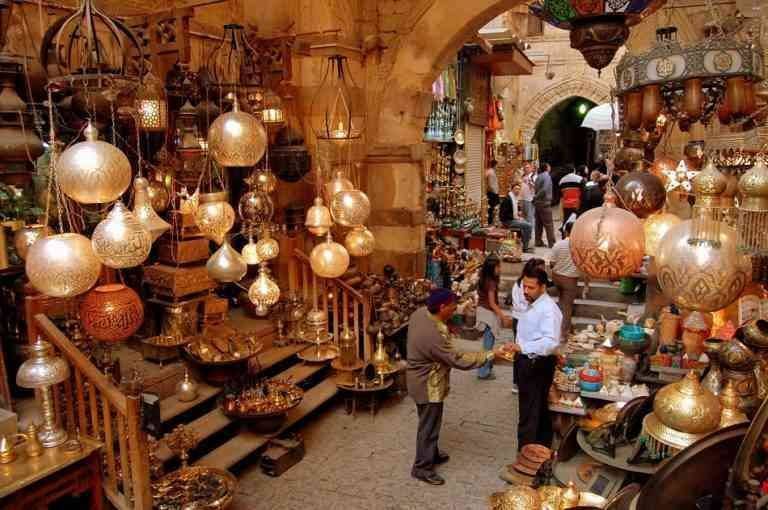 Al-Manasrah is located within the city of Cairo near Ramses Square, and the region is considered the most important cheap market in Cairo specialized in selling furniture and furnishings with the size of investments amounting to billions of pounds, as it is considered the first destination for those coming to marry middle-income and owners of residential units, and it was said that the shops in the region achieve gains High up to 5 million pounds every month, despite the simplicity of shops, the region and its streets, which only allow the passage of individuals, and the rate of gain is 40% of sales despite the low prices.

The city of El-Herafeyeen is 40 km away from Cairo, and it is intended for merchants and car owners from inside and outside Cairo as the largest market specialized in selling auto parts in Egypt, even if you are looking for rare spare parts you will find there, and it is known that selling there is through families meaning Every family specializing in the sale of spare parts for a specific brand, such as Hyundai and Kia, is considered the most profitable person working in the sale of German auto parts due to the increased offer of used spare parts for sale.

The Al Sagha area is one of the largest gold markets in all parts of Egypt, which is located near Al Moez Street for the religion of God, Fatimid in the archaeological area in Cairo and close to Al-Hussein, and includes the largest merchants, whose trade exceeds millions of pounds and the number of stores reaches about 90 goldsmiths decorated with Egyptian inscriptions Religious phrases and attract both tourists and Egyptians. 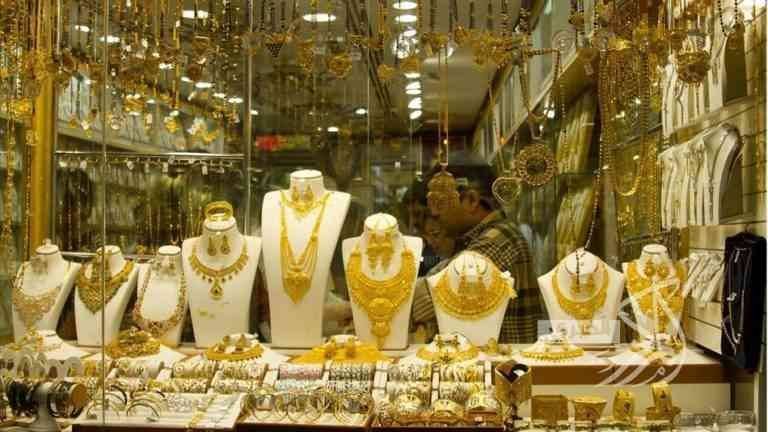 The goldsmiths – the cheap markets in Cairo

Slit area of ​​the tired

With investments of more than millions of pounds per type, the most important and prominent marble and granite merchants are located in the Middle East in the Shaq Al-Thu`ban region, which made it a kiss for marble traders from inside and outside Egypt, and it is also considered a source for Arab countries through the factories located there.

The agency area is considered one of the cheapest and most popular markets in Cairo, as it specializes in selling new used clothes and thousands of Egyptians flock to them daily, especially from simple families and the poor class due to the low prices, and the history of the region dates back to the 9th century AD, and is located on the Nile Corniche behind the radio and television building. Maspero ”It consists of small lanes scattered in various stores.

The transit market is the market for fruits, vegetables, fish and meat of all kinds, as it is located in the Nahda district of Cairo, the transit market that rides vegetable traders from all governorates until it is then distributed to retailers. 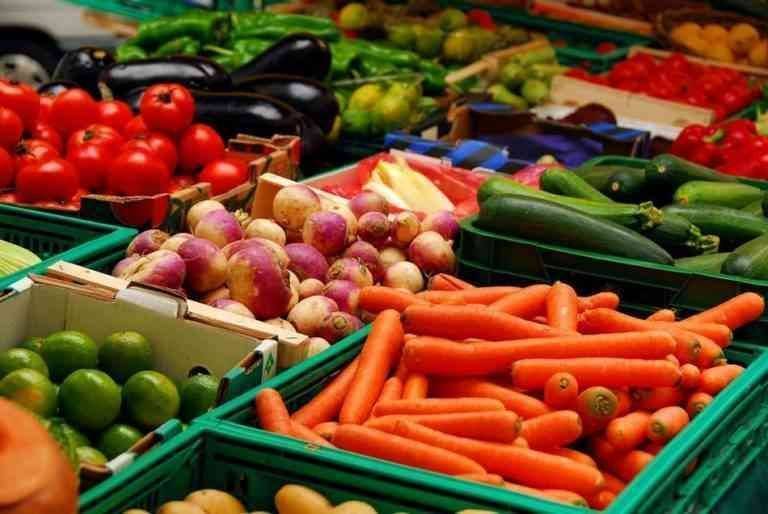 There in the aesthetic area lies the market of the hookah market, “Nargila”, which achieves the largest sales volume in all markets and attracts many tourists from Cairo lovers of different nationalities. A number of families are inherent in the area and therefore it is difficult to find a store for sale, but it is possible To find a place for rent, as its streets are narrow and only pedestrians pass through it.

The market of Imam Al-Shafi’i is divided into several small markets that extend for about 3 km, they are: a market for dogs and a market for cats and birds as well as a market for goods and second-hand clothes and traditional goods and shoes, and the market is located at the shrine of Imam Al-Shafi’i in the castle area and therefore he was named in his name, and sellers come to him every Friday every week To display their different merchandise on the tombstones in the place.

It is considered a tourist destination for students of science and intellectuals of different ages and cultures, as it displays the various used and new books at the cheapest prices and is famous for providing rare old books. 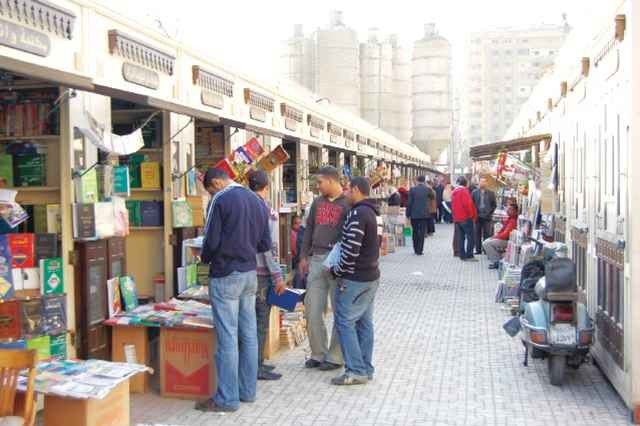 Cheap markets in Turkey Stock Exchange .. And your guide to get the best prices and materials