Cheap markets in Mecca .. Get to know them

In an exceptional city that is not like all cities in terms of being a religious kiss for Muslims, visited by millions of pilgrims every year, Mecca has become one of the most abundant cities in the number of large stores and malls, and those markets range between quality and price, and we will discuss in this article the cheap markets in Mecca. 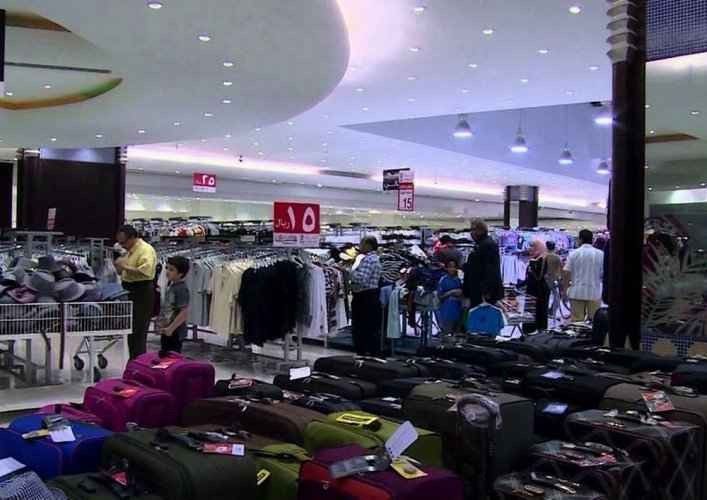 Al-Otaibi Central MarketShopping in one of the oldest and most popular markets in Mecca, the commercial mobility, where the sweetness of the past and immortal memories, despite the increase in new luxury markets, Al-Otaibi Central Market still maintains its position as one of the best cheap markets in Mecca, which is a very important feature in light of the high prices and greed Merchants, Al-Otaibi Market is located in Al-Hujun Street, and is not more than 3 km from the Holy Mosque. The Otaiba Market is located on an area of ​​2 million meters and is characterized by the fact that it contains a very large number and a variety of stores that have reached more than two thousand stores between ready-made women’s clothing stores, gowns and shops tailor Wedding dresses, stores, household utensils, kitchen utensils and haberdashery, perfumery stores, musk and incense stores, fabric stores, watches, bags, shoes, and all the necessities of the family and pilgrims as souvenirs after the Hajj. Gold stores and rare fabrics are also widespread because most of the stores are unique in their own hand-made decorations that are designed and made by It is rarely found anywhere. Read also: The best Mecca hotels near the Haram 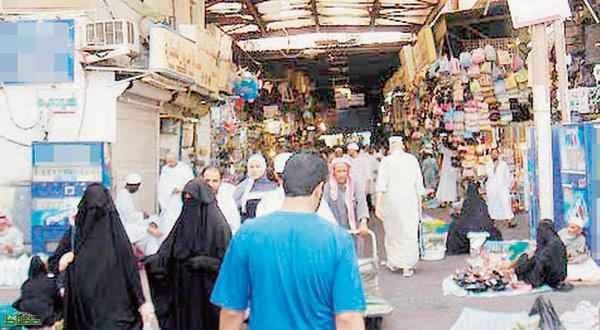 The night market smells of history and originality, one of the most famous markets of ancient Makkah. It is located in the northeast of the Sacred Mosque in the opposite side of the gates of the endeavor, and it is considered one of the most acceptable markets in terms of price. Distinguished with its smart aroma, money exchange shops, prayer shops, and precious stones that pilgrims jostle with, especially as souvenirs from Mecca and a number of stores selling toys and cold drinks shops, all of that in addition to a large number of specialized and varied restaurants that offer delicious cuisine From all Arab countries with original flavors. 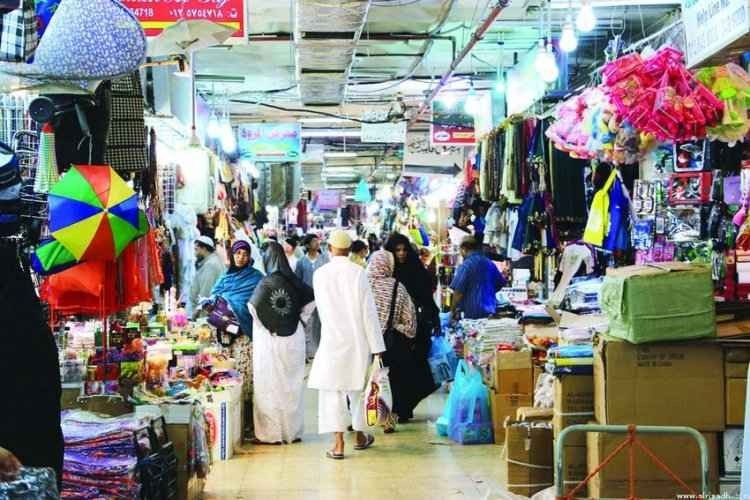 The pilgrims tour in Al-Azizia Market to purchase the medium-income gifts For citizens and pilgrims, the Aziziyah Market is one of the cheapest markets in Mecca that includes many distinctive restaurants such as Al-Tazaj and Al-Baik, and a number of Arab restaurants specialized in Arabic food with its distinct flavors. You can get a complete trip from shopping, fun and eating the most delicious foods. Read also: Jeddah’s cheap shopping for abayas .. The finest tastes and models at the lowest prices 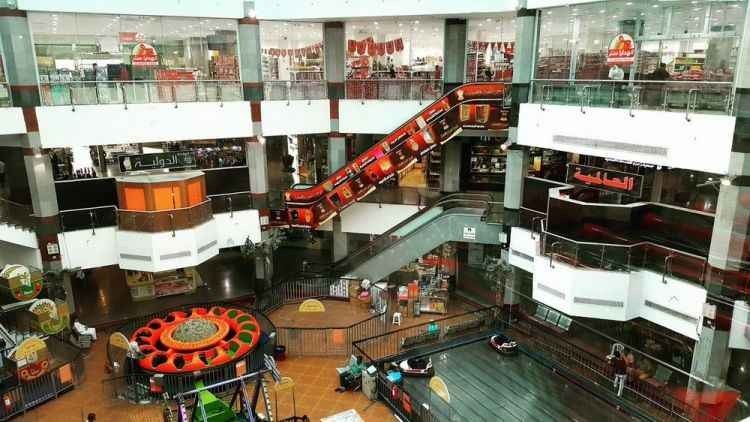 The Al Majaz Market, where the luxury of design is one of the modern markets that was recently opened in the Aziziyah neighborhood near the Peace Market and the Aziziyah Market, and this market has been called the “Al Majaz” because in which pilgrims are promoted to Arafat and is located at a distance of three miles from Arafat Mountain, the Hijaz Market is distinguished As it combines novelty in design and acceptable prices, it is one of the cheapest markets in Mecca, and it includes many shops selling fabrics, clothes, shoes, perfumes and cosmetics, and it contains international brands such as The Body Shop, Naomi, Mango, Nectar, Mikyajy, Valfree, Fashionable Dress, Lamp, Twila, Miral and Gold Shops And others, in addition to a number of delicious restaurants. 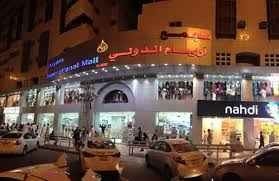 Aryam International Complex, one of the largest integrated commercial malls, which is characterized by being noisy and not crowded, which provides you with a quiet and comfortable shopping experience and is characterized by its cheap prices due to the quality of what it offers, Aryam International Complex is located in the Northern Azizia public street next to Al Nahdi Pharmacy and includes all the needs of the shopper for gifts and perfumes The best high-end models in women’s and men’s clothing, children’s clothing, furnishings, shoes, bags and household utensils. 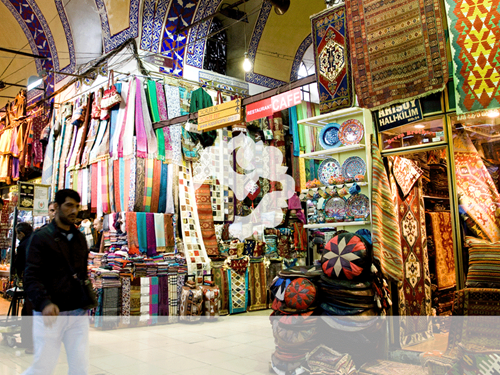 The finest types of leather and furnishings Enjoy purchasing the best types of fabrics, leather and textiles in one of the most famous and best markets of ancient Makkah, which is a distinctive commercial interface for pilgrims and the people of Mecca as it is located in the main entrance towards Yemen to the city of Mecca, the market includes a number of stores selling electrical tools, perfumes and stores selling home appliances and electrical appliances It is distinguished by its attractive prices for shoppers, as it is one of the cheapest markets in Mecca. Read also: Jeddah’s cheap malls .. The best products at prices that suit all budgets.

It is a distinguished and crowded place where many pilgrims visit it because it contains distinctive shops for selling carpets, rugs and home furniture, and it is one of the most important markets in Mecca, and the demand for it increases every year due to its attractive prices, it is one of the cheapest markets in Mecca in addition to the quality and excellence of its products. 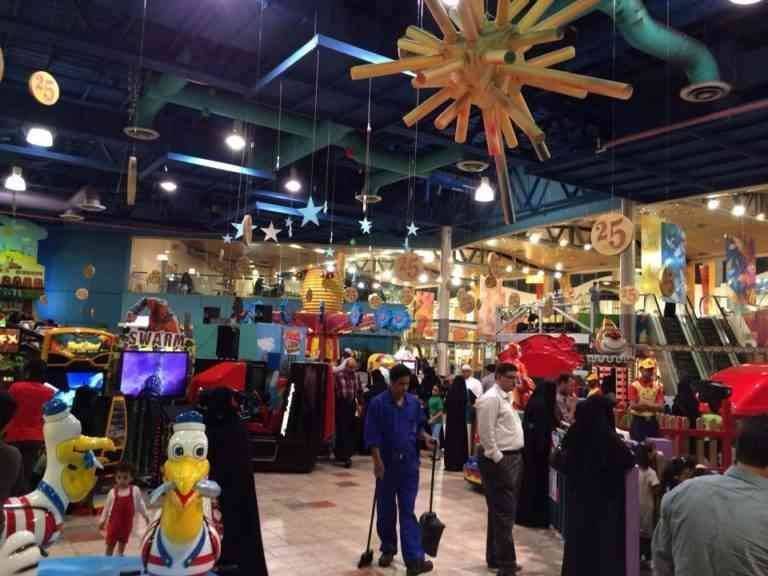 The entertainment center for children with hospitality is a unique shopping experience, in which the modern mall is designed with a modern architectural style that includes in addition to the shops, sessions divided between family sessions, women’s sessions and youth sessions, despite the fact that the mall combines luxury and modernity, but its prices are acceptable and suitable for most of the people of Mecca and pilgrims It includes a number of stores that contain international brands such as Mikyajy, Ebony, oxygen, CK and women’s and men’s clothing stores, perfume and shoe stores, bags and children’s clothing, the mall is characterized by being air-conditioned and has escalators and also includes a children’s play village that is An entertainment center that includes a diverse number of individual and electronic games, which makes it a distinguished destination for family shopping with children. Read also: Cheap popular markets in Jeddah .. where the fragrant history and originality of the past 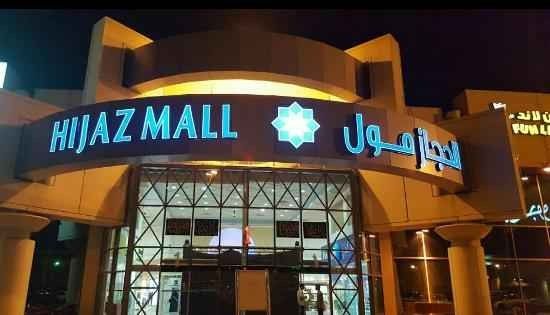 The Hijaz market is a distinct and tidy place for shopping where modern design facilitates the movement of buying and selling so the market consists of three floors, the second floor includes shops dedicated to selling toys and a restaurant for families, as for clothing stores, distinctive international brands, gold stores, dresses and cosmetics are located on the ground floor, as for the floor The first includes clothing stores also in addition to the Jarir Bookstore, which is one of the largest libraries in the Western Region.

Cheap markets in Beirut … the best materials and prices to suit all budgets.

The best tourist places in Jordan for families