Cheap markets in Tunisia … and your comprehensive guide to shopping in green Tunisia at the lowest cost ..

Cheap markets in Tunisia .. Tunisia has many popular markets that offer the best products at the lowest prices, and Arab travelers provide you with a list of the best of these markets.

To you .. the cheapest market in Tunisia .. 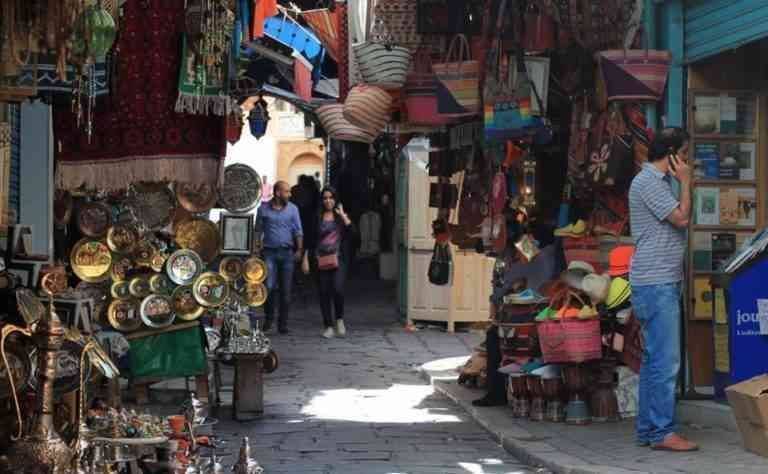 – “Al-Bai market” .. It is considered the oldest market in the ancient city of Tunisia. Its age exceeded two centuries, as it was established in 1813 AD by Hammouda Pasha. Next to Dar Al-Bay in the Kasbah, there is a “government palace.” The market provides many products, especially carpets and silk stores in addition to gold. Jewelry, antiques, ivory and precious metals. You can also buy souvenirs from it and next to it is the “Al Baraka” market, which is an extension of it and is also one of the oldest markets in Tunisia, as it was dedicated to the slave trade in the seventeenth century AD, but this trade was stopped since 1846 AD Now the market provides For his visitors, I value goods from essence It has gold, precious metals. Also read: Tourism in Tunis … a trip to the “antique” city, the most beautiful green city of Tunisia … 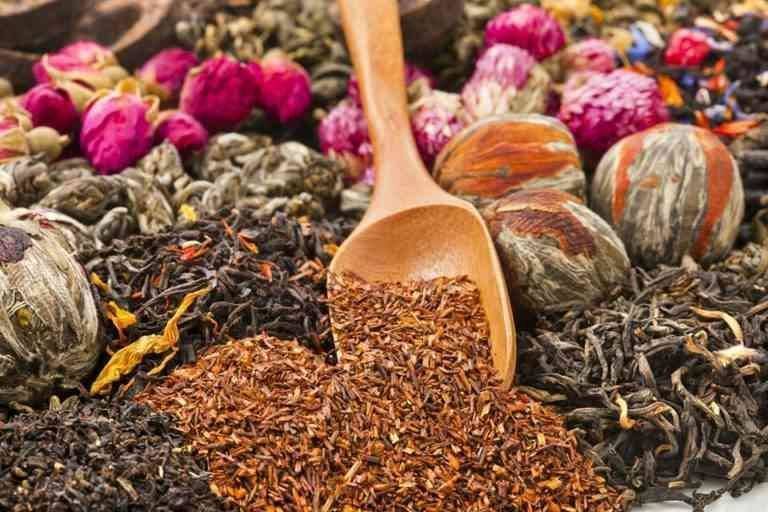 – The “Attarin” market .. Dear tourist, if you want to shop at the cheapest prices and at the same time you see the most beautiful tourist attractions, we advise you to go to the “Attarin” market, as it is one of the oldest markets in Tunisia, where its establishment dates back to the thirteenth century at the hands of Abu Zakaria I, the founder of the Hafsid state And it has the most important tourist attractions such as the Zaytuna Mosque and the National Book House, through which you can buy the finest perfumes, henna, bridal supplies, roses, jasmine, ebony, spices, and amber, as well as several markets such as the Turkish market, Fakkah and Al-Balajia. 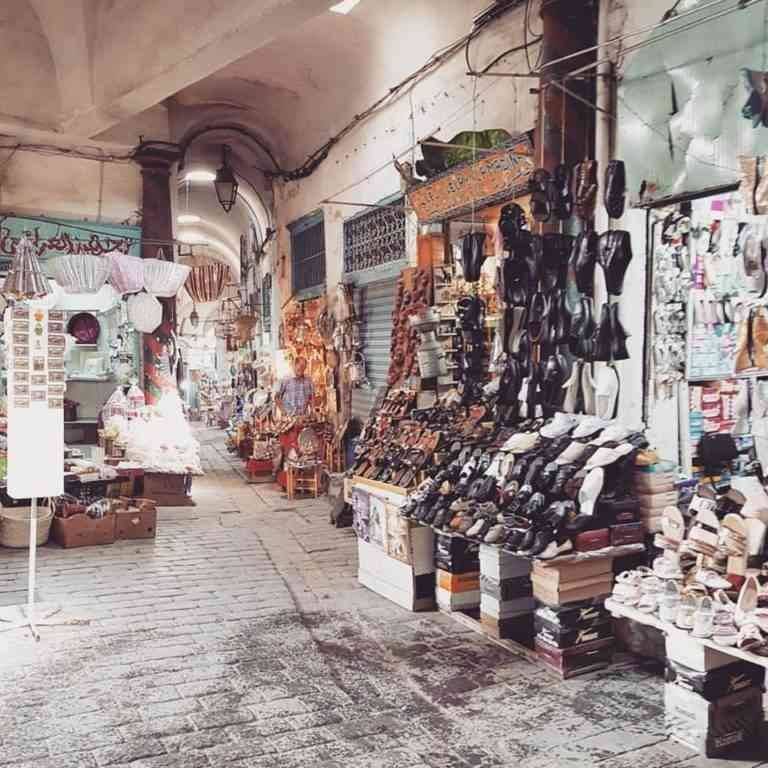 – The “Al-Balaghija” market .. It is one of the oldest popular markets in Tunisia and its history dates back to the seventeenth century. There is between the Kasbah approach and the perfumery market and is famous for the manufacture of rhetoric or kandara, which means regular shoes. Until now, this market is famous for the manufacture of shoes of various kinds, but they are contemporary shoes. Also read: Tourist places in Tunisia in the city of Sousse 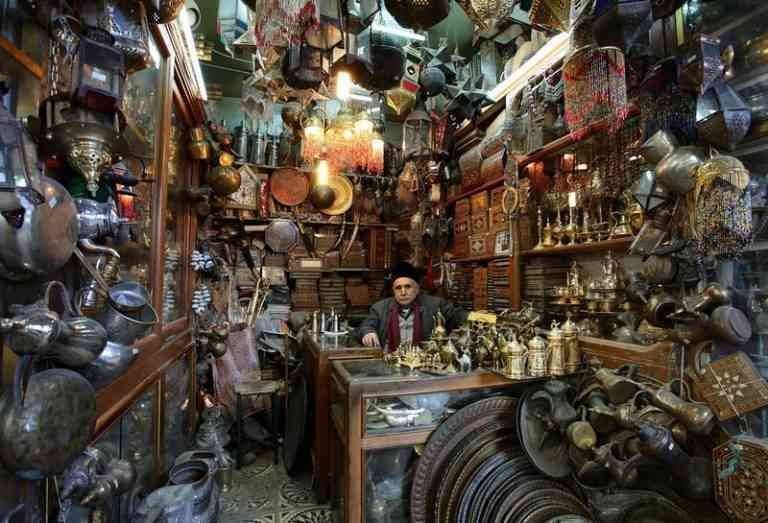 – “Al-Nahhasin” market .. It was called the Safarin market and it was established in the thirteenth century AD and it is specialized in making copper things like utensils and also its paints, so you can go to it to buy decorative copper gifts. 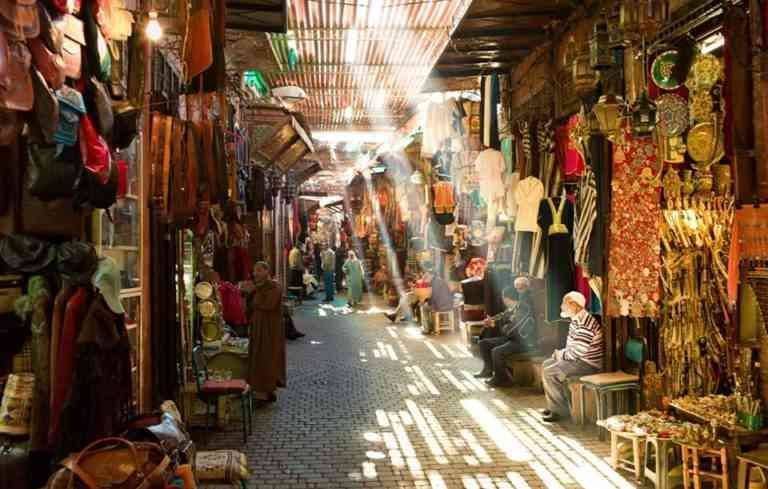 – “Al-Turk” market .. It was established in the seventeenth century AD and is famous for selling traditional Tunisian clothes such as Bernos Albay, trousers, bra, bra and jumpsuit and other clothes that reflect the beautiful Tunisian culture and near it there is the “Chawashin” market, which is a traditional traditional craft that dates back To the Andalusian civilization. 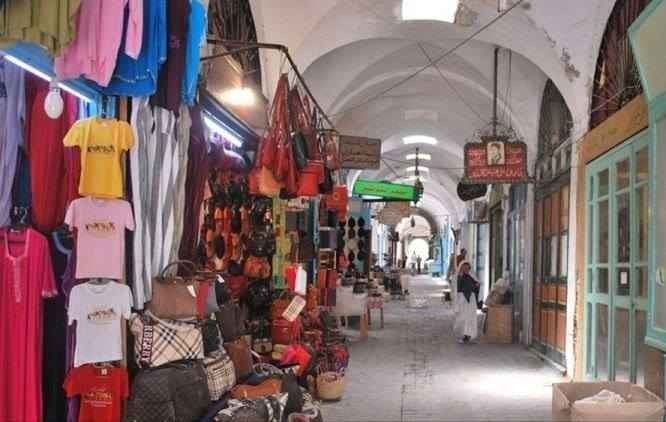 – The “cloth” market .. its foundation dates back to the twelfth century AD and is located next to the Zaytuna Mosque and is located in the main corridor that connects Bab Al-Suwaiqa and Bab al-Jazeera to the west of the Zaytuna Mosque as it is known as the textile market and it is one of the most famous markets for selling fabrics and selling products such as fabric made of linen Cotton, wool, leather and crafts, handicrafts, traditional crafts, fabrics, and beautiful decorative carpets. Read also: The cost of tourism in Tunisia .. Personal expenses are the main determinant of the cost 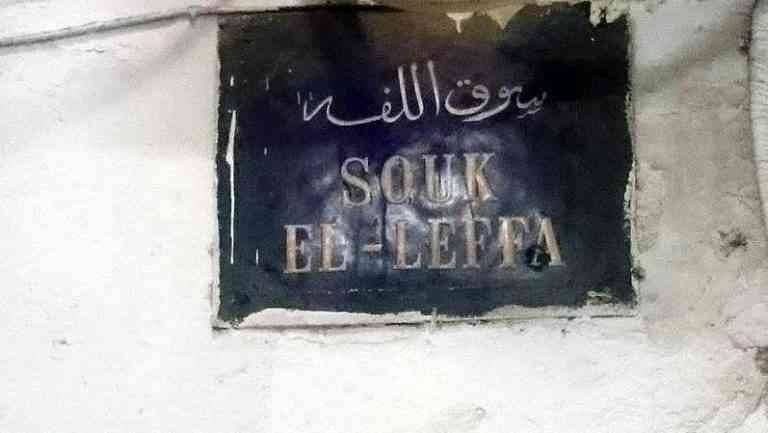 – The “lap” market .. In the center of the ancient city of Tunis next to the Zaytouna Mosque, it was created by Youssef Dai and you will find dear tourists in it the various woolen products and Alsafari, which is the traditional Tunisian dress that you can buy as a distinctive souvenir that reminds you to visit this beautiful country and the market of “Al-Sakagaen” Specialized in cosmetic leather saddles. 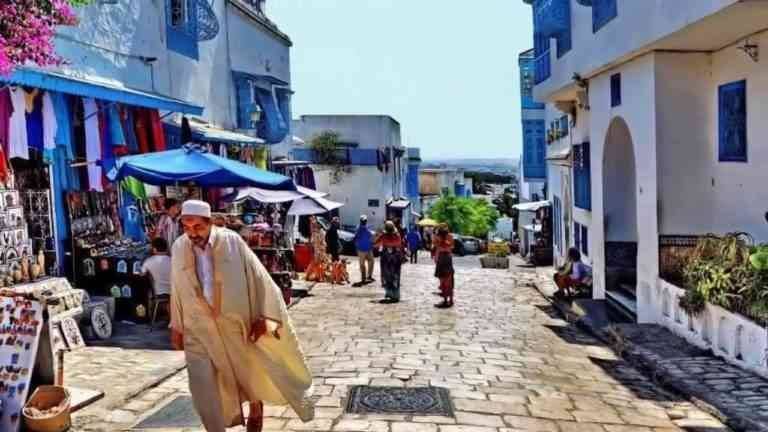 – The “new” market .. it has many products, it has different commercial activities and what distinguishes it is that it had a historical impact supervised by the construction of Hammouda Pasha in 1813 AD and it is part of a historical architectural complex consisting of a mosque, palace, sabil, school, bathroom and soil and it is near It is from the mosque of the owner of the character, so we advise you to go shopping in it because it is a market and an enriching landmark. The “Al-Murr” market is a daily market that sells all the daily necessities it needs, where all the goods are found.

– The cheapest markets in Tunisia … the “two” market 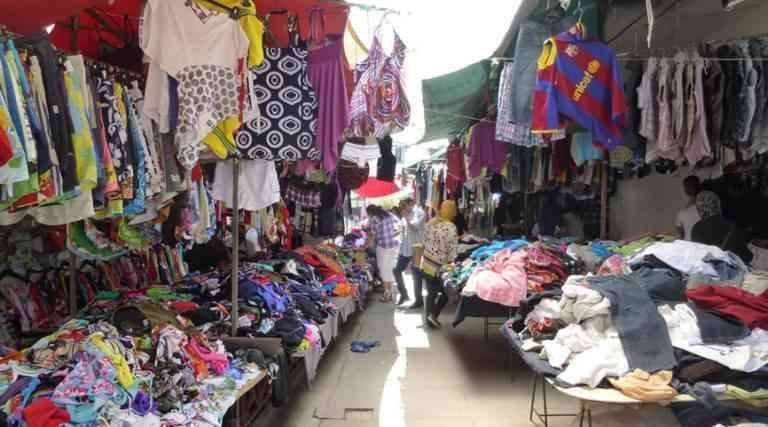 – The cheapest market in Tunisia .. The “Monday” market is one of the most famous markets in Tunisia. The Monday is held every week and is characterized by the availability of all types of products in it. It is filled with foreign merchants from all over the world to sell their goods such as clothes, incense, blankets, bedspreads, roses, cosmetics. , Wax, shoes, bags, plastic utensils made from pottery and also products imported from China, especially electronics. Various foods are available such as vegetables, fruits, meat, salted fish, olives, honey, dates and legumes. Read also: Tourism in Tunisia in Hammamet

There is in the center of the antique capital next to the Mosque of Zaytuna and Qashshin, and it is famous for selling herbs, especially medicinal, so it is visited by many local residents of all groups, as well as tourists, and it is characterized that a part of it is covered and can be reached through the approach of the dyers. 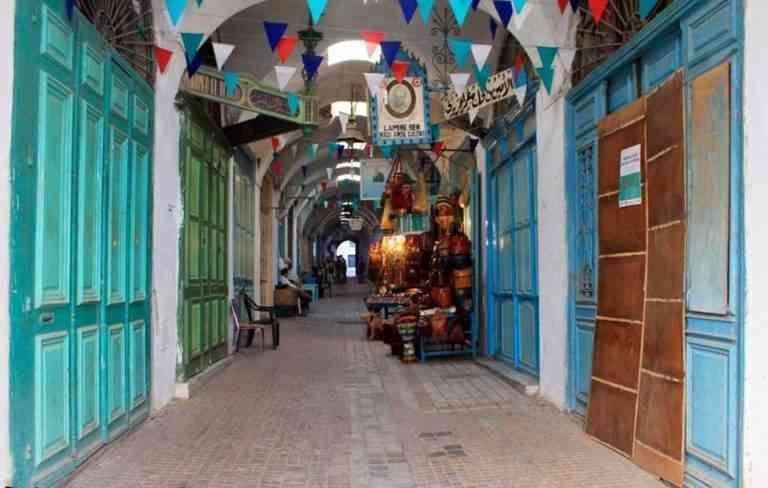 – “Sidi Boumedel” market .. If you love to buy imported products but at cheap prices, you should definitely visit the “Sidi Boumendil” market, one of the popular markets in Tunisia. It is specialized in trading imported products from China and East Asian countries, so you will find all your needs from imported things and the market extends From Bashir Square to the Barzali Square, ending with the approach of Spain and the River of the Comesions.

One of the markets of the ancient city of Tunis, which specializes in the manufacture and sale of traditional clothes. There are parallel to the Baraka market and close to the Turkish market and the market of skiers.

It was established in the Hafsid era, this name is called because it was active in the bookstore trade due to its presence near the Zaytuna Mosque, which in turn was the center of the Olive University and in the past it was called the Tayebin Market where flowers were sold and perfumes were manufactured and until now beautiful roses are sold .

Cheap markets in Cape Town … and your guide to take advantage of cheap prices for popular markets ..