The most beautiful palaces and castles in the United Kingdom

Learn about the most famous products and food in Spain

There is a mosque in Cordoba in Spain, it is one of the most famous historical mosques and monuments that are visited by Muslim tourists in particular, and in fact it was built to be a mosque, but after the passage of time and the occurrence of wars and the declaration of Spain as a Christian state has been converted into a church A Christian cathedral, inside it contains a large number of giant columns, which have different forms, as well as a group of picturesque arches and arches, which give the mosque prestige and luster. 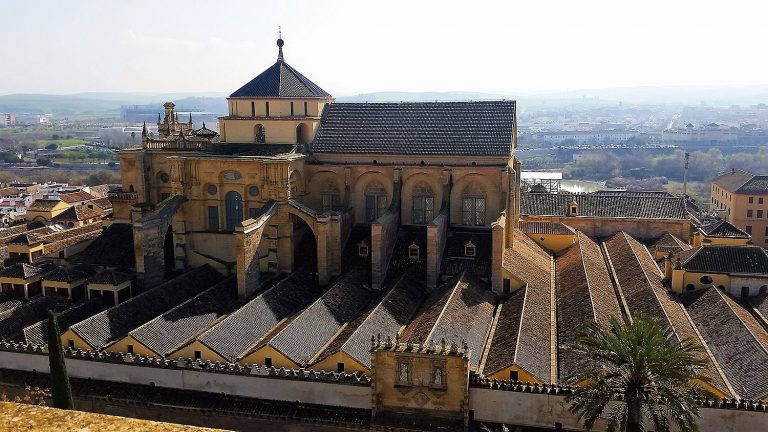 The date of construction of the mosque
It is worth noting that the Mosque of Cordoba was built in the year 784AD, and that was in the period when Muslims took over the rule of Spain after Muslims conquered the city, as this place was the largest gathering of churches in the entire country of Spain, as it was one of the largest and most beautiful Islamic tourist attractions Located in Spain, but after the Arabs were defeated before the Christians in the city of Andalusia, a large church was built inside this mosque, and this mosque has become an actual church, and that since 1520 AD.

Read:Tourist places in Barcelona for children .. fun for you and your children 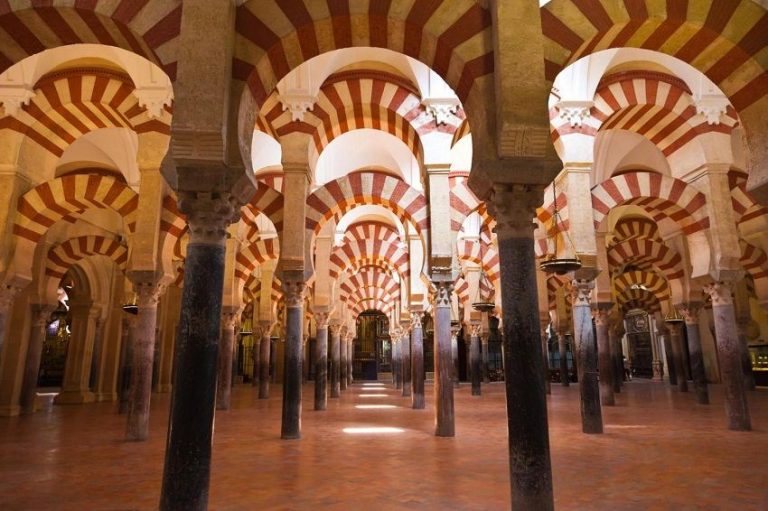 The shape of the Cordoba Mosque
Although this mosque was built during the era of Muslims, it is very similar in the same design and construction, with many Christian cathedrals in Spain, but it also has an Islamic character in its aspects and columns, it has been added many decorations It is derived from the Arabic language, and has many picturesque decorations inspired by the Byzantine architectural civilization, and a mixture of Persian and Gothic architecture as well.
And this mosque is distinguished for its interior containing the picturesque mihrab area, where the decorations are inspired by the seashells that fill the roof of the mihrab, and this roof has been designed in the way of mosaics, and it also used this method to decorate the walls and marble columns that were made to be a block One.
Although this mosque has now become a Christian cathedral, it still retains the Islamic character in its walls, especially in the mihrab, which was designed and decorated using plaster and was once famous for its construction and decoration in many Islamic installations and mosques around the world.
The nave of the mosque
And one of the most beautiful areas in the mosque of Cordoba is the nave of the mosque, which is characterized by containing many Quranic verses, religious words and supplications in Arabic, and this place is always photographed and displayed in all propaganda posters that are displayed in order to stimulate tourism To visit this mosque, the columns in the courtyard of the mosque are distinguished by their white and red color, as they were the property of the ancient Romen temple, and they were used in the construction of this mosque at the time of its construction.
It is worth noting that these columns in the courtyard of the mosque number about one thousand two hundred and ninety and three decorated columns, and they were all made of many different building materials, which include marble, green gemstones, granite and agate But with time and exposure to the factors of time and wars, the number has now reached eight hundred and fifty-six decorated columns only inside the courtyard of the mosque.

Read:Tourist places in Barcelona for children .. fun for you and your children
Previous post

Explaining how to travel to Angeles City

Where is China located and how to travel to China

Report on the Platinum Hotel Muscat

Best tourist activities during a trip to Chicago!

The best tourist places in Beirut