The Jordanian people are an educated people and keen on public culture, and the establishment of museums, galleries and artistic and cultural events, along with the various and numerous theaters, and this matter has made cultural tourism in Jordan important and valuable among Arab countries.

The places where cultural events are held in Jordan vary, and events that are held periodically in Jordan that attract tourists interested in culture to it from all over the world are varied, and the most important places where cultural events are located are the Amphitheater, Castle Generation, and Forum Square, as many are held Among the important cultural activities in Jordan are the Shabib Festival for Culture and Arts, the Jerash Festival, the International Book Fair, and the ongoing handicraft and folk and cultural market.

There is a special interest in Jordan in museums, where the intellectuals and the Jordanian government are interested in establishing many museums. We do not find a Jordanian city free of museums. There are also many diverse museums in the capital, Amman, and the most important museums in Jordan are the main Jordan Museum, the National Museum of Fine Arts, and the Museum of Antiquities. Jordanian, Children’s Museum, Popular Fashion Museum, Umm Al Qais Archeology Museum, Umm Qais Archeology Museum, Dar Al Saraya Museum, Irbid Archeology Museum, Madaba Museum, Old Petra Museum, Heritage Story Museum, and Nabatra Petra Museum.

The successive civilizations that passed through Jordan left many great monuments, heritage and historical palaces that made Jordan an important historical and heritage place and one of the most important tourist and archaeological sites in the Arab world. Jordan is an open museum that includes many palaces and archaeological sites belonging to different civilizations and from these historical places .. Petra , And the effects of Jerash, Umm Qais, Madaba, Karak, Ajloun, Qusayr Amra, Umm Al-Rasas, Al-Shoubak Castle, Qasr Al-Abed, Al-Mashta, Al-Hallabat, Al-Harrana, Al-Rabee ‘, and others.

In addition to the historical monuments that Jordan and its civilization are distinguished, Jordan is located in a distinguished location between Mecca and Jerusalem, which made it a place for the presence of the prophets and companions, also characterized by the presence of mosques and an important group of religious monuments, there are many archaeological mosques and important religious places that Muslims and Christians visit, including the Museum of the Mosque King Abdullah I, the King Hussein Bin Talal Mosque, the Great Husseini Mosque, the Umayyad Mosque, the Baqaiya Tree, the shrines and shrines of the prophets and companions such as the shrine of the Prophet Ayoub and the shrine of the Prophet Shuaib, the location of the people of the cave located in the southeast in Amman, and the bath, And Mount Ninbo. 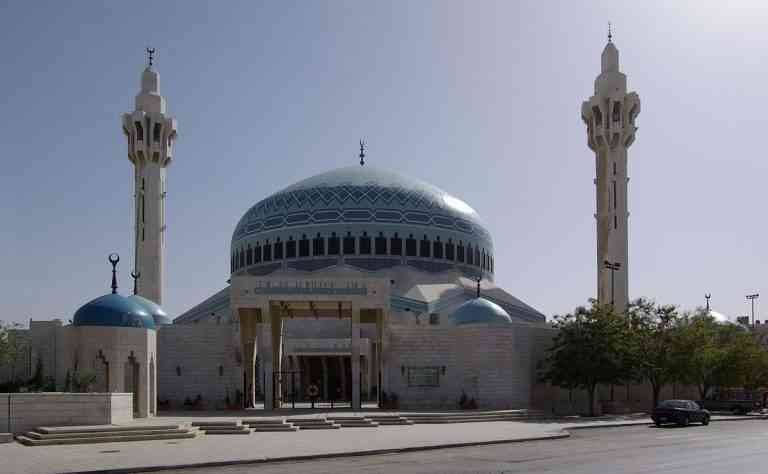 There are cultural houses in Jordan that have been converted into cultural museums relative to their owners, among which are the houses of the Arar Cultural House, which belongs to its famous Jordanian poet Arar and was inhabited by him and his son, lawyer Saleh al-Tal. The cultural museum, which was previously a poet’s house, consists of two rooms and an external courtyard, and is mediated by it. A giant mulberry tree gives it a mixture of nature and beauty, and it is an ancient Shami house that resembles the homes of Syria, and there is another tree that is 100 years old and is one of the most important features of the place, and its fresh branches cast shadows on home visitors until now. The house opens its doors to visitors from eight in the morning Until five in the afternoon. 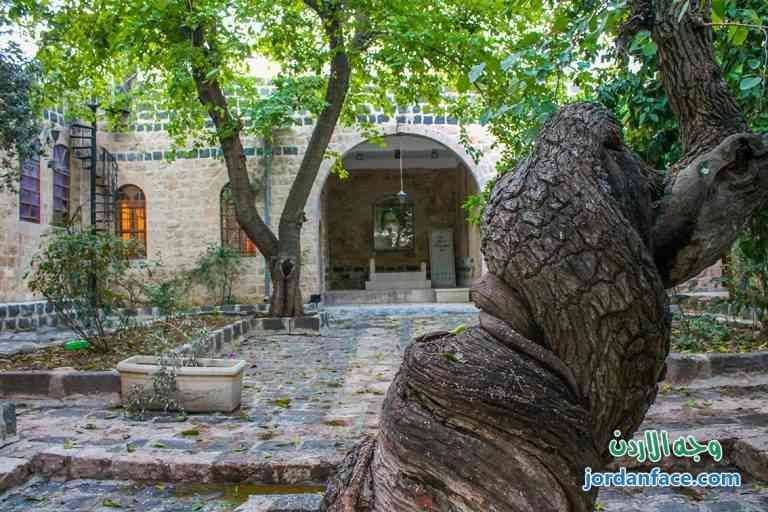