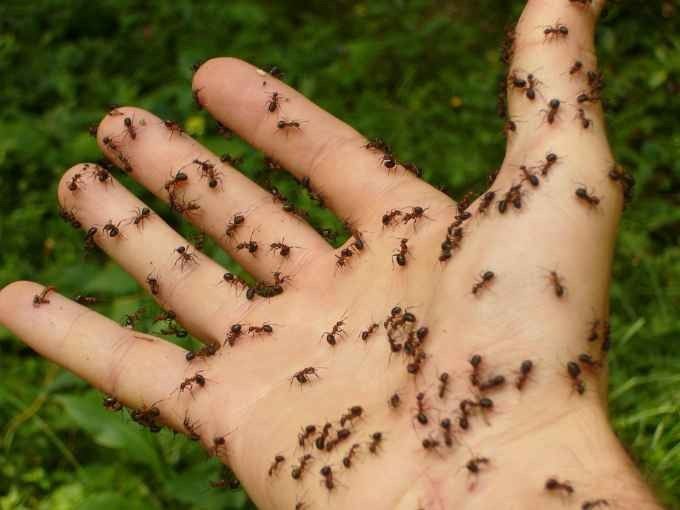 The strangest traditions of Brazil .. Challenging ants .. Some tribes believe that a person to become a reliable man and a strong warrior in the tribe has to go through the challenge of ants and he is wearing gloves that have many ants called “lead ants” and the person has to endure the pain caused by the ants over the course of 11 hours Continuing, if he can do so, he will be declared a reliable man. Read also: Tourism in Rio de Janeiro

The Brazilian family has priority. 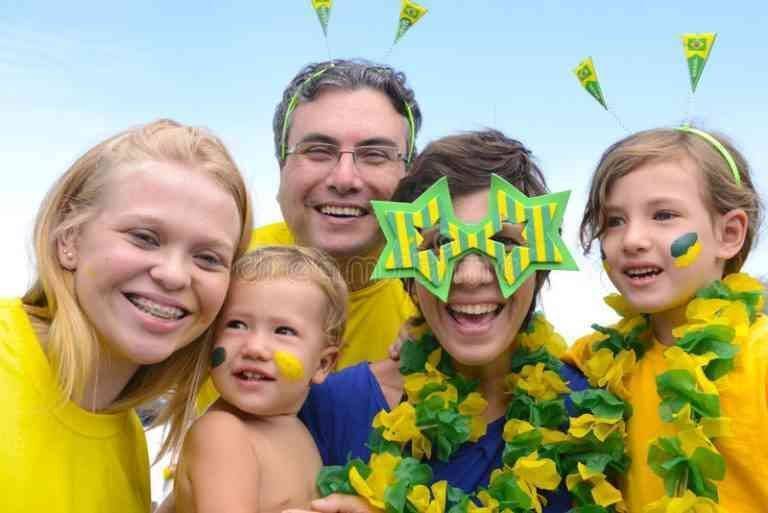 The Brazilian family has priority .. The Brazilian people love to form a large family, as they are the basis for stability for them in life and one of their habits is to provide assistance to each other so that mediation to find work for one of them and prefer it over others is not a bad thing according to their traditions, but patronage is something that gets their approval.

Racist customs of some Brazilians ..

Although Brazil is a famous country in recent times, but it is still governed by class racial thought in some of its regions, we find that skin color is judged by people, people with dark skin suffer socially and economically. As for white skin owners, we find them more fortunate in Brazil, and Brazil varies with it. Wages greatly, which affect their way of life, and also from racist customs that still exist in spite of the old age that Brazilian women occupy the lowest-paid jobs unlike men, despite the fact that women constitute about 40% of workers in the state and despite the prohibition of the constitution to Injustice for women. Read also: The cost of tourism in Brazil

Samba dance … the most important traditions of Brazil .. 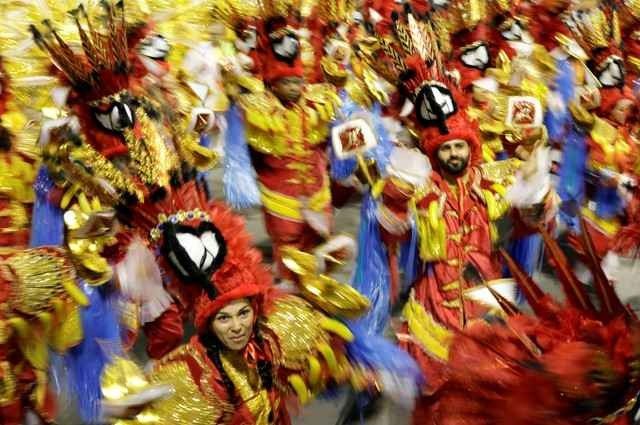 The samba dance .. the most important traditions of Brazil .. Dear tourist, if you go to Brazil then you are with a date to watch the samba dance, Brazil is the most practicing country for samba dance in the world so that the national team of the country called it the samba team so this famous dance has become an important tradition for the Brazilians but rather it is A national symbol for them, as it appeared more than a hundred years ago and is still still practiced largely, especially in festivals and public events. Samba is distinguished by its fast rhythm and has witnessed many developments in performance.

Here are the traditions in dealing with Brazil.

Dear tourist, before you go to Brazil, you have to know the way of dealing in this country so that you do not do something inappropriate for them and therefore you should pay tribute because it indicates your respect for them and there are some things that must be taken into account, namely, that the men in Brazil shake hands with some hand and keep Contacting with the eye for a while, while the women opened them by kissing each other and starting with the right and then left cheek. As for when a woman shakes hands with a man, the woman must extend her hand first. This is evidence of their agreement to greet the hand. Z black and expressing their mourning born Brazilians and traditions also open the gift during the guest presence.

Learn about the eating habits of Brazilians. 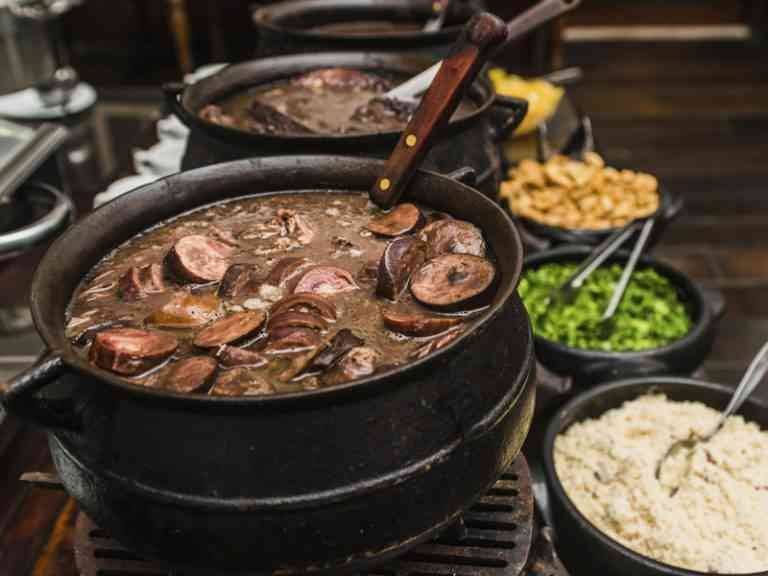 Learn the food habits of the Brazilians .. The Brazilian people are used to a specific breakfast consisting of milk, bread, cheese, in addition to butter and jam. As for lunch, the most important components are meat, rice, potatoes, and beans. Each region in Brazil is also concerned with certain eating habits. For example, in the northern states region, we find that Food in it mimics African foods. As for Rio de Janeiro, the most famous dish that people used to eat is “Viguada”. One of the most famous Brazilian dishes is “Meat with eggs and potatoes”. As for the drinking habits, the Brazilians love coffee especially that pure coffee Zieleh of months and the finest coffee in the world and also eat “Chimaro”, a green tea without sugar too. Read: Tourism in Brazil

Worst habits of the world … eating ashes of the “dead” .. 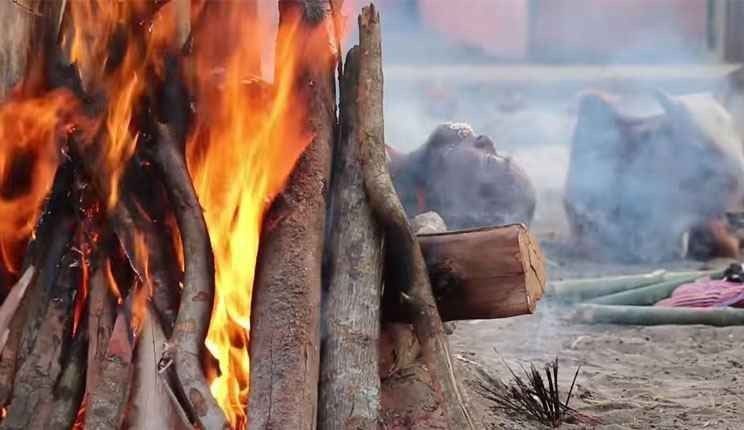 The worst habits of the world .. eating the ashes of the “dead.” Many of us have heard about cannibals. In Brazil, we find the eater of human ashes. There are tribes in Brazil that burn the dead body of the deceased, then members of his family eat this ash by mixing it with their food. An example of these tribes is a tribe It is called “Yanomami” and they do so in the belief that the deceased will be saved! .

The ugliest habits of the world, “soup of the dead with bananas” ..

Some regions in Brazil are still suffering from ignorance and superstition, as some villages in the Amazon rainforest perform very bad habits, which are the strangest habits of the world. In the event of death, the deceased is wrapped in leaves and left for insects for 45 days, then the bones are crushed and mixed with banana soup and eaten by family members and that They believed that by this the deceased would find his way to heaven.

The guest question, do you want to shower? ..

One of the habits of the Brazilian people is asking the guest whether he wants to shower, and despite this weirdness for us, this is normal for the Portuguese, due to the high temperatures they have. 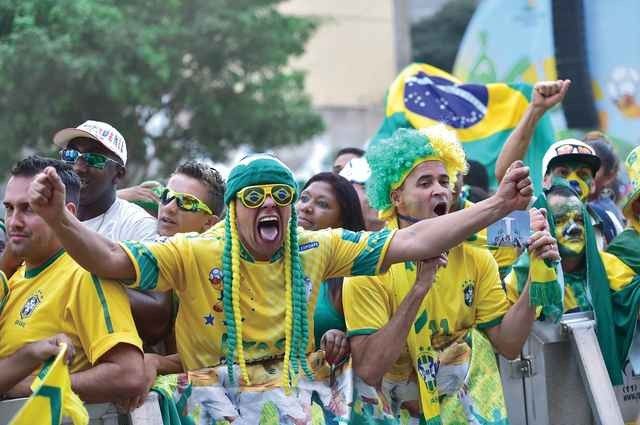 Brazilian customs and traditions link football and religion. Football is very important to Brazilians, and although some religious denominations rejected them at first, they even called them the “devil’s egg.” But with time and intense love for people, the people linked them to religion, so poor families All her hopes are that their children become soccer players so that they can make a lot of money, so we find that any Brazilian child has his dream to become a famous player and that is why everyone resorts to inviting the god to do so. who are they To influence the people and embrace their doctrine, we find a mathematical association for Christ, and this is due to the impact of the great football on the people, where millions follow them. In times of important matches, schools are given leave for students, due to the strong attachment to football, and a number of players spend money on the church to win the obedience of God in their beliefs and who Then he gained a lot of success and some players became pastors after retirement. Source 1 from here Source 2 from here Source 3 from here Source 4 from here