The customs and traditions of Greece ..

Here are the eating habits of the Greeks .. 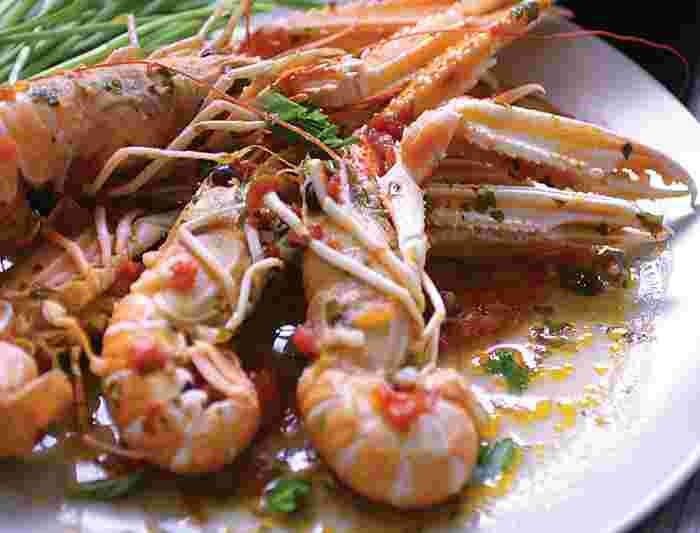 Here are the food habits of the Greeks..Greek people keep on following healthy habits in their food, so the Greek cook is one of the most kitchens in providing healthy food in the world. Greeks stick to a specific diet that protects against heart disease and cancer, as their meals depend largely on salads alongside seafood instead of Red meat, in addition to eating fruits in abundance, and also cheese. As for the most used oil, it is olive oil, because there are no damages to using it.

Get to know the strangest marriage customs of the Greeks .. 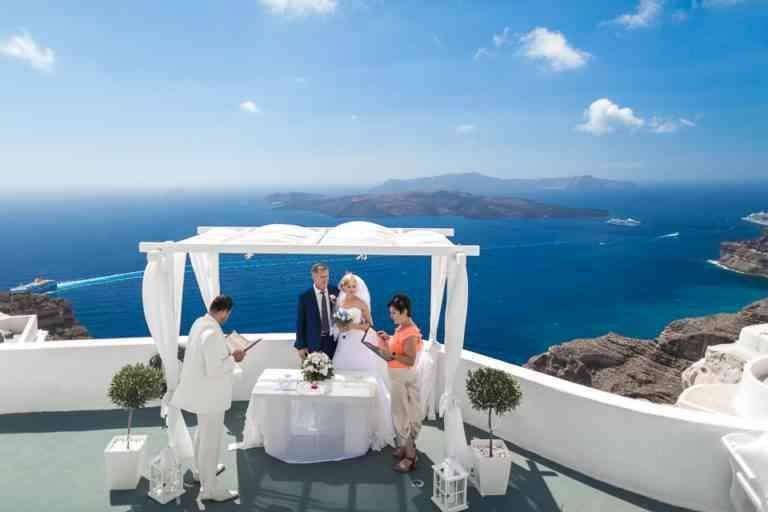 Get to know the strangest customs of marriage for the Greeks .. The customs and traditions of the Greeks obligate them to marry because celibacy in their traditions is considered a crime, believing that it is against the family god, but they sometimes called for the enactment of a law to punish those who do not want to marry, as required by the traditions and customs of Greece that have been passed on through generations that the groom does not It costs large sums in marriage. Rather, the groom takes dowry from the bride, and the bride’s family takes care of preparing the matrimonial house fully at their own expense. As for the groom, he is only required to purchase the wedding rings and bride and bed shoes in addition to the joy dress. He also has the opportunity to rent it, as the family of the bride is lenient in every u With the husband, therefore, the families in Greece are sad when giving birth to a female, because that means the necessity of collecting money to prepare all the marriage requirements when she grows up. Also, it is strange that the bride puts her shoes on the wedding day so that the guests put the money and gifts in it, just as the mother of the groom threw a small child on the bride’s bed This is in the belief that they will give birth to a male who does not cost them money upon his marriage, as both the groom and the bride try to put pressure on the other’s feet, believing that the one who precedes is the master of the house.

The customs of Greek Muslims celebration of the holy month of Ramadan. 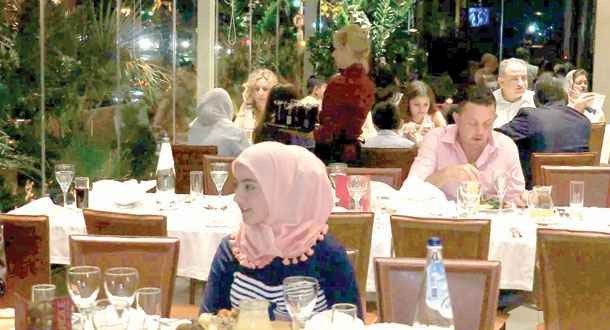 Customs of celebration of the Muslims of Greece in the blessed month of Ramadan … Muslims in Greece are not in the large number, but despite that they are always keen on carrying out the traditions of celebrating this blessed month, so we find them decorating the streets, houses, and shops with decorations and lanterns. They are also keen on setting up collective breakfast tables, which is a beautiful opportunity to get to know families Muslim women in Greece, as families exchange visits in this blessed month for more rapprochement and performing acts of worship, and it is their customs to go to the mosque quietly and leave quickly after performing the prayer, because some Greeks of other religions claim that the gathering T bother them may request the police and that the police had already closed more than a chapel also. Read: Tips for travel to Greece

The Greek people have a number of traditions that they follow in raising their children. For example, when a child replaces a tooth, his family places the tooth on the roof of the house, believing that this brings them luck and keeps the child healthy.

The tradition of celebrating the Epiphany of the Greeks .. 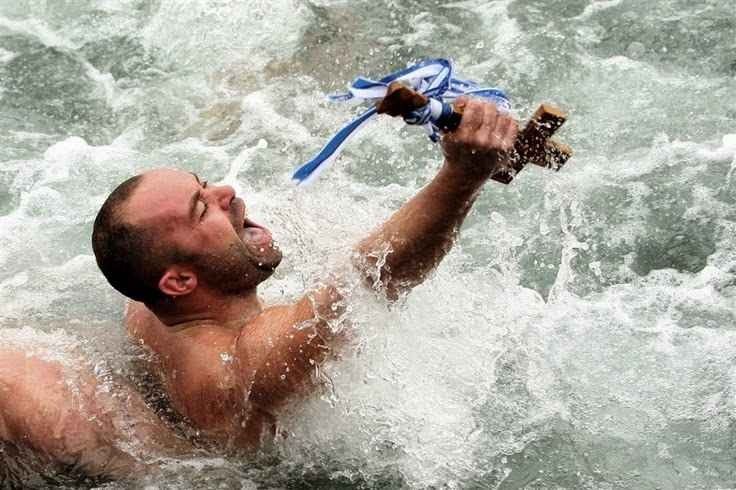 The traditions of celebrating the Epiphany of the Greeks .. On the sixth of January every year, “The Epiphany”, the Greeks have long used to throw a priest of the cross in the sea, and then divers begin to search for him and who finds it, because this is their belief that it is a happy year for him, and this is due to this. Tradition is due to their belief that Christ sheathed the Jordan Valley on this day.

The most beautiful customs and traditions of the Greeks .. money cake ..

On the first of January every year, the Greeks usually maintain them from ancient times, which is to make a cake, then put a piece of cash in it and cut the cake and give each person a piece, so the person whose piece is from his share believes that the year is a happy year for him.

The traditions of celebrating the 40th day of the martyr .. 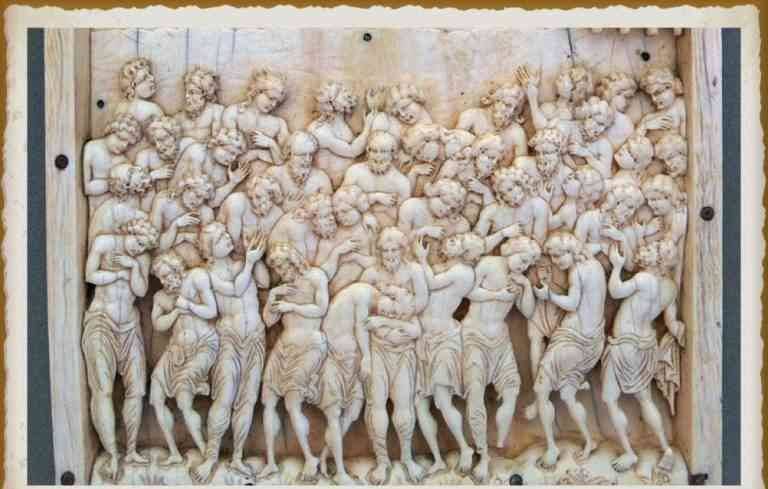 The traditions of celebrating the 40th day of the martyr .. On the ninth of March every year the Greeks celebrate forty Roman soldiers, where their beliefs say that they refused to offer sacrifices to the Roman god for converting to Christianity, so the Romans punished them by stripping them of clothes and throwing them in frozen waters to death so the Greeks seek to commemorate these soldiers By making a meat pie consisting of 40 layers, along with other foods, provided that they contain 40 herbs. Read also: Santorini Island, Greece

The customs of the Greeks’ Day “Good Friday” ..

On the Friday that precedes Easter each year, the Greeks boil eggs and give them a red color, and at night a feast is prepared and on both spouses catching his eggs and hitting the other with it and whoever breaks his eggs first is an indication of his good luck throughout the year according to their beliefs.

Patras carnival is one of the most famous customs of the Greeks. 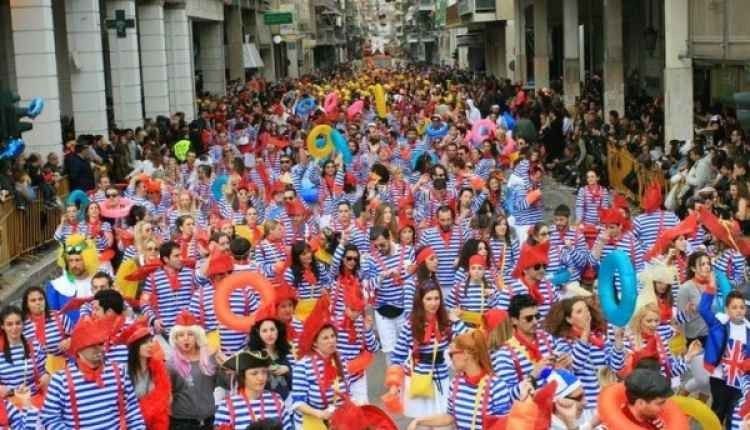 “Patras” Carnival is one of the most famous customs of the Greeks .. Greece is famous for holding many festivals and traditional events. Among the most important of these traditional festivals is “Patras Carnival”, as it is the largest festival in Greece. This festival dates back more than 180 years and the Greeks used to perform many dances in it Aside from playing beautiful musical compositions, the festival is distinguished by its various colors that bring joy to the soul, as caravans and streets are decorated with flowers. Source 1 from here Source 2 from here Source 3 from here