Learn about … the strangest and most important customs and traditions of Mauritania .. 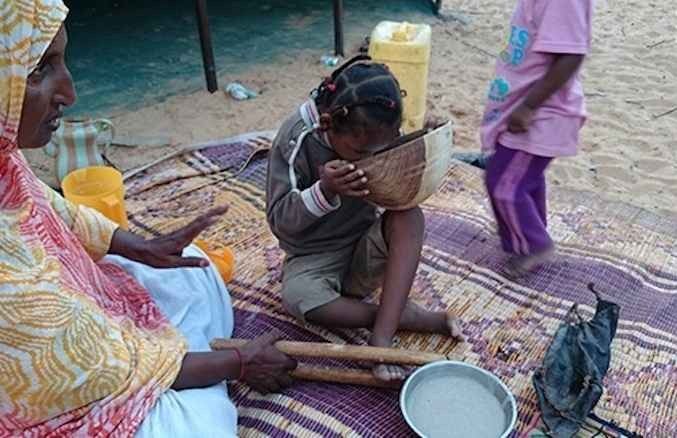 Get to know..the strangest and most important customs and traditions of Mauritania..In Mauritania, you are on a date with the identification of all what is strange from customs and traditions, and you may not encounter them in any country you visit, these customs are related to the Mauritanian people only, and perhaps the strangest of them: the attraction of men to the fat woman, where That “obesity” is the measure of a woman’s beauty in Mauritania, so the more a woman’s weight increases, the more her beauty increases, and the greater the chances of marriage, as the Mauritanian man prefers the fat woman. The Mauritanian people are keen on feeding women well from childhood until they become a fat woman, so there is no thinness in Mauritania And every woman has to increase the degree of her beauty and goodness Coordination of interest increased weight, women in Mauritania to expend eating heavy meals fatty, family and interested in supporting young girls fat food is full of fat, to give more weight in light of a short time too. Read: Tourism in Mauritania

“Black”… the appropriate outfit for events and weddings in Mauritania .. 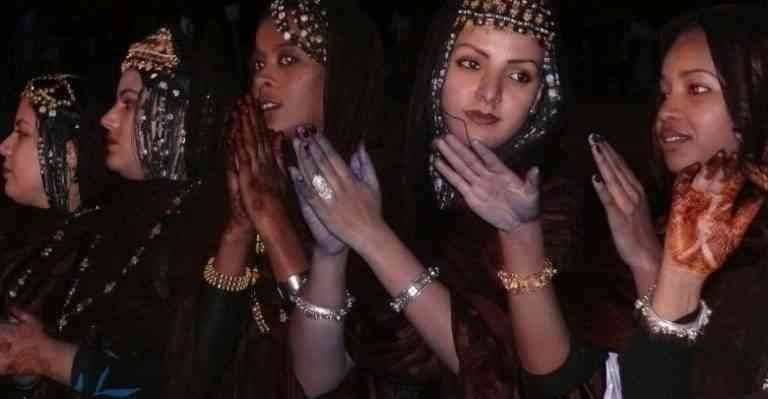 “Black” … the appropriate attire for weddings and occasions in Mauritania … the Mauritanian people are keen on wearing the black color in weddings and happy occasions, as the bride wears the black dress on her wedding night, and the importance of the white color in weddings, they consider black as an expression of joy and appropriate to be the bride and her family And the Mauritanian man considers that the white dress is associated with sad occasions, and his wife is not allowed to wear it on the wedding night, and forces her to keep her black clothes for a period of not less than three days after the wedding day, which is surprising as the Mauritanian people differ from the rest of the people B in his view of the connotations of colors, there is black suggests joy and happiness, and white suggests sadness and “pessimism.” 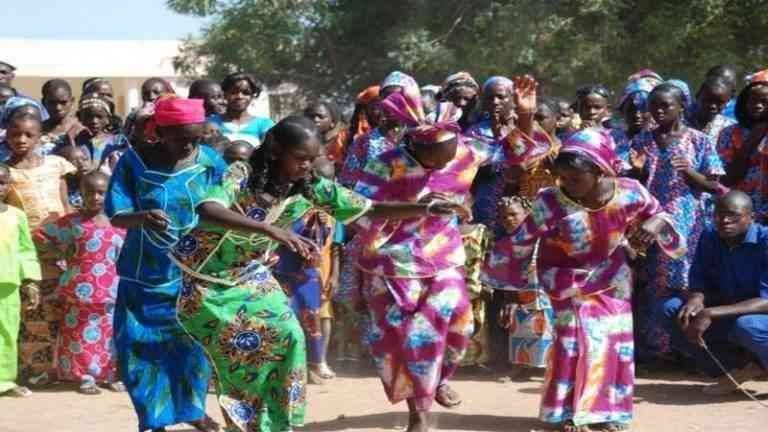 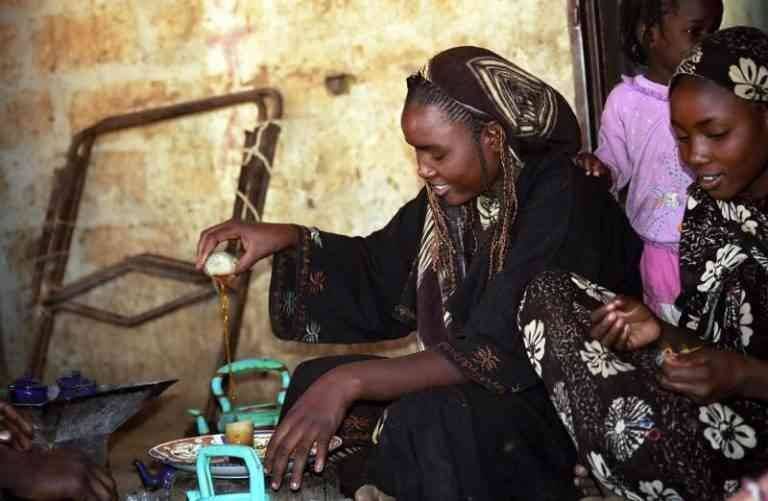 Women in Mauritania..marry at least five men..and in Mauritania divorce rates increase dramatically, which is a favorable matter for women there, and increases their chances of marrying men, so the Mauritanian man prefers to marry a divorced woman, so the woman there can marry more Of five men, once the “iddah” period has passed, you look for another husband.

The nature of weddings in Mauritania … 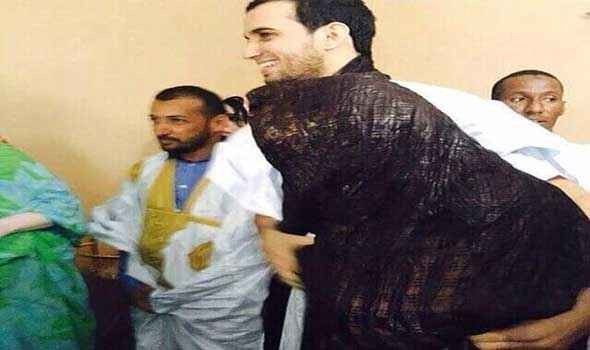 The nature of weddings in Mauritania … The Mauritanian people are keen to adhere to some customs and traditions related to the preparations of the wedding night, and there are some strange rituals that cannot be violated, perhaps the most important of them: the absence of the bride from the marriage contract, where the marriage is held in the presence of the family, not the newlyweds, and documentation is not required And in Mauritania, a man is not entitled to marry his wife, and a woman is completely free to ask for divorce if her husband marries a second woman against her will. Among the strangest customs and traditions of the Mauritanian people, concealing the bride on the wedding night, where friends kidnap the bride from her husband, and he must Do his best to find out Here goes the marital home, and forced her to wear the color black in the first days of marriage.

Weddings are not complete in Mauritania without the groom taking part in confrontations and disputes, which the bride’s family creates, and this is evidence of his love for the bride, and the groom must fight a fierce battle until he gets his bride, and accompanies her to the marital home, and injuries and injuries are a matter that is contained in the differences in weddings. , But it is one of the most important customs and traditions of the Mauritanian people, and weddings will not take place without it.

“Circumcision” is the worst customs and traditions of the Mauritanian people .. 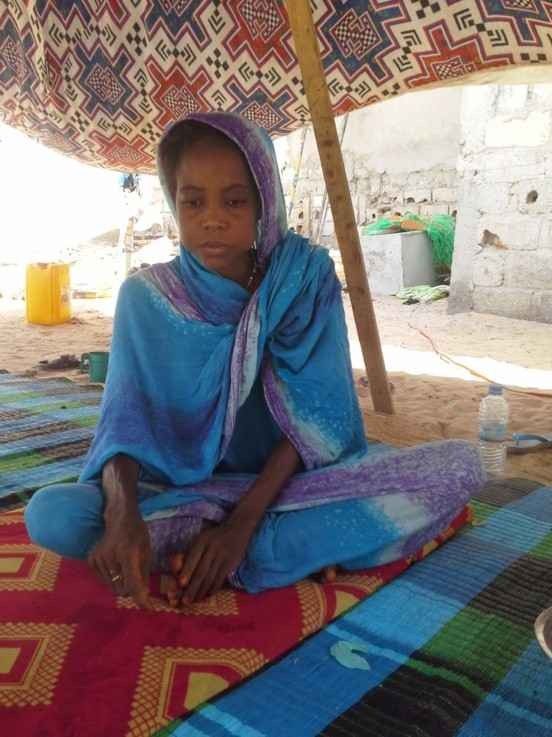 Customs and traditions of marriage in Mauritania ..

The customs and traditions of marriage in Mauritania differ from other peoples. There, the value of the “dowry” is returned to the groom, and the groom must pay a large amount to express the extent of his love for his bride, and after a period of time the bride’s family cares for a large part of this amount, and the bride’s family bears many burdens Marriage is unlike western and eastern societies, and the family is required to provide clothes to the groom’s family, which is an expression of their love and appreciation to them. Also, family, relatives and friends are keen to give the groom what is called the point, and a large amount of money helps him in the beginning of his life, and from the traditions of strange marriage, that A friend of the bride makes a streak Her “ornaments” are her, and the groom pays a large sum of money to get her back. 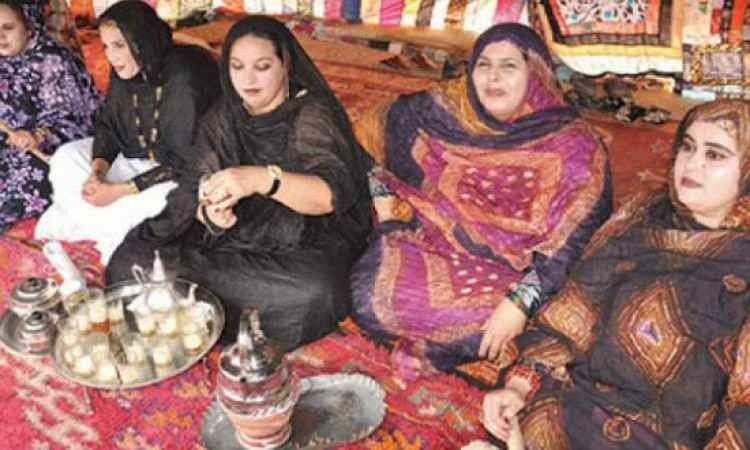 “Divorce” in Mauritania..Usually divorce is considered a hated matter in all peoples, except in Mauritania, so they consider it an inherent right for a woman in the event of a man marrying a second woman without the knowledge of his first wife, which is what the woman considers a great insult and unforgivable, and she must ask for divorce Immediately, it is possible for her to return to her husband again, provided that he divorces his second wife. The Mauritanian woman is famous for the strength of her personality, as she is able to force her husband to divorce his first wife, until she completes her life with him and does not ask for a divorce, and the secret marriage of a second woman is considered hateful Among the Mauritanian people, the husband holds a lot of toys Physical and psychological .almsdr 1: From Hnaalmsdr 2: Hnaalmsdr 3: From here