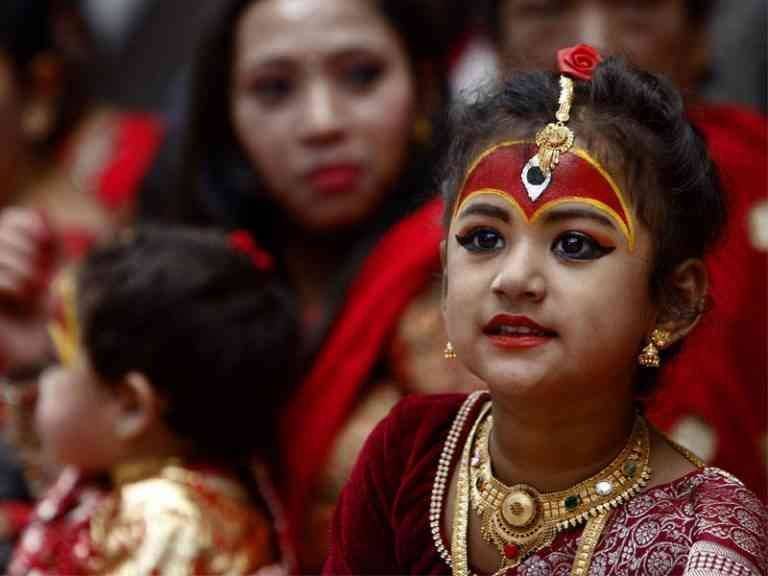 The strangest habits of Nepal .. girls of gods .. Dear tourist, one of the strangest habits that you might hear about is usually the girls of the gods, Nepal evaluates young girls to know which of them fit to be a virgin deity and call it “kumari”, one of the most important conditions for choosing it is that She is from the tribe of “Pajrashiara”, her eyelashes must be long, her voice is quiet and her eyes are beautiful, but from the usual rites the girl is isolated from the practice of public life to remain in the temple as she holds on the hands all the time so her feet do not touch the ground, she is allowed to go out 13 times In general, her clothes should be red, drawn on her forehead, p N as a sign of a third position when the gods, the girl back to normal life after the age of puberty and is due to the choice of Nepal girls in the belief that the woman’s womb is also the origin of life. Read: Tourism in Nepal 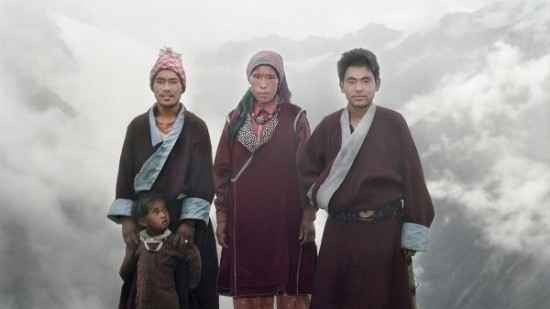 Polygamy in Nepal..Dear tourist, we all know that polygamy is a possibility for a man, but the strange thing is “polygamy”, meaning that a woman can marry more than one man at the same time. In Nepal this happens and husbands are often brothers, as she used to. The “Lama” sect in Nepal has been on this for a long time, although this has caused a lot of problems, especially mixing lineages, but due to poverty, they think that this is more economical, besides it is a hereditary habit, due to the ignorance that made people stick to the wrong customs. 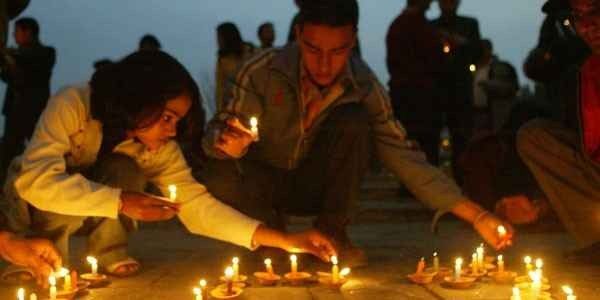 Multiple religions in Nepal .. Nepal is famous for its multiple religions, the number of Muslims has about 2 million, or about 13% of the population, they are a minority and suffer from some problems, according to a 2006 pre-emptive, as there is Hinduism, Buddhism and other religions, all A class on the practice of its traditions and customs in implementing its rituals.

The position of the family in Nepal ..

The Nepalese people are very interested in the formation of the family, the father is the head of the family and its head and it is his duty to provide life styles for all his children no matter how old they are, as they must reside with him until his death. Respect for the elder is important to them. Read also: Customs and traditions of the people of Bangladesh

Marriage customs and traditions in Nepal .. 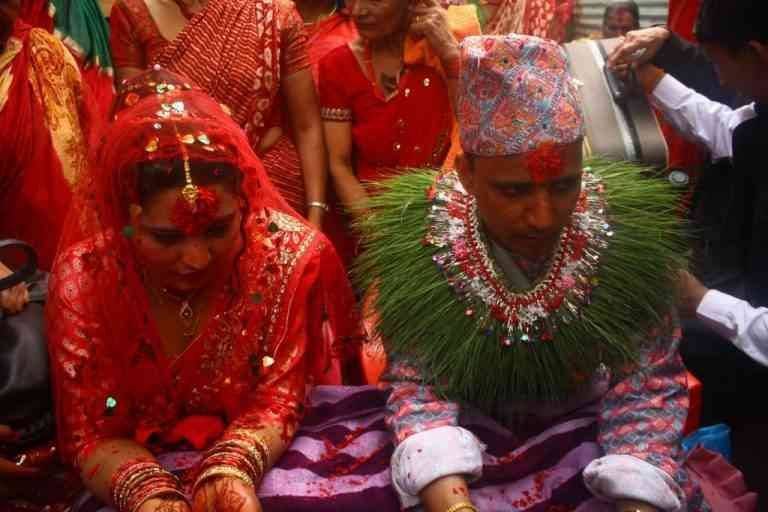 Customs and traditions of marriage in Nepal .. Nepal follows strange customs in the marriage system where the bride’s father searches for a husband for her, then the sermon takes place and the wedding date is agreed, the groom’s father comes with his relatives to the bride’s house and they receive them and their hospitality then the marriage contract, you go The wife goes to the marital home and then after that the groom holds a feast and is called his relatives and the family of the bride, but the strange thing is that the bride returns to her father’s house after two weeks so that the husband’s father returns after a year or half a year to take her again and this is called “donga” and conditions continue in this case the wife lives A period in her husband’s house and a period in her father’s house, as it spreads in n Child marriage is usually indifferent due to the widespread poverty and ignorance, so families resort to pushing young girls to marry to get rid of the financial burdens. 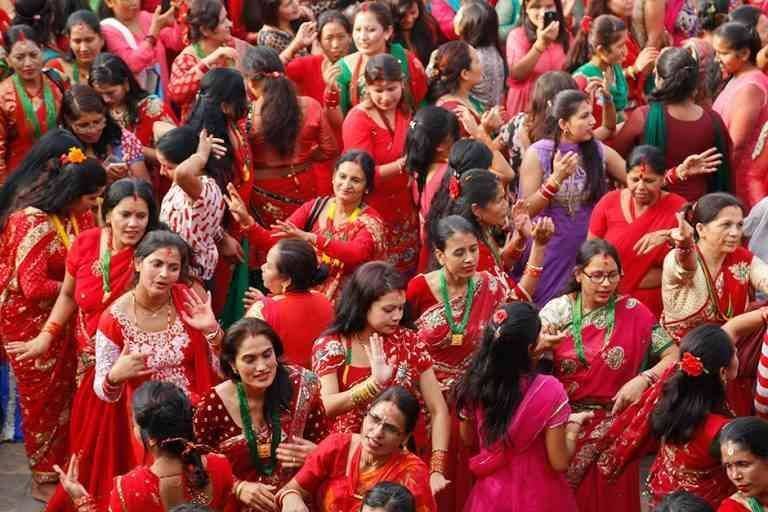 Customs and traditions in Nepal .. Women’s Festival .. The Nepalese people are accustomed every year to holding a celebration of the Women Festival to commemorate the “Shiva”, which is one of the Hindu gods as it is the wife of “Parvati”, women perform fasting and perform prayers in celebration of this occasion, besides wearing traditional clothes It is red in color, dancing and singing, and is celebrated in Shiva temples. Read also: Tourism in Tibet

Dowries of marriage are an impediment to the education of Nepalese women.

Traditions and customs in Nepal require that the bride’s family is the one who gives dowry to the groom, so many families are afraid of educating girls on higher education so that they do not cost to pay exorbitant dowries upon their marriage, as a result of which many girls are deprived of achieving their dreams of going to colleges to obtain a high qualification they can From obtaining a social status and a future in the country, and although this contradicts the norm in all countries and also contradicts Sharia, they still practice this strange custom. 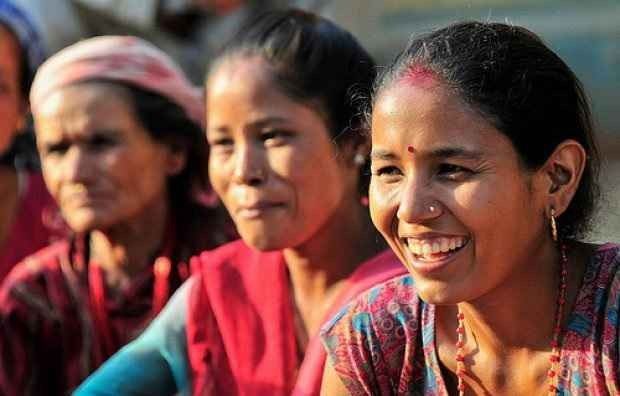 Women in Nepal .. Many women in Nepal suffered from many problems such as that a woman who died or divorced her husband is forbidden to marry again, and many girls have been married at a very early age as a result of traditions and widespread ignorance and poverty, so they are forced to marry, But the situation has changed somewhat now, after the spread of the Islamic religion, which guarantees women their rights, so society started to reduce these bad habits and traditions, and women gained some of their rights as education, but they still have problems to pursue higher education. 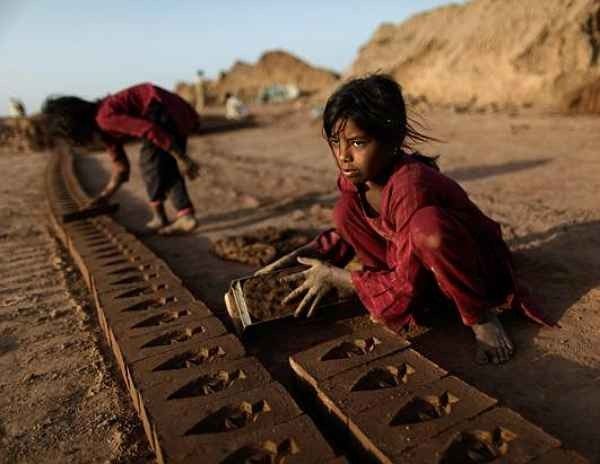 Slavery habits in Nepal .. Slavery is an inhumane system that has spread in the world since ancient times, but with progress and loud voices calling for freedoms and the right of man to a decent life, however, some countries still suffer from the continuation of these customs by it, in Nepal children are sold between the ages of 5 -15 years old and they are called “Kamalari”, they are forced to work long hours up to 14 and 15 hours a day, they must do housework and other work, as well as being beaten and one out of every ten girls is subjected to rape, organizations indicate that a number Bonded children in Nepal reach 10,000 children so they do Must get rid Nepal of these unjust customs and traditions and preserve children’s rights.

Food habits of the Nepalese people .. 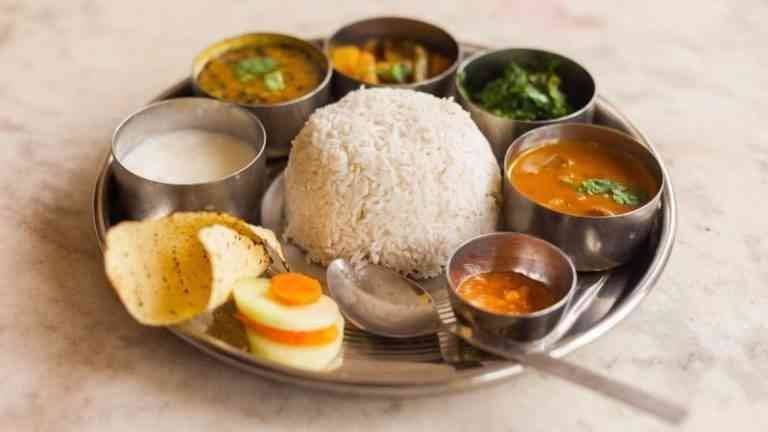 Food habits of the Nepalese people .. Dear tourist, the Nepalese people do not feel that they eat food unless their meal includes a dish of “rice.” For them, rice is an essential meal, it is eaten twice per day and a group of vegetables or fruits is presented next to it, eating in Mostly by hand, the Nepalese are used to serving food to guests on various occasions. 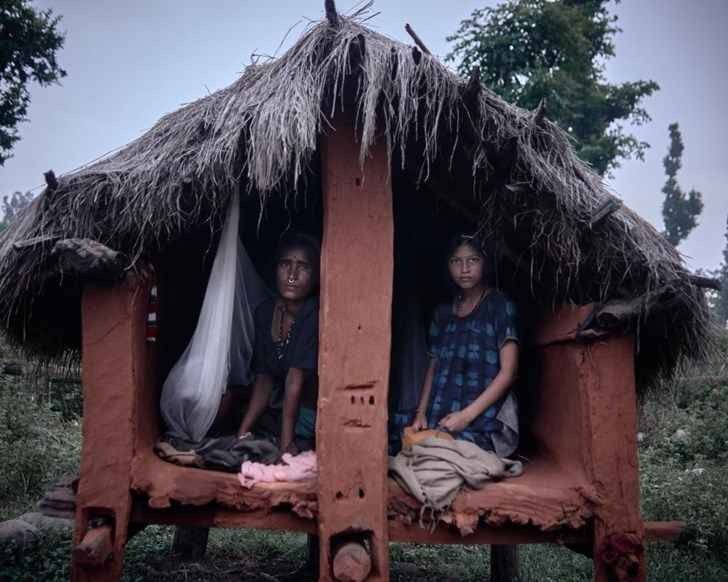 Women’s huts .. The worst traditions of Nepal .. Nepal is still practicing some unjust customs against women and the worst is usually “Chopaddy”, which means the expulsion of women during the menstrual period, women go out to live in small huts built for this reason throughout the menstrual period, these huts for a number of women and suffer from The absence of beds or mattresses in them, and women are prevented from several things such as not cooking food or drinking and bathing in the water in the village, as they prevent men from touching men or cows, believing that this harms the cow and makes it not produce milk, and if one of them wants to eliminate her need, she must go out to the fields It is far from homes, where it is forbidden to use The toilet, then after the menstrual period has passed, the women go to a small river within an hour to purify themselves, as they use the urine of the cows, and then return to their homes to practice their lives after these difficult days. This bad habit is due to the belief that women are not clean and pollute the environment in this period Source 1 Source 2 Source 3

Adventures in Dubai (in and around Dubai)