Customs and traditions of Nigeria .. Nigeria has a number of different tribes, each with its own traditions and customs in marriage, communication, clothing and other lifestyles.

Learn about the family traditions of Nigerians. 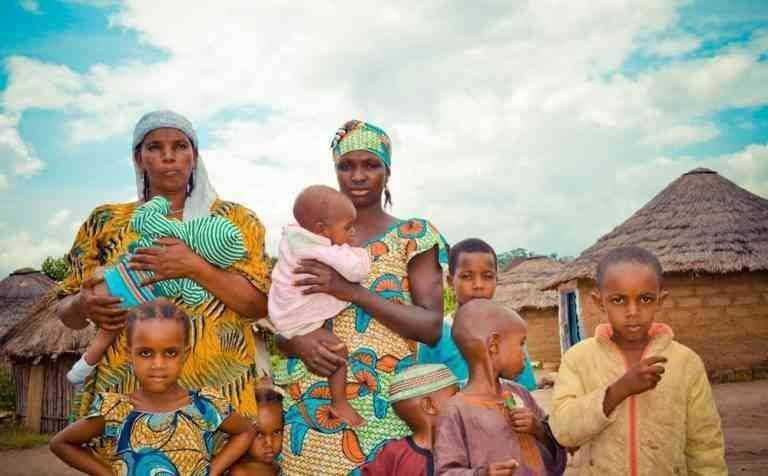 Familiarize yourself with the family traditions of Nigerians .. Families in Nigeria are interested in forming large families and making sure to help each other as well as adopting family relations with them on the basis of the hierarchy, meaning that their beliefs require that the greater the age, the more the person will gain standing and respect, believing that the increase in age increases the wisdom The human being, therefore, the elderly in Nigeria are received with great respect, and they are also responsible for making important decisions. One of the famous family traditions is the tradition of caring for the mother and the child. Nigerian women when they give birth, their mother-in-law must go to her to take care of her and her child, the nursing mother does not pressure T even to point out in her hand that she wants something, but her mother-in-law must give her everything before she requests, including child care and home work, such as cooking and cleaning, and this continues for 3 months. Also read: Tourism in Nigeria..and the tourist places

Multiple languages ​​and religion in Nigeria .. 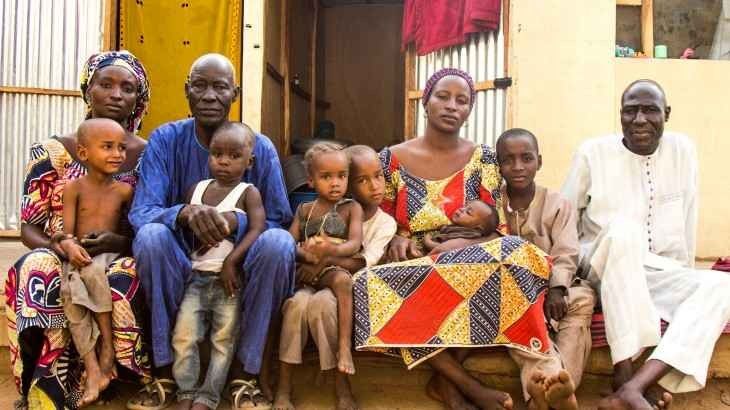 Multiple languages ​​and religion in Nigeria .. Nigeria is one of the countries where different ethnic groups live and each of them prefers to speak its own language as they used to for a long time, so there are about 510 languages ​​in Nigeria besides the extinct languages ​​and the most famous languages ​​are Yoruba, Hausa and Ibo, but the official language of the country It is English, during the British colonial period, and it is used especially in education and for official and commercial purposes. In spite of this, some areas, especially the rural ones, adhere to their traditions of speaking in their own language. The Nigerian constitution guarantees to the people the freedom to worship so Muslims are accustomed to celebrating Ramadan, Eid al-Fitr and Al-Adha until Friday is an official holiday for Muslims, as well as Christians practicing their rituals and celebrating Christmas and Easter. There are also groups in Nigeria who worship idols.

Nigerian customs and traditions .. Etiquette of communication in Nigeria .. 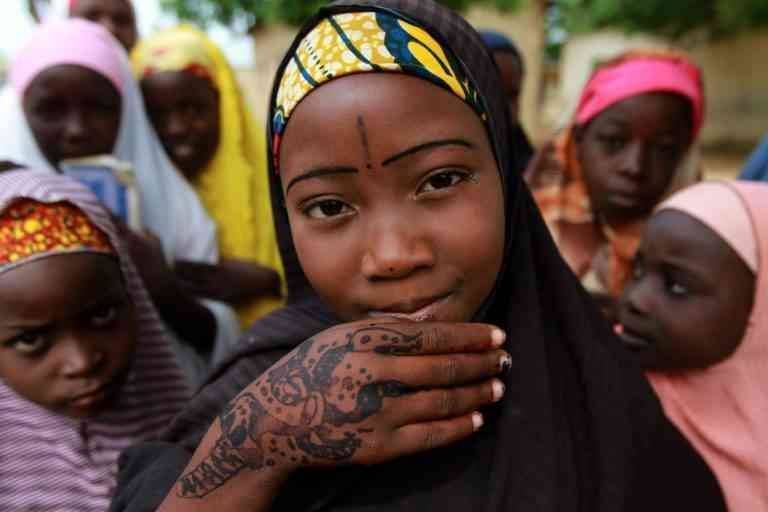 Customs and traditions of Nigerians.. Etiquette of communication in Nigeria..Nigerian people are interested in giving salutations because they indicate respect and friendliness, so the greeting followed is shaking hands with a beautiful smile, as the left hand can be placed on the shoulder of the other as a kind of welcome and must be asked about health and family news and other Questions that highlight love and appreciation for the other. As for friends and relatives, they often exchange kisses and hugs, and when shaking hands between a man and a woman, the woman must reach out first. This is an approval from her and from the customs and etiquette of communication they also have that if someone invites you to visit him in his home or to eat in a Outside it is necessary to purchase a gift such as fruit and chocolate or gifts for children and be aware dear the tourist that the present of the gift must be with the right hand or with both hands and not with the left hand and do not open the gift when it is presented and if a man wants to give a gift to a Nigerian woman then he must give the gift The man’s mother, his wife, or his sister, and in western Nigeria, people are used to communicating through proverbs and songs, believing that this communicates the meaning more as they use many funny phrases because that makes the content of the speech easy and unforgettable, and also to prevent boredom. In the south, the population prefers to speak directly I may N their voice higher and it is not anger, but this way of talking to the other as they prefer to use the expression with speech Facial because it shows the information and also confirmed. Read: customs and traditions of the Somali people

The most beautiful customs and traditions of the Nigerian people in the holy month of Ramadan. 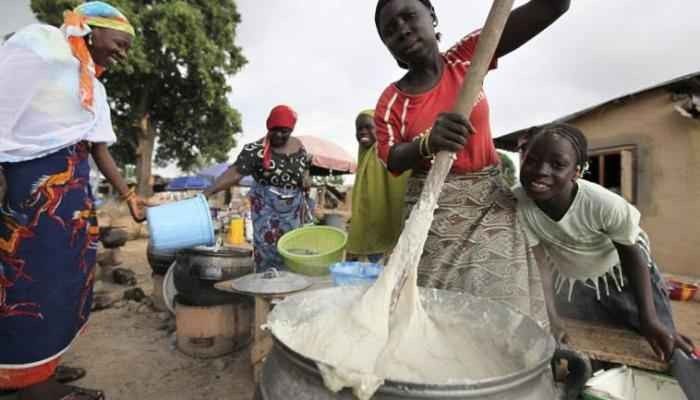 The most beautiful customs and traditions of the Nigerian people in the blessed month of Ramadan … Dear tourist Nigeria has the most beautiful customs that you can see. In the month of Ramadan, rich or affluent families host a poor family for a whole day to provide them with all the requirements of the day and in the new day they receive another family and that until the end of the month The generous, that beautiful habit develops the idea of ​​brotherhood among Muslims and breakfast in Nigeria is not inside the houses, but people go out in front of the house and the people gather to share breakfast together. One of the most popular meals that is eaten in breakfast is the porridge with meat and Akara and the first The majority of months are Alto, milk and dates, as Nigerians go to mosques in groups, and after breakfast they go to spend Tarawih prayers in an atmosphere of joy as well as recitation and recitation of the Qur’an and some go out for walks at night and visit relatives, residents remain in the streets for late times in this holy month and Nigerians still maintain a tradition Almshrati. 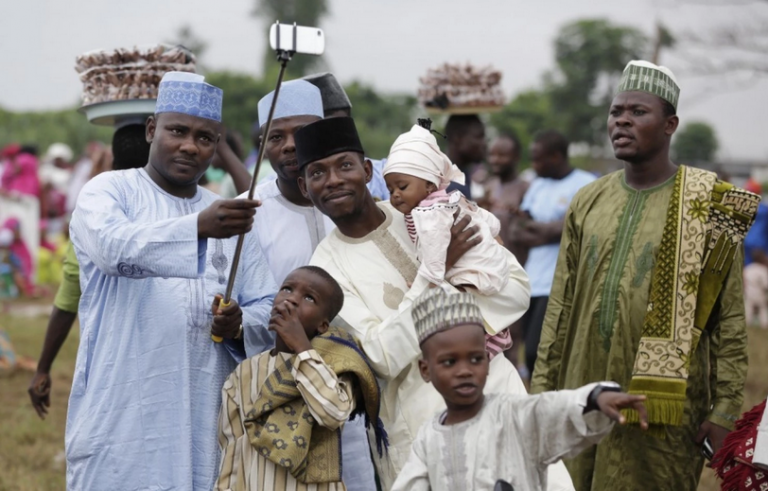 The traditions of celebrating holidays in Nigeria..Nigeria, most of its population is Muslim, so they have a number of customs that they practice in celebrating holidays like the rest of the Muslims, so we see Nigerians eager to wear new clothes and the majority are accustomed to tailoring clothes of the same shape and color as the princes make processions in the streets to celebrate with The people and the citizens stand on the roadside to watch the processions and the wealthy families sprinkle money on people in the celebrations that they hold in public events, as a kind of showing their status and financial ability and also as a kind of welcoming guests. Read also: Customs and Qalid China

Marriage traditions of the Ruru tribes ..

Residents of this tribe are accustomed to a strange habit in the marriage ceremony, which is the attack of friends and relatives of the bridegroom on the bride’s house, so the bride escapes from the house and the screams rise, so the groom’s people rush behind her to arrest her, then a battle begins between the two parties, and this is all representation, but they are used to doing.

Brides to show .. the strangest and worst customs and traditions of Nigerians ..

Brides for the show … the strangest and worst customs and traditions of Nigerians .. live in southern Nigeria a tribe called “Europe” and this tribe has been famous for a long time for following a strange habit, because at the time specified for marriage every year, the woman who wants to marry stand in front of her family’s house and she is very decorated by men He who admires the bride enters her home and resides with her for a full year as if she is his wife. If she becomes pregnant within a year, their marriage takes place, but if she does not become pregnant, he leaves her and rejects this woman and remains, but rather a husband, due to their ignorant belief that there is an evil spirit in her.

The traditions of the “Hausa” tribes are the largest of Nigeria’s tribes .. The Hausa tribes live in Nigeria and represent about 50% of the population, and that their people condemn Islam and practice the traditions and customs associated with Muslims. The most important characteristic of the Hausa tribes is their uniforms. Color As for women, they wear a long cloth of up to two meters, and they are wrapped tightly and on top of a blouse of the same color as they wear a head scarf. Read also: Customs and traditions of Turkey

Customs and traditions of the Nigerian people … The talkative woman! ..

Some tribes in Nigeria used to force women before marriage to puncture the tongue and put a ring in it like a ring and put a long thread in it and if the woman spoke a lot the husband pulled the thread, that of course will hurt her, which makes her not talking, this is the way in their beliefs that it is the right way to deal with the talkative wife! .

One of the rice and serving food on occasions .. 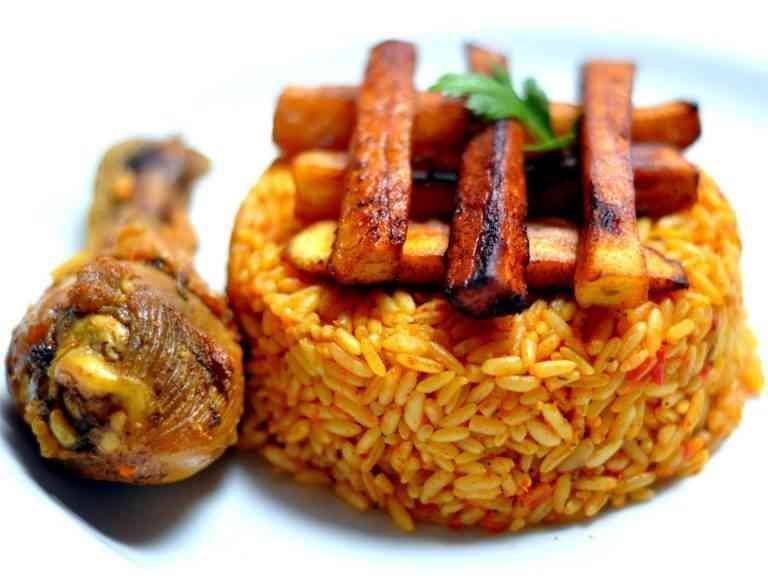 One of the rice and serving food on occasions .. Preparing rice on Sunday every week in Nigeria is a basic tradition preserved by the people for a long time, as rice is the traditional dish of the country and it offers soup with peppers, tomatoes, chicken or beef or fish, and Nigeria is famous for its adherence to the habit of serving food For guests and invitees on different occasions such as weddings and burials, and when naming children and birthdays, all families must provide food to the guests on these occasions and not only the rich families, but everyone, whatever their financial condition, as Nigerians are accustomed to the fact that meat and fish do not take the person Its small share if only given the older person and women must cover their hair before food preparation .almsdr 1 Source 2 Source 3