Tourism in Quba, Azerbaijan .. Top 10 places to visit in Quba

The most beautiful tourist areas in Malaysia

The best 4 shopping places in Mecca

China is a very big country, and accordingly the customs and traditions of the Chinese people differ according to the geographical region and race, where they live
More than a billion people in China and it is normal for habits to diversify with such a huge number of people.
But there are some customs and traditions that many Chinese agree on and consider it a sacred imperative
With it, we show you a brief overview of the most important of these habits.

The most important customs and traditions of the Chinese people

In Chinese culture, you should share your happiness with others if there is something worth celebrating in your life
It’s normal to want to share joy with your friends and family and there are many ways you can share with others
Your happiness;
But in China the best way to do this is by preparing banquets of all kinds and the biggest example of this
It is wedding banquets, there are some countries that do this by honoring guests if they wish but in China it is
It is not just a desire but a sacred thing to do and very important customs and traditions.
To celebrate any occasion, the Chinese make reservations at the finest hotels and restaurants to prepare the banquet and invite up to 200-300 people.
on her.
These banquets are held on several occasions, including the completion of a month’s baby, and when he is also one year old, weddings, at
Obtain a business upgrade, buy a new home, on holidays, and other celebrations. 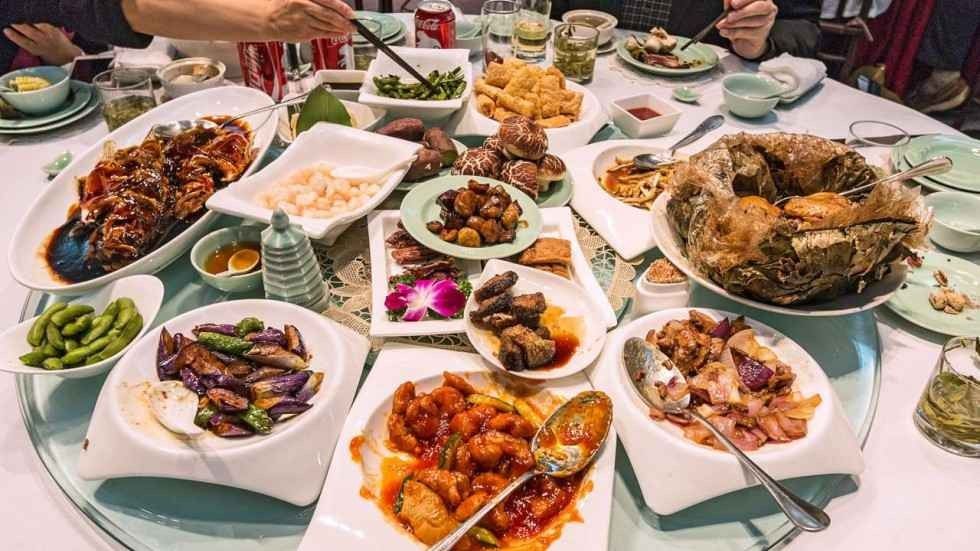 Preparing banquets to celebrate special occasionsRead also: Learn about the most popular customs of the Thai people

According to Chinese tradition, the mother must take a break from everything from housework to jobs for a month
after birth.
The age of this Chinese tradition is up to two thousand years. The wisdom is that the body is weak due to pregnancy and blood loss and needs
To a time to recover and restore its former balance, and the woman does absolutely no work or effort during that period;
She spends almost her time in bed and feeding the newborn, and if she makes any effort, it causes an imbalance in her body
Also violate traditions.
In addition to rest, proper nutrition, and eating a lot of chicken soup, you should not shower or wash hair throughout this month!
This tradition dates back to ancient China when people believed they were getting cold from the shower and thus
Fearing the mother from the disease, she should not bathe or be exposed to anything that might cause her illness, such as fans, air conditioners, etc. 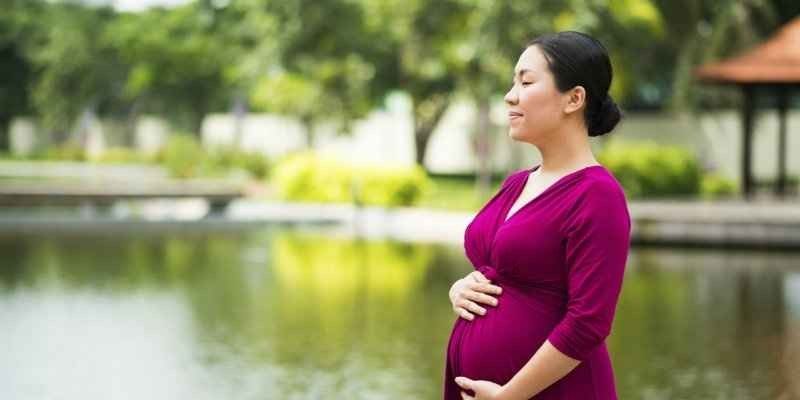 The most important marriage customs in China

In ancient China, the bridegroom was to take his bride to their new home he must overcome a set of challenges in order to agree
For him to go with his new wife and these challenges were not easy.
And with the development of times, this tradition has become less severe and is held as a matter of fun, not more, but it still exists, in order to match the bridesmaids.
The honor that the bridegroom takes his bride is to give them gifts or prove their love for his bride through a list of
The claimant must fulfill it;
One of these tasks, for example, is to read some love poems in front of everyone to prove his love for the bride, and he must be convincing and honest to release the bride.
They may suggest other tasks to test his strength, such as doing pressure exercises! It’s strange, isn’t it? But the customs and traditions of the people
The Chinese must be bound. 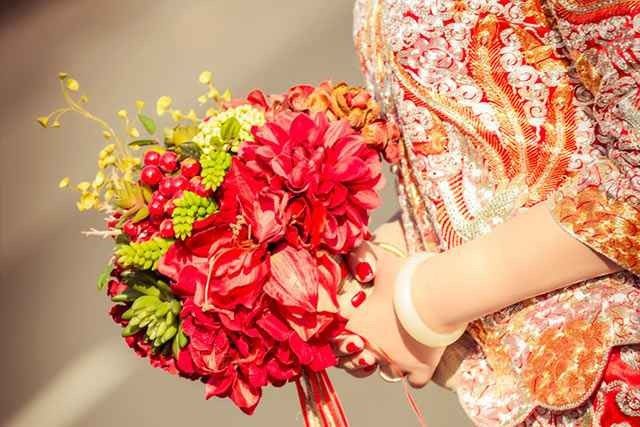 The most important marriage customs in ChinaRead also: strange customs and traditions around the world

Read:Airports of Spain .. Find out about the largest modern and preferred Spanish airports for tourists

Lion dance is one of the most famous traditions of Chinese culture and the most important customs and traditions of the Chinese people are held
During festivals that are held throughout the year.
It is also held when celebrating the opening of a new company or the start of an activity, because it is believed that this dance brings good luck.
Prosperity and get rid of evil.
The dance begins with the ritual awakening of the lion and the lettuce and celery are suspended at the entrance to the new company, where they are believed to bring
Money and good luck.
And based on this important tradition, many companies were opened in China specializing in the lion dance, where they provide this service to companies
Good prices.
The lion dance must include at least two lions and a drummer, as each lion wears two people together and whenever
Dancers are more skilled and flexible the better the dance and sometimes make some dangerous moves while dancing. 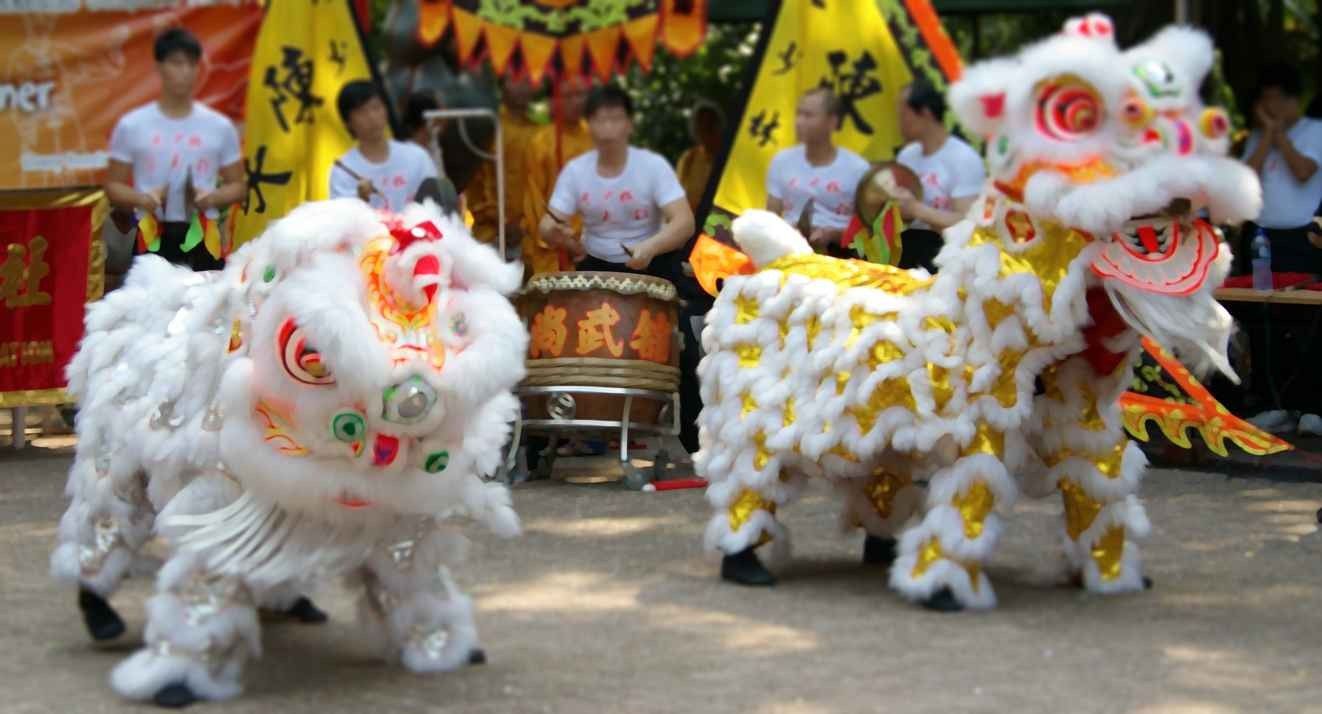 The Chinese Communist Party that officially governs China is an atheist although gradually becoming more tolerant of religions and recognizing
In it, currently there are only five official religions in China which are Buddhism, Taoism, Islam, Catholicism and Protestantism;
Any religion other than those five religions is illegal and illegal to practice in China.
Although the constitutional law states that people are allowed freedom of religion, the gradual tolerance of religion has not
It begins only very soon and there is still a hardening with some other religions that are practiced in secret because they are illegal. 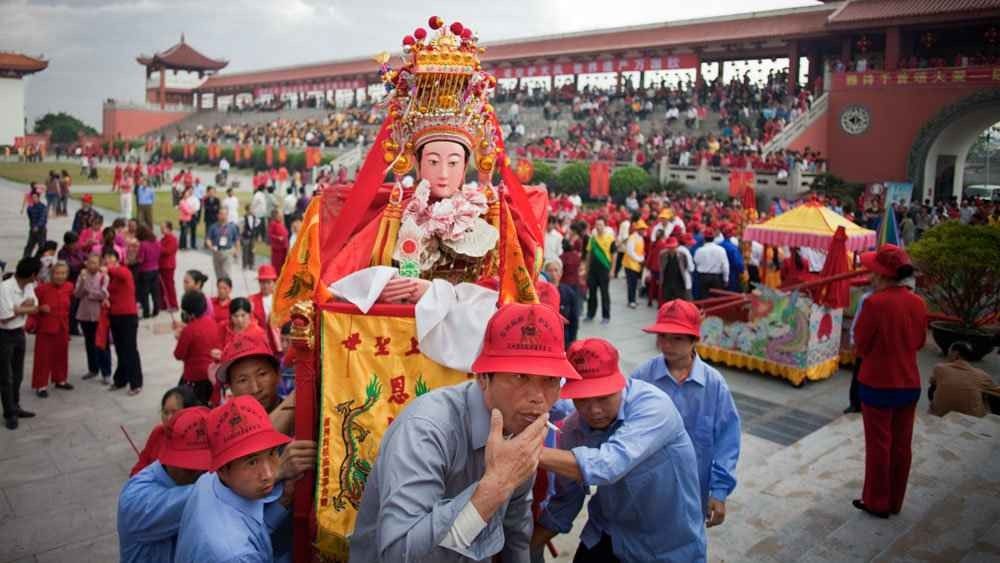 There are seven major dialects of the Chinese language spoken in China, each with its own differences and each dialect has a specific name
It is spoken by a certain number of people in different regions.
The most common dialects are “Mandarin” dialects and are spoken by 71.5% of the population, followed by “Wu” and 8.5% spoken, then “Yue”
Diffused by 5%, “Chiang” by 4.8%, “Min” by 4.1%, “Hakka” by 3.7% and finally “Gan” by 2.4%
The official national language of China is “Putonghua,” which is a Mandarin dialect and is spoken in the capital, Beijing. Some
The Chinese can speak English too.

All about Omani beaches

The most famous market in Switzerland …. The best markets in Zurich

Spain’s customs and traditions .. 6 surprising habits in Spain, but they are famous in the world