Customs and traditions of the Philippines .. a civilized people adhering to their own traditions

Customs and traditions of the Philippines Phillipenes ..

The Philippines is proud of its ancient cultural history, which is a mix between East and West, and was also greatly influenced by Spanish and American colonialism. The Philippine culture was greatly affected by the Spanish, especially in matters of religion and its practices, where they perform religious ceremonies throughout the year, while decorating their homes from abroad, and opening their doors For neighbors and visitors during the celebrations. In some urban areas, Americans were very affected by fast food and famous brands. As for some rural areas, alternative medicine is widely used among families.

Languages ​​of the Philippines ..

The Filipino and English languages ​​are considered the most important languages ​​used in the Philippines, where the Filipino language is widely called “Tagalog”, so the local language in the Philippines is considered and spoken by more than 50% of the population, in addition to the presence of about 18 other recognized regional languages ​​and more than 180 languages For the national population. As for the English language, it is a means of education, and it is used in other fields such as business, broadcast media, government, and medicine. 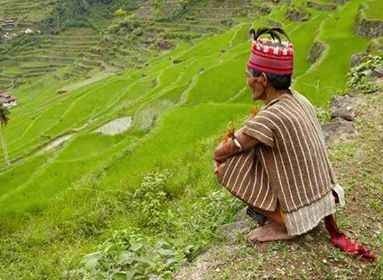 Philippine customs Read also: The cost of tourism in the Philippines

The ancient residents of the Philippines eat food with their own hands while the modern generation believes that it is not suitable for the modern era. White rice is a staple food with any meal that the Filipinos eat. The Filipinos are famous for their love of food, where they invite each other most of the time to eat at home, abroad or the workplace, with a commitment Others are invited. Food is eaten collectively where they take the nature of the family when they are abroad or in a public place. Food is obtained collectively and not individually, where it is inappropriate for someone to order food before others, and it must be quickly reversed if it does so Not considered by others to Yes, literature, and so too is the end of food, as Filipinos are among the most interconnected, united, and socialized people.

When someone quickly salutes, he moves the head back with eyebrows lifted in a fast manner followed by a light smile. Never between two males as in the Arab countries

When going out and not sleeping at home, Filipinos like the Filipinos attend. Hygiene tools such as soap and shampoo in addition to handkerchiefs. It is rare for a Filipino to bathe before bed, because he thinks that hair filled with water leads to hair loss. Filipino girls do not move outside the home except with a comb to lay off their hair, To stay smooth after spending a long time with ironing at home, girls always prefer to use parasols when going out on the street to keep her skin from the hot sun, and she doesn’t even leave marks on her face and darkens her skin.

The Filipino people are distinguished as a social person who loves the presence of others around him and talking to him and is not an introvert who lives alone from people. The streets are known on Sunday as traffic congestion and great crowds, given that Sunday is the day designated for the Church, which they consider an indispensable religious duty. Each member of the family holds a title Or a nickname known to it and this nickname consists of two identical syllables such as Ling-ling or ping-ping. It must be a family member such as sister, wife or mother to work as a nurse, the study of nursing is widespread in females. The positives of the Filipino people .. Show appreciation and respect for life Family, many of the Philippines Yen especially those working abroad working for their family and family are always personal hygiene, so daily bathing is considered one of the basics and changing their clothes, which makes them enjoy good and fragrant scents throughout the day. They know the respect of the elderly which lies in the repetition of the word pu, which is used to indicate respect for the elderly in the Filipino language Consolidating the beliefs of others and sacred things without prejudice to them and hearing others without interrupting them. 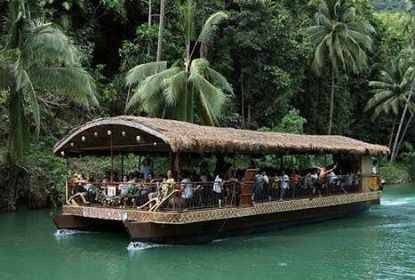 Customs and traditions of the Philippines

The downsides of the Filipino people

Lying is widespread in some people as a kind of justification for some excuses, as theft, fraud and fraud methods control many people in the Philippines. The phenomenon of drinking alcohol in parties, holidays, occasions and night meetings. Failure to adhere strictly to traffic lights, where there is a large traffic disruption, and crowding Great Traffic. Source

Tourism in Batu, Indonesia .. Find out the most beautiful tourist destinations in Batu ..