White and pink terraces were a tourist stop

So New Zealand scientists have discovered wonderful terraces in New Zealand that are distinguished by their pink and white water surface, and they considered their findings as a marvel of the eighth world. The eighth wonder was discovered in Lake Rotomahana, on the northern island of New Zealand. The two colorful surfaces of the lake disappeared in 1886, and they attracted tourists from all countries of the world during the nineteenth century. We must first know that New Zealand’s runways first appeared in the nineteenth century and were natural, pink and white. The terraces were descended to Lake Rotomahana, on the northern island of New Zealand in 1886 due to a catastrophic volcanic eruption of Mount Tarawera, which was destroyed and obliterated under piles of mud and ash.

How did the stands disappear?

While previous studies have suggested the idea of ​​terraces landing at the bottom of Lake Rotomahana, scientists at the National Library of New Zealand believe that the terraces may be buried on the shores of the lake, and can be restored again. Researchers now believe, based on the diaries lost for many years, that the terraces were covered with ash during the eruption of the volcano, located 10 meters below the surface of the earth, next to the lake.

The research team hopes that an archaeological survey of the region will be conducted, to find the famous stands, although the study requires funding of $ 50,000.

It is noteworthy that the study, which was published in the Journal of the Royal New Zealand Society, interrupted with research conducted in 2011, using a submarine to study the lake floor, and it was said that it found the remains of the terraces.

It is mentioned that there are seven wonders in the world, namely the Pyramids of Giza, the Hanging Gardens of Babylon, the statue of Zeus in Olympia, the Temple of Artemis in Ephesus, the Mausoleus Mausoleum in the city of Helicarnassus, the statue of Rhodes and the Lighthouse of Alexandria. 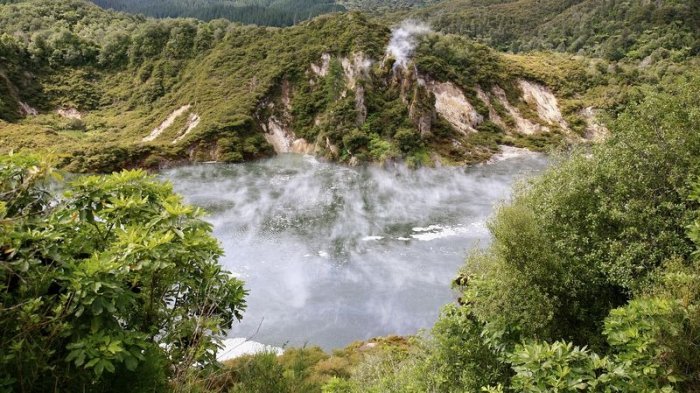 A view from the lake today 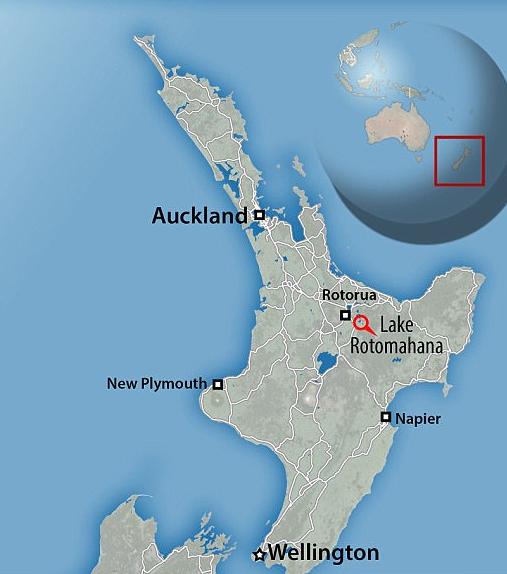 Where the stands are located on the map 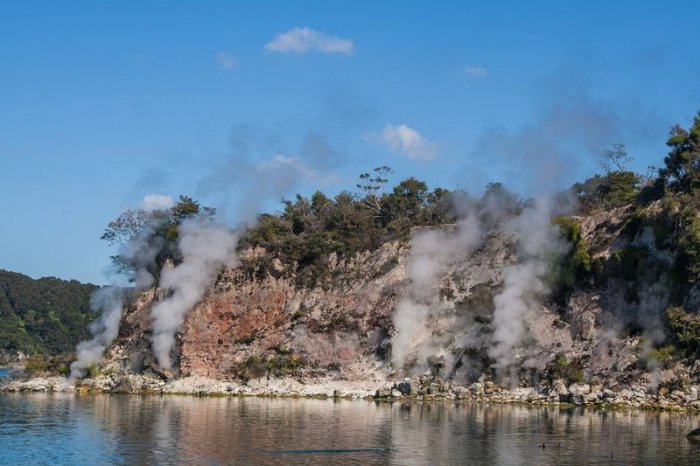 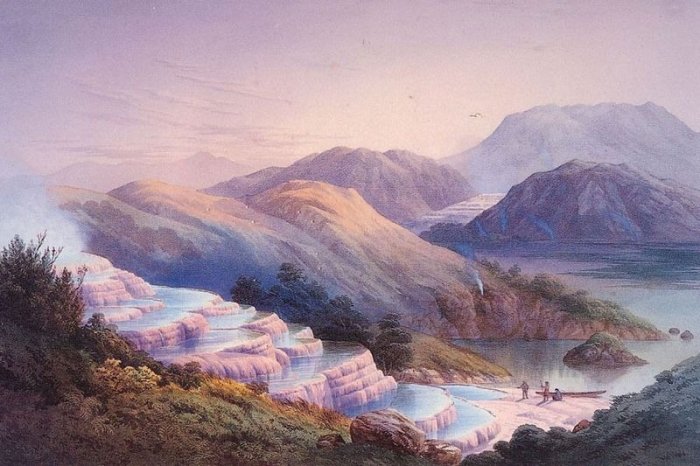 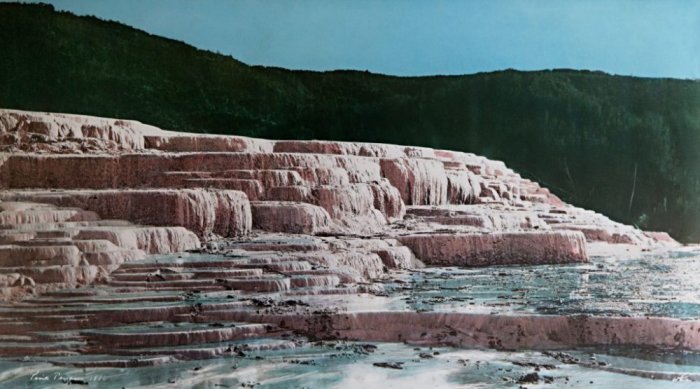 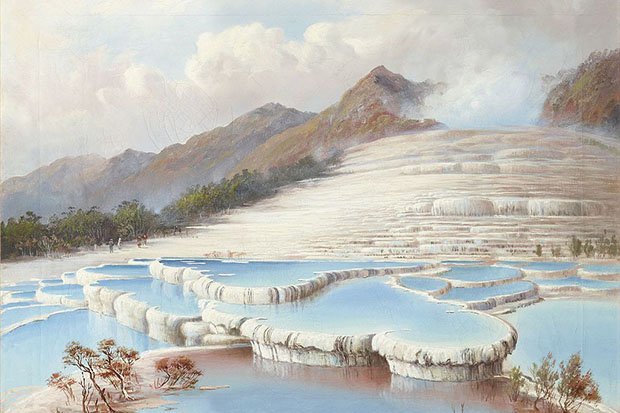 The pink and white stripes are as before 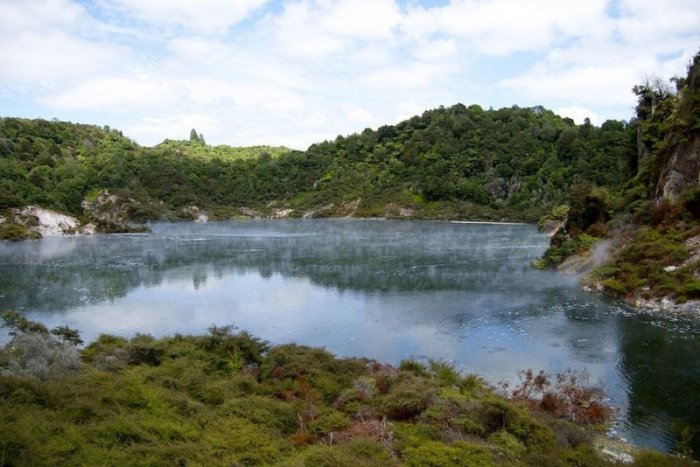 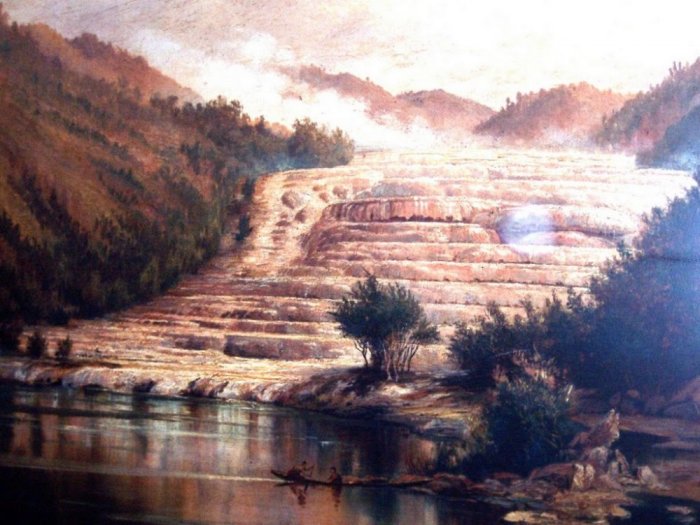 The eighth wonder in New Zealand

The most beautiful tourist places in the Turkish city of Bursa