Dublin tourism .. Learn the most beautiful features of the capital of Ireland

Dublin tourism .. Dublin city is the capital of the Republic of Ireland and is one of the busiest in the country, and Dublin is located near the middle point of the Irish eastern coast, at the mouth of the River Levy, the name of the English city is derived from the Irish name Dubhlinn which means “black lake”.

There are many tourist places in Dublin that attract and invite tourists from all over the world, and these monuments have an important role in stimulating tourism and a reason to travel to Dublin .. Among the most important of these attractions are the following .. Read also: The cost of tourism in London ..

Dublin Castle is one of the most important tourist places in Dublin, and was established in the early thirteenth century at the site of the Viking settlement, and includes relics dating back to the seventeenth century, and has been used for centuries as a watchtower, and as a royal residence for the English state, the British state, and then the Irish administration. In 1922, after Ireland’s independence, to the new Irish government, it is now a government complex and a major tourist site in the country. 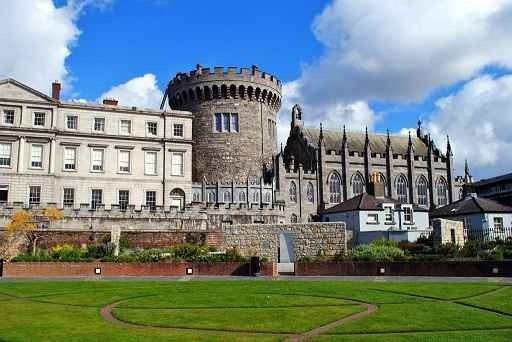 Dublin Castle. The castle is now playing an important role in welcoming distinguished and elite guests, royalty, and presidents. 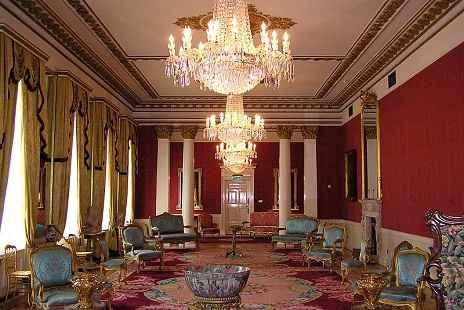 Dublin CastleWorking hours in Dublin Castle … daily from 09:45 in the morning until 17:45 in the evening, except for Saturday and Sunday, where the castle opens its doors at exactly 14:00 pm. Entry prices for adults over 12 years 4,5 euros. For children under 12 years, 2 euros.

Phoenix Park is one of the most beautiful tourist places in Dublin and is one of the largest parks in Europe, and its establishment dates back to the thirteenth century as an elite hunting park and then in 1660 AD was officially considered a park and a royal fishing park, until it opened its doors to the public in 1747 AD in Dublin, the park and one of the The largest enclosed recreational space, and includes vast yards of grassland, trees and lakes. The most important characteristic of the park is the European brown deer flock that has lived in it for centuries, and moves around the place freely. Working hours .. The side gate opens its doors from 7 in the morning until 11 Evening, while the portal Aiqa public open all days of the year .osar entry ..aldjul to park free but some specific facilities and events Price also. Read: The best entertainment clubs in London

Dublin Zoo is one of the most important tourist attractions Dublin Zoo is located in Phoenix Park, which is the largest Irish Zoo, the park was opened in 1831 for the purposes of animal protection, study and education, and its stated mission is to share the world to protect endangered animal species, and the park occupies about 69 acres of Phoenix Park, divided into areas that include a vast array of animal species from different environments. 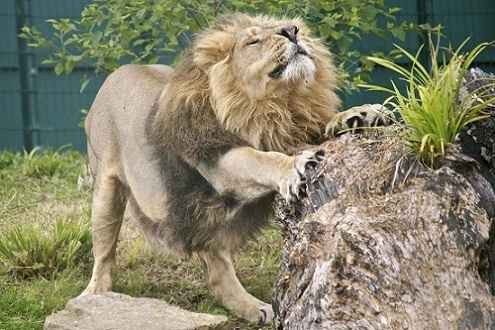 Dublin Zoo, the park is characterized by the presence of some rare animals, including the Asian lion in the Asian forests, the species of orangutans in the Orangutan forests and the new Indian elephant in Kaziranga, the friendly sea lion in the Bay of Sea Lion and is characterized by the presence of the African plains, the reptile house, and taking some pictures of the threatened red panda twins Extinct. 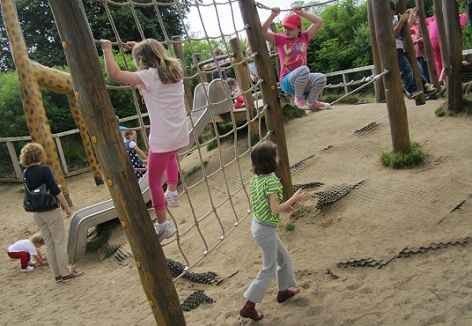 Dublin Zoo: The park includes two gift stores that feature a wide range of exquisite goods. Entry prices … for adults over 16 years old 17,5 euros … for children between 3 to 16 years old 13 euros … and older people over 65 years 13,5 euros. The park is free for those under the age of 3. Working hours are every day from 9:30 in the morning until 17:00 in the evening.

St. Stephen’s Green is the most famous Victorian public park in Dublin, Ireland, and is one of the most beautiful places in Dublin. It was opened in 1880, and the garden covering an area of ​​9 hectares has been preserved with the same layout of its original Victorian construction, with its surrounding trees. It is considered one of the most important tourist places in Ireland.The nature of the park is amazing in all seasons of the year, and this includes a Victorian lake, and Swiss-style facilities in the center, and the park includes 3.5 kilometers of roads, in addition to lakes, waterfalls, fountains, many sculptures, statues and memorials. Interestingly, the park features secret gardens, distinctive terraces and lounge chairs, as well as large green squares for family outings. 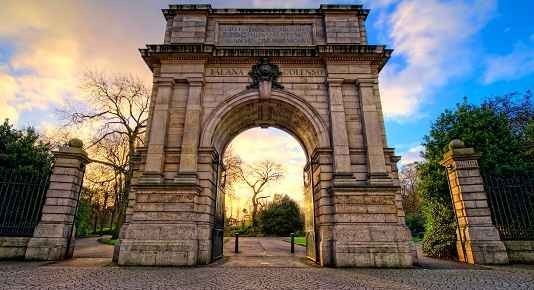 St. Stephen’s Green Garden hours open from 7:30 am until sunset. Except for Sunday, visitors are welcome at 9:30 am. Admission is free. 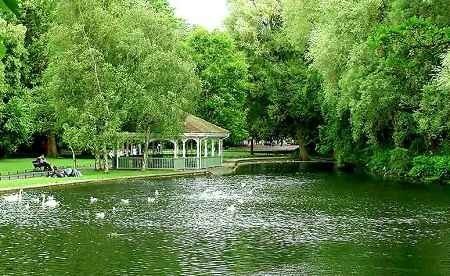 It is considered one of the most important places of tourism in Ireland, located three kilometers northwest of Dublin city center, specifically in the Glasnevin area. The parks cover an area of ​​19.5 hectares between the Prospect Cemetery and the Tolka River, as it forms part of the flood plains of this river. In 1795 AD, it evolved to include 20,000 species of living plants and millions of samples of dried plants. The gardens include many architecturally respected greenhouses, and participate in many national and international initiatives to conserve biological diversity and sustainable development. 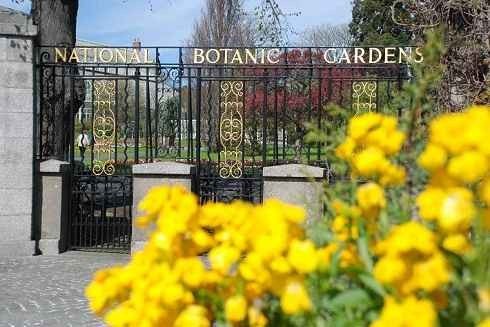 National Botanical Gardens, admission fees are free, and parking rates are symbolic. Hours are generally from 9:00 a.m. to 17:00 p.m., except for Saturdays and Sundays where the parks open at 10:00 am.

It is one of the best tourist attractions in Dublin. Malahide Castle, some parts dating back to the twelfth century, is located near the village of Malahide, north of Dublin. The castle covers an area of ​​1.1 square kilometers and was home to a family of approximately 791 years. The first balloon berth was established in Its lands are in 1918 AD. The castle is considered one of the most important places of tourism in Ireland, Dublin, and the place next to the castle includes very impressive botanical gardens. 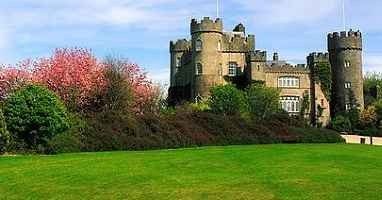 Happiny Bridge is one of the best tourist attractions in Dublin and was built in May 1816 AD as a pedestrian passage over the River Levy in the city of Dublin. While maintaining most of its components, a number of love locks were removed from it in 2012 AD, and in 2013 CE the council responsible for the bridge removed more than 300 kg of love locks, and put up signs preventing their placement. 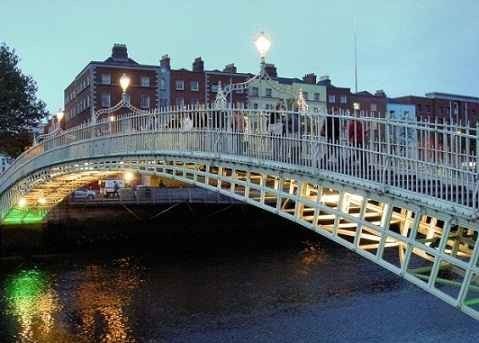 The Rock of Cashel Rock known as Castle of the Kings and St. Patrick’s Rock, is one of the most important tourist attractions in Ireland and is a historic castle two hours away from the city of Dublin and the castle is an amazing group of medieval buildings that were built on a limestone bump in Golden Ville. Buildings to the 12th, 13th and 15th centuries. The castle includes an audio-visual display, as well as galleries for historical exhibits. The bridge connects the regions of St. Capple and O’Connell, and is one of the tourist attractions in Ireland and an important symbol of the city of Dublin. 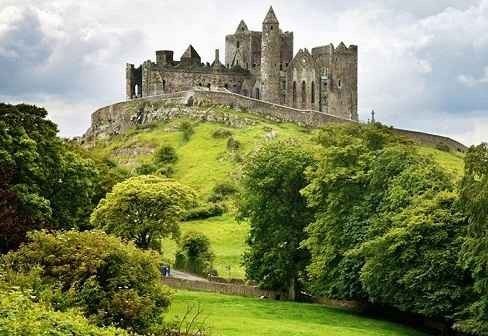