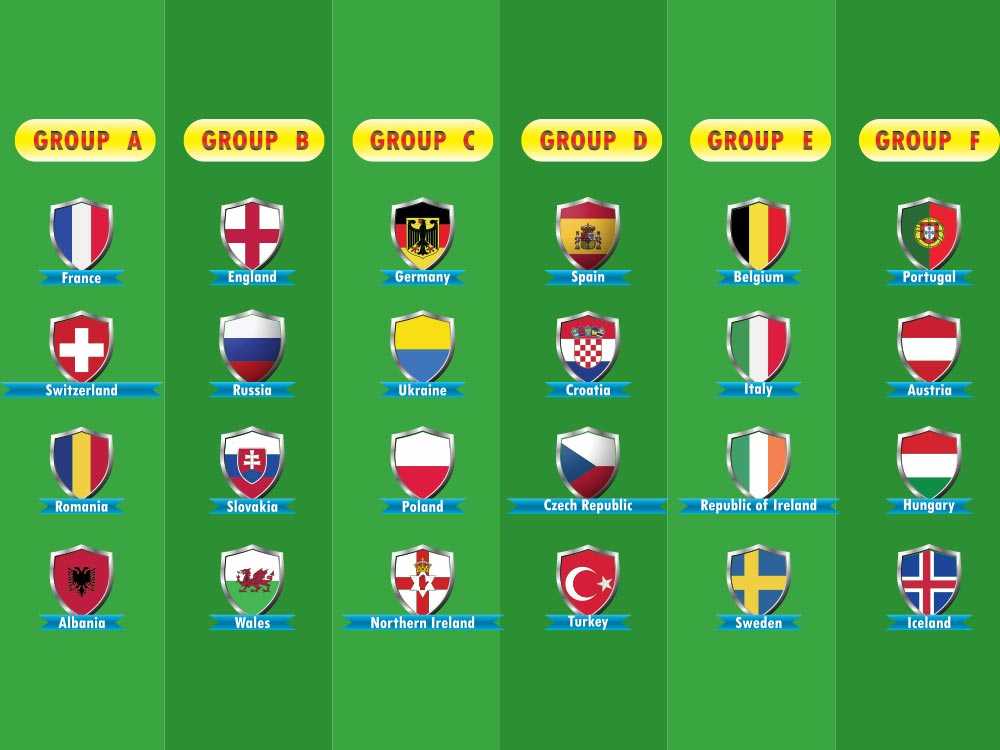 France seems to be the unique flavor for Europe in 2016, as it will host one of the most-watched football tournaments around the world, namely the 2016 European Nations Championship! This year the seventeenth edition of this major tournament belongs to the first country that hosted it, as the idea of ​​creating the tournament was originally Henri Delaunay, Secretary-General of the French Football Association in 1927, to see the tournament light with the participation of 16 teams in 1960. And this year, he will compete for The European Nations Championship is 24 teams instead of 16, which means a high level of suspense and excitement, as large numbers of football fans will go to France to encourage their national teams. Perhaps you will not find a better time to visit France than the period from 10 June to the final on 10 July. France will wear the best suit during the 2016 European Nations Championship, to offer its visitors an amazing experience that includes mixing football fans and tourists from all over the world under one roof in this European country. Explore with us the ten destinations that will host the European Championship matches 2016. 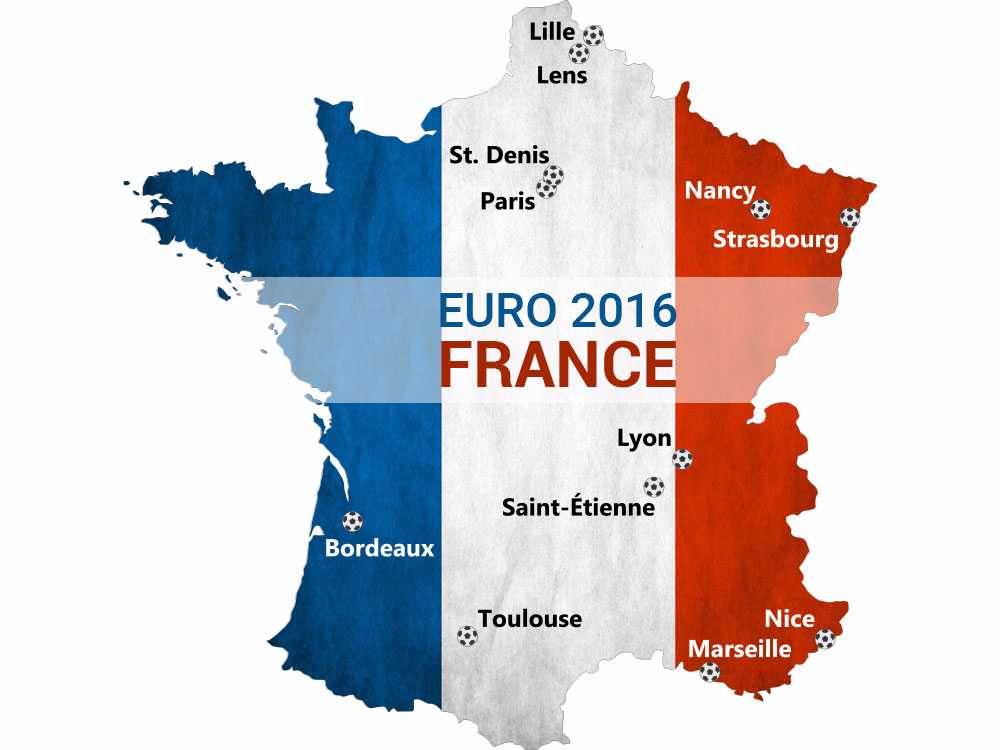 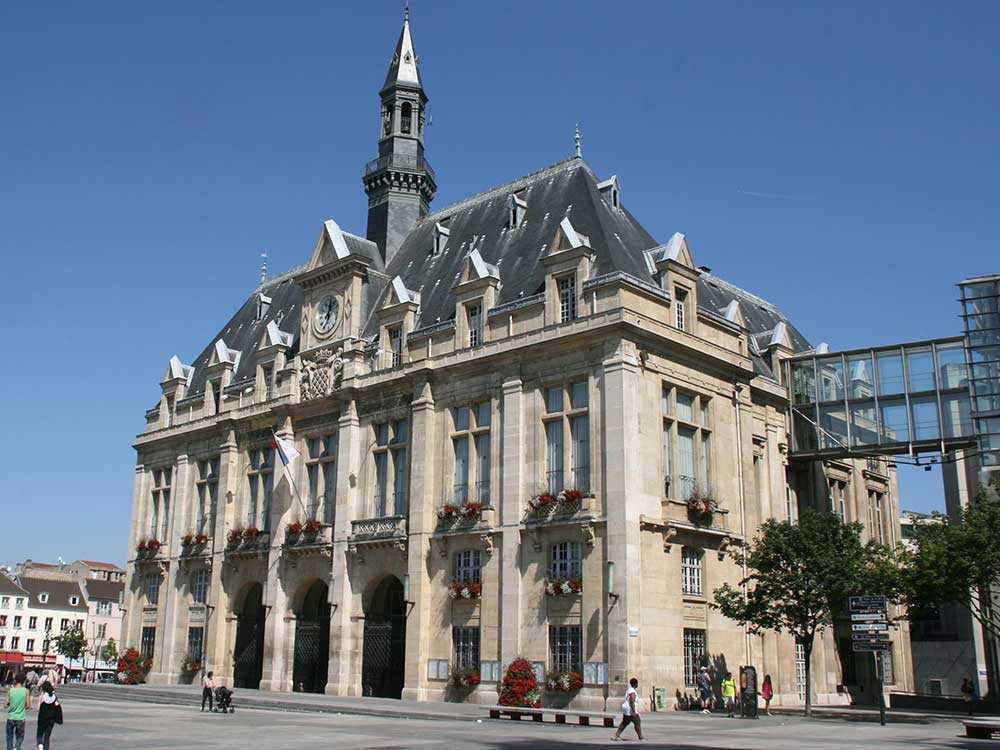 The Stade de France is the national stadium in France, and it holds wonderful memories in the hearts of the French, as it is the same stadium that witnessed the crowning of the blue roosters as world champions after they won the World Cup on their soil in 1998. The stadium is located in the suburb of Saint-Denis, north of Paris, which is far from the French capital 32 minutes by car. Because of its proximity to Paris, it provides a great base for sightseeing in the French capital, and do not forget that the final match of the European Championship 2016 will also be held in Saint-Denis on the tenth of July. 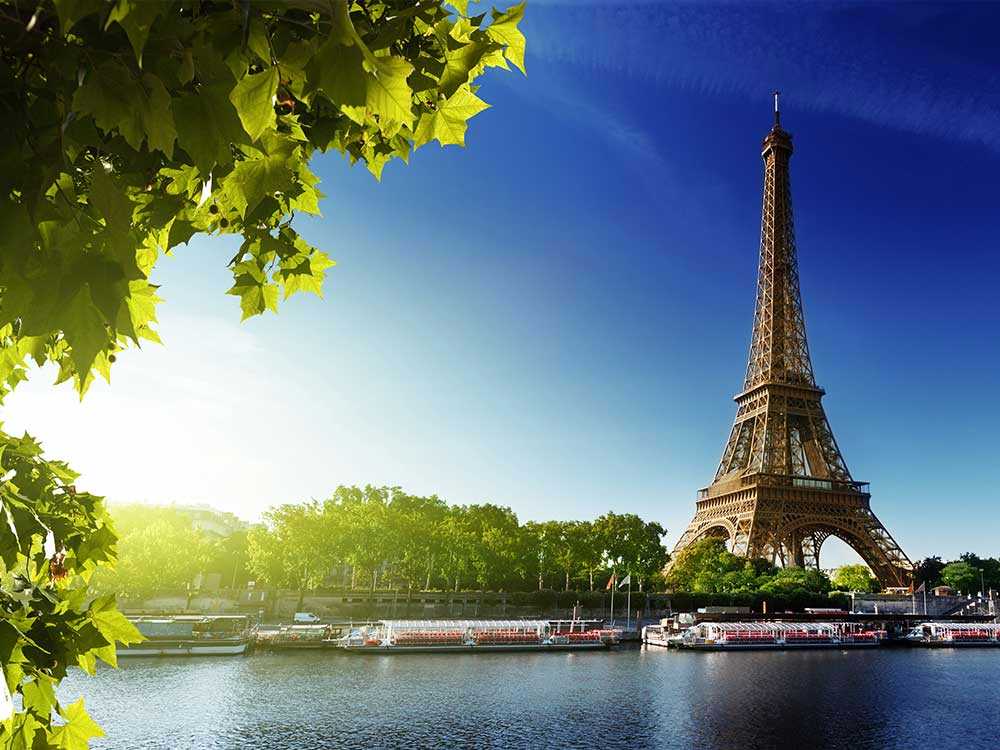 The Parc des Prince stadium is one of the most brilliant stadiums in the world, and it is the stadium that hosts the matches of Paris Saint-Germain, the French Premier League champions. The stadium will host four group stage games during the tournament, including one that brings together Turkey and Croatia, which is expected to be a fun match. Besides watching these great matches, explore the Eiffel Tower, embark on a beautiful cruise on the Seine, and enjoy the atmosphere of the world-famous Mulan Rouge club.
Tourism in Paris – the tourist places in Paris
Tourist places in France 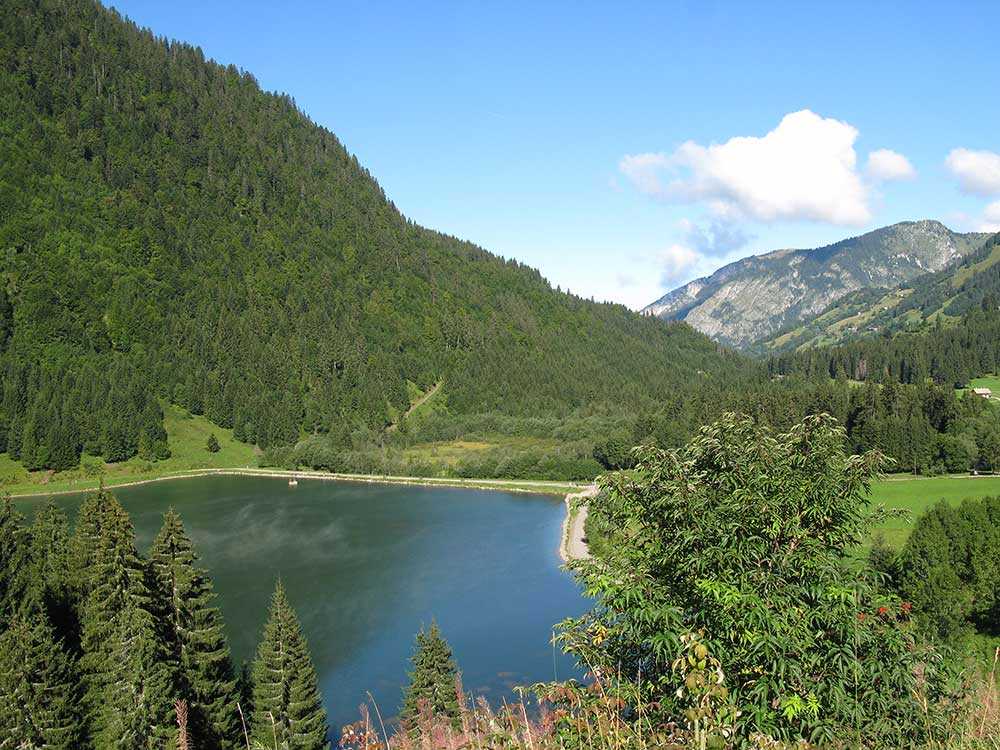 The beautiful city of Lens, in northern France, will host the 2016 European Championship matches at the magnificent Polar Dololi stadium, and the June 16 England and Wales match is expected to be an exciting match between the two traditional rivals. Another match between the Czech Republic and Turkey will take place on June 21 and is expected to be a heavy-caliber match. And if you come to the city, don’t miss the Louvre-Lens Museum and the Lense 14-18 Center War and Peace History, among many other highlights. 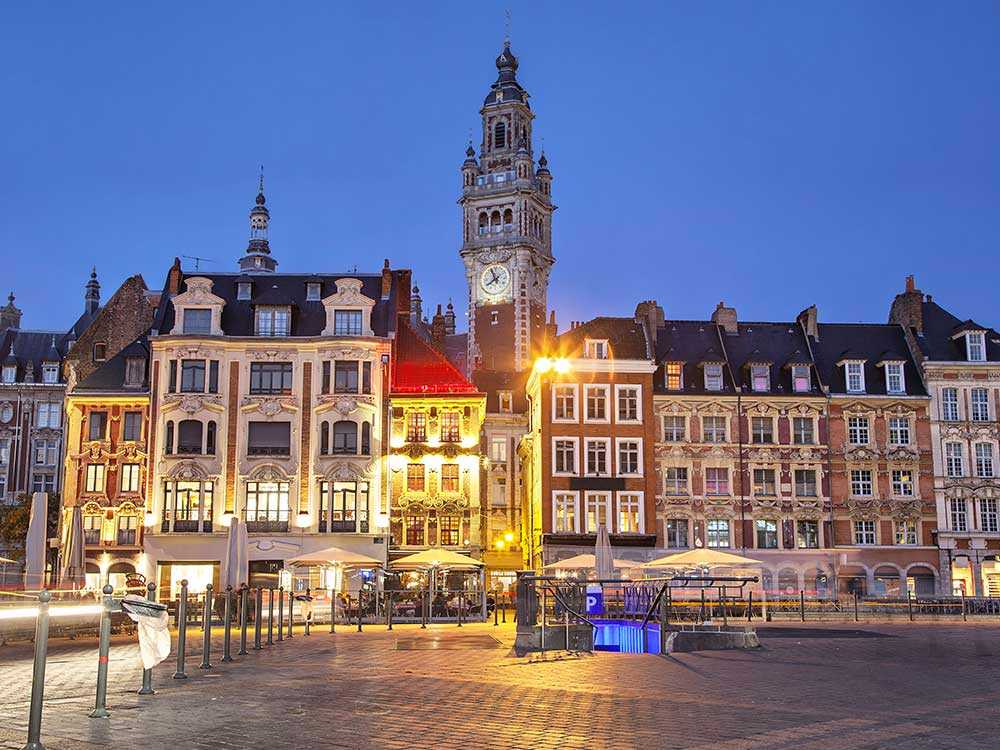 Lille is located in the north of France, and it is one of the cities that will host the 2016 European Championship matches. Four matches will be played at Pierre Morois stadium, including the fiery confrontation between Switzerland and France on June 19. This stadium is the official stadium of Olympique Lille Sports Club, which is one of the most popular teams in the French first division. In the city of Lille, you can visit the Palace of Fine Arts, Saint-Etienne, Saint-Maurice, the Grand Palace, the Hospice Museum and the Vauban Park. 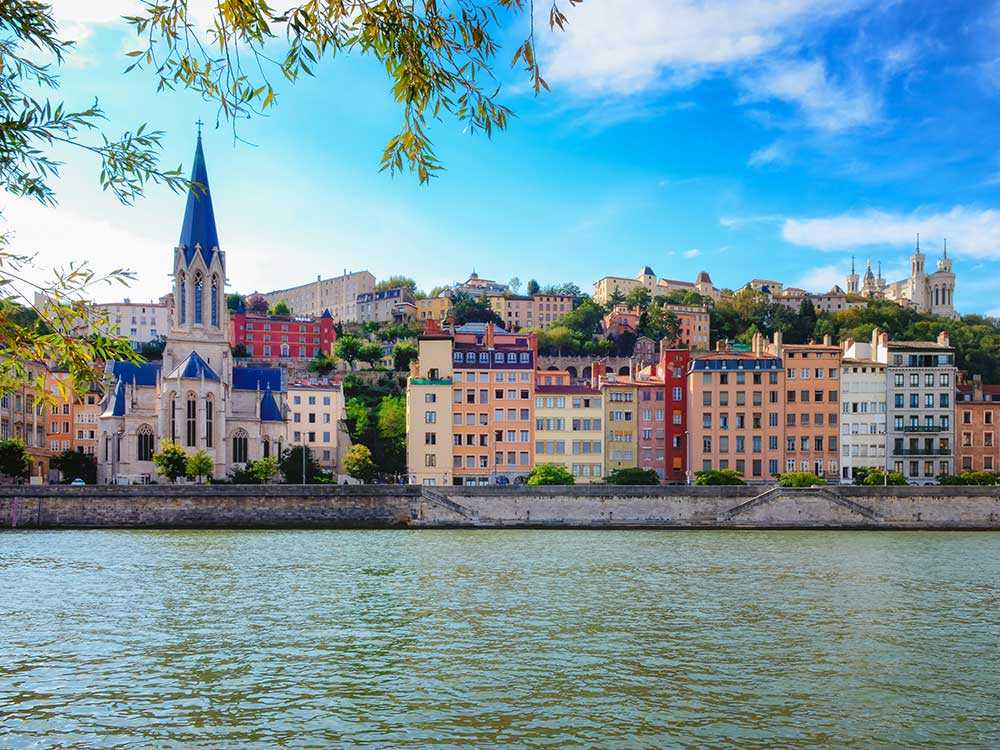 Lyon is located at the meeting point of the Rhône and Saône rivers, in the Alpine Rhone region, and has a long history of more than 200 years, which will be a prominent attraction alongside the magnificent Park Olympic Stadium. The stadium, which is the home of Olympique Lyon, one of the most successful French teams in history, will host four matches in the group stage and the semi-final match on the sixth of July. The Belgium-Italy match on June 13 deserves to be watched, which is a match between two teams for the 2016 European Championship. In Lyon you can visit the Vieux Lyon, the Forever region, the Botanical Garden, the Bartholdi Fountain, the Church of de la Trinite, the Cathedral of Lyon and many amazing heritage monuments. 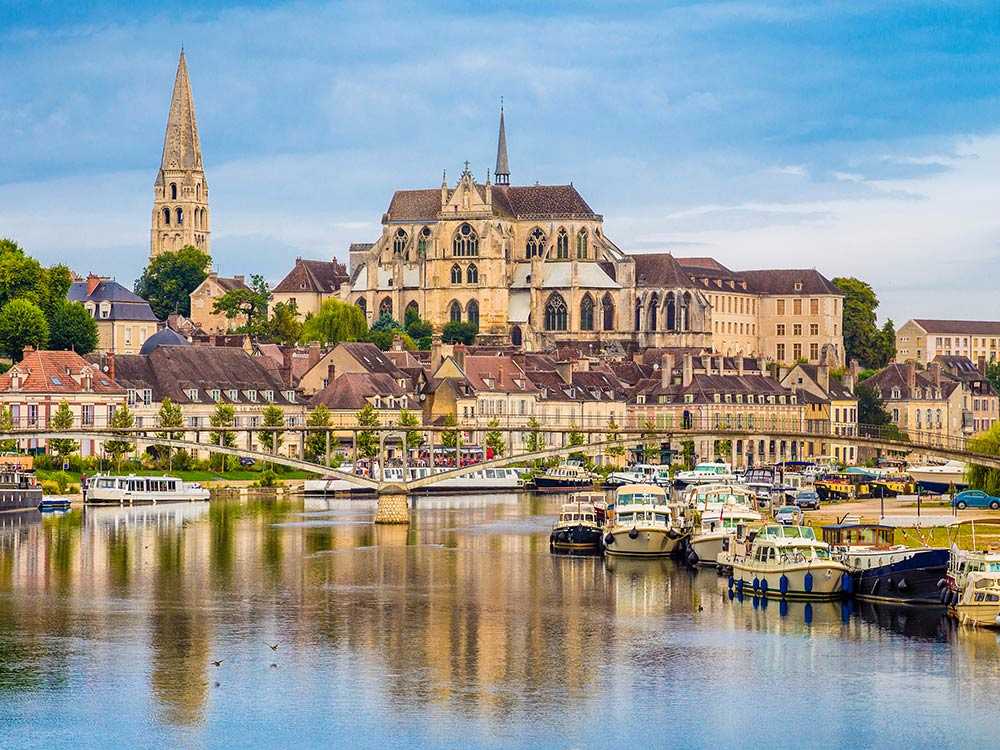 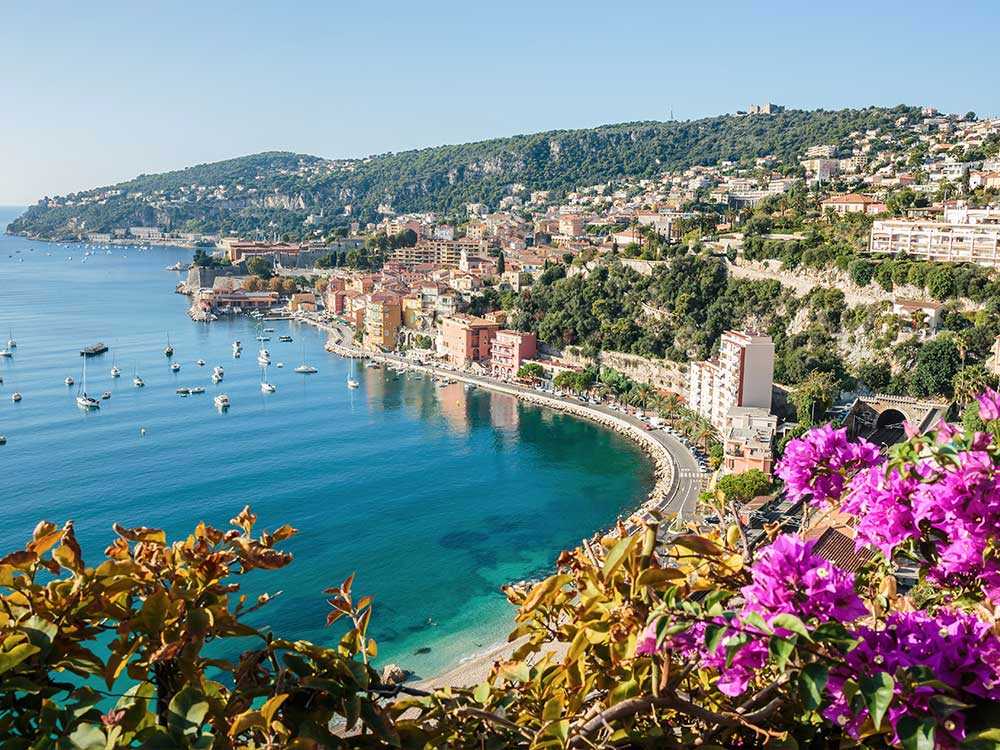 Nice city on the coast of the classic French Riviera is one of the most beautiful cities in the world, and is famous for being one of the best luxury tourist destinations. Nice will appear in its finest analysis when the Allianz Riviera stadium hosts four matches, including a confrontation in the round of 16, and the upcoming match between Spain and Turkey will be held on June 17, which is expected to be a remembrance match. As for the sights in Nice, on top of which is the French Riviera, which is worth visiting. Besides, visit its charming cities such as Cannes, Saint-Tropez and Monaco, while in Nice you can explore Nice Cathedral, Museum of Fine Arts, Matisse Museum, Marc Chagall Museum and Notre Dame de Nice Cathedral. 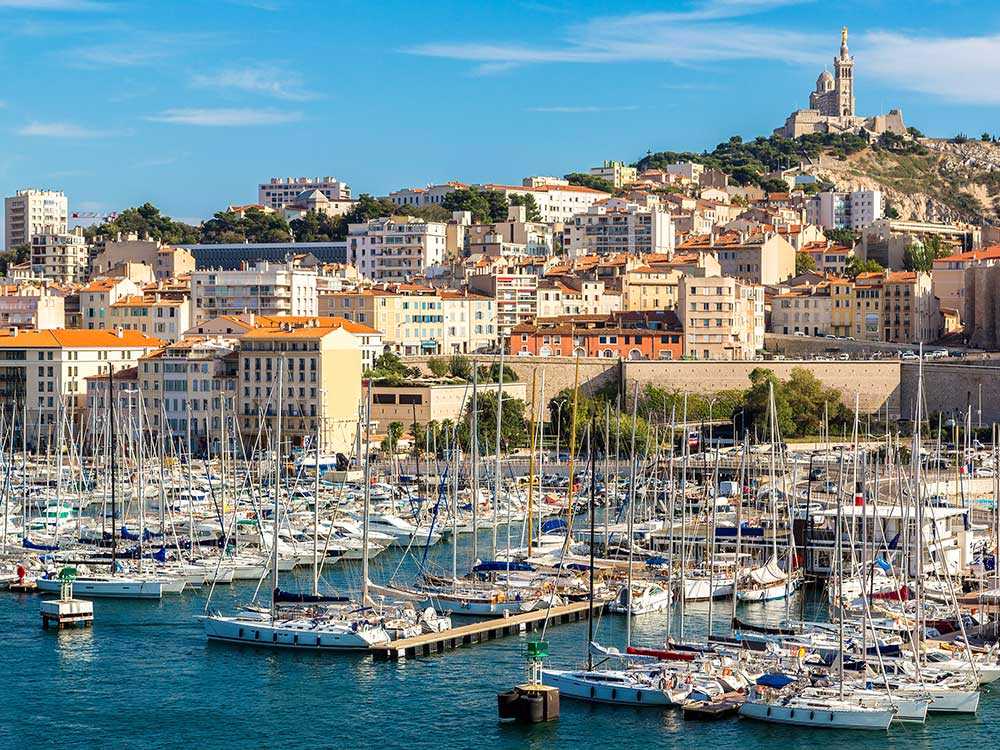 Marseille is the second largest city in France, located in the Alpine region of Cote d’Azur and famous for its scenic landscapes, rich cultural heritage, and a wonderful Mediterranean climate. The Velodrome in Marseille will host a quarter-final and two semi-final matches, as well as three group stage matches. England faces Russia on this stadium on June 11, while France hosts the host country against Albania on June 15. In Marseille, you can explore the old port of Marseille, the Longchamp Palace, the Notre-Dame de la Garde cathedral, the Castle of Saint John, the Marseille cathedral, the Museum of the Groubad Labadi and the Magallon park, among many others. 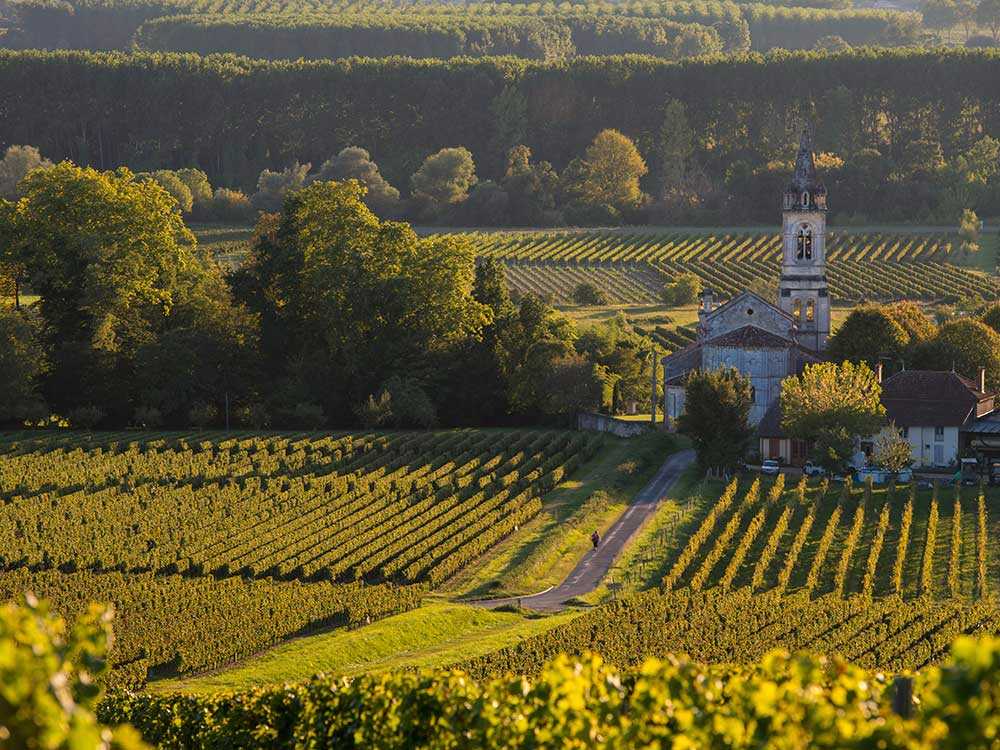 Bordeaux is one of the most sought-after destinations in France these days thanks to the historic old city site which UNESCO has included as a World Heritage Site. Bordeaux is distinguished by its striking beauty, abundant castles, vineyards, and French villages, as well as its historic old town. The new Bordeaux stadium will host four group stage games and a quarter-final showdown of the European Championship 2016, and you can watch a heavy-caliber match between Croatia and Spain on June 21. In between matches, he arranged a visit to the Grand Theater of Bordeaux, Bordeaux Cathedral, La Bourse Square, Aquitaine Museum, Saint Michael Church and Bordeaux Botanical Garden. 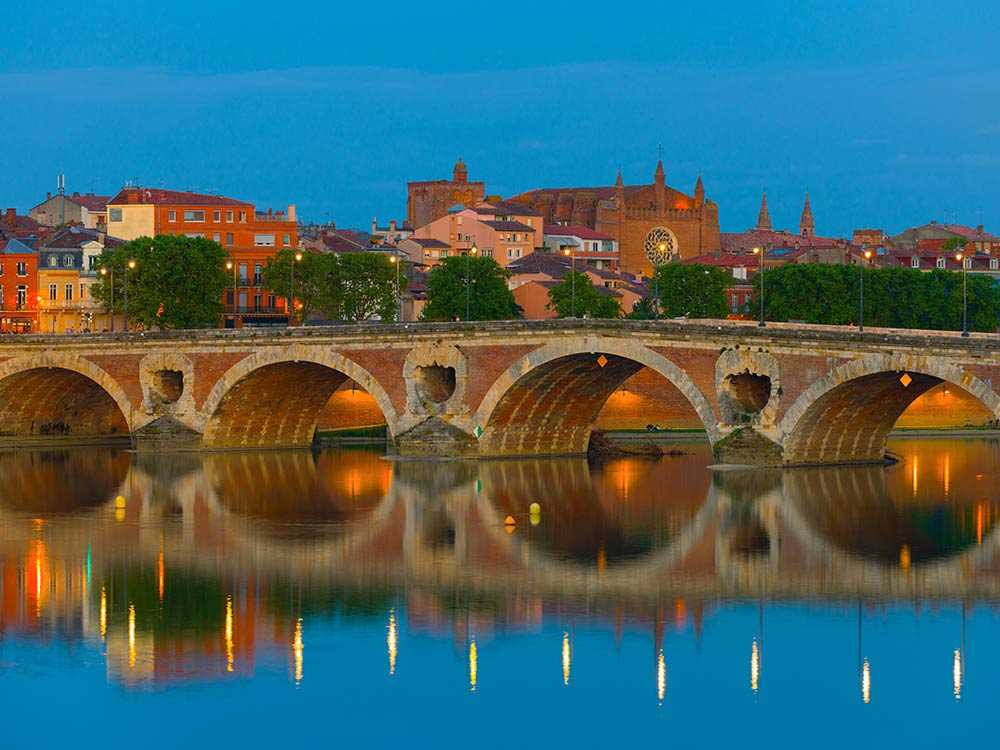 Toulouse is the capital of the Upper Garonne region, located on the banks of the Garonne River and famous for its culture and heritage. Toulouse Municipal Stadium will host three games in the group stage and confrontation in the quarter-finals. Attention is turning to the upcoming meeting between Spain and the Czech Republic on June 13, and another meeting awaits the lovers of the round witch, bringing together Italy and Sweden. Cheer up with the amazing matches and explore the cultural heritage of Toulouse Cathedral, Capitol de Toulouse, Space City, Augustine Museum, Toulouse Museum, Saint Raymond Museum and Saint-Sernin Cathedral in Toulouse.

My trip to Goa – Goa India