Bahrain is distinguished for its many tourist areas and sites despite the small size of the country, as it contains tourist sites and monuments that attract tourists from all the Arab Gulf countries and the world, and many family parks in Bahrain are familiar with them. 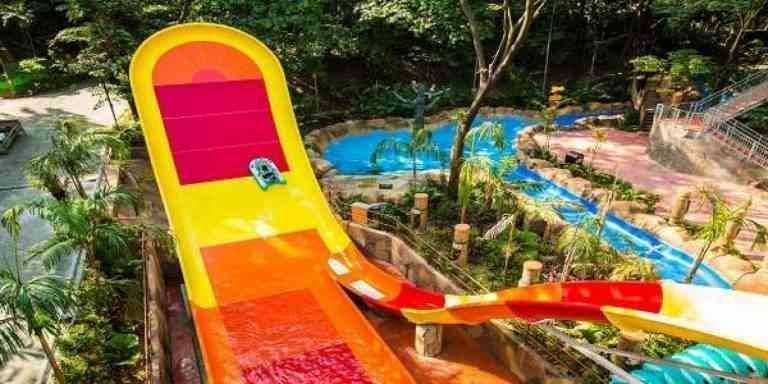 Lagoon Park – Family parks in Bahrain Bahrain Established Lagoon Park in the famous Amwaj Islands in the Muharraq Governorate in the Kingdom of Bahrain, it is considered one of the best family parks in Bahrain. It is considered one of the important commercial centers, as it contains about 77 commercial stores operating 12 hours a day, along with A lot of well-known international restaurants, which directly overlooking the beach, making it a unique destination for visitors and tourists to spend a fun and entertaining time. The visitor shopping inside the Lagoon Park contains 77 different stores, allowing the visitor and the tourist the opportunity to buy and shop among the famous international brands Well-known and also Bahraini national products. 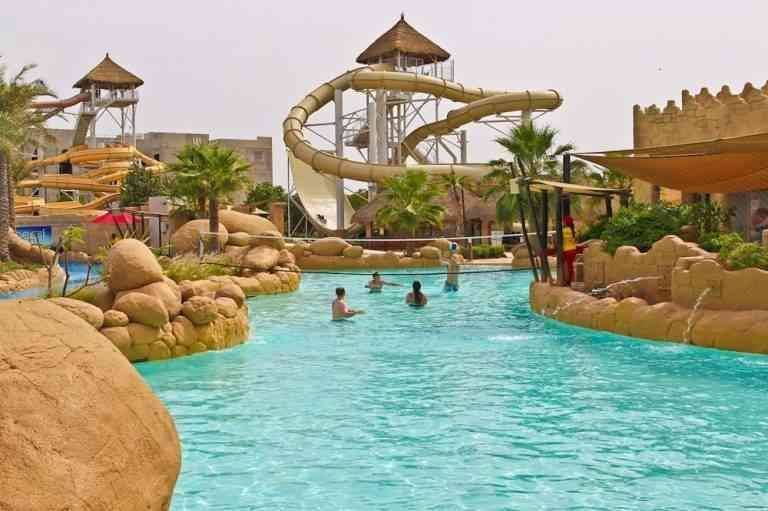 Water park – family parks in Bahrain Bahrain is one of the largest water parks in the Kingdom of Bahrain, but in the entire Middle East and one of the most beautiful family parks in Bahrain, which opened in 2009, and is also located in the Al Areen area in the southern province, which is located in the Kingdom of Bahrain, and the park takes the same designs of civilization Dilmun, which exist 4000 years ago, the garden also features a rare and distinct design from other designs. The water games park includes a huge number of different games that suit adults and children, as it is covered with beautiful green landscapes, and it is spread in the garden Cafes and restaurants that serve visitors and tourists. 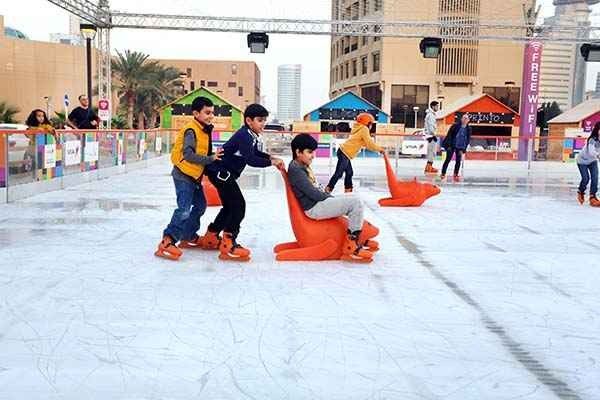 Khalifa Bin Salman Park – Family parks in Bahrain Bahrain Khalifa bin Salman Park is located near the bridge that leads to Muharraq Island in the city of Manama, the capital of the Kingdom of Bahrain, and one of the best family parks in Bahrain. The park is famous for its beautiful and beautiful view of the city of Manama, in addition to that It includes many natural green spaces overlooking the sea, which makes it a scene that gives a feeling of joy and happiness, and visitors can spend a fun and entertaining time inside the park.

It is one of the important and famous tourist attractions in Bahrain, as it includes large green spaces covered with beautiful green trees, in addition to the many parks and enjoying the attractions that attract the attention of families and friends. It is considered one of the best family parks in Bahrain, and the Marina Corniche Bahrain contains galleries to play, including a game Bowling and other games, bypassing restaurants that offer delicious and delicious foods as well as cafes. 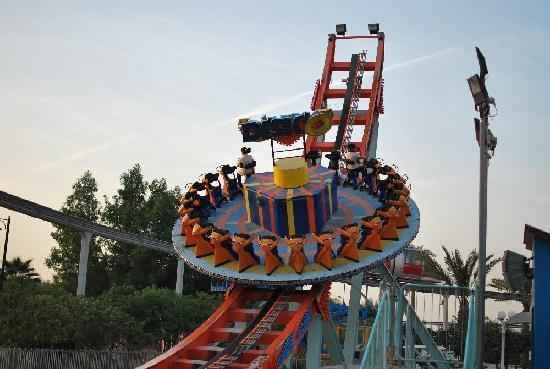 Adhari Park – Family parks in Bahrain Bahrain The park is located within the area of ​​Ain Adhari, which includes the park and a special area in which restaurants and cafes are located, in addition to some stores and stores that sell various products and souvenirs and other sales. And known as Adari Park contains about 38 varied games of famous games for adults And children too, which makes it one of the most beautiful family parks in Bahrain.

Wahooo Water Park is located in the Bahraini capital, Manama, specifically in City Center Bahrain, and includes you to experience many fun and entertaining water games. Inside and covered in a private hall. 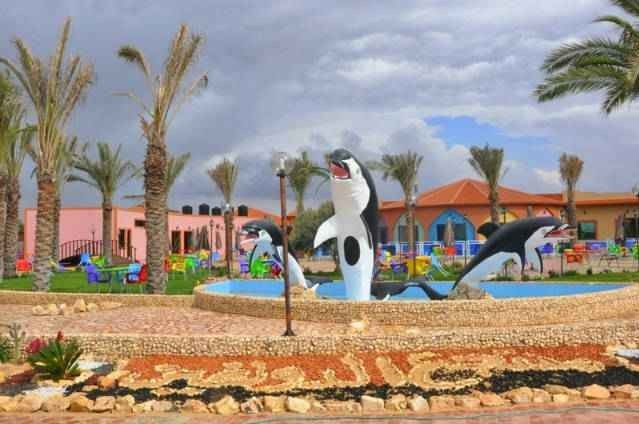 Dolphin Resort – Family parks in Bahrain Bahrain is characterized by providing the vision of the most enjoyable and entertaining acrobatic shows that are related to marine dolphins in lakes overlooking the sea. The Dolphin Resort is located in the center of the Marina Corniche in the Bahraini capital, Manama, Suitable for young and old.

The reserve was established in 1976 in a desert area where the rock is located in the Kingdom of Bahrain. The Al Areen Reserve area contains two parts, one of which is the reserve itself, which requires a permit to visit. The other part is the park and zoo, where the park contains many local plants and animals in addition to some Of the animals and plants that were brought from Asia, Africa and others, and reach 100,000 plants and trees, and more than 50 animal species and 90 species of birds. 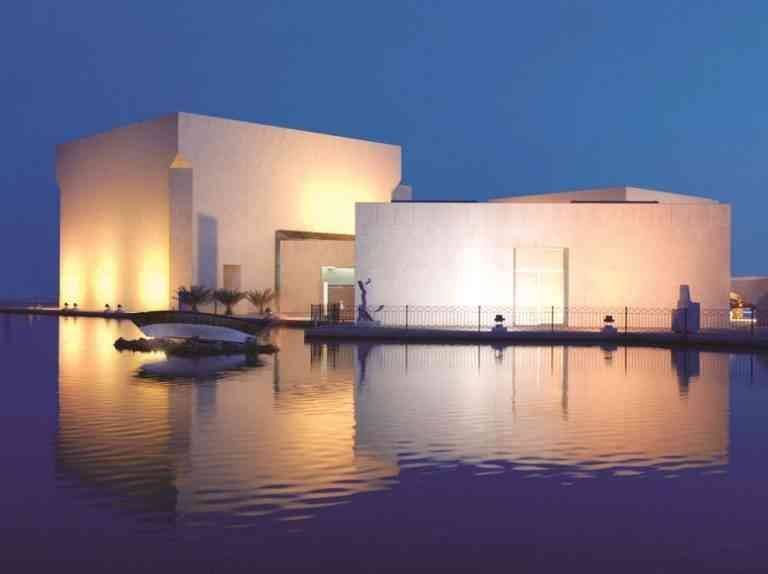 The Bahrain National Museum – Family parks in Bahrain Bahrain is one of the beautiful architectural monuments in Bahrain, opened in 1988, and its main yard runs along the coast of the Arabian Gulf, where it is considered the first museum built in the country, and tells its history dating back 5000 years. The museum contains a wide range of Antiquities and heritage, including manuscripts of the Holy Qur’an, notes and books revolving in astronomy, historical documents and letters, some varieties of plants and animals that are located on the land of Bahrain, numerous artistic paintings, etc.

Bahrain Fort, and sometimes they call it Bahrain Fort, which is one of the archeological sites in Bahrain which was the capital of the Dilmun civilization, then today it became one of the sites that have been included in the list of UNESCO World Heritage. The castle has lived through a lot of research and exploration and ancient archaeological missions that search for The features of this ancient civilization. The castle consists of seven different levels located on an area of ​​10 thousand square feet, and its height reaches about 12 meters. 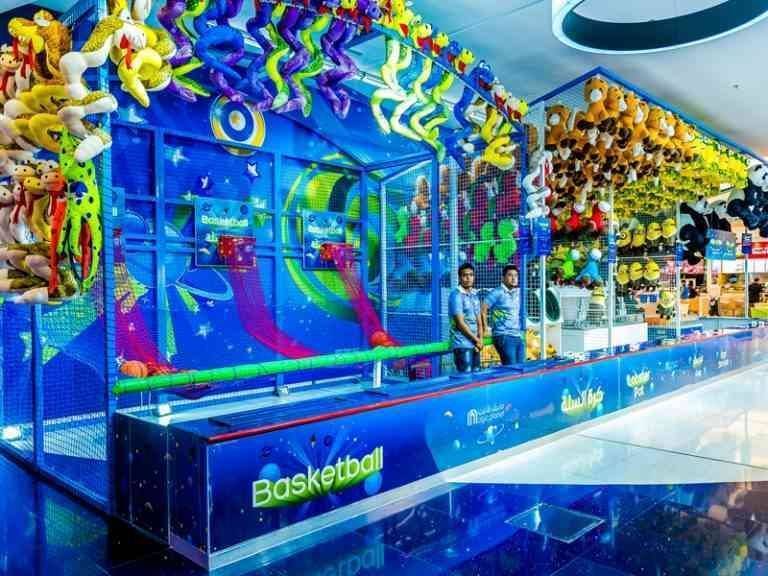 Fun Land Center – Family parks in Bahrain Bahrain Van Land or as some call it “Fun Land” is located in the Marina Corniche towards Al-Fateh Street in Manama, and is considered one of the most beautiful family parks in Bahrain and the city of games contains a ski hall, accommodating up to 200 people and supervises It has a British coach, and the city also includes an ice hockey hall, and there are Gulf clubs and clubs, along with skittles throughout the week. 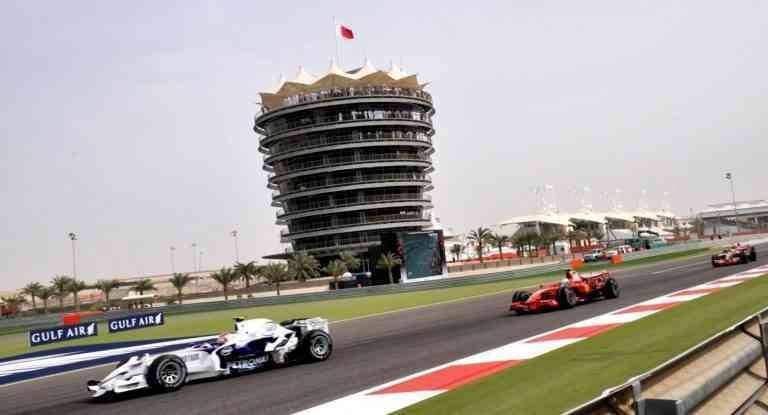 Bahrain International Circuit – Family parks in Bahrain Bahrain The Bahrain International Circuit is located in Sakhir, which includes a number of circuits, and is one of the most important family parks in Bahrain. The visitor can train to drive racing cars as a kind of experience, and also compete in one of the races, as well as There is a qualification race and another for adults that starts from 15 laps, in addition to a race for children that includes 10 laps.

There is a mountain of smoke in the south of the Kingdom of Bahrain, where it is one of the best family parks in Bahrain, where many families accept to visit this mountain to entertain and enjoy the camps and see the caves and various caves. It is possible to hike and enjoy the beautiful scenery and the splendor of the desert, especially in the evening periods in the light of stars Luminous and recorded the height of the mountain about 134 meters from the surface of the sea, and this mountain was called the Mountain of Smoke due to the fog around it, especially in the wet days.

Lake Geneva and the best 5 hotels overlooking it