Family places to stay in Tunisia .. Tunisia is characterized by the inclusion of many places of evening that are popular with families, so Arab travelers give you the best and most famous of these places.

Find out .. family places to stay in Tunisia 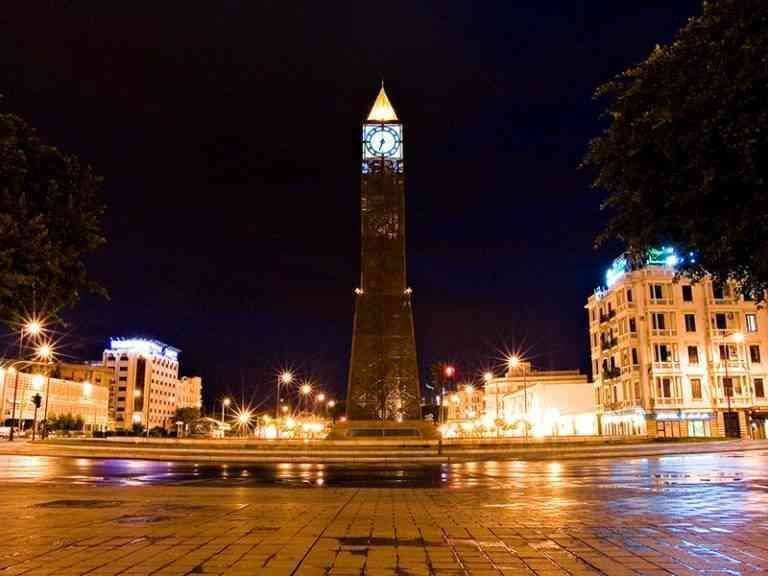 – Street “Habib Bourguiba” .. the most important and famous main street in Tunisia and its length is about 1500 meters, it bears the name of the first president of the Republic of Tunisia and this name was called on all major streets during the era of Habib Bourguiba, but they were changed except for this street, which kept its name since independence in 1956 To this day, it is considered a witness to the history since the occupation of the French and then independence, and in recent times it witnessed the Tunisian revolution and its importance is due to the branching out of a number of the main streets of the capital, such as Cairo Street, Algeria Street, Rome Street, Paris Street, Mohamed Khamas Street and Gamal Abdel Nasser Street, and the street turns From a place of cheek In the morning, due to the presence of a number of governmental bodies in it to a tourist, recreational and cultural place in the evening, as it turns into a beautiful piece of art, the walkway is lit and decorated with trees on both sides, and there are plays and musical performances performed by poets and artists from different countries. The street includes a number of landmarks such as the Statue of Ibn Khaldoun and the hour. Also read: Tourism in Tunis, Hammamet … where luxury and pleasure..and spend the most beautiful trip

Activities you can do with your family on Habib Bourguiba Street

– Al Habib Street expresses the pulse of life in Tunisia, so you can attend the wonderful music festivals held, and educational and educational seminars and conferences. – Walk around the street at night in the open air to enjoy watching the buildings of a European character as it resembles the French Champs Elysees Street, so you will feel that you are in another world of beauty behind every building history and exciting stories. – Play with your children under the trees surrounding the street from the sides and enjoy watching birds and beautiful birds that Build their nests on top of these trees. – Eat a delicious Tunisian meal in one of the restaurants on both sides of the street with your family, and there are also international restaurants in it, and then eat hot drinks such as coffee or tea with mint added to it nuts such as nuts, almonds or wonderful cocktails and not. Delicious ice cream – buy what you want for you and your family from the shops on the street that offer the finest products. – If your family is a fan of fast food, the street and the streets branching from it are spread with shops devoted to takeaway meals that you can buy and then eat while you are roaming .– if you are from Movie lovers, you can watch the latest movies in the cinemas spread across the street. 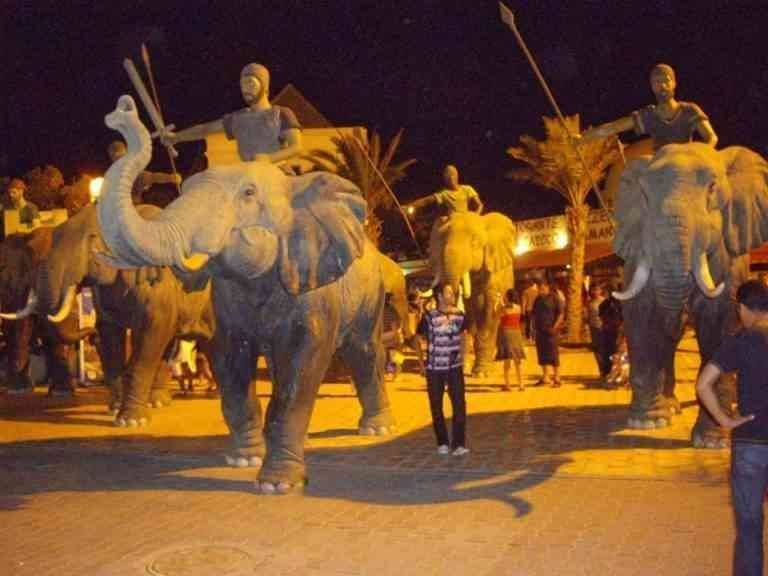 – “Carthage Land” .. the most famous amusement park in Tunisia, but one of the best parks in the region surrounding the Mediterranean, was opened in 2014 and an area of ​​33 thousand square meters, characterized by its beautiful architectural form in the form of historical buildings and all the facilities that the family needs of spaces Green to play and walkways for recreation and places for children and a garden that includes many water games and a section for games called “Ali Baba” and if you love cinema you can watch one of the films in a cinema of 7 dimensions and you can also buy gifts from the stores in it and for dinner we recommend that you eat it One of the The existing feeder out, funfair continue to work at night until midnight .alsaahh in Tunis .. a trip to the city, “antique” the most beautiful cities of Tunisia Green … Read also: 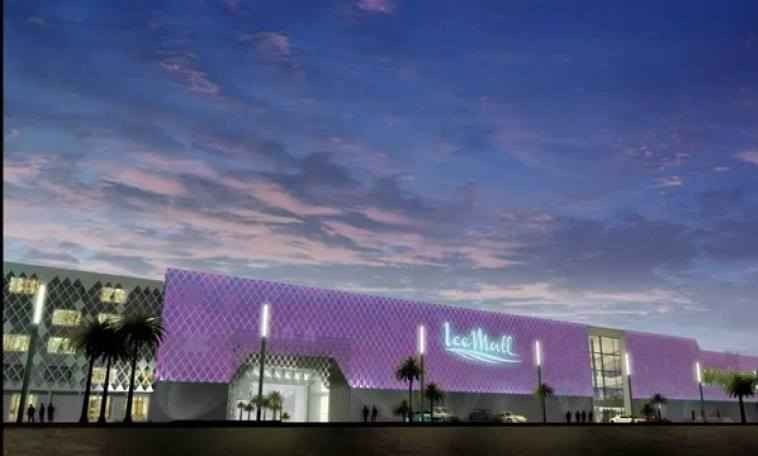 – Family places to stay in Tunisia .. “Ice Mall” is located on the road to Bizerte, 16 kilometers from the capital, a distinctive mall in Tunisia, it is not only a shopping center but also a family and cultural entertainment center also, millions of tourists go to it, whether local or foreign Day and night because there are many services and activities in it such as restaurants, hotels, cultural activities, sports for different groups, whether young or families, we advise you dear tourist to accompany your family and go to him to spend a fun time in ice skating as he owns a ski area of ​​1600 square meters, if your family is from Arts and crafts lovers, you can Entering the cultural exhibition in it to see the painters and their beautiful artworks in addition to handicrafts and buying what you like of them and you cannot miss shopping in it as it includes a group of the best shops that include local and international brands and after that they went to dinner in one of his restaurants that offer different kitchens such as Tunisian cuisine, Lebanese, Italian, French, Korean and American. 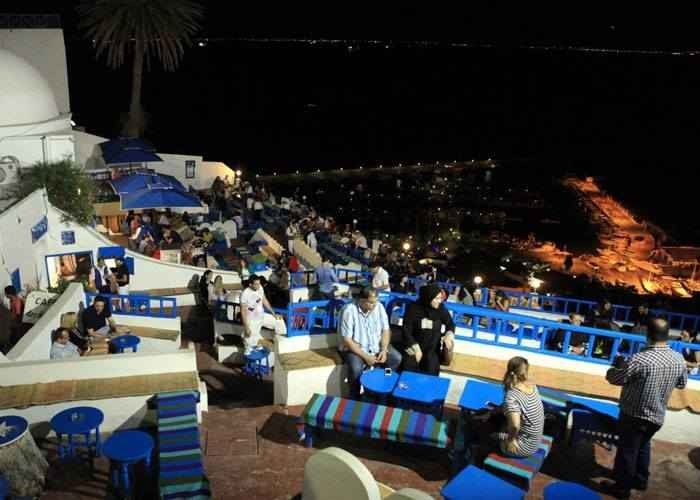 – “Sidi Chebaan” café .. the most beautiful and famous Tunisian cafes where many visitors, especially families, go to. There is the city of Sidi Bou Said, which is a tourist attraction in itself. The cafe is characterized by a beautiful heritage character, as the seats are built of old stone and its mattresses are from the traditional heritage, which is the mats and kilims that He changed annually, and the café got a wide and even international fame. It was visited by a number of Arab artists, such as Abdel Halim Hafez, and pictures of clips from one of his films. P Your questions and head to him to spend the best times and enjoy the offers. Read also: the cheap markets in Tunisia .. and your comprehensive guide to shopping in green Tunisia at the lowest cost .. 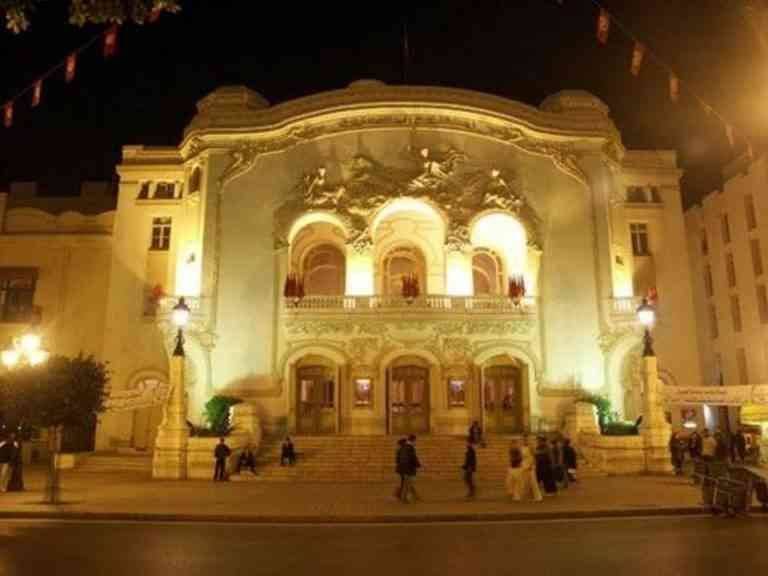 – “The Baladi Theater” .. If your family is a fan of art, we advise you to go to the Baladi Theater in Tunisia. It is located on Habib Bourguiba Street and it was opened in 1902 in the month of November, and at that time it was called “Baladi Tunisia Casino” and it is characterized by its wonderful architectural design by designer Jean Emil, in which several amendments were made in the year 1911, it was opened again to accommodate 1350 people, and in 2001 it was restored again when celebrating its centenary. It is an ancient theater that was originally for Europeans and important people, but in the sixties it began to receive the public and is now a public place available for all groups to enjoy Fine art that is presented so we advise you to Hub him with the family to see the different plays provided by artists from across the Arab world and popular performances representing the Tunisian culture and other arts. 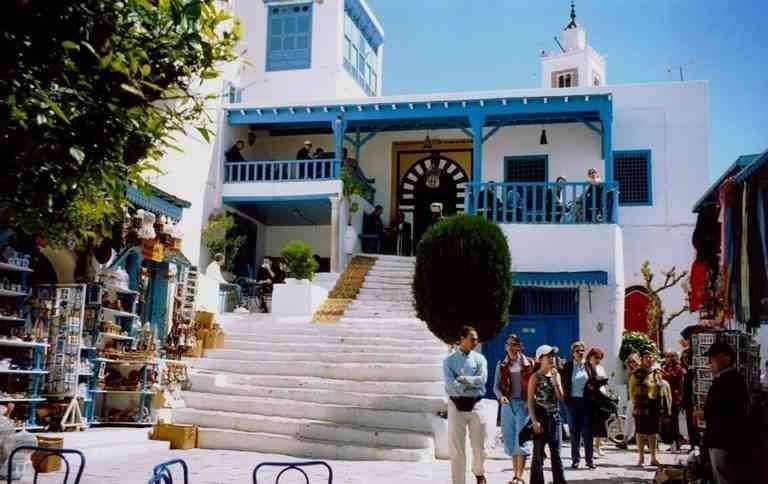 – “Al-Safsaf” Café .. An open historical café that has been built for more than a hundred years. It is located in the northern suburb of the capital. It is distinguished by its different composition where there is a natural water eye from which water is extracted from through a camel-driven wheelchair. You will enjoy the concerts with the original Tunisian character that it offers to its visitors in the spring and summer, but in the winter you can sit inside and watch the theater on which a number of shows are held, especially religious chants performances, especially in religious events, Ramadan and the festival shows that are organized annually and is Willow Nights Festival. 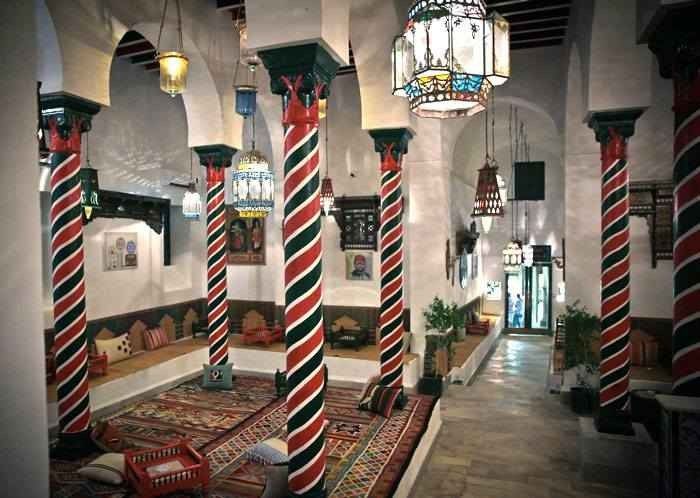 – “Al-Murabit Cafe” .. It is located next to the Zaytuna Mosque in the antique city in Tunis, and it is characterized by the presence of many popular markets around it, such as the Turk market, perfumers and cloth so you and your family can shop and buy what you want from the market then go to sit in it on the mats manufactured from the Simar plant and eat A beautiful drink while you watch the bands singing in it, we assure you, dear tourist, that you will spend the best times in it and get rid of the pressures of life, where simplicity, art and history, as the cafe was a meeting place for soldiers of the Ottoman army in the past.