Tourist places in The Hague, the Netherlands

What is the capital of Oman

The best 5 tourist places in Indonesia

The best 5 activities when visiting the TSE cable car

Home ⁄ Algeria ⁄ Famous food in Algeria .. the most prominent 17 meals and sweets in the Algerian cuisine
Share on
Facebook TwitterWhatsapp

The best 4 activities in Gove Biskra

The most beautiful tourist areas in Algeria .. Know the most important thing to visit!

The Algerian cuisine is distinguished by its diversity and creativity in the foods derived from marine or land production. Each Algerian region has its own famous foods and varieties differ for different and multiple environments, desert, marine, mountainous, and others. Learn the famous foods in Algeria.

The components of the Algerian cuisine vary from vegetables, meat, spices, fish and fruits, whether it is dried or fresh fruits and vegetables. There is no Algerian dish without vegetables, as it is an essential ingredient.

Couscous is considered an Algerian food that symbolizes all the kitchens of the Arab Maghreb in general and Algeria in particular. No one goes to Algeria without enjoying the delicious Algerian couscous, as it is an identity and cultural symbol for the region. You find couscous in the Algerian parties, whether circumcision parties, marriage, or funerals as an integrated meal It combines dry legumes such as beans, chickpeas, and vegetables, as well as meat, as well as flour and twisted flour. Couscous is famous for its pottery dishes, that is, it is cooked in couscous pots made from pottery decorated with wonderful drawings. 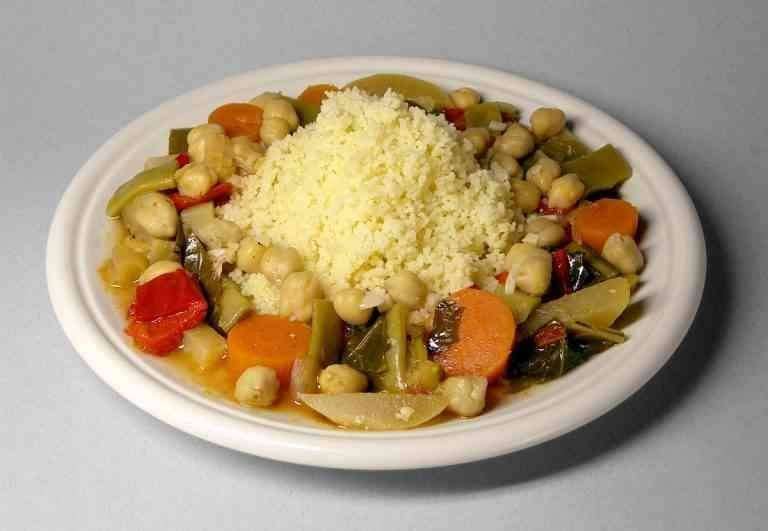 Percussion is one of the most delicious Algerian dishes, and it consists of various types of meat with cubes of delicious vegetables such as carrots, turnips, and tomato paste. Add seasoning and spices famous in the Maghreb to give them a delicious good flavor.

The Algerian dish is called garlic because it uses large quantities of garlic, and the reason for this is its multiple benefits besides giving it a distinct flavor for food. Garlic is made by cutting meat into medium size pieces and this delicious Algerian dish is served with delicious flavored salad with wonderful spices flavor. 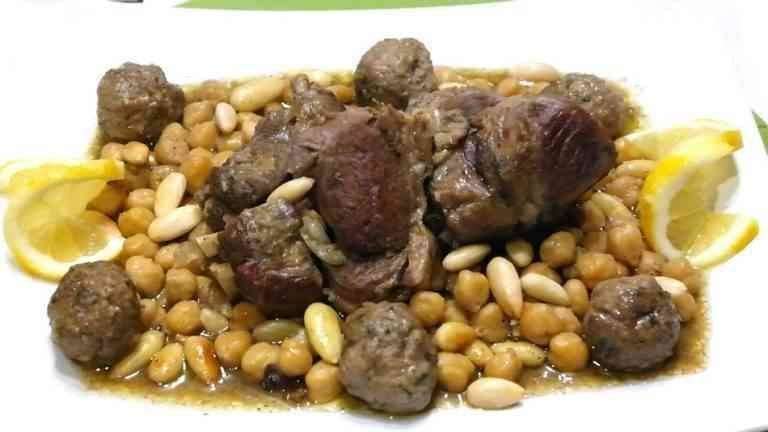 The tagine is one of the most popular dishes in Algeria, and the entire Maghreb. It consists of vegetables and meat, as well as dry fruits and has many types such as olive tagine, pear tagine, seafood tagine, and meat tagine. 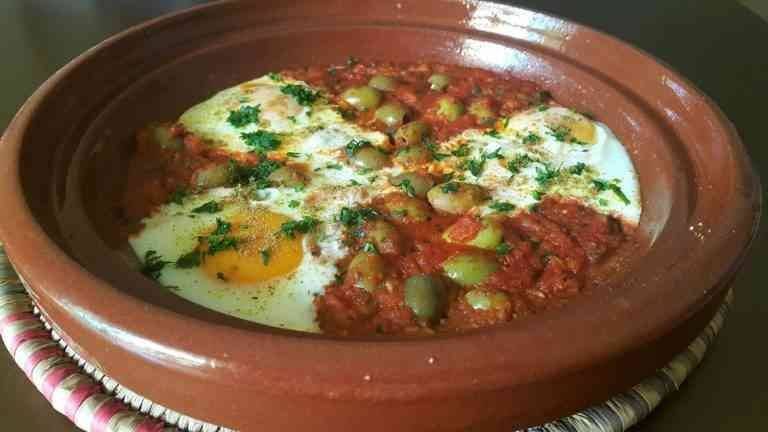 Read:The 3 best beaches in Bejaia are recommended to visit

From Algerian cuisine, Dubara is considered one of the most famous foods in Algeria, and it is spread in most of the city in sugar and has many types. Some of it is dubarah beans, which must be soaked beans first of the whole night until they are easy to ripen. And from the chickpeas dubarah, in which the chickpeas are soaked overnight, and then a broth of the previous ingredients is prepared, including the bean and chickpeas doubbara together, and of course we must soak them before the night and they are settled with the previous mixture in addition to the spices. Its frequently prepared in the winter in particular season.

Special cuisine on holidays in Algeria

Algerians do not dispense with the dish of the gangs during the blessed Eid Al-Adha, as it is one of the manifestations of celebrating the feast in Algeria, as well as Tunisia, Libya, and of course Egypt, but it has another name, which is the Mambar. Rice, bacon, or couscous. 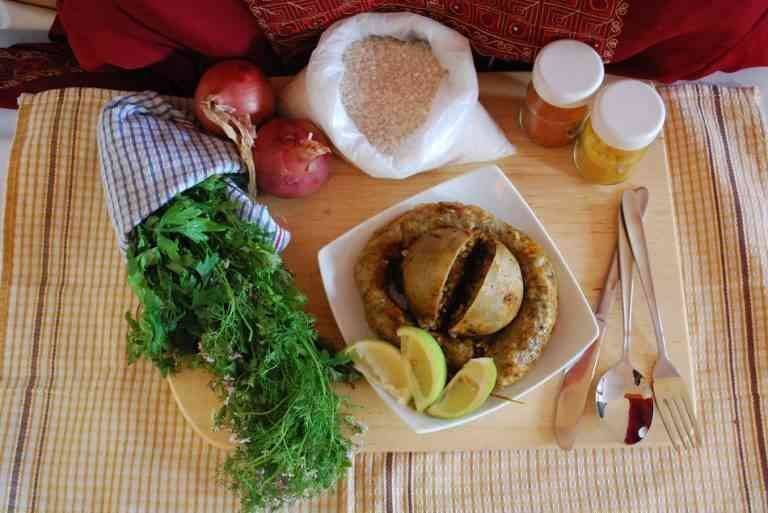 Al Asban – The most popular cuisine in Algeria

It is a type of cuisine famous in the Algerian cuisine, as well as one of their most famous meals in weddings and occasions. It is a dough kneading, cutting and cooking with meat. The crumbs are more creamy than the other kind and the dough flakes are prepared using the oiled iron tin to prevent their adhesion. 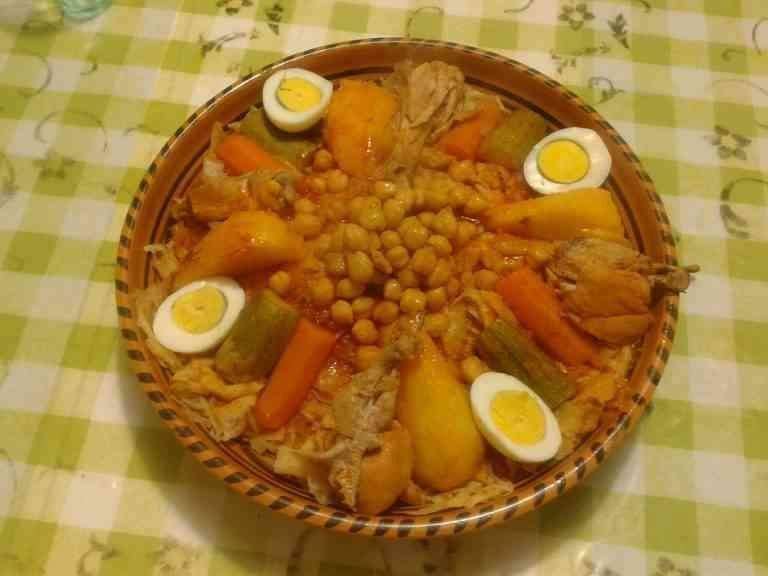 Al-Shakhchoukh – the most famous food in Algeria

They sprayed it from the Algerian cuisine …

One of the most popular and popular Algerian cuisine, it is a dough called the sprinkle and resembles pasta and the dough is decorated with zucchini and chickpeas and chickpeas sauce. 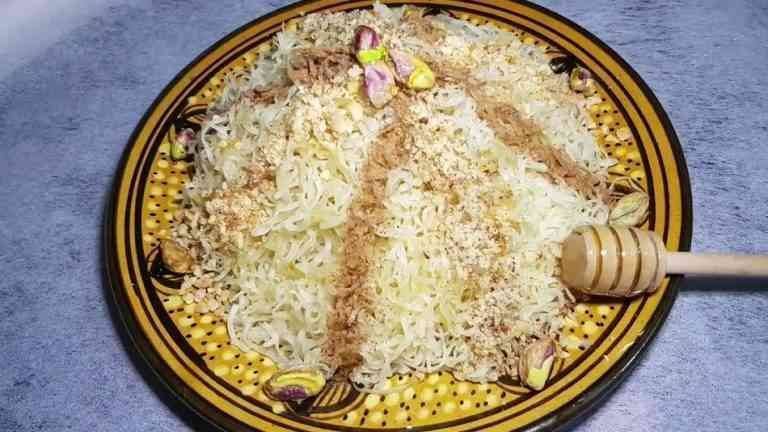 Rashtah – the most famous food in Algeria

Eating is very common in the Algerian cuisine in particular and the Arab Maghreb in general and its names differ, which is a thin dough filled with different fillings of vegetables and meat and then fried in oil. 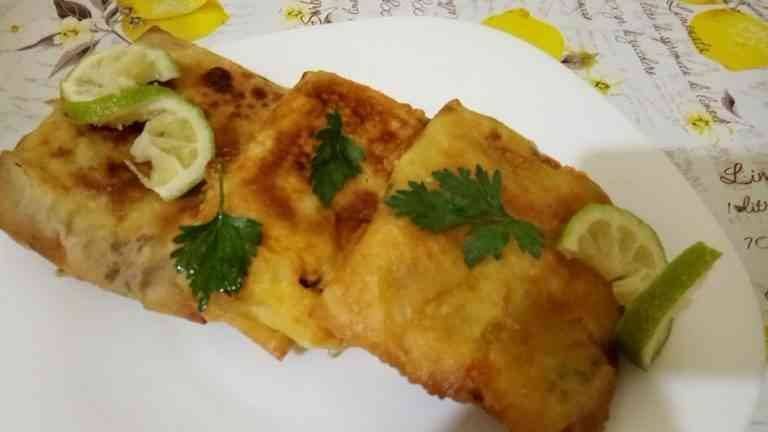 Of spicy delicious foods to rely on hot green pepper and cooked in ragged bread without fermentation of wheat flour and used sliced ​​tomatoes and coriander, water, green olives and garlic, all the previous ingredients are mixed in a skillet. Add the spices until a delicious broth is mixed with crumbs and served with chickpeas Pieces of meat and vegetables, and for their unity, they are also served with appetizers, such as salad or milk, and are eaten with the wooden spoons that are eaten. 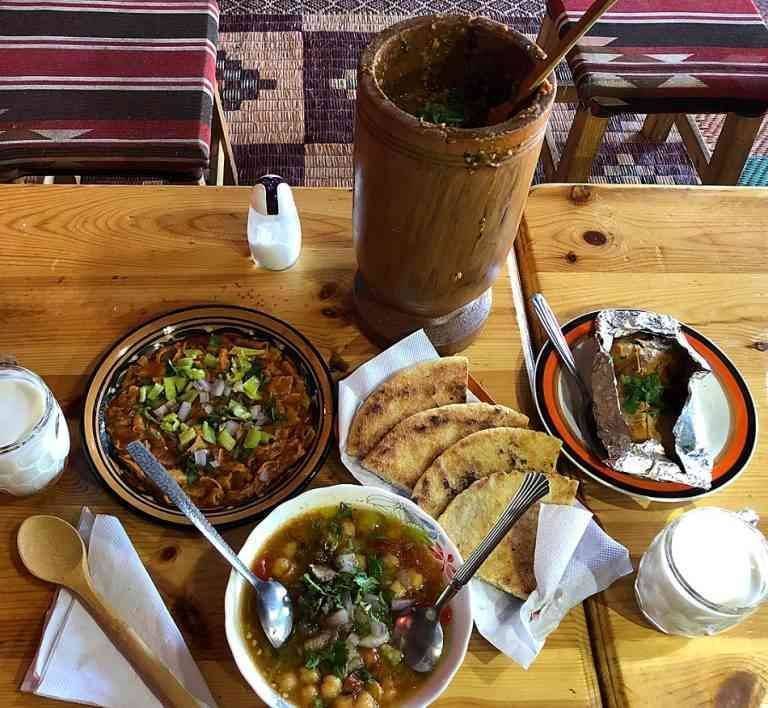 Freekeh soup is one of the most delicious foods in Algeria as it is a delicious and creamy food because it contains meat pieces mixed with fresh coriander chopped with pepper, onion and garlic, of course and the main ingredient is the freeke. 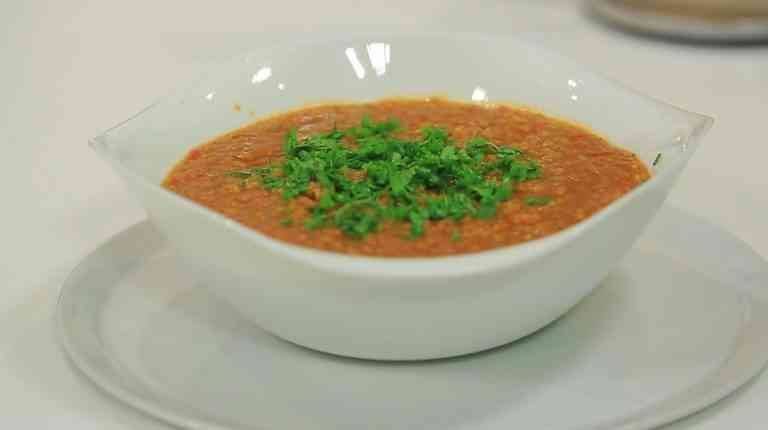 The most famous Algerian sweets

If we talk about the Algerian cuisine, it is necessary to talk about sweet, delicious sweets with an oriental character, the foremost of which is:

Oriental sweets are simple but very delicious, the Arab community is famous for it in general, but Algeria prepares it with a special flavor, consisting of sugar, starch and flour and fried in copious oil and is placed in the syrup consisting of water, lemon and vanilla with sugar, which is one of the sweets that are used in occasions to welcome guests. 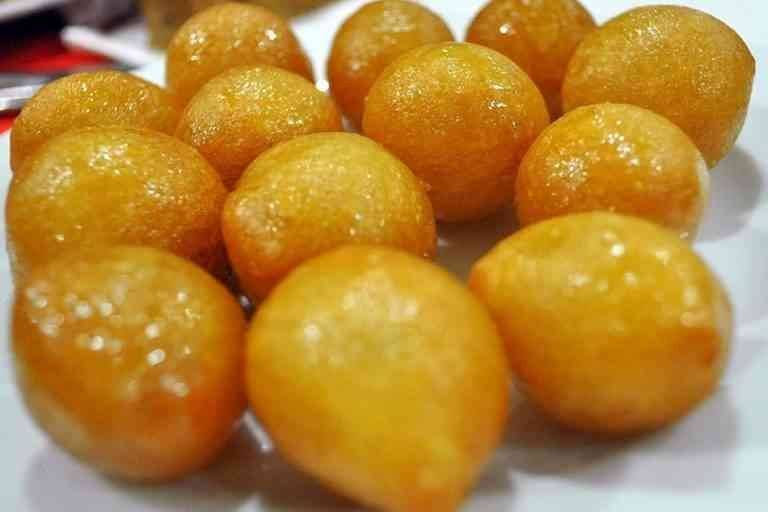 Dumplings – the most famous food in Algeria

A type of Algerian sweets is a light biscuit that is stuffed with dates that were previously kneaded with ghee and used by the Algerians in their family sessions while drinking coffee or tea, as well as being offered to welcome guests and friends.

Of the types of Algerian sweets consisting of a mixture mixed with semolina and flour, which knead and fry in copious oil, then watered with a drink previously made of water, lemon, sugar and vanilla with a sweet smell, which gives it a wonderful flavor and makes it delicious and soft. 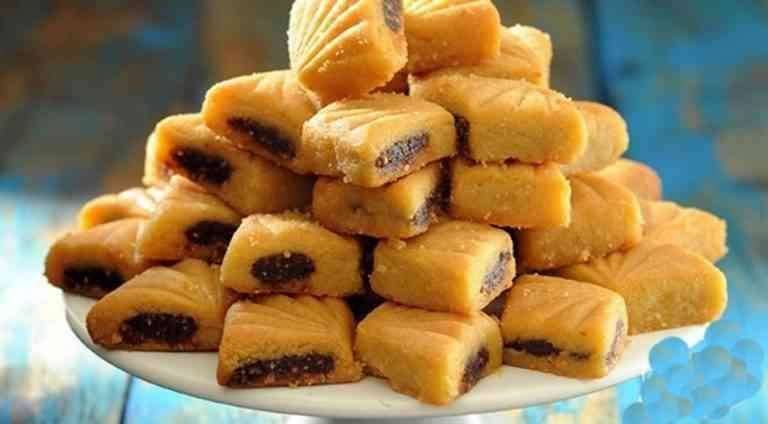 Algerian dessert in which the thick dough consisting of flour, butter and yeast is stuffed and stuffed with chopped boiled almonds, then they are watered with blossom water and syrup and are famous for most in parties and weddings.

It is one of the most delicious oriental sweets. It is one of the Arab sweets famous in Algeria. Its ingredients are easy but delicious. It consists of a mixture of semolina, flour, butter and sugar. It is baked in the oven or fried in oil and then watered with the usual drink made for sweets.

Algerians love bread and eat more, so you find them innovating in the use of wheat flour to form bread and diversity in its fillings and create delicious meals with it.

One of the most famous Algerian baked goods. It is a mixture of flour and water that results in a thin loaf called veiled and stuffed with tomatoes and onions and prepared in the form of square layers of dough and folded several times and then fried. 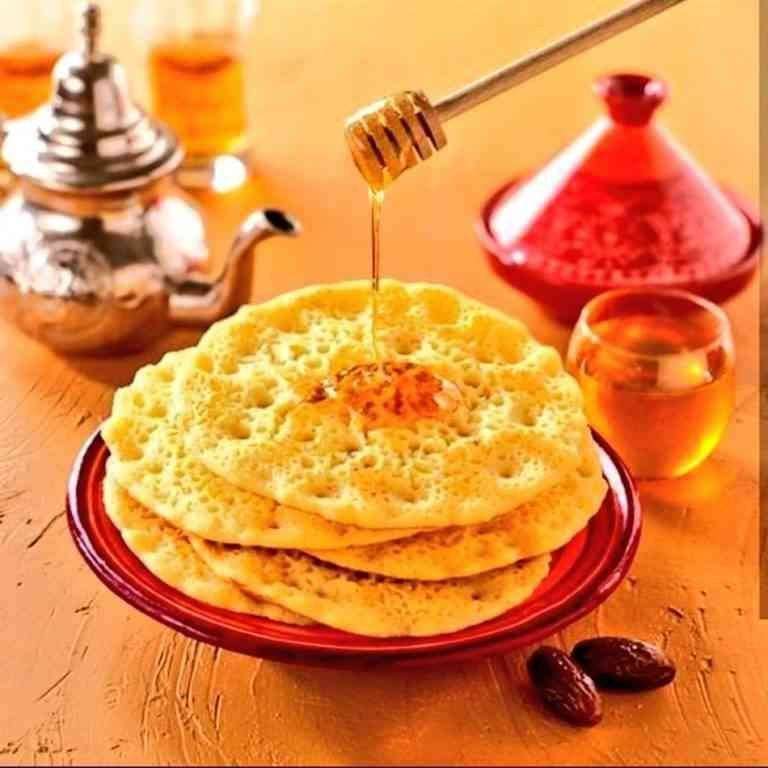 Tourism in the city of Rijeka Croatia: 10 best places to visit

You should visit Ghost Towns in the USA

The 3 best activities in the park Pettman Park Frankfurt Germany

Report on the apartments of the four seasons Taif

Cheap hotels in Dammam are almost similar to five-star hotels, but at unparalleled prices

6 of the best Alexandria restaurants in Egypt

The 7 best recommended Bristol hotels in Britain for 2022

Are the Hanging Gardens of Babylon now?

Top 5 activities in the Kingdom of Aladdin Qatar