French cuisine is known internationally as one of the foods of sophistication and unique taste, as traditional French cuisine is based on easy ingredients with natural flavors. Know with us the best famous foods in France.

One of the most famous food in France 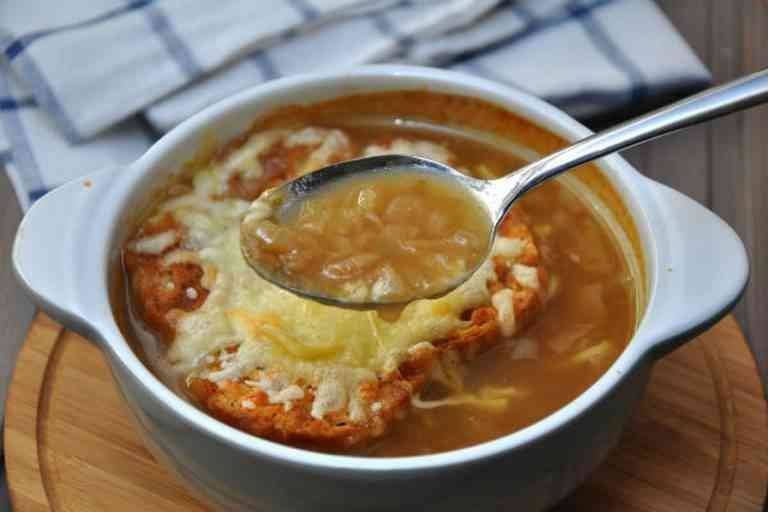 French onion soup..This traditional French soup is prepared from onions and meat broth, and is often eaten with toast and melted cheese on top. This soup originates from the Romans, and was considered one of the poor’s foods, and the origin of the current dish dates back to the eighteenth century, as The smeared and caramelized onions give it a delicious, delicious taste that is slowly cooked, and often the meat or water broth is placed, and milk, eggs, or flour are put so that the consistency of the soup is thick. 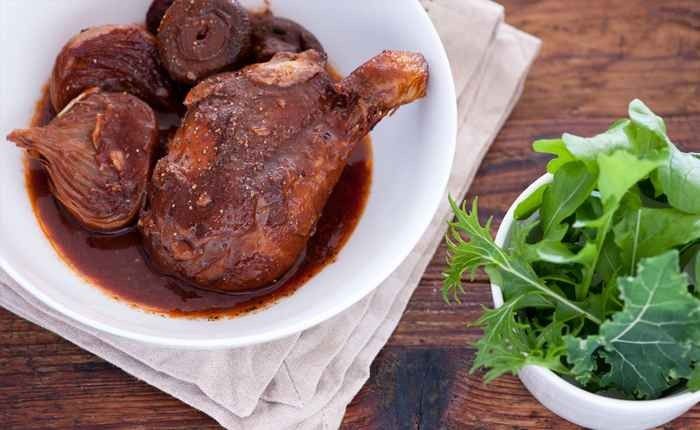 Coq au vin .. Of the famous food in France, the fame of this French dish came from the inspired books and TV programs presented by the well-known chef “Julia Child”, which is one of the distinctive dishes for her. This dish includes slowly cooked chicken with mushrooms, bacon, onions and garlic, and the name of the food is translated into “slowly cooked rooster” where chicken is often used in this dish, and this dish is prepared in a number of different ways depending on the region. 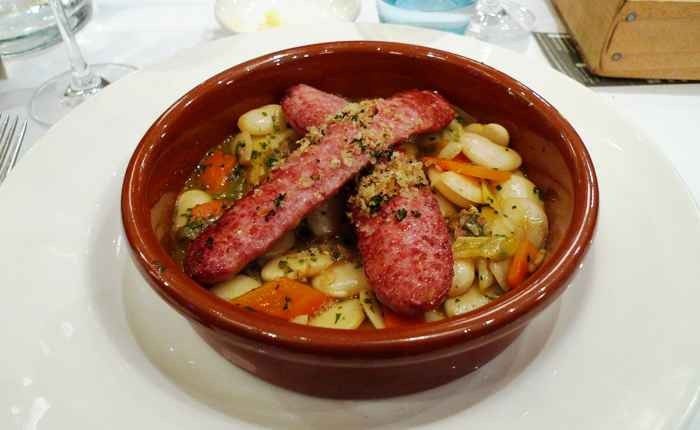 Cassoulet .. Cassoulet is one of the most delicious dishes that many want to eat, and it consists of white beans cooked slowly with meat, ducks, sausage, lamb or any other type of meat. The origin of this dish belongs to the peasants from southern France It is known in many cities, including Toulouse and the French city of Karkashoun, as the name of the dish is taken from the word cassole, meaning the “container” which is prepared in it and which mostly takes the form of an inverted cone to be a crunchy crust of appetite. . 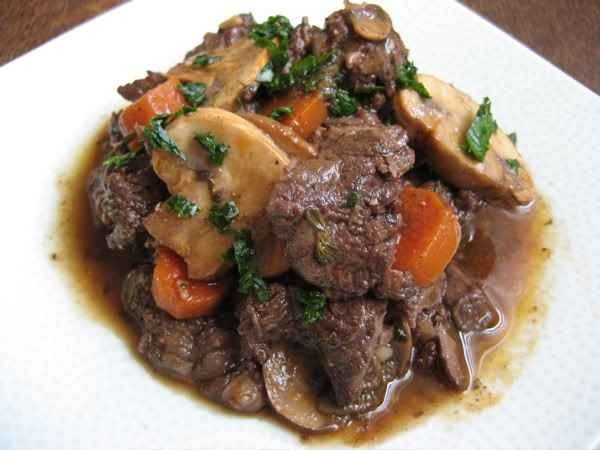 Burgundy beef dish .. It is one of the most famous food in France and internationally famous also, and its origin dates back to eastern France and is very similar to the Coq au vin dish. The dish is a soup made of beef cooked slowly in grape juice and meat broth and spiced with garlic, small onions Next to fresh herbs and mushrooms, this dish is an example of serving easy traditional peasant dishes to be one of the finest French foods, where the slow cooking method was used in grape juice to soften the tough and cheap pieces of meat, and cooking the meat through this traditional recipe takes about 48 hours To give more Flavor in the soup. 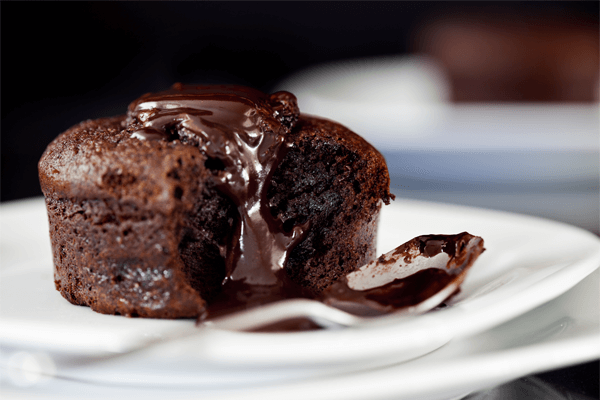 Chocolate souffle .. Of the famous food in France and the word Souffle comes from the French word puff, meaning “blown”, and it is a delicious food consisting of eggs and is known by its light and airy texture, and this dish dates back to the beginnings of the eighteenth century in France. Or salty, and the chocolate souffle is characterized by its presence on desserts lists in most parts of the world, which is known as a crunchy wrapper and contains melted chocolate, which makes this delicious dessert topping the list of most delicious desserts globally. 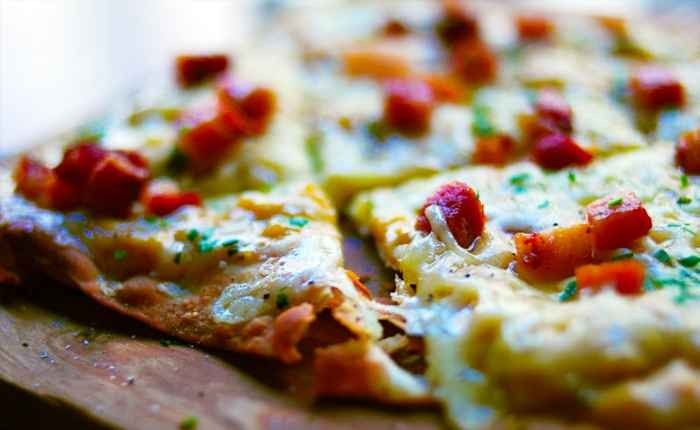 Flamiche pie “Flamehe pie” .. The word “Flamiche” refers to “cake” in the Flemish language, as this dish dates back to the north of France, close to the borders with Belgium. It is a pie consisting of laminated dough that is stuffed with cheese and vegetables, and there is also the traditional French filling which Another mixture of leek and cream is another pizza-like recipe from Flamiche Pie, where the filling is added to the top of the lattice dough. In southern France a pissaladière, a thin anchovy-wrapped pie, onion and olive, is eaten. 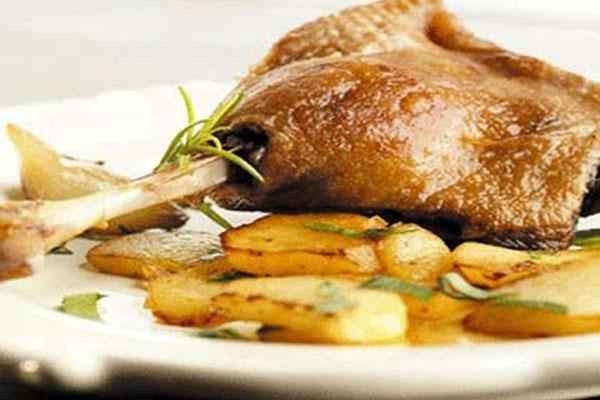 Confit de canard duck confit dish .. Confit de canard dish is one of the famous and delicious dishes in France and includes ducks, and it is considered one of the luxurious French dishes, and the meat is made a sauce through a method of cooking slowly dating back centuries, where duck meat is soaked in salt, Garlic and thyme for a period of about 36 hours, then slowly cooked slowly in the duck fat over a low heat (instead of thick frying). It is often eaten with potatoes and garlic cooked in the same way, and today this French meal is eaten in most parts of France, although it is a specialty Gasconian website.

Nissauise Salad is one of the traditional French salads traced back to the Provence region, which can be taken as a side dish or as a full meal. It is a salad that consists in abundance of lettuce, fresh tomatoes, in addition to boiled eggs, canned tuna, green beans, Nicoise Cailletier, premium olive and anchovy, and this salad is prepared in many other ways in many places. 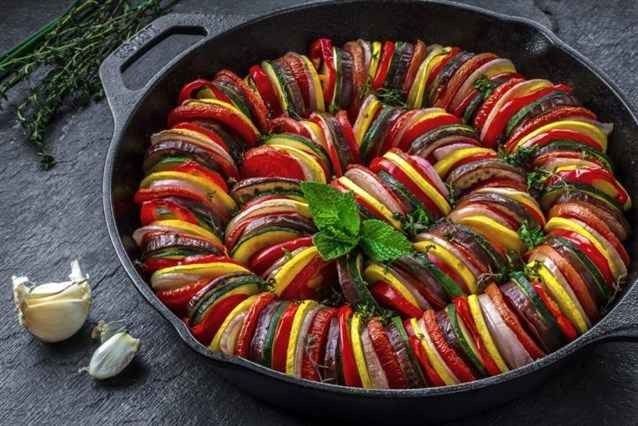 Ratatouille … from the world-famous French cuisine, and it is a dish that is once again found in the Provence region in southeastern France, and it is a food made of cooked vegetables that can be eaten as a side dish, or a complete meal or stuffing for second dishes such as crepe and omelette. Vegetables first in a pot over a high heat with a small amount of fat, then they are baked in the oven in a special bowl, as the French chefs opinions expressed on the correct recipe for cooking a ratatouille dish, some of them did not see it good to cook all vegetables together, such as chef Julia Child, and they saw It is necessary to cook the vegetables all by themselves and then put them together on a plate Bread. Ratatouille dish includes tomatoes, garlic, onions, zucchini, eggplant, carrots, peppers, basil, oregano, thyme and a number of other fresh herbs such as herbs obtained from the Provence region. There is a known similar dish in the French Basque region called piperade But bacon and sometimes eggs are put into a ripe vegetable mixture. 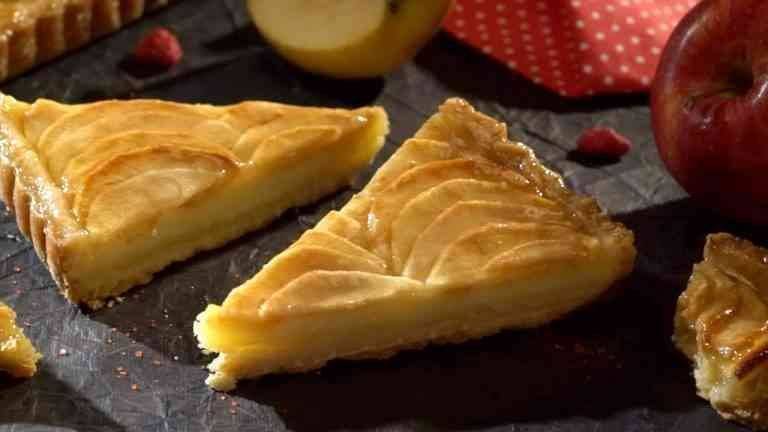 Apple pie Tarte tatin .. is one of the famous food in France and some say that the French apple pie was prepared by mistake in 1898, when the chef “Stephanie Tatan” was preparing the traditional apple pie, where she had – by mistake – left the apples in Sugar and butter for a long time in the pan, and in order to avoid the corruption of the dessert, she said that she added a layer of pastry on top of the fruits and put the pan in the oven. It is a luxurious dessert in the hotel.

Croissants are considered French dishes as they are light, frothy (includes butter) and thin, and they can be found in any French bakery.

Among the most famous foods in France, the Connelly de Broche dessert is similar to a dessert with dumplings, as this dish is eaten as a basic dessert from the city of Lyon, and it consists of creamy fish, butter, along with bread crumbs and lobster sauce, as it is a rich but light food in The same time. 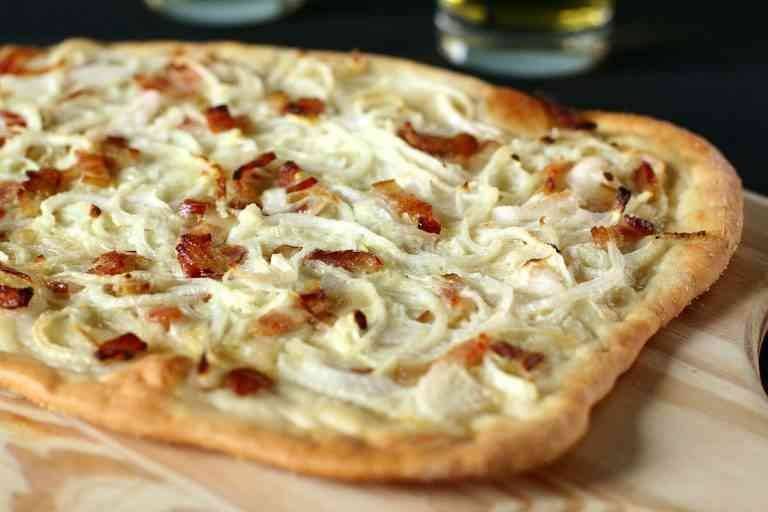 Flambi tart..it is a thin pizza with a crunchy taste, as the origin of this dish is due to Alsace, which is a region in France, and the tarte flambi is clad with sour cream sauce and the onions are divided into thin slices.

The “Madeleine” dessert is between biscuit and cake, it is a French dessert that is baked and contains butter, and it is also sponge.

Soka is a type of pancake, “the pie”, which is considered to be chickpea flour and olive oil. It can be found in the city of Nice. It is usually seasoned with brown pepper and is eaten hot.