Famous food in Thailand .. Dear tourist The cuisine in Thailand is known as one of the best kitchens in the world and offers delicious cuisine with different flavors.

Thai cuisine is known for its spicy food, which is widely used by many types of distinctive local spices, and in its rich color with beautiful and rare colors. These dishes also gained international fame due to their delicious, spicy and enjoyable taste. 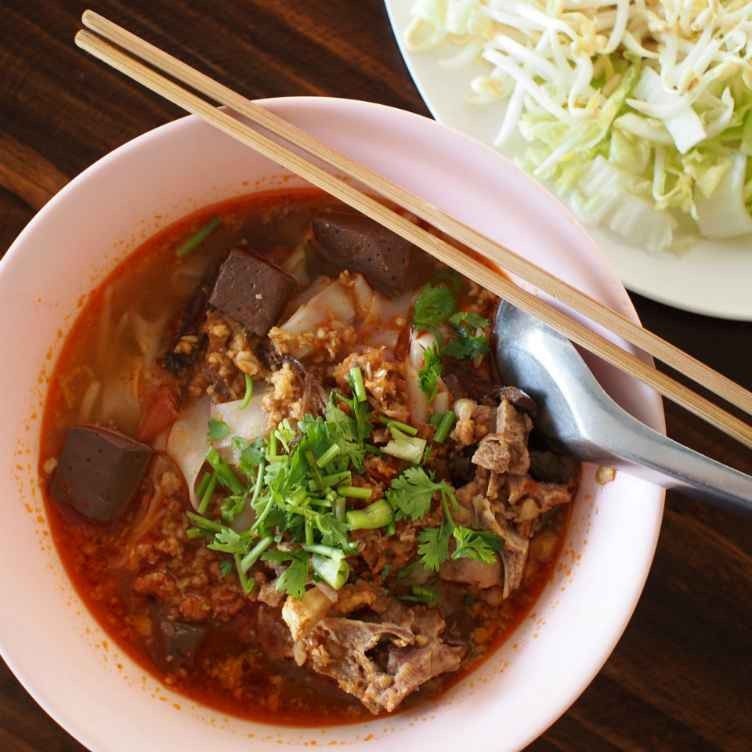 This meal is eaten in northern Thailand, which is a cold salad consisting of minced meat with hot and dry local spices, including cumin, cloves, lysum, vomit, cinnamon and vegetables such as green chili, mint and green onions. Rice is eaten next to the dish.

This fresh salad is found in northern Thailand, and it resembles the salad of the larb, but it differs in the fact that the tok salad includes red onions and sliced ​​meat, not chopped, and the hot red pepper is placed with it. 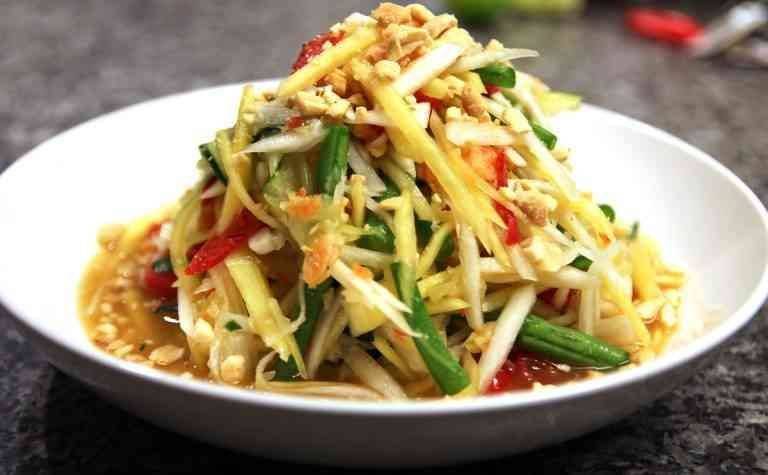 Sum Tum This power is eaten in many countries in the Far East, but the Thai cooking recipe has won a global match and is one of the 50 most delicious meals in the world. It mainly consists of papaya slices, Asian green beans, and lime slices that resemble small green lemons, hot peppers and sometimes The meal is put into the crab meat for flavor.

One of the most famous foods in Thailand in the world, which is found in the central region of Thailand, and includes noodles cooked with fish sauce and spicy spices such as red pepper, eggs, buds and prawns. 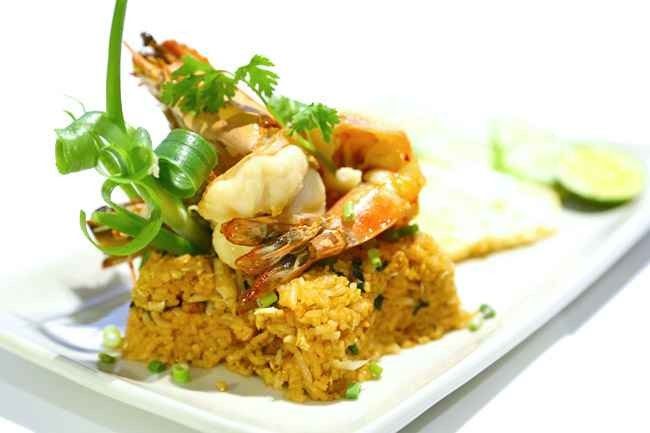 Khao, this meal is extensively present in the central region of Thailand, and it consists of eating rice cooked with chicken meat, prawns or crab, eggs, onions and garlic, and sometimes other vegetables are put tomatoes and zucchini, and some local spices such as soy and hot pepper sauce. 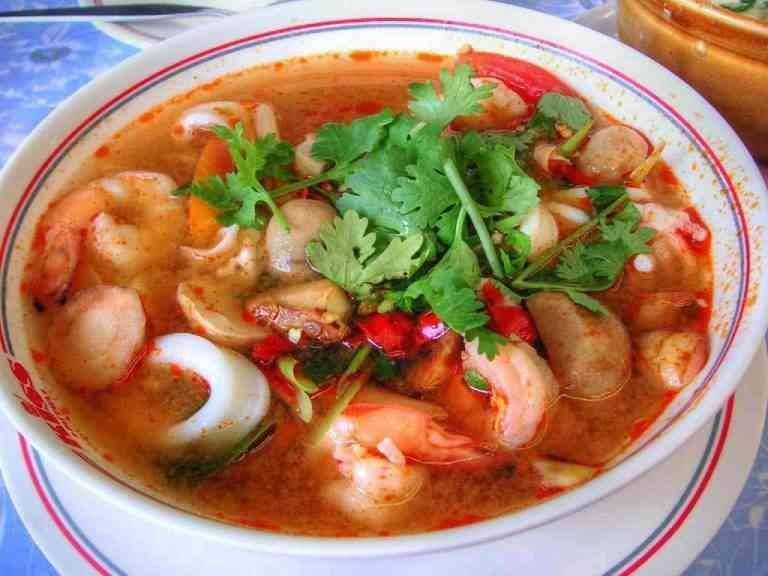 Tom Yam, Tom Yam Soup is one of the most famous and delicious Thai food around the world, which is known for its spicy and sour flavor, and contains broth with herbs and spices such as lemon grass, lime, ginger, fish sauce, hot red pepper and usually prawns.

It is considered one of the famous and topped foods in the center of Thailand, which is a soup that includes chicken meat or livestock cooked with curry, lemon and onion and coriander, in addition to garlic, cumin, hot red pepper, ground pistachio and shrimp sauce.

Kaying Masaman, one of the hot Thai dishes in the southern region, is part of the Islamic community, and includes beef, roasted pistachios, potatoes and onions, along with anise, hot red pepper and tamarind sauce.

One of the popular dishes in Thailand, which is fried salty and slightly sweet fried chicken with cashew nuts, and it fits well with children, or beginners who do not eat spices frequently. 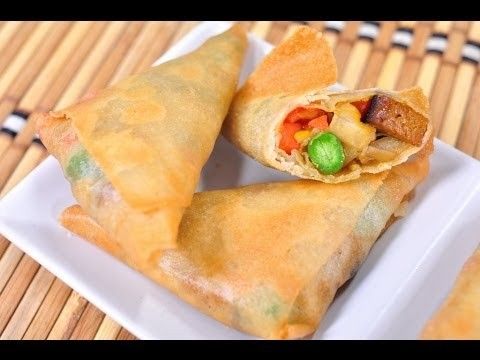 Por Pia Tord This dish is an appetizer, and the most popular among foreigners because it is not hot. It is fried green rolls (fragile pastries) with a filling of fried vegetables.

This dish consists of meat (beef or chicken) with hot coconut cream, which is a sweet and not very hot dish, preferably eaten with a plate of hot cooked rice. 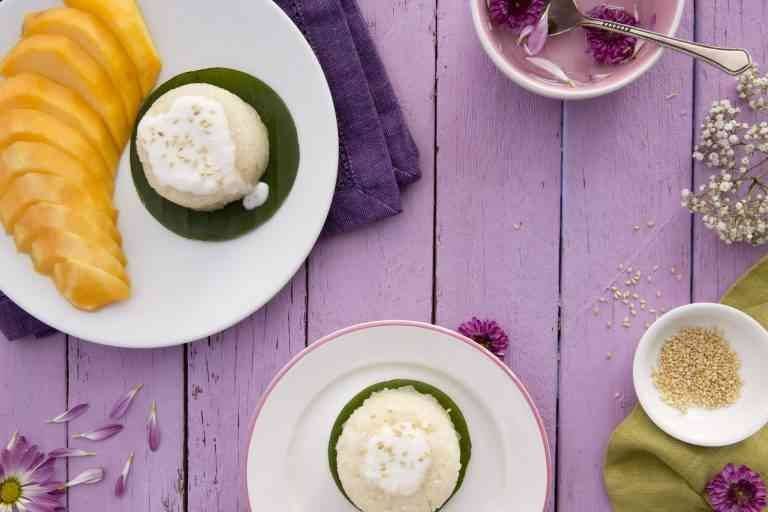 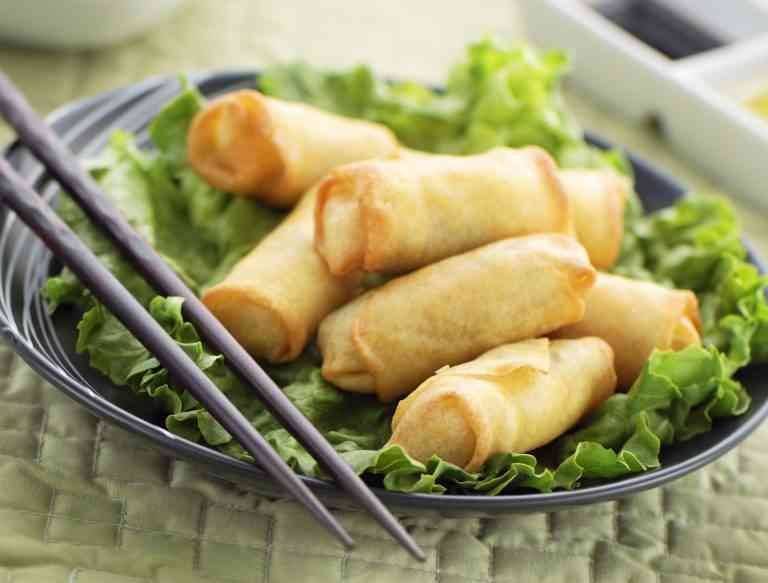 Spring rolls are one of the main appetizers for many people, and they consist of meat, garlic, rice dough with noodles, bean sprouts, white cabbage, and one egg. The noodles are soaked until they are soft, then all the contents of meat, eggs, and garlic are placed in a frying pan and these contents are browned until they take the golden shape and then A tablespoon of soy sauce is placed when it is ready to leave aside. The flour is mixed with water until it is liquid and then lowered into a frying pan and prepared like a small baking discs, and when it is finished we stuff the contents inside the kilo tablets and rotate half of the circle and embellish it with sprouts buds And Leah.

Tourism in the city of Rijeka Croatia: 10 best places to visit